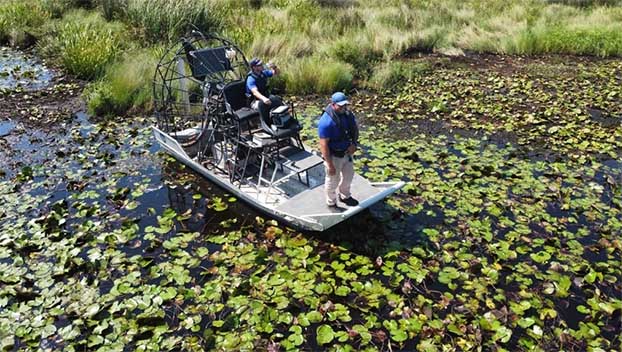 A Louisiana coroner confirmed that human remains found inside a 12-foot alligator belonged to the 71-year-old man who was attacked by the alligator as he waded in floodwaters after Hurricane Ida passed.

The St. Tammany Parish Coroner confirmed to The Advocate newspaper that DNA samples proved the alligator had eaten Timothy Satterlee who lived near Slidell.

Satterlee’s wife witnessed the alligator attack and after realizing how severely he was injured left in a boat to find help and reach an area where she could get a signal on her phone to call 911. When she returned his body was missing and a search for the alligator responsible began. With an enormous population of alligators in Louisiana, the search was a bit like finding a needle in a haystack.

But officials got lucky.

St. Tammany Parish Sheriff’s Office deputies and Louisiana wildlife officials spotted the suspected alligator approximately two weeks after the attack in the same area where Satterlee disappeared. Officials rolled the dice and captured then killed the more than 500-pound alligator.

When they dissected the animal, they found human remains still inside.