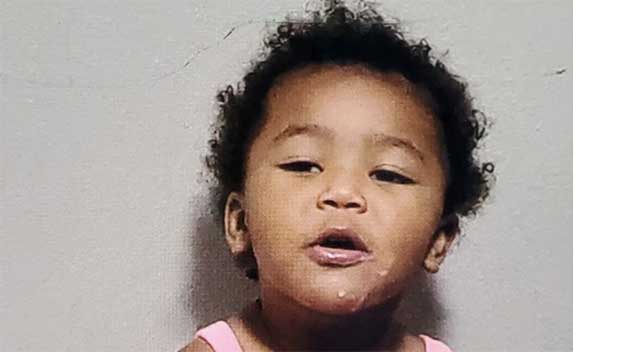 Pearl River County Coroner Derek Turnage confirmed to Gulf Coast media outlets that the body of a girl believed to be missing 2-year-old Navaeh Allen was found in the Logtown area near Pearlington Sunday. She had been the subject of a search for the last two days.

Allen was reported missing Friday afternoon in Baton Rouge. She was reportedly last seen by her stepfather, Phillip Gardner, when he put her down for a nap at approximately 1 p.m. Friday, police say.

Gardner was charged overnight with unlawful disposal of remains and obstruction of justice, WLOX-TV reported.

Allen’s mother, Lanaya Cardwell, reportedly had a difficult relationship with Gardner. Family members told The Advocate newspaper that their relationship was “toxic” and occasionally violent, which even spilled over to involve the 2-year-old.