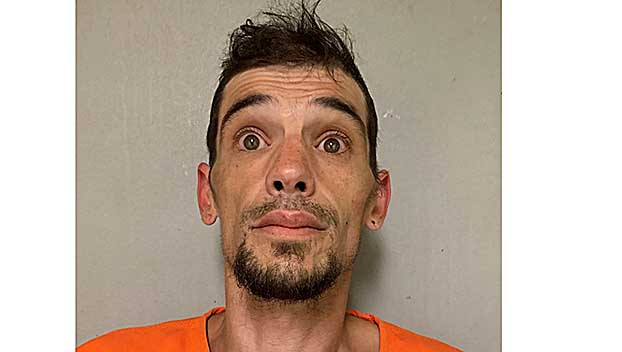 Less than a week after being arrested for stealing, an Alabama man was found sleeping surrounded by what police say was evidence of his latest crime.

on September 17, Matthew Williamson, 37, was arrested and charged by Pleasant Grove Police Officers with unlawful breaking and entering of a vehicle and third-degree theft of property, police said.

Williamson bonded out of jail. Two hours later police say he stole a car in Hueytown, Alabama, and hid it in Pleasant Grove, Alabama.

Last Wednesday, police say someone broke into the concession stand at the Pleasant Grove Athletic Complex, stealing what police described as a “large quantity of snacks.”

The following morning, less than a week after he was originally arrested, police say Williamson was found asleep inside the press box at the Athletic Complex. He was surrounded by piles of chicken fingers, chips, candy and methamphetamine.

Police say after he was awakened, Williamson admitted to the burglaries and the car theft.

After hours of searching police capture teen charged with…