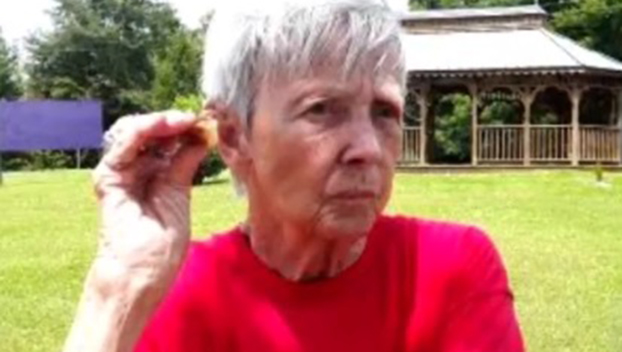 The search for a Mississippi woman who has been missing for nearly a month has expanded after rescue dogs picked up her scent along a state highway.

Officials from the Kemper County Sheriff’s Office said that a search and rescue K-9 has captured the scent of 79-year-old Molly Ruth Netherland.

Dogs picked up her scent along Highway 495. The search for the woman who has been missing from her Kemper County home since Sept. 2. has expanded south into Lauderdale County.

Netherland reportedly suffers from dementia. Right before she went missing, she was talking about going to Pascagoula to get some papers. Netherland used to live in Pascagoula, but that was more than 15 years ago.

The search for a missing Kemper County woman has expanded into Lauderdale County.

She was last seen at her home on Old Jackson Rd. in Kemper County. Sheriff James Moore says they are looking into every possible lead associated with her disappearance.

During the initial search, dogs were able to track Netherland’s scent south on Highway 495.