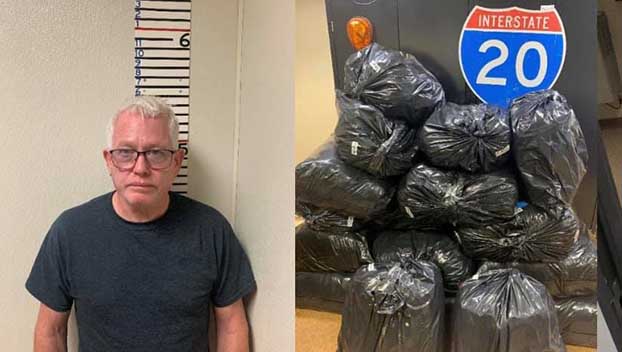 Mississippi police arrested a California man Tuesday after a traffic stop revealed the man was carrying 364 pounds of marijuana in his car.

Brandon Police said William Henry, 62, of Hesperia, California, was stopped for a traffic violation on Interstate 20 in Brandon.

The officer said he became suspicious of Henry and searched the vehicle and found the marijuana.

Police said they estimate that the 364 pounds of marijuana would have a street value of approximately $1.1 million.

Police said they ultimately learned that Henry had an extensive criminal history in several states and at the federal level, including drug trafficking and manufacturing.

Henry was arrested and charged with Trafficking a Controlled Substance and booked into the Rankin County Jail with a $250,000 bond. Henry is scheduled to appear in Brandon Municipal Court on September 29, 2021 for initial appearance.