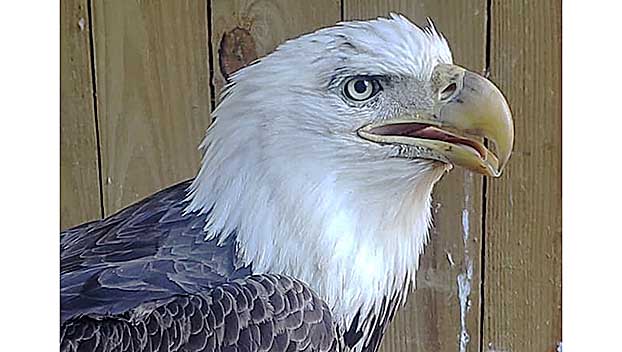 A Mississippi wildlife rescue group called out for help from area fishermen earlier this week as they needed a little variety in the diet of a bald eagle the group’s volunteers are nursing back to health after a collision with a car.

The bald eagle was apparently struck by a car in the Oxford area but is believed to have no major injuries. But after a couple of days of deer meet and goose meat, well, the majestic bird simply needed a little something different.

“Anyone in the Olive Branch/Hernando area out fishing today?” the group posted on social media. “We need a few larger fish, at least 6 in long for our patient!”

Fishermen obviously answered the call because a later post showed the eagle eating along with a caption.

“Who says you can’t have Sushi for breakfast?” the group wrote.

The eagle is doing well, the volunteers report, and veterinarians expect her to make a full recovery in a week or two and expect her to be released then.