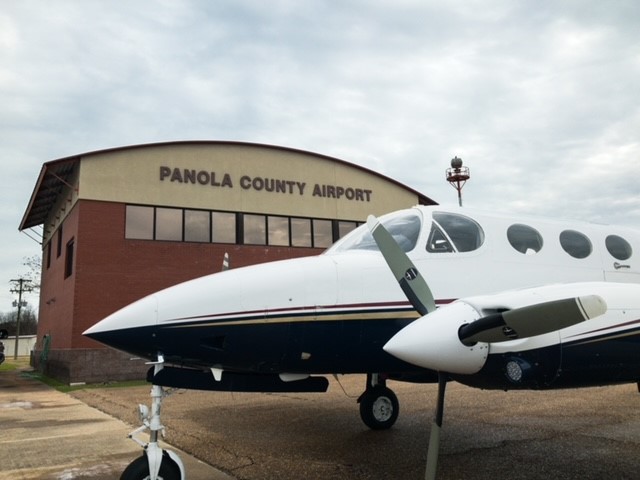 Panola Partnership CEO Joe Azar and Robbie Haley relayed the news to the Panola County Airport Board, Batesville’s Mayor and Board of Aldermen, the Board of Supervisors, the board of directors of the Partnership, and the newly formed Panola County/NWCC Aviation Advisors Board, among others, saying the recent economic developments in the city and county will produce a “growth explosion that will make Batesville and Panola County pop.”

“When fully operational students from across North Mississippi and West Tennessee will be able to attend full-time classes either at The Concourse campus or in classrooms and training centers at the airport that will earn them an associate’s degree in any of these high-paying aviation opportunities,” Azar said. “From here, those students can earn a bachelor’s degree at a four-year university.”
The Northwest program will work on the 2 Plus 2 model with Delta State University which has the state’s only four-year aviation program.

Azar said he believes the Panola County Airport was chosen because of its central location, desirable wind conditions, the type of airspace for pilot training and exercises, and the cooperation of city and county officials to accommodate the program requirements highlighted by Northwest CC.

“Of course, there are many, many other factors that come into play with this type of request for proposal, and everybody pulled together to make our presentation reflect what we believe would be the most beneficial for Northwest,” Azar said. “In the end, it really was a huge team effort and the citizens of Panola County can be proud that our county was able to land these programs.”

As with any major project, there is a long list of smaller projects that will need to be completed before students will begin aviation training at the airport. This includes the construction of four buildings – projected to cost $20 million, and the administrative details that will guide the day-to-day operations of an airport that will also be a full-time college campus.

“The first class of diesel mechanics started at The Concourse this fall and with the completion of each phase there will be more and more students in Batesville every day of the school year. Add to that the probability of 700 aviation students annually coming to Panola County for training and it’s easy to see that our area is set for exponential growth potential,” Azar said.

Before the acquisition of a county airport, there was a landing field at a nearby location which William Faulkner would frequent offering $5 plane rides in the 1940s and 50s. At that point in his life, this was merely a hobby that he wanted to share with others.

In 1958, a quintet from Batesville’s Rotary Club spotted a potential airport site. It became apparent to business leaders that air transportation would have a bearing on the county’s economic future. The land was soon purchased by Panola County from Carl McCown.

Following the county’s acquisition of the land, a metal hangar was constructed which included office space. Since that time, the airport has been operated under a management contract.

The first master plan for the airport was made by Michael Baker Consulting Engineers and was adopted by the supervisors in April 1959. The airport provides commercial service and is active in aerial defoliation and the application of herbicides.

A new terminal building was constructed in 2002.

The Airport Master Plan is made to be flexible and updated regularly by the professional engineering and consulting team at Garver Aviation.

More recently, in 2018, the airport underwent a concrete apron rehabilitation project. It will be addressed again in 2023.

In 2020, Panola completed a runway rehabilitation project and made electrical improvements including a state-of-the-art electrical vault.

In 2021, the airport installed a new beacon. The new beacon increased visibility and improved the safety of airport operations. The beacon is installed in a tip-down pole to allow for easy access and repairs that will minimize the downtime in case of any malfunctioning.

Also, in 2021, the airport is undergoing the rehabilitation of its parallel taxiway and should be completed this year.

Basically, an upgrade rotation is addressed each year; runway, taxiway, and apron.

The next pavement rehabilitation project is expected to bid in 2022 and will rehabilitate the apron by 2023.

Other upcoming projects planned for the next years are removal of runway and taxiway lights and signs and replacement with LED lights, improvements of the terminal access area and parking and fencing.