Is the earth getting dimmer? Researchers of earthshine suggest that it is 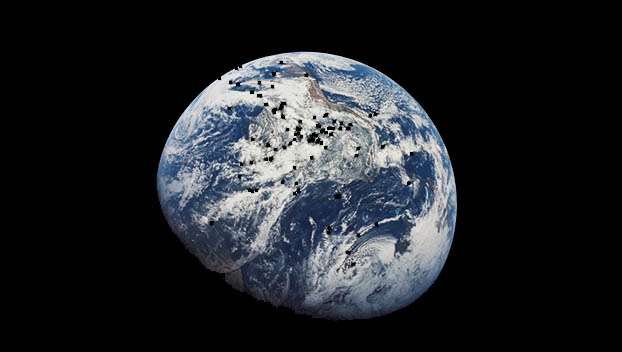 Is the earth dimming? Some researchers think so and believe that climate change is one of the reasons.

A group of researchers has released a study that suggests that the amount of earthshine, or light reflected off Earth that illuminates the moon, has dimmed.

The Earth is now reflecting about half a watt less light per square meter than it was 20 years ago.

The Earth reflects about 30% of the light it receives, researchers said.

The study suggests that was published in the scientific journal Geophysical Research Letters suggest that the reason f0r the drop in the earth’s reflectance is because of rising ocean temperatures.

In the past 100 years, the global sea surface temperature has increased 0.23 degrees Fahrenheit, according to data from the US National Oceanic and Atmospheric Administration.

The study suggests a reduction of low-lying reflective clouds over the eastern part of the Pacific Ocean may be contributing to the increase in temperatures and the reduction in the earth’s reflectance. As temperatures rise on Earth, the planet has absorbed more of the heat rather than reflecting it.