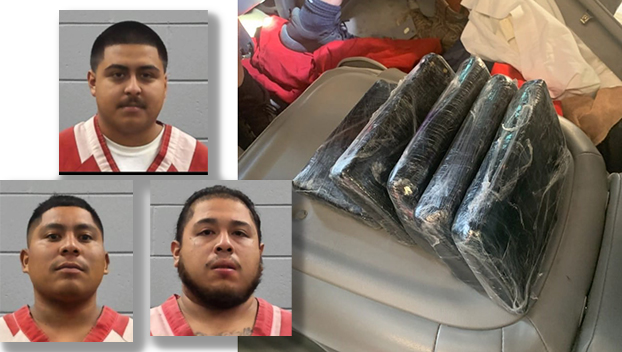 Three men were arrested after Rankin County deputies discovered more than 12 pounds of cocaine in a hidden compartment during a traffic stop Tuesday.

The street value of the cocaine that was found is estimated at $160,000.

Jorge Boldovino, 27, of Houston, Texas, Eduardo Compean, 29, of Baton Rouge, Louisiana, and Gavin Mezomo, 23, also of Houston, Texas were arrested for trafficking and transported to the Rankin County Jail.

According to a press release, a Rankin County Interdiction Deputy conducted a traffic stop Tuesday on a vehicle traveling on Interstate 20.

Because of the driver’s behavior and the responses from the driver and his passengers, the deputy used his drug-sniffing canine to make a pass around the vehicle.

A further search of the vehicle was conducted after his canine alerted, revealing a hidden compartment in the vehicle. It contained approximately 12.4 pounds of cocaine.