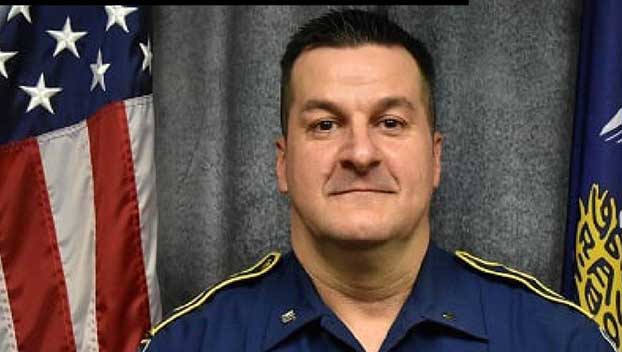 Louisiana law enforcement authorities said they captured the man believed to have killed a Louisiana State Police trooper and one other person in a multi-parish shooting spree on Saturday.

Gaubert was shot and killed in his patrol car near where an earlier homicide occurred in which Mire in the primary suspect, police say.

Sheriff’s deputies said Mire killed a woman and injured a man in Ascension Parish early Saturday. Mire has also been linked to the shooting of two people in Livingston Parish around midnight Saturday morning. Both of those victims survived.

By 5 a.m., Saturday state police tried to stop someone driving a pickup on Louisiana Highway 42 in Ascension for a traffic violation. The driver fled into East Baton Rouge Parish, firing at the trooper who was in pursuit. At a news conference, authorities said they believe Mire is the person who fired at the trooper, WBRZ-TV reported.

That trooper was not injured, but his police car was damaged by bullets.

Gaubert was “ambushed while in his patrol unit” state police said, but it was unclear exactly when that shooting occurred.

Ascension Parish Sheriff Bobby Webre said Mire shot and killed Pamela Adair, 37, at a home in Prairieville around 3 a.m. before fleeing. He also shot another man who was transported to a hospital, the sheriff said.

In Livingston Parish, authorities said Mire shot two people — a man and woman — at a trailer park on Highway 444. Deputies said the man was shot in the arm and the woman was shot in both her arm and leg. Both of those victims are expected to survive, the sheriff’s office said.

Louisiana State Police have set up several ways for citizens to donate to Gaubert’s family including:

– Check: Made payable to Louisiana Troopers Charities with Gaubert Family in the memo line and sent to our office at 8120 Jefferson Highway Baton Rouge, LA 70809.

– Phone: Contact us at 225.928.2000 for personal assistance or to facilitate a credit card donation.