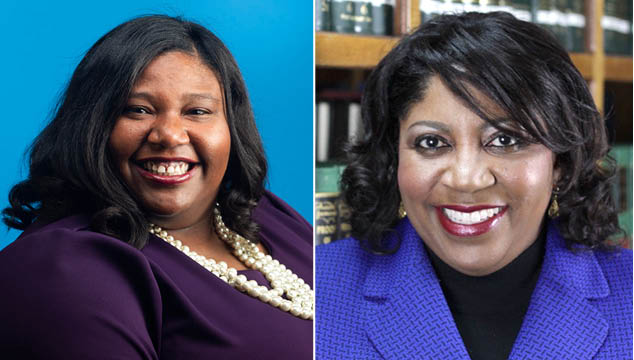 Two attorneys have filed a lawsuit against a group of Mississippi supervisors claiming their civil rights were violated because they are black and are women.

Attorneys Lydia Roberta Blackmon and Aisha S. Sanders filed a lawsuit against each member of the Adams County Board of Supervisors. Supervisors were served with the lawsuit Monday morning.

Blackmon and Sanders claim their first and 14th amendment rights have been violated by the supervisors by unlawful employment practices on the basis of race and sex. The pair are both Black females.

On March 1 of this year, the Adams County Board of Supervisors agreed to pay seven public defense attorneys a monthly amount in place of hourly wages or creating a public defenders’ office.

At that meeting, Sixth District Circuit Court Judge Debra Blackwell said she would not allow current public defenders Aisha Sanders or Lydia Roberta Blackmon to serve in her courtroom, claiming she would only choose from the “most qualified” list of seven public defenders, which included at the time Kevin Colbert, Zachary Jex, Jeffery Harness, Timothy Blalock, Lisa Chandler, Sanders and Blackmon.

Colbert, Jex, Blalock and Chandler are white; Harness, Sanders and Blackmon are Black.

Aisha Sanders is Sixth District Court Judge Lillian Blackmon Sanders’ daughter and Lydia Roberta Blackmon is Judge Blackmon’s sister. They cannot try a case in her courtroom because of the family conflict of interest.

“I thought I made it very clear that I was going to appoint the three people I thought were them most qualified,” Blackwell said at the March 1 meeting. “… I am not appointing Ms. Blackmon or Ms. Sanders to work in my courtroom. I do not approve of them. I have tried for two years to work with them … One of them spends more time in my court on motions to withdraw than she does on resolutions to her cases.”

Lillie Sanders argued at the March 1 meeting it would be wrong to have only white attorneys serve as public defenders in a majority Black community. Sanders said she would appeal the issue in the Supreme Court of Mississippi to seek a resolution.

This new lawsuit was filed on Oct. 7 by Attorney Everett Sanders of Sanders Law Firm, Natchez, who is Judge Sanders’ husband and Aisha Sanders’ father.

In the lawsuit, Sanders claims during the tenure of former Judge Forrest Johnson and Judge Lillie Blackmon Sanders that each attorney on the court-appointed list would be paid $2,000 per month based on the budget approved by the supervisors each year and pursuant to pay orders issued by the judges.

In his lawsuit Sanders claims Judge Johnson signed off on pay orders at the time for Blackmon and Sanders because they are related to Judge Sanders.

Johnson retired in December 2018. A similar situation for paying public defenders continued after Johnson retired, according to the lawsuit. Judge Sanders would submit pay orders for all of the public defenders on the list at the time except for her daughter and sister, L.R. Blackmon and A. Sanders. The lawsuit claims Judge Blackwell submitted pay orders for those two.

The lawsuit claims in December 2019, Judge Sanders signed an order increasing the monthly salaries for the other attorneys on the public defenders’ list to $2,800. However, Judge Blackwell’s pay order for L.R. Blackmon and A. Sanders remained the same at $2,000.

The lawsuit claims the two plaintiffs contacted supervisor Ricky Gray about the pay discrepancy, and Gray advised them to contact Judge Blackwell about the matter.

In January 2020, the plaintiffs met with Judge Blackwell to urge her to order an adjustment to their pay to bring it in line with other attorneys, and Blackwell said she “would think about it,” according to the lawsuit.

The plaintiffs then spoke at a Board of Supervisors meeting in an attempt to receive a pay increase. The board told them it would ask county attorney Scott Slover to speak to Judge Blackwell and to seek an attorney general’s opinion on the issue.

At the time, the plaintiffs told the supervisors that the “situational optics did not look good since they were the only black females on the list and they were being paid less than the other court-appointed attorneys,” the lawsuit reads. Plaintiffs told supervisors if the matter could not be resolved, they would have no alternative but to seek a resolution through litigation, according to the lawsuit.

In fact, Jefferson County Attorney Jeffery Harness was appointed chief public defender by Judge Blackmon in the summer of 2020, not the Adams County Board of Supervisors. Harness then appointed attorneys Zachary Jex, Tim Blalock, Lydia Roberta Blackmon and Aisha Sanders to work with him as Adams County public defenders.

In December 2020, concerned about the nepotism of Judge Blackmon’s sister and daughter being appointed as public defenders, the board of supervisors asked for an attorney general’s opinion that the creation of such an office would not violate nepotism laws.

Slover said at the time he had received emails from the Attorney General’s office and the Mississippi Ethics Commission, which said the appointment of the two as public defenders was lawful, but that he had nothing officials from either agency.

The lawsuit accuses Supervisor Ricky Gray of ignoring the attorney general’s opinion that the employment of Sanders and Blackmon was lawful and “continued to publicly convey the impression that there was something wrong of questionable” regarding their appointments as public defenders.

Sanders in his lawsuit claims each Plaintiff is owed $10,400 in back pay, and that the county supervisors without explanation refuse to issue that back pay.

Plaintiffs seek reinstatement or front pay in lieu of reinstatement, back pay, lost benefits and “other pecuniary losses” caused by the defendants’ alleged misconduct; compensatory damages against defendants in an amount to be determined by the court; all remedies available for violation of plaintiffs’ rights protected by the Equal Pay Act, the First and Fourteenth Amendments of the U.S. Constitution and other applicable statutes; punitive damages against defendants in their individual capacities; all costs, disbursement, pre-judgment interest, post-judgment interest, expert witness fees and reasonable attorney’s feed allowed.

Monday was Columbus Day and the Adams County Courthouse was closed. No county or court official could be reached for comment.