Fed up with response from Mississippi sheriff, friends go to social media to find justice after suicide case turns into homicide investigation 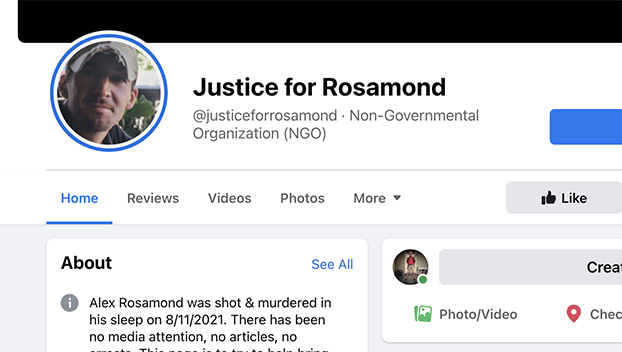 Frustrated with a lack of response from local law enforcement, family and friends have started a Facebook page to get justice for a Mississippi man whose death was originally classified as a suicide but was later determined to be otherwise.

The Copiah County Sheriff’s Office initially ruled Alex Rosamond’s death a suicide until Monday when they announced that autopsy results proved it was a homicide.

Hours after the Justice for Rosamond Facebook page was started, more than 2,000 people have started following the social media posts about Rosamond, who was found dead in his Copiah County house.

“Alex Rosamond was shot and murdered in his sleep on 8/11/2021. There has been no media attention, no articles, no arrests. This page is to try to help bring attention to his murder & hopefully justice to a man that was loved by so many,” the Facebook page says.

As of Wednesday morning, 2,500 people have started following the page.

Frustrated by a lack of response from the Copiah County Sheriff’s Office, the Facebook’s page organizers said they hope to accomplish what local law enforcement officers seem to not be doing — finding answers to who killed Rosamond and why.