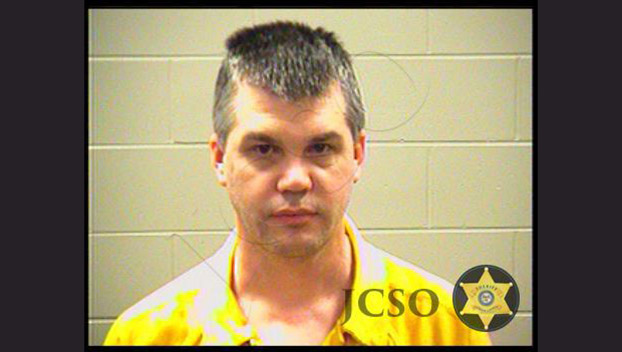 A Mississippi man will spend 25 years in prison after pleading guilty to sexual battery and touching a child for lustful purposes.

Cory William Skalla, 44, pleaded guilty to two counts of sexual battery and one count of touching a child for lustful purposes on July 30, 2021.

Skalla was sentenced Tuesday to 30 years with the Mississippi Department of Corrections, with 25 years to serve day-for-day followed by 5 years on post-release supervision on the two sexual battery charges.

On the touching of a child for lustful purposes charge, Skalla was sentenced to serve 15 years day-for-day in the custody of the Mississippi Department of Corrections.

The crimes occurred in June and July of 2017 in Ocean Springs and Gautier. The victim was a 14-year-old boy at the time of the crimes.

Skaila was originally charged with six counts of sexual battery and four counts of touching a child for lustful purposes, as well as two counts of possession of sexually oriented material.

Skalla has two prior out-of-state convictions.

“The victim was a 14-year-old boy who was looking for a father figure in his life,” Assistant District Attorney Shon Ellerby told WXXV in Gulfport. “Instead of being a mentor for the child, the defendant preyed upon the victim’s innocence and used him to satisfy his depraved sexual desires. I commend the investigation by the Ocean Springs Police Department and the courage of the victim during the prosecution of this case.”