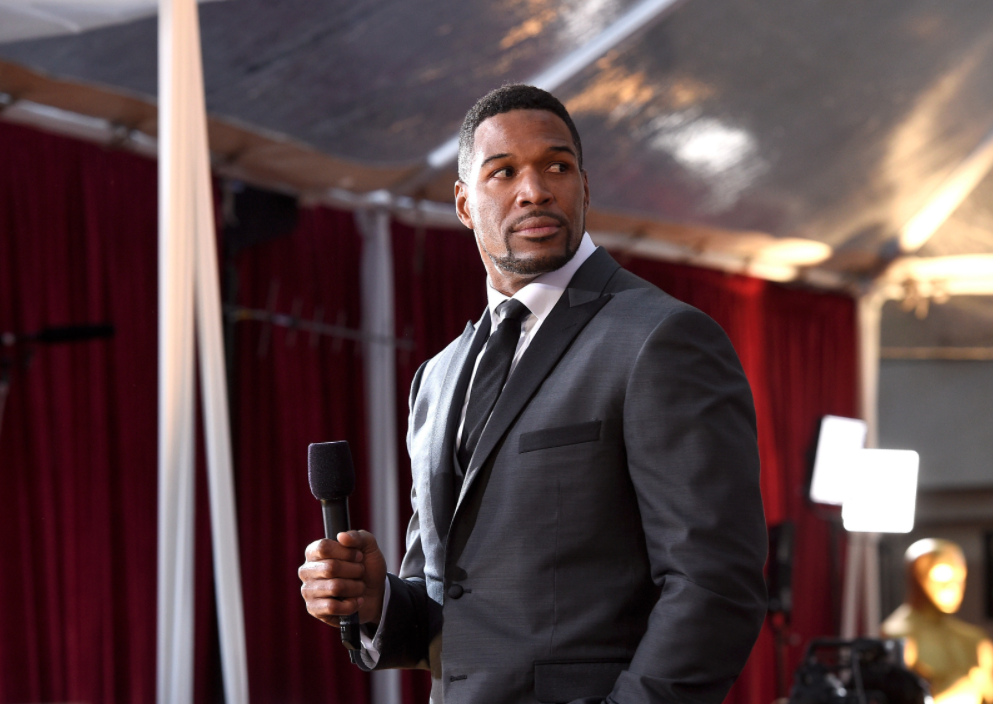 A 2019 survey found that 23% of American kids wanted to be professional athletes when they grew up. It seems the prospect of playing your favorite game and making lots of money doing so hasn’t lost its allure in the 100 or so years the U.S. has had professional leagues. Unfortunately, the odds of making it to the professional level in any sport are fairly slim, at least according to new data released by the NCAA.

Even athletes that do make it to the professional level have difficulties remaining there. Injuries, mental blocks, and age are all factors that work against top-level competitors. But the conclusion of a professional athletic career—or the failure to ever make it to the uppermost echelons of the sports world—doesn’t mean the end of the road. To prove it, Stacker used news reports and LinkedIn profiles to compile a list of 15 professional athletes who went on to have successful second careers.

From crossing guard to winemaker to politician, read on to see what some of your favorite athletes are doing in their second acts. Who knows? Maybe you’ll be inspired to make a career change yourself. 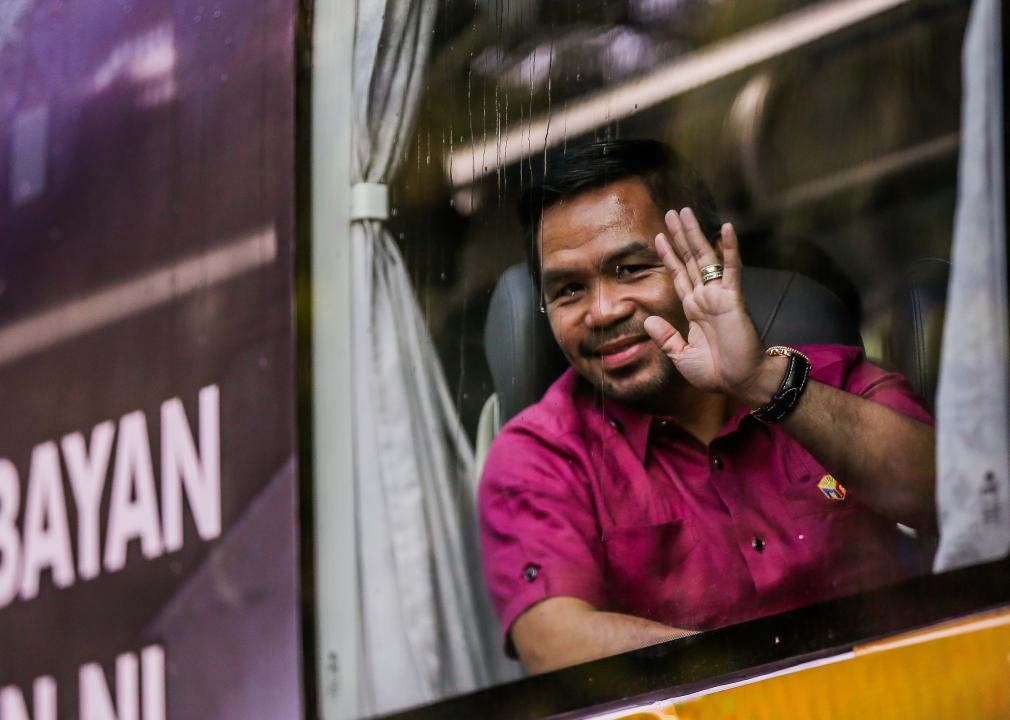 Manny Pacquiao has had the world’s attention since he first stepped into the ring as a professional boxer at the age of 16—72 fights and four decades later, he’s now regarded as one of the best fighters in the world, with 62 wins and 12 world championships under his belt. After a devastating loss to Yordenis Ugas in August 2021, Pacquiao announced his total retirement from the sport on social media in October 2021. (He had been semi-retired previously, with the Ugas fight being his first in two years).

The former athlete, who has been working as a Filipino senator since 2016, announced his run for the presidency in his home country. Pacquiao is backed by a faction of the PDP-Laban Party and will likely run against incumbent leader Rodrigo Duterte. 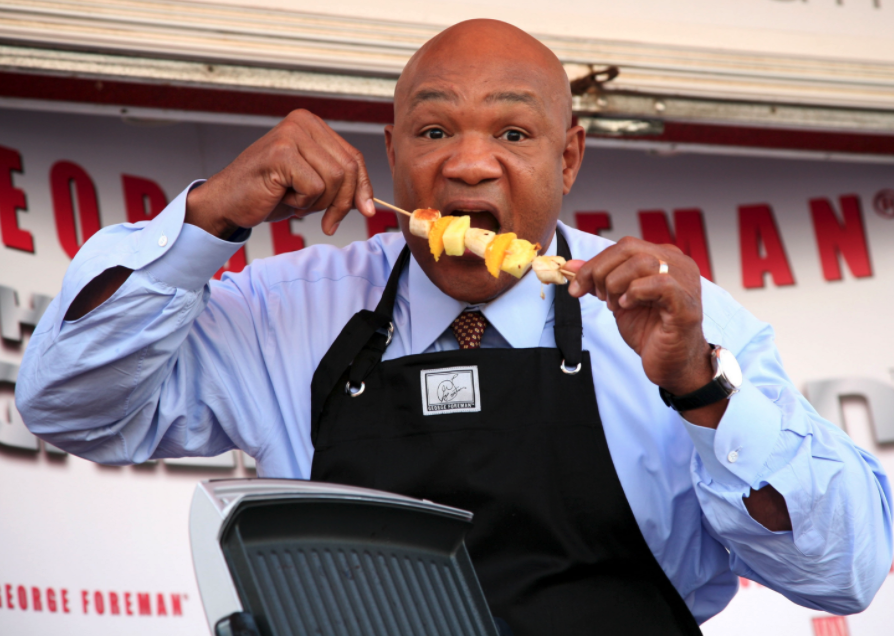 Another former boxer, George Foreman, dominated amateur and professional circuits from the late 1960s through the 1990s. He’s best known for his 1968 Olympic gold medal win, his loss to Muhammad Ali at 1974’s iconic Rumble in the Jungle fight, and for becoming the world’s oldest heavyweight champion in 1995 at the age of 45. Though he retired in 1997, with a 76-5 career record, the champion wasn’t done hustling.

The ordained minister (who stepped away from boxing briefly in the ‘70s to open his church, The Church of the Lord Jesus Christ) took on a new role as a salesman, hawking 100 million units of his George Foreman Grill and promoting Meineke Car Care Centers. 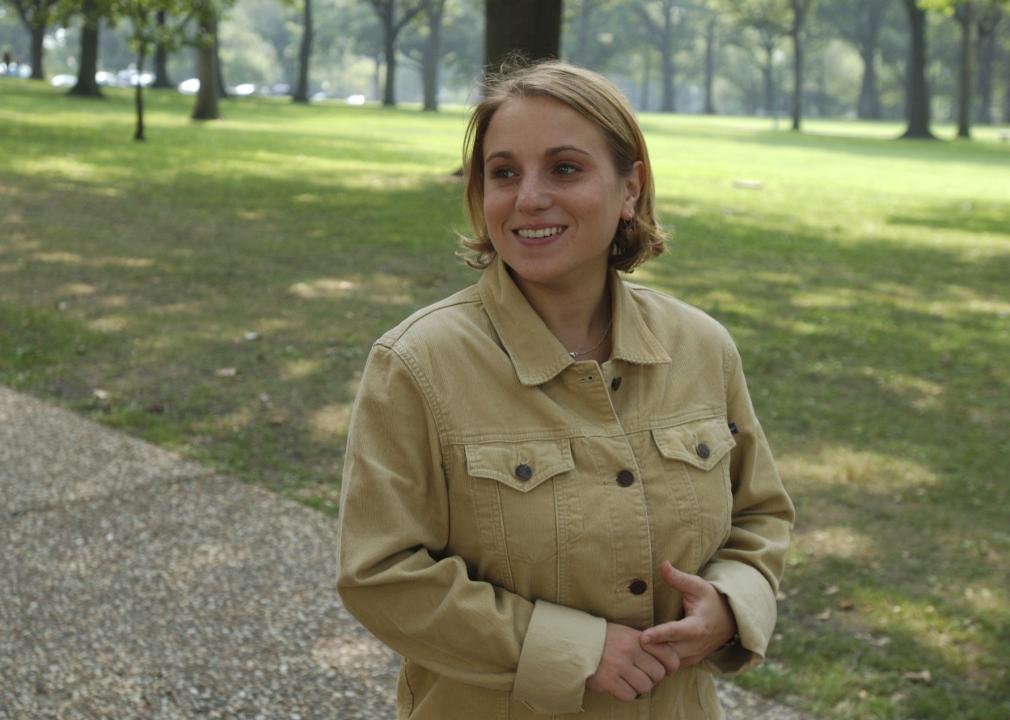 Kerri Strug is one of the most recognizable gymnasts in American history. Best known for her 1996 Olympics appearance where she vaulted on an injured ankle in order to secure gold for the United States, Strug won two Olympic medals and three world championship medals over the course of her career.

After retirement, the gymnast went on to earn a master’s degree in sociology from Stanford University. As of 2020, the mom of two was working as a program manager for the U.S. Department of Justice’s Office of Juvenile Justice and Delinquency Prevention, according to Esquire magazine. 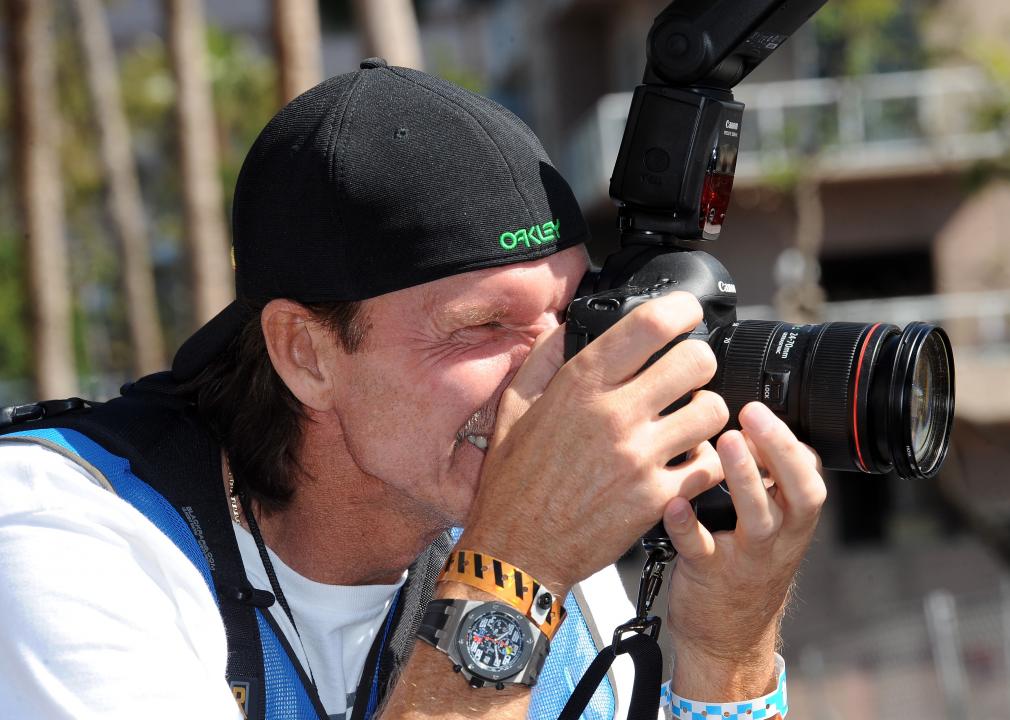 Nicknamed “the big unit” due to his intimidating 6-foot-10 stature, Randy Johnson is one of the best left-handed pitchers in MLB history. At the age of 40, he became the oldest player to ever throw a perfect game, a feat that got him inducted into the Baseball Hall of Fame in 2015.

After retiring from the sport in 2009, Johnson embarked on a wildly different career path: becoming a professional photographer. Over the years, he’s shot everything from African safaris to rock concerts to military operations, work that flows naturally from his time studying photojournalism at USC. While photography is the former pitcher’s primary focus these days, he hasn’t fully left baseball behind, and also works as a special assistant to the Diamondback’s president and CEO, helping his former team both on and off the field. 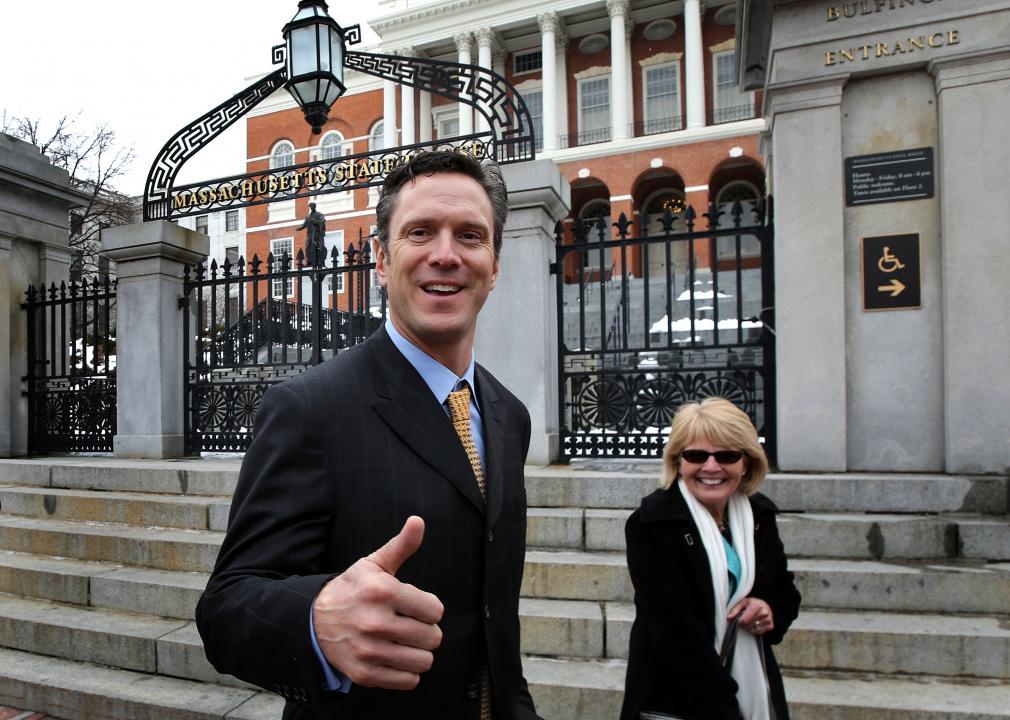 Before there was Tom Brady there was Drew Bledsoe, the face of the New England Patriots and a key figure in the franchise’s first-ever Super Bowl win. Inducted into both the Patriots’ Hall of Fame and the Washingtons Sports Hall of Fame, the former quarterback will forever be remembered as one of the best athletes to play the game.

After his retirement (which came early due to an injury), the star player partnered with a renowned winemaker to create his own wine brands. Now the owner of three vineyards—Bledsoe-McDaniels Winery, Doubleback Winery, and Bledsoe Family Winery—Drew is focused on crafting sustainable, accessible wines in his home state of Washington. 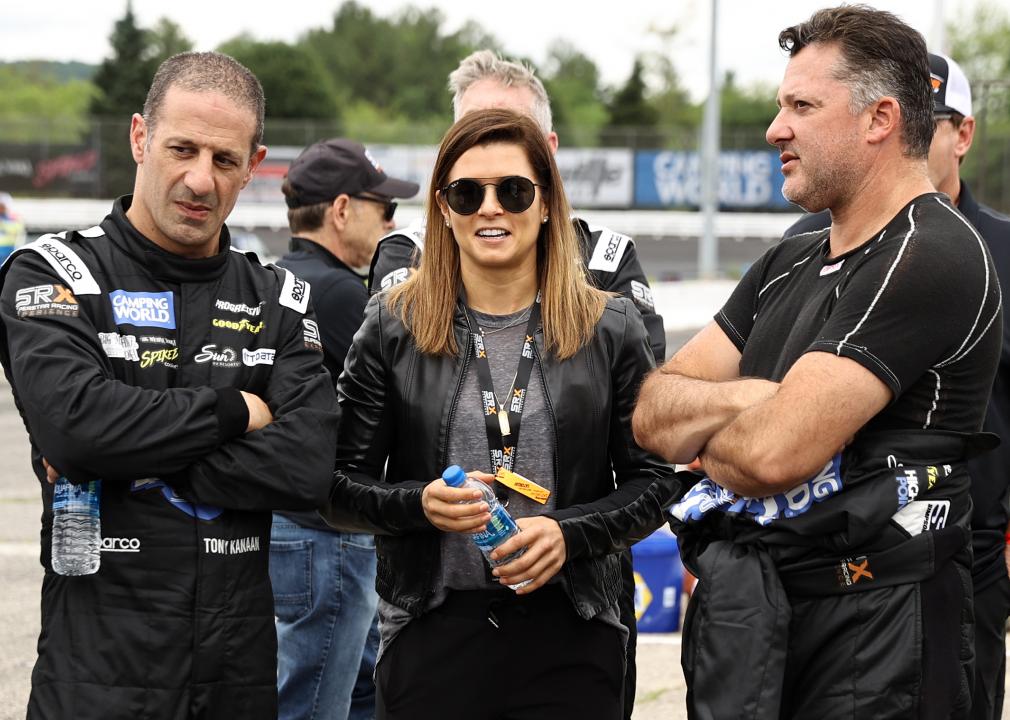 The most successful female race car driver of all time, Danica Patrick is the only woman to have ever won an IndyCar Series race. She also holds the title of being the woman with the most top-10 finishes of all time, beating out legend Janet Guthrie in 2015. In 2018, Patrick drove her last race and has since undertaken several other ventures, including fashion design.

Her clothing line Warrior, which consists primarily of athleisure wear, launched on the Home Shopping Network in 2020. In 2021, it was announced that Patrick would be joining SRX (Superstar Racing Experience) as an analyst, one of only two women on the team. 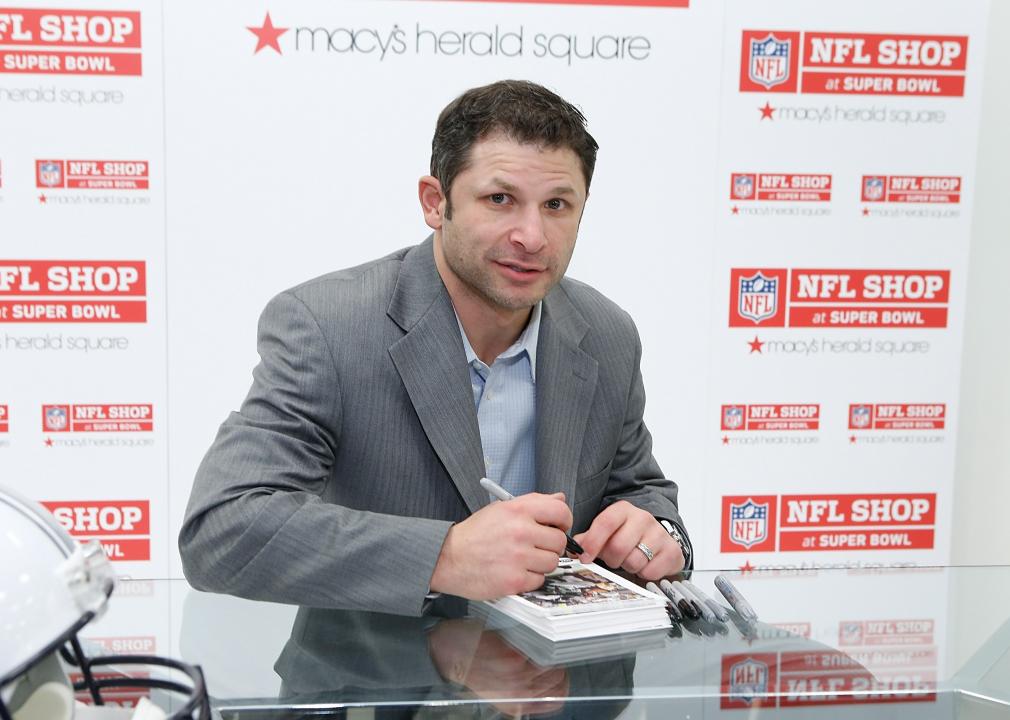 Wayne Chrebet has a story that seems destined for the big screen. After graduating from Hofstra University as an undrafted free agent, he was signed by the New York Jets in 1995. Described as incredibly hard-working and determined, Chrebet became a leader and bright spot on the perpetually losing team, before a concussion ended his career in 2005.

Post-retirement, Chrebet was introduced to a neighbor who worked in finance and saw the spark of genius in him. After Chrebet passed his Series 7 and 66 exams, he began working on Wall Street, managing billions of dollars at firms like Moldaver Lee & Chrebet Group and Prince Marketing Group. 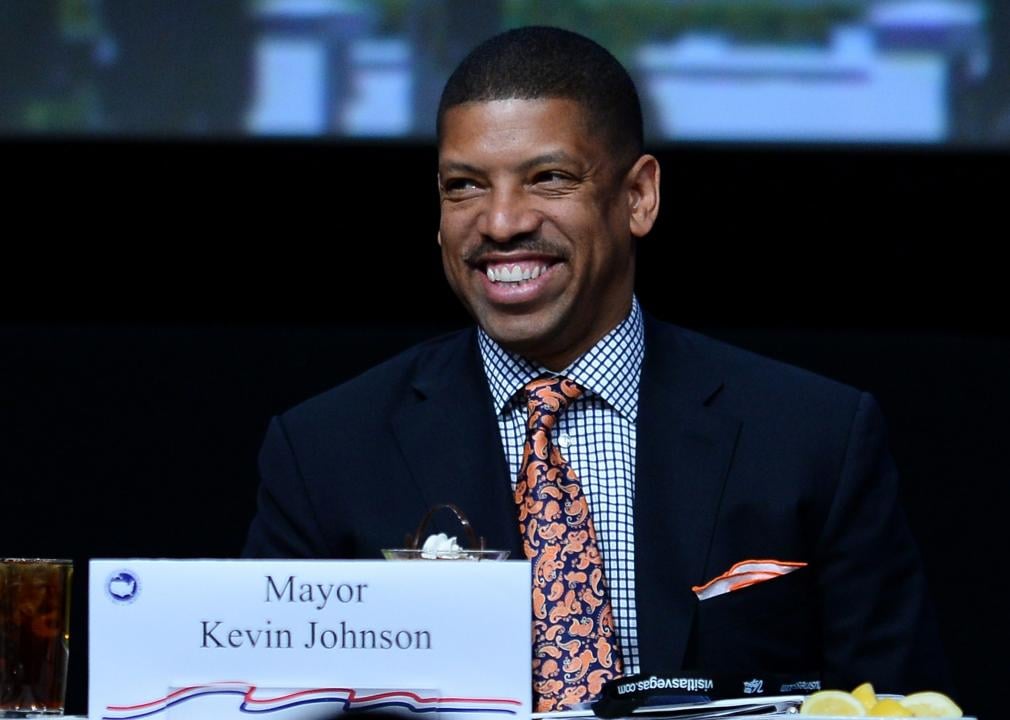 A point guard for the Phoenix Suns, Kevin Johnson made three All-Star teams during his 12 years in the NBA and retired twice (once in 1998 and again in 2000 after a brief comeback). In 2008, he became the first Black mayor of Sacramento, California, his hometown.

A Democrat, Johnson remained in the office until 2016. His political career wasn’t quite as celebrated as his athletic one—accusations of sexual misconduct have hounded him for years—but it still bears mention due to its historical significance. 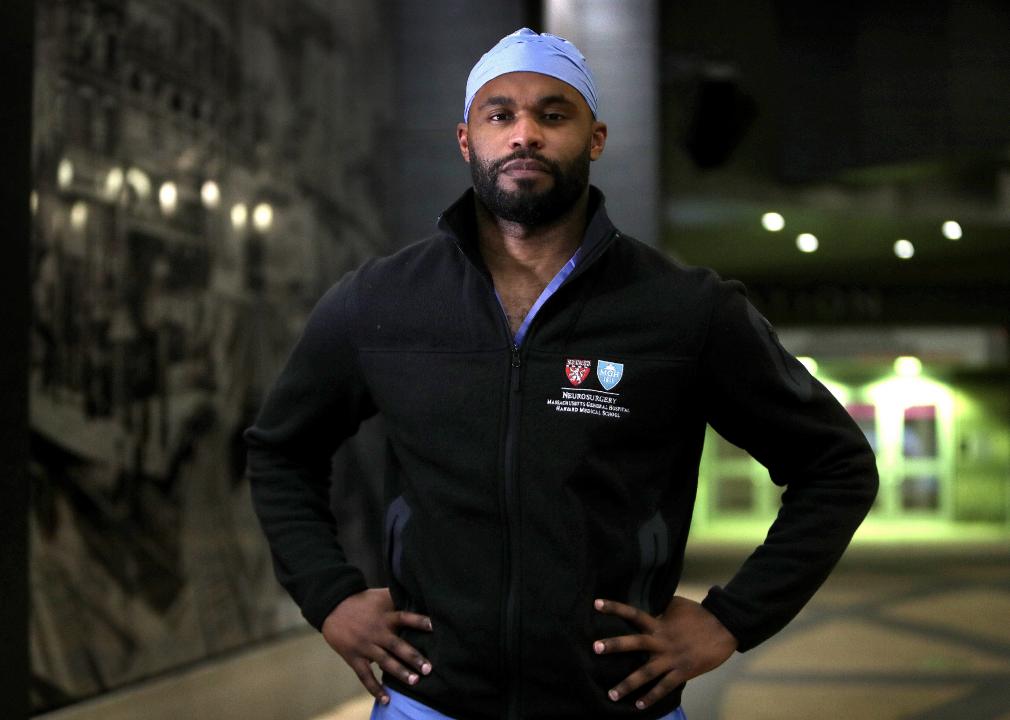 There’s a longstanding idea that brains and athleticism don’t mix, but Myron Rolle is living proof that the idea simply isn’t true. A former safety with the Tennessee Titans, Rolle retired from the game in 2012 and is a third-year neurosurgery resident at Harvard Medical School and Massachusetts General Hospital as of 2021.

Medicine was reportedly always the plan for the professional athlete, who was a Rhodes Scholar at Florida State and spent a year studying at Oxford University. During the pandemic, he has been working on the frontlines, working 24-hour shifts in the emergency room where he treats patients with COVID-19 symptoms. According to Rolle’s LinkedIn profile, his specialty lies in pediatric neurosurgery, and he’s spent time working at Boston Children’s Hospital. 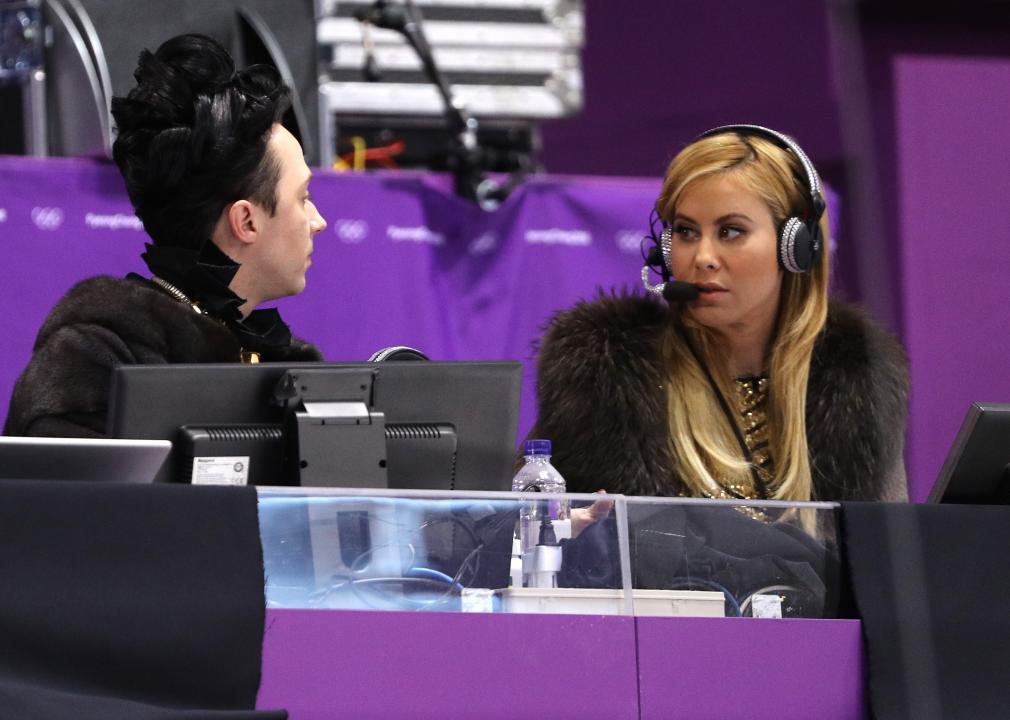 In 1998, figure skater Tara Lipinski became the youngest person to ever win gold at the Olympic Winter Games when she took home the top prize in the ladies’ singles competition. A ‘90s icon, she was the first woman to ever compete the triple loop-triple loop combination in a competition, a skill that became her signature.

Having retired from competitive skating the same year she won her gold medal, and skating as a whole in 2002, Lipinski took a natural next step and became a sports commentator for NBC. She often appears alongside her BFF, former men’s skater Johnny Weir, providing color and explaining the intricacies of the sport for audiences during events like the Winter Olympics and the World Figure Skating Championships. 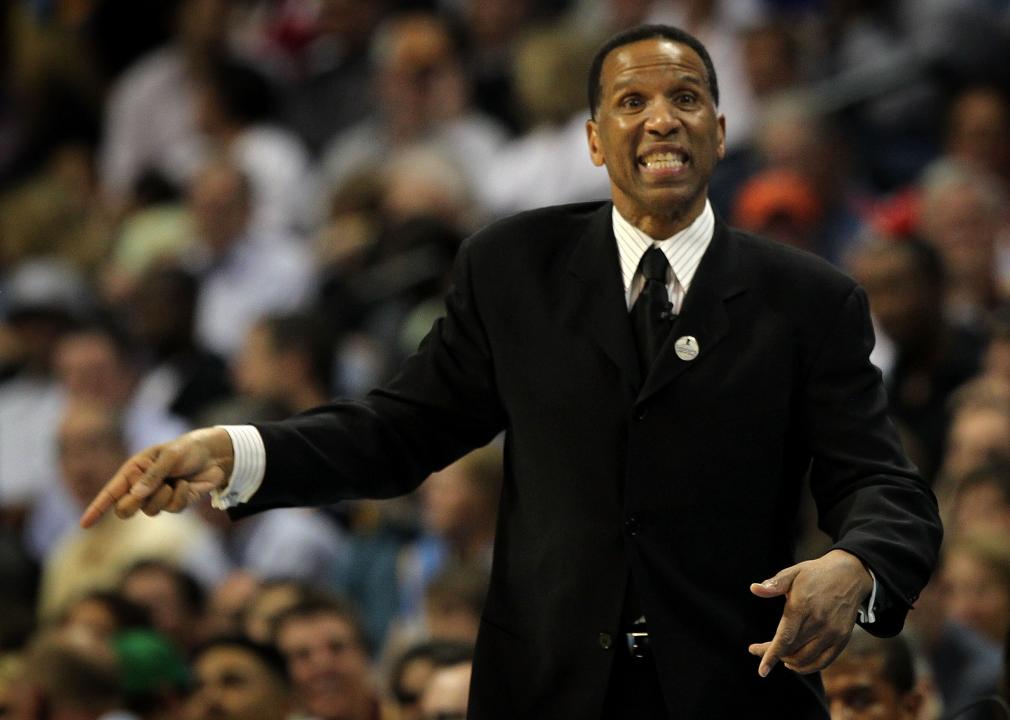 If Tara Lipinski’s second career was a natural move, Adrian Dantley’s was anything but. The former small forward spent 15 seasons in the NBA, making the All-Star team six times and retiring as the ninth highest-scoring player (at the time). He spent eight years working as an assistant coach for the Denver Nuggets before stepping away from the world altogether and becoming … an elementary school crossing guard.

According to Business Insider, the former Olympian works for an hour a day, making just over $14,000 a year. A peek into his financials reveals that he likely doesn’t need to work, but does it because he prefers having something to fill his days and enjoys being around the kids. 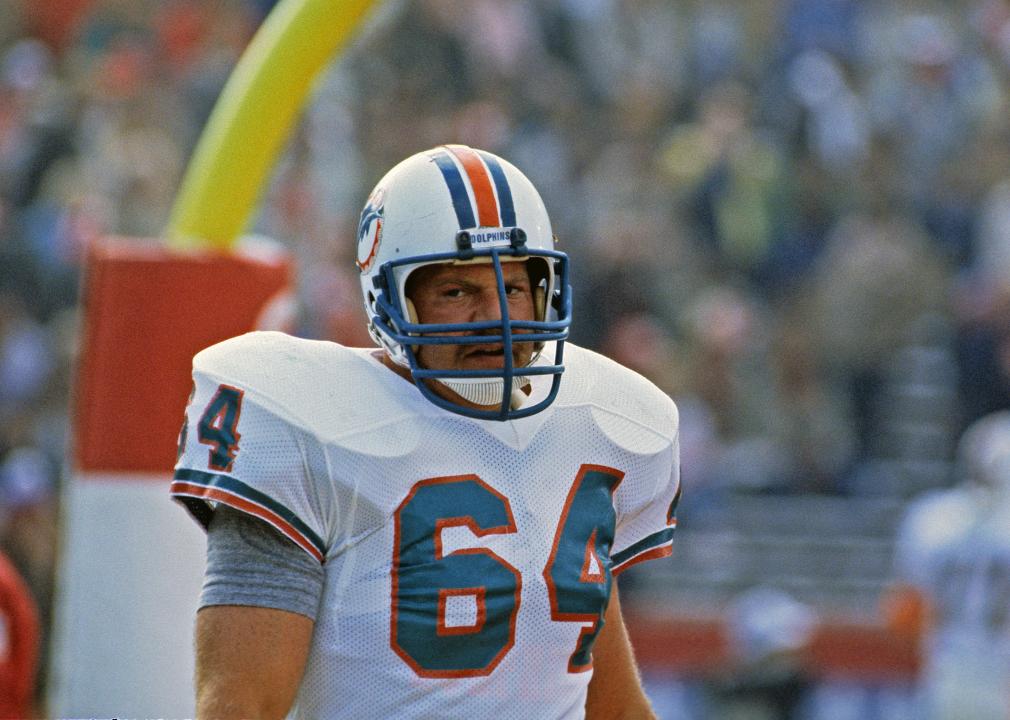 From 1973 to 1984, Ed Newman was an imposing presence on the Miami Dolphins’ offensive line. Named to four consecutive Pro Bowl teams, the NFL player was certainly considered among the best when a knee injury sidelined him before the 1985 season began. The all-star wasn’t phased by the conclusion of his athletic career, and jumped right into the next thing, graduating from the University of Miami Law School in 1987.

He worked as a litigator for seven years before becoming a judge in 1995. Today, he still makes decisions from the bench in Miami-Dade County, often working alongside former Dolphin’s teammate, running back Tony Nathan, who’s now a bailiff for the state. 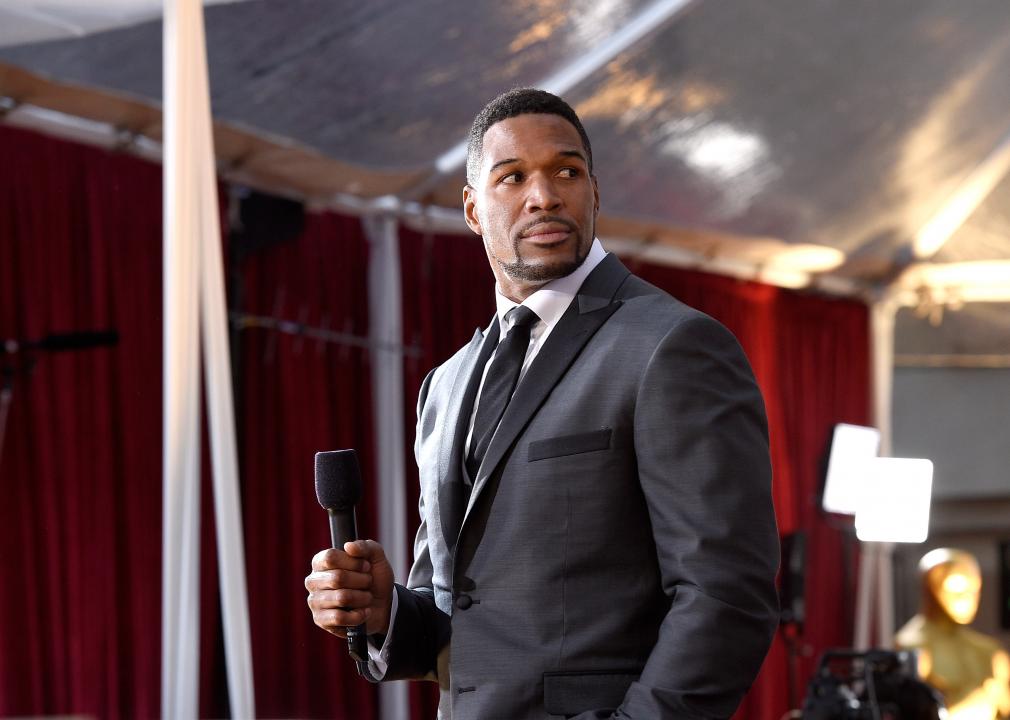 For years, the world knew Michael Strahan as a defensive end for the New York Giants. Then, in 2008 and seemingly at the top of his career, the dominant player—whose tagline was “stomp you out!”—shocked the world when he decided to retire after a Super Bowl win, saying, “It’s time. I’m done.” And while he may have been ready to step off the field, he wasn’t quite ready to leave the limelight, pivoting to a career as a television personality.

Currently, Strahan is a co-host on ABC’s “Good Morning America,” the host of “$10,000 Pyramid,” and an analyst on “Fox NFL Sunday.” Throughout his time on TV, the former football player has added two Emmy Awards to his trophy shelf, which was already loaded down with a Super Bowl ring and several division championship awards. 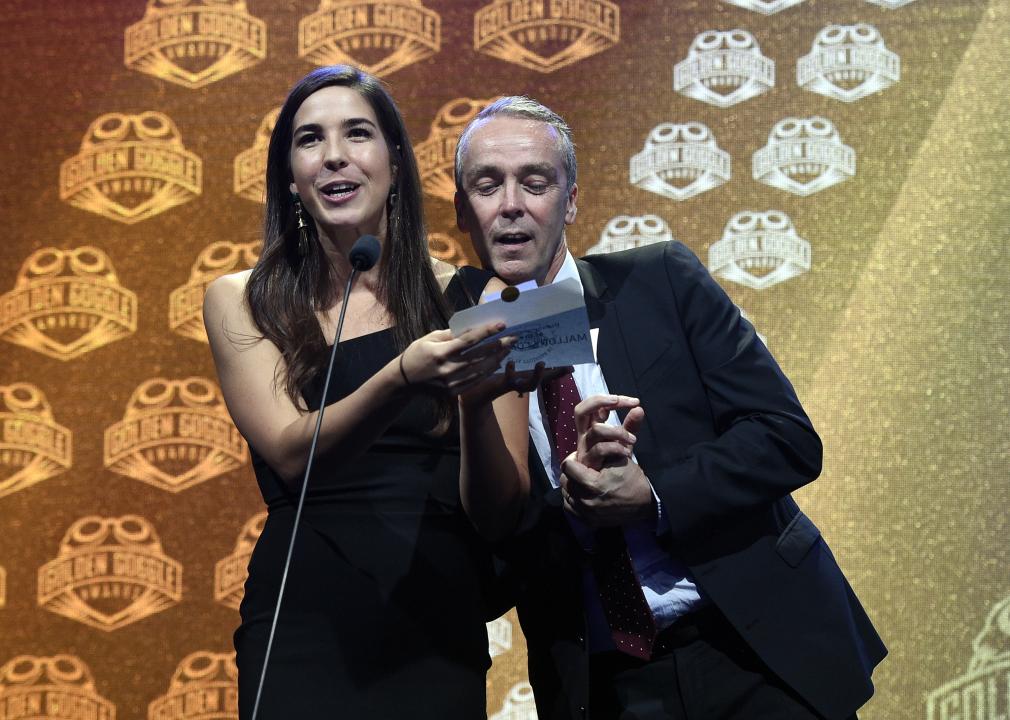 At the 2020 Olympics in Rio, Maya DiRado dominated the pool, taking home four medals, including two golds in the women’s 4×200 meter freestyle relay and the 200-meter backstroke. Following the conclusion of the ceremony, the swimmer promptly retired, moving back home to the Bay Area and taking a job with King Philanthropies.

In her role on the grants team, DiRado works to find and fund programs that help people living in extreme poverty in Asia and sub-Saharan Africa. As of 2021, she is enrolled in an MBA program at Stanford University and hopes to find a role in climate science after graduation. 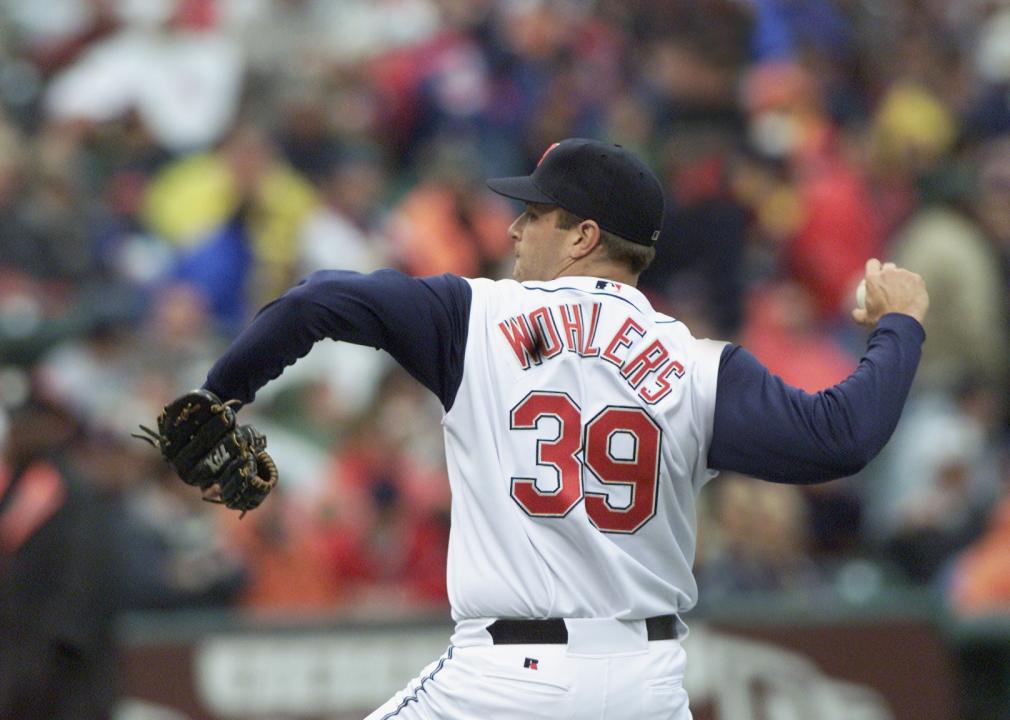 A former MLB pitcher, Mark Wohlers’ biggest claim to fame is a 1995 spring training pitch. The throw, which reached speeds of 103 mph, is thought to be the third-fastest pitch ever thrown in professional baseball. Unfortunately for the talented athlete, he caught a case of Steve Blass disease (aka the yips) in 1998 and was never fully able to regain control over his pitches.

After retiring from baseball in 2004, Wohlers embarked on a second career as a real estate agent in Georgia. Today he closes deals instead of innings at his Atlanta-area company TeamWohlers.

You may also like: 25 ways the NBA has changed in the last 50 years