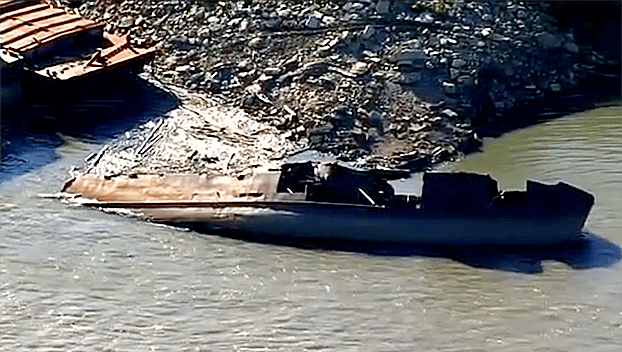 Low water levels on the Mississippi River have exposed the remains of a World War II minesweeper.

The USS Inaugural, a World War II minesweeper, was once moored in St. Louis until it broke free in 1993 when the river reached a historic crest of 49.58 feet.

The river was at 3.85 feet and falling when the ship was spotted Tuesday. The ship, which was a National Historic Landmark and was open for tours, drifted downstream, turned on its side and sunk south of St. Louis.

This year is not the first time the World War II vessel has been exposed. In 2012 and 2015, the river was also low enough for people to see the boat.

Plans to salvage the wreck in one piece and restore it were scrapped by the National Park Service after they determined that repair of the ship was not feasible.  Plans are for the ship to eventually be salvaged for scrap metal and museum exhibition purposes.