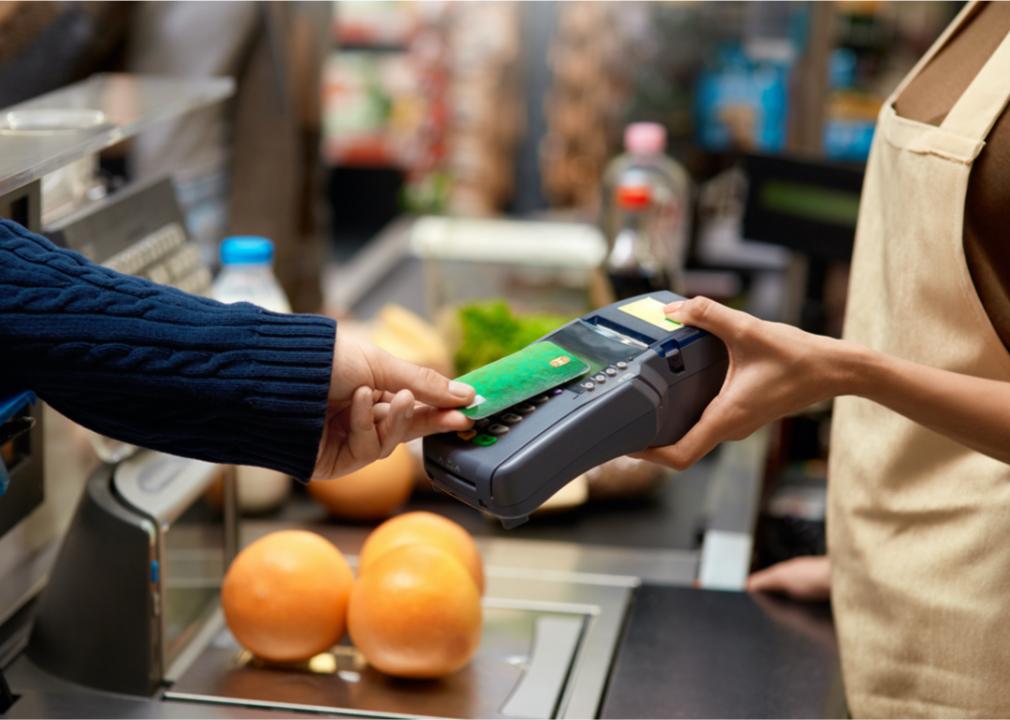 Grocery store workers stood at the front lines of the COVID-19 pandemic, putting these employees at significantly higher risk for contracting and spreading the virus. By June of this year, there had been at least 185 grocery worker deaths and at least 42,000 grocery workers infected or exposed, according to data from The United Food and Commercial Workers International Union (UFCW). To protect these essential workers, stores across the country implemented one-way aisles, strict social-distancing requirements, and increased customer access to contactless shopping.

The average wages of supermarket workers in the U.S. have topped $15 an hour for the first time in history. This record high is the result of significant and rapid wage hikes designed to attract employees so they are compensated accordingly for the risk factors of working amid the COVID-19 pandemic.

Grocery inventory forecasting software company Shelf Engine compiled a list of significant changes to grocery store employment in the 21st century. Information comes from multiple sources, including Bureau of Labor Statistics (BLS) data from the 2021 Industries at a Glance report and L.E.K.’s 2017 report “Rising Labor Costs—and What Retailers Can Do About Them.”

Many factors have changed grocery store employment in the 21st century, from targeted recruiting efforts for highly qualified employees to enhanced benefits for workers in a bid to increase retention. The COVID-19 pandemic has dramatically transformed the way grocery store employment operates, but changes across the board have been incrementally taking place over the last 20 years. The evolving grocery store landscape has led to different customer service experiences, from self-checkout to contactless checkout.

Keep reading to learn more about how labor organizing, the federal minimum wage, and more have shaped grocery store employment in the last 20 years. 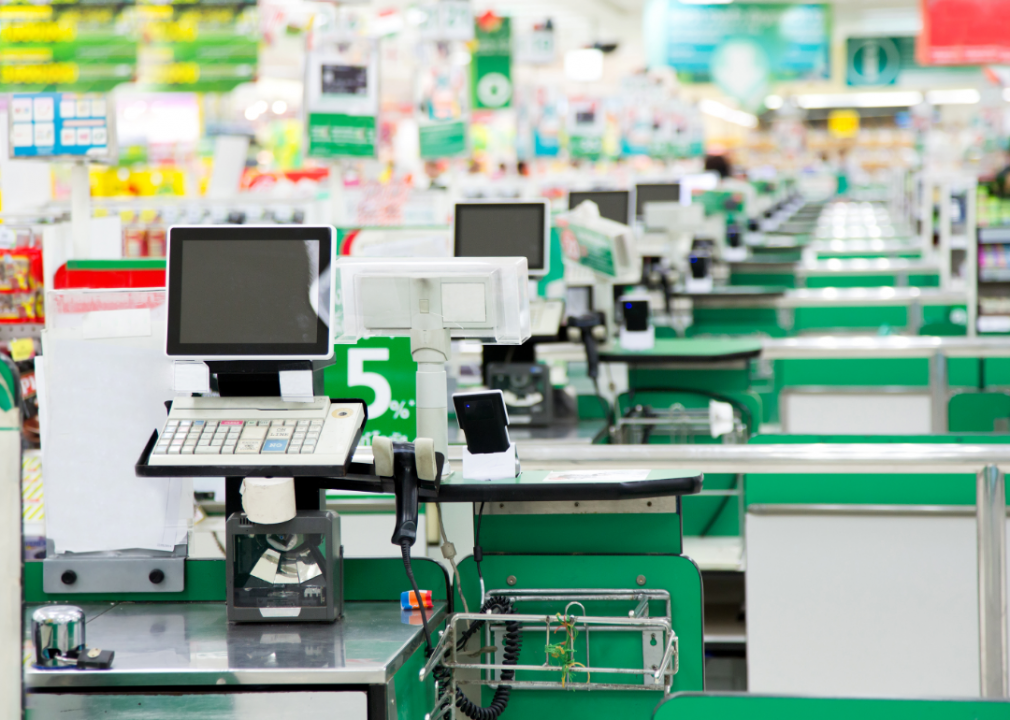 Labor costs in the grocery industry have risen significantly over the last two decades, and particularly in the last two years as demand has grown for workers willing to be in an often-crowded setting during the pandemic. L.E.K.’s report found that 14% of selling, general, and administrative (SGA) costs in 2017 come from labor, the largest component for SGA overhead.

Since retail has many hourly workers—the retail industry employs approximately 32 million Americans—compensating them appropriately for their time and risk levels at work has increased costs. Hourly wages for many grocery workers rose about 1% each year between 2010 and 2017, with average hourly wages for non-managers in all industries jumping 7.8% to $25.83 since the start of COVID-19. 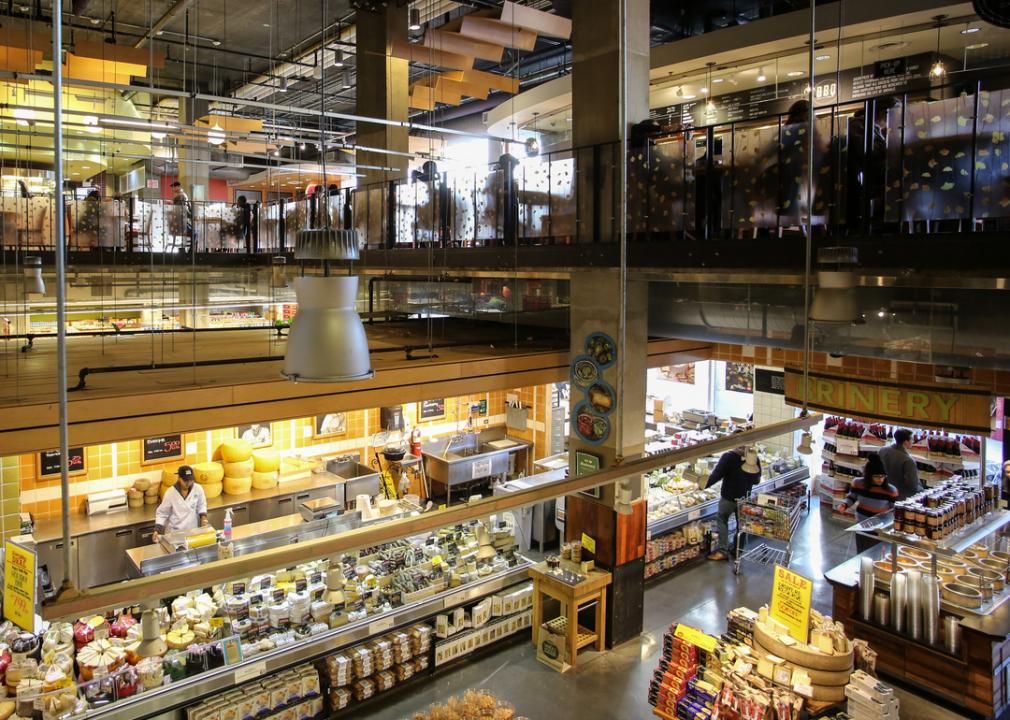 Whole Foods has the highest SGA costs; Supervalu the least

Since a minimum wage hike has not been passed on a federal level since 2009, the rise in wages for these frontline workers has been up to the grocery stores. While several states have raised their minimum wages since 2009, many workers still rely on their employers to compensate them appropriately. 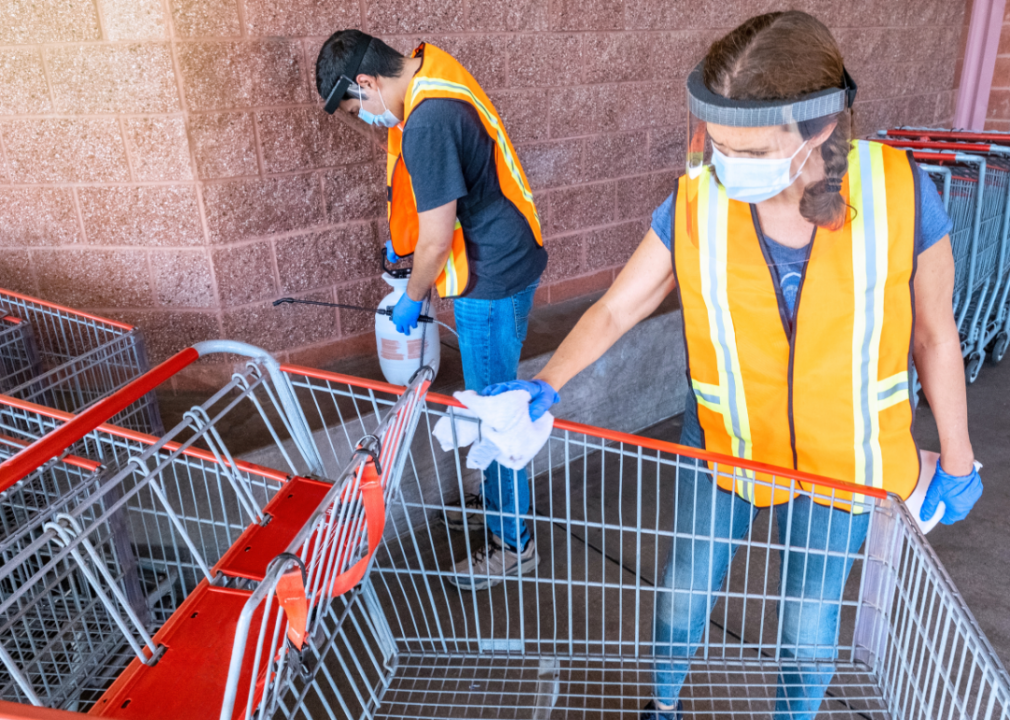 The federal minimum wage was raised to $7.25 under the Fair Labor Standards Act in 2009 for all covered, nonexempt workers, affecting huge swaths of grocery store workers. This wage increase was 41%, but it has not moved since. 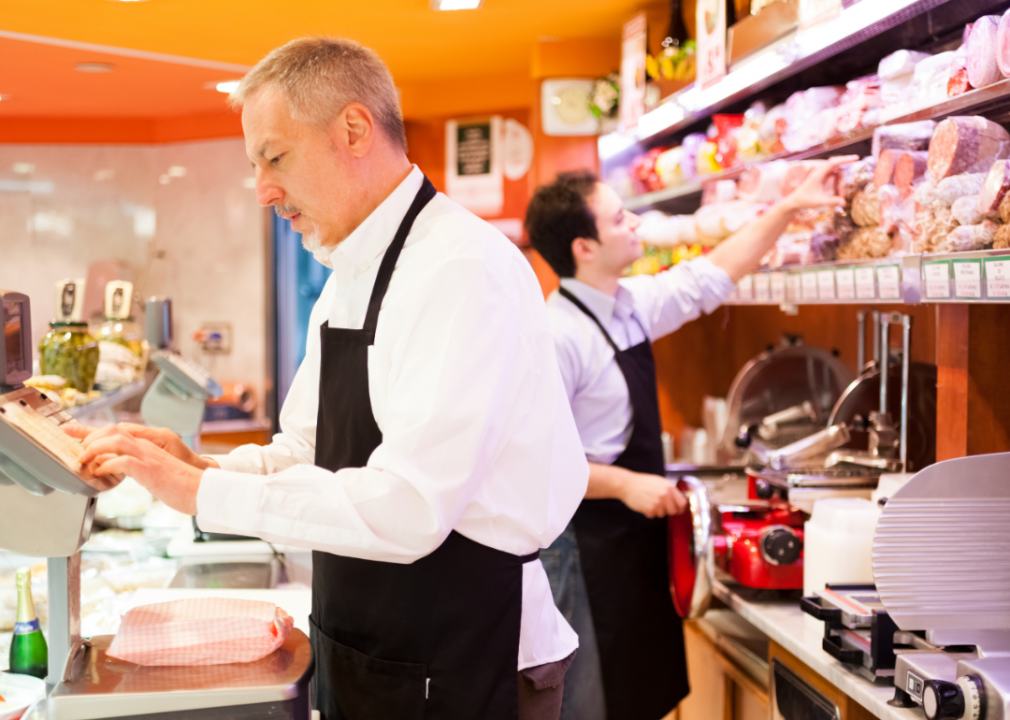 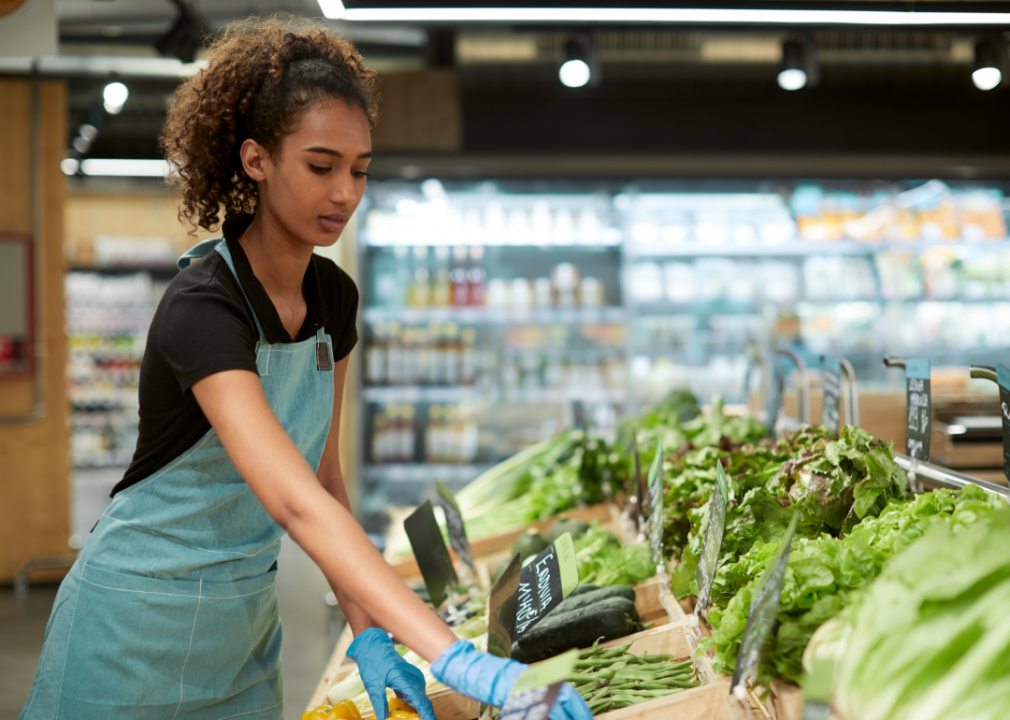 The Fair Labor and Standards Act of 2016 issued by the U.S. Labor Department made overtime wage protections available to roughly 4 million full-time workers. The final ruling was put into effect in January 2020, increasing the threshold of workers eligible for overtime. The standard salary level for overtime increased from $455 per week to $684 per week. This means workers making just under $12 at 40 hours a week were at the cap for overtime eligibility, but that increased to just over $17 an hour in 2020. This act was scaled down from the original proposal in 2016 that would have increased overhead for grocery stores by about $1.2 billion a year. 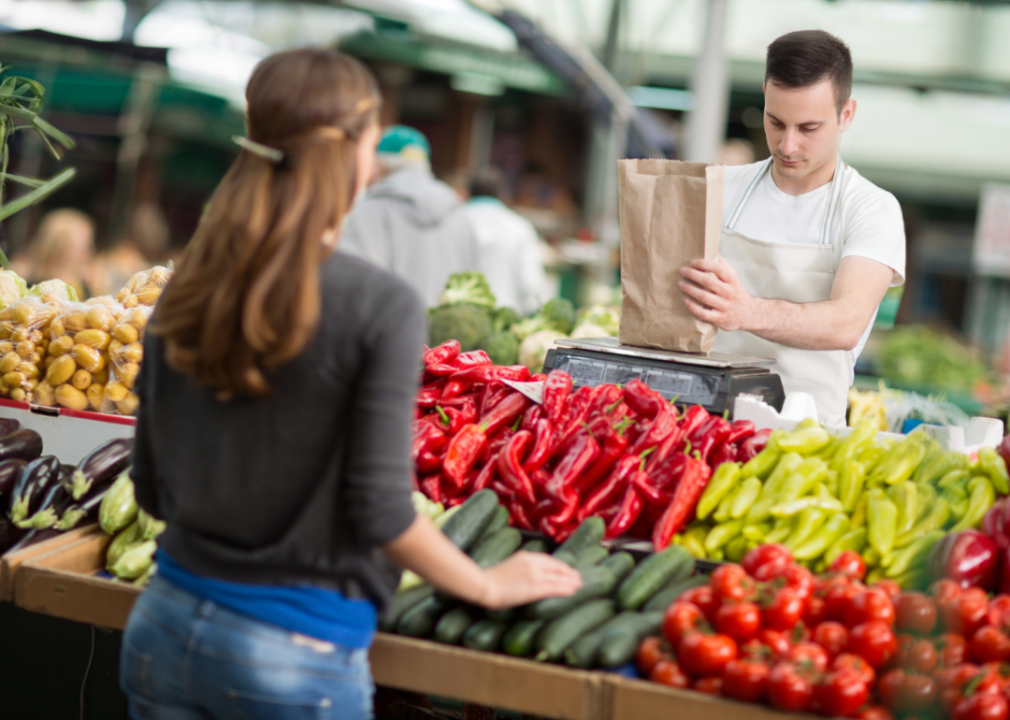 With more grocery workers eligible for overtime since the national threshold was raised in 2019 to $35,568 annually or $684 weekly, smaller grocers have had to reconfigure their employment models. L.E.K.’s study from 2017 predicted smaller grocers would likely have to readjust their current work schedules for employees. They may also need to invest in more technology to reduce labor costs in order to best compensate employees for their time and labor. 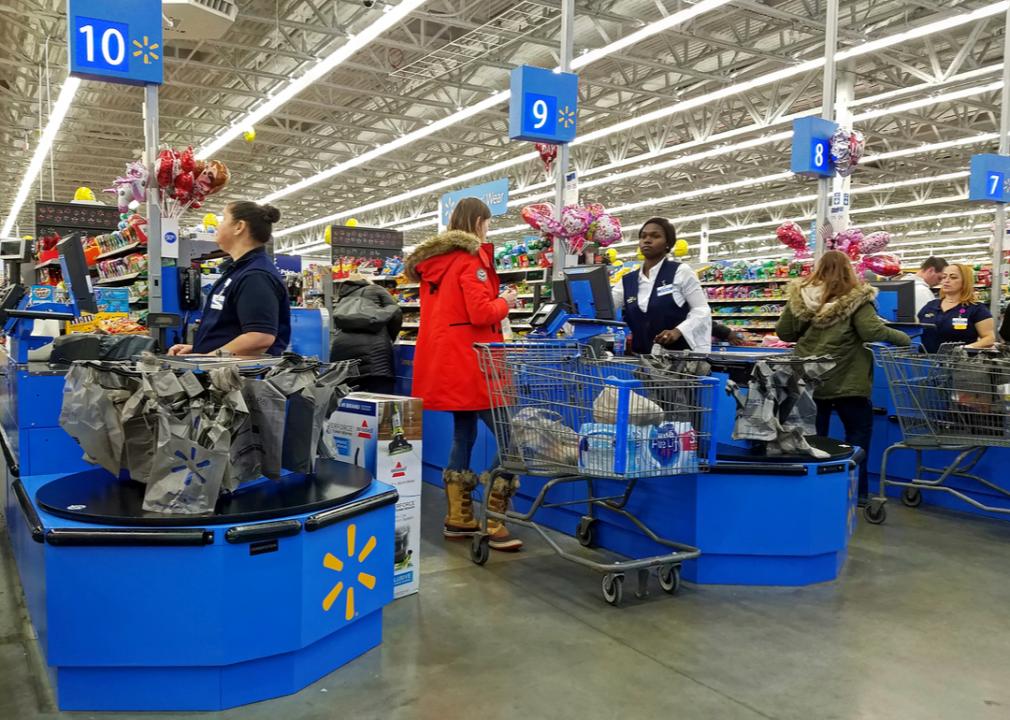 Walmart, Sam’s, and Target have already increased pay for workers

Several major retailers have increased their minimum wages company-wide. As of 2021, Walmart and Sam’s Club raised wages to $12 an hour and Target raised wages to $15 an hour. Union negotiations beginning back in 2016 helped raise wages at these same companies five years prior, and wages have continued to rise throughout the COVID-19 pandemic. Raising these wages then put pressure on other employers to compensate workers more.

Target responded to slumping sales in its grocery business in 2016 by providing specialized training to employees in that section of the box store in order to bolster the shopping experience for customers. The move marked a turn for Target away from staffing the grocery section with employees who also covered other parts of the store. 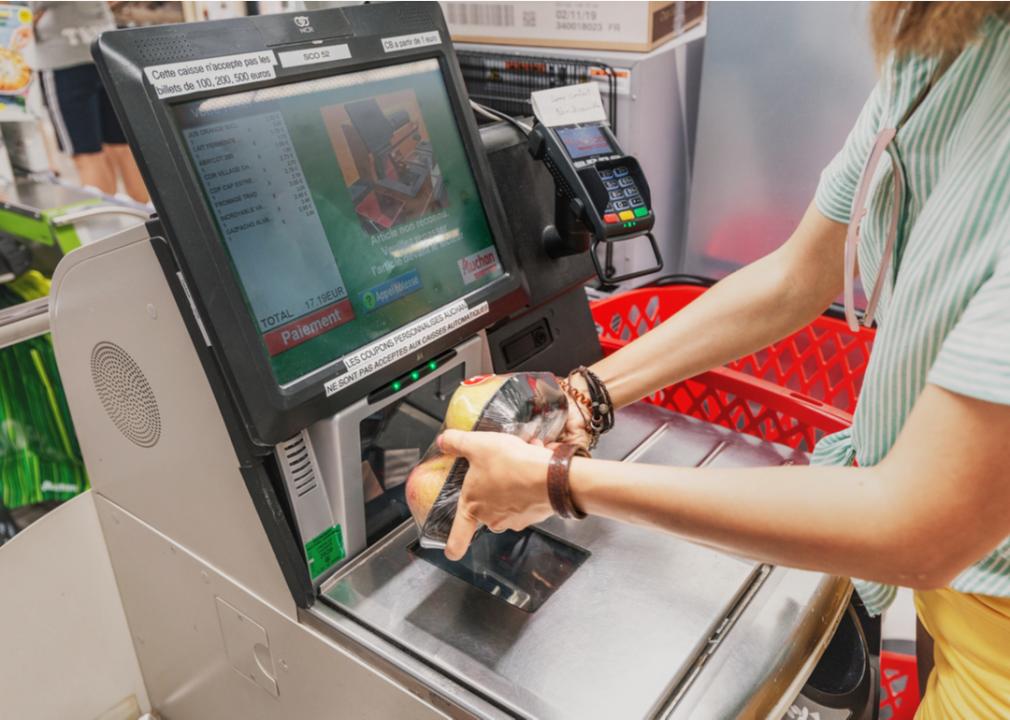 Check-out-free shopping gained momentum as the COVID-19 pandemic took hold in 2020 with grocery stores like Giant Eagle, Price Chopper, and Wegmans all offering some version. In the contactless shopping model, customers use apps on their phones to scan items, receive a total for the order, and skip the checkout line altogether. This method of shopping took some of the pressure off front-end store employees such as cashiers and baggers during the pandemic while helping to alleviate customer anxiety about COVID-19 transmission while shopping.

Since labor is one of the highest costs in operating a grocery store, several grocers have found clever ways to limit costs in other areas of their business models. Aldi limits store hours to be within business hours, did away with grocer services like butcher and fish counters, and requires customers to place a 25-cent deposit on carts to reduce collecting trips for workers. Customers must also bag their own groceries. In the 2010s, Kroger began monitoring the volume of its customers throughout the week, which allowed them to more strategically staff their stores during busier hours. 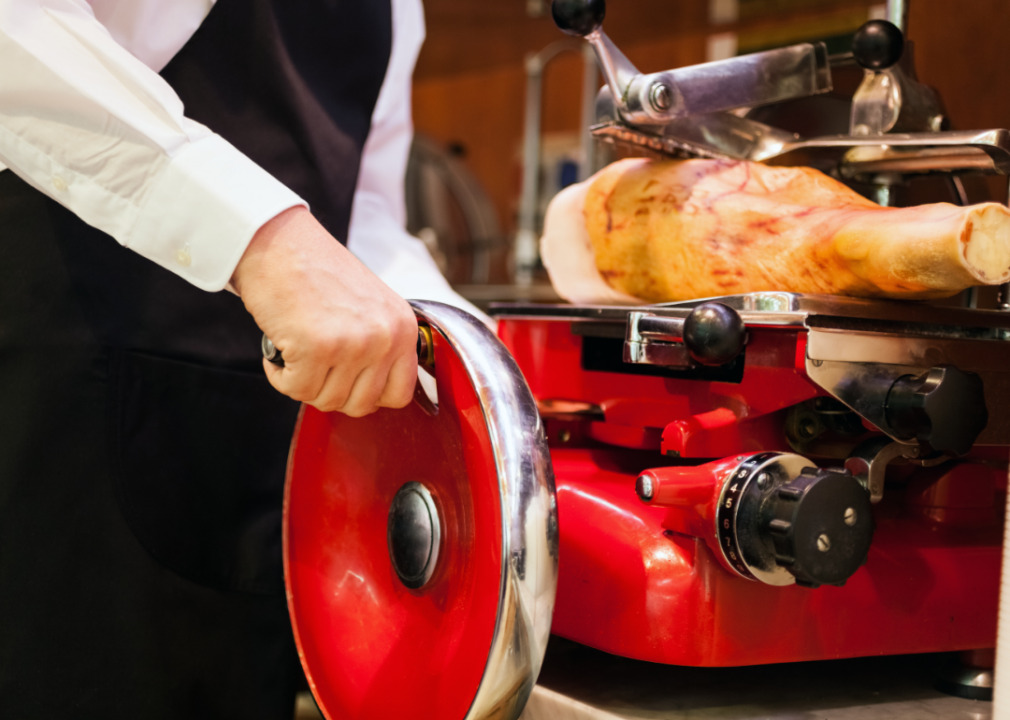 Several grocers have begun outsourcing more labor-intensive tasks, either through automation or third parties. Outsourcing has meant employers do not need to train staff on additional tasks, allowing them to focus on their primary day-to-day duties. Resetting stores overnight while grocers are closed is a commonly outsourced task, allowing staff to reorganize and rearrange products on the floor quickly and efficiently. On-site marketing and data collection are also routinely outsourced, allowing grocery stores to experiment with new products without disrupting the usual flow of the store. 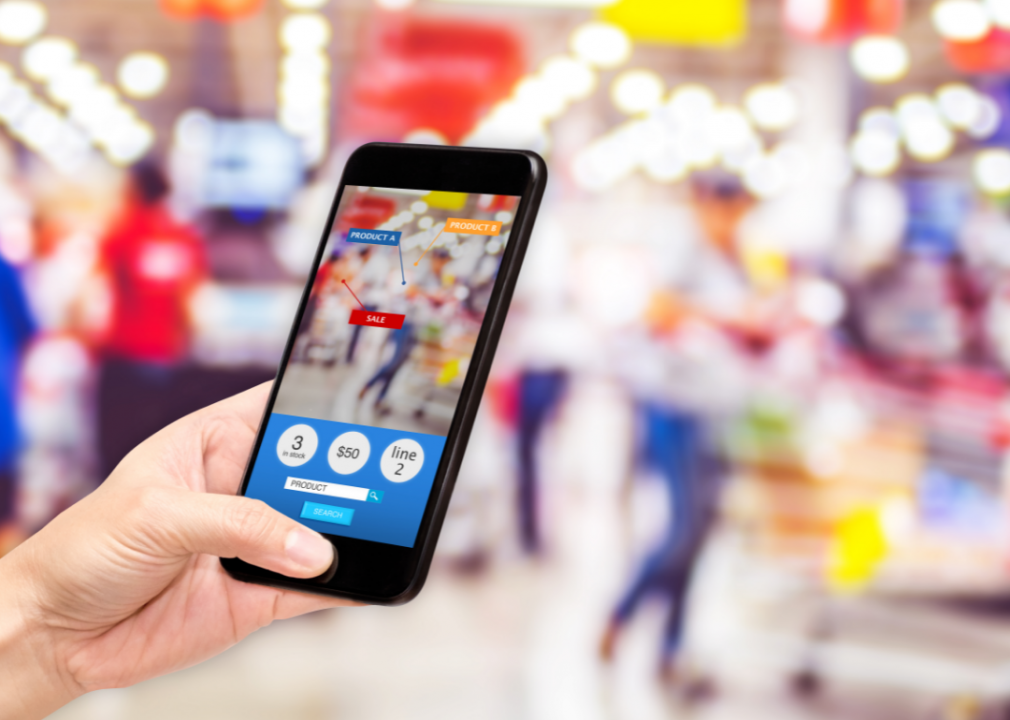 One of the best ways to reduce overhead for grocery stores is by maintaining a consistent customer base to keep profits flowing. If businesses can provide the best products to their consumers, labor costs become less of a concern.

Many large grocery chains have gotten more creative with catering to their customers. Wegmans, for instance, began a digital coupon service for its customer base by targeting coupons specifically for its consumers. Store coupons have been shown to inspire customers to make 23% more trips to their stores and spend 50% more per year than the average shopper.

This story originally appeared on Shelf Engine and was produced and distributed in partnership with Stacker Studio.