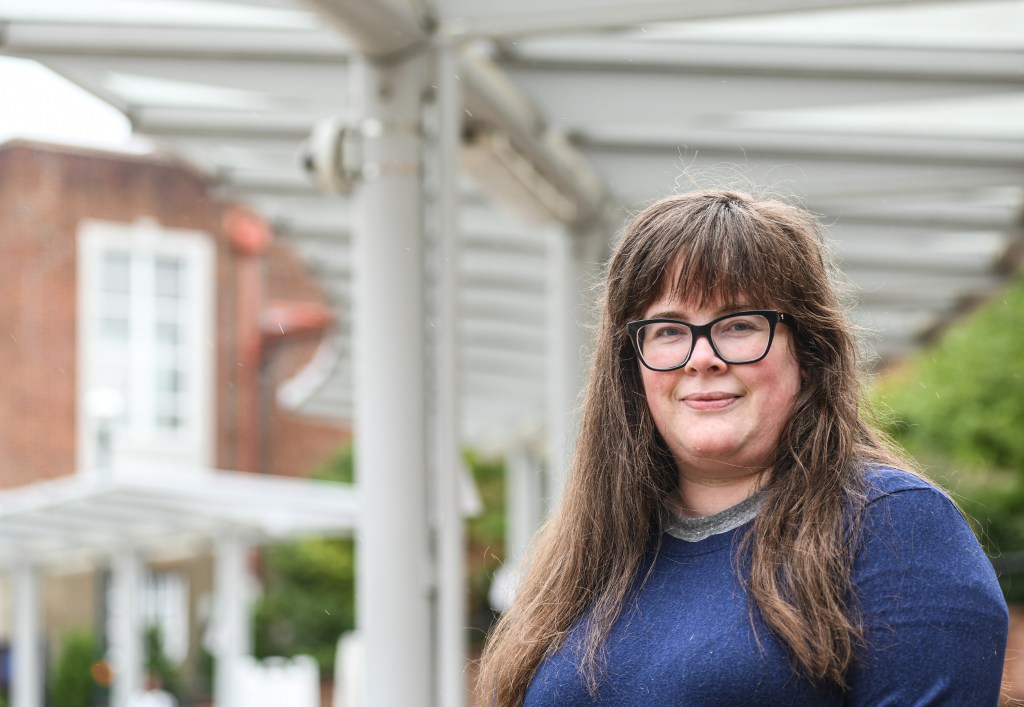 Postpartum depression left Julie Seawright of Tupelo crying hysterically in her bathtub after the birth of her first child.

She turned to her state-employee insurance plan to cover out-patient treatment to  see her through the crisis.

She was out of luck.

“Insurance was great when I had children but not so great when I needed therapy or meds due to postpartum depression,” said Seawright, who was employed in a north Mississippi school district when those symptoms hit in 2010.

Congress mandated 13 years ago with the Paul Wellstone and Pete Domenici Mental Health Parity and Addiction Equity Act of 2008 that health insurers nationwide offer coverage for mental health-related illnesses at the same price and level they did for physical medical aliments.

Mississippi took advantage of a way around complying with the federal law for its state employees through an exemption for self-insured programs that today leaves Mississippi’s 200,000 state active employees, dependents, spouses and retirees on its planwith no coverage for outpatient mental health coverage in a period when a global pandemic has sent hundreds spiraling into depression, anxiety and substance abuse. A Kaiser Family Foundation survey in September found over a third of adults in Mississippi reporting symptoms of anxiety or depressive disorders, the fourth highest percentage in the country.

Seawright was left having her to pay out of pocket for expenses involved in treating her illness. She first called her OB/GYN for help. “She called me in depression meds. Then, after the six-week follow-up appointment with her, it was a struggle to find someone who would prescribe me with Zoloft that was accepted by my school insurance,” said Seawright.

Even though Seawright was treated with medication, she felt like her treatment from a general practitioner was insufficient for how she was suffering. “The doctor I did find just kept refilling it without asking me how I was doing or if it was getting any better. I felt like a number, not a person,” Seawright said.

From her diagnosis until 2014, Seawright continued paying out of pocket what she could afford for her mental health treatment, saying she would pay $150 for a session with a therapist. Her doctor recommended she go weekly, but she could only afford going once or twice a month.

This experience has been common for all state employees who seek mental health treatment, said Billy Young, chairman of the board of Right Track, an outpatient mental health provider with locations throughout the state and Alabama.

Even as the Affordable Care Act was being implemented after its passage in 2009, the state of Mississippi found a way to not provide mental health coverage as an essential benefit under the plan, Young said. “If insurance companies were able to demonstrate that it was too costly, there were ways to opt out,” he said.

Mississippi sought and was granted such an exemption in 2008, according to the Department of Finance and Administration, which manages the state employee health plan.

However, BCBS is not responsible for what is contained in the state employee health plan, Young said.  It is simply the third-party administrator of the state’s plan — the parameters of coverage for it are set by the state Legislature. The state employee plan pays for coverage directly, making it a self-funded group health insurance plan.

Angela Ladner, executive director of the Mississippi Psychiatric Association, said that in 2016, after the rules for implementing the ACA were finalized, she was part of a group studying how Mississippi could meet their obligations under the law.  “After that group concluded, Sen. Gray Tollison of Oxford introduced a SB 2678 a full parity bill in 2019, SB 2094 in 2018, but neither advanced from the committee process.,” she said.

The association asked Mississippi Insurance Commissioner Mike Chaney for help and was asked to let the state Insurance Department try to get companies to comply through policy instead of changing statute, Ladner said.

Chaney has not responded to repeated abut his position and role in governing mental health parity in the state employee health insurance plan.

This past legislative session, Rep. Tommy Reynolds , D-Charleston, proposed a version of the mental health parity bill that explicitly includes self-funded group plans such as the state employee plan. HB 1169 died in the House Insurance Committee. Republican Rep. Henry Zuber III of Ocean Springs, who chairs the committee, did not return calls for comment.

“I am concerned that we have a system that works for all people,” Reynolds said. “We cannot depend on a federal act to do what we should be able to do ourselves.”

Reynolds said that he proposed the bill in response to constituent requests for relief from onerous bills for outpatient and inpatient psychiatric care.

“It has been 13 years since the passage of one of the most significant pieces of federal legislation to affect people with mental health and substance use disorders. Unfortunately, many insurers are still not in full compliance with the (Mental Health Parity and Addiction Equity Act of 2008) law, specifically in how they create and apply their managed care practices like prior authorization, step down therapy and establishing a full continuum of care in their provider networks,” Ladner said. “MPA stands by its commitment to full parity implementation for Mississippi citizens. States have primary enforcement authority over insurers that sell individual and group policies. Legislation would require insurers to report to state regulators how they design and apply their managed care tactics. Then, we can close the gaps to ensure that everyone living with mental illness or substance use disorder are able to access the care they need.”

Why doesn’t Mississippi provide such coverage to its employees?

“For the life of me, I don’t understand why,” Reynolds said.

Young noted that psychiatrists are classified as specialists by the state employee plan, which keeps such treatment unaffordable by imposing high deductibles on treatment rather than co-pays such as are available for physical ailments. “For working people, it’s cost-prohibitive,” Young said.

DFA states, “The plan is compliant with all state and federal laws and provides coverage to almost 200,000 active employees, dependents, spouses, and retirees. All of our health and pharmacy benefits may be reviewed by visiting our website at www.knowyourbenefits.dfa.ms.gov”

Seawright said that even her 10-year old son  Carter, who has ADHD, knows the importance of mental health coverage. “Brain health is as important as body health,“ he once told her.

Seawright, who now works part time for the University of Mississippi as an ASL interpreter in the mornings and for the Link Centre as an office manager in the afternoons, stands by her right to have sufficient coverage for her illness.  “I am a functioning member of society and still struggle with mental health issues. If I didn’t do without some things to be able to get my meds, I’m not sure I’d be able to function half as well as I do on my meds.”

This story was produced by the nonprofit Mississippi Center for Investigative Reporting. Email Julie Whitehead at julie.whitehead.mcir@gmail.com.