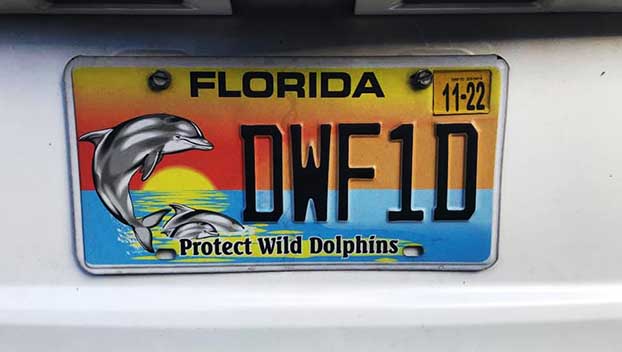 WLOX-TV’s Dave Elliott posted a public comment on Facebook with a photo of his Florida license plate.

“Yes, I have a Florida license tag on my car,” he wrote. “There’s a mostly legitimate reason for that and you see I’m all for protecting wild dolphins.”

Elliott further wrote that he learned from a source at the Harrison County Courthouse that a woman who recognized him from his television work has called the courthouse to report him.

Out-of-state car tags in Mississippi are serious matters as Mississippi’s taxes vehicles through the car tags based on the car’s value with newer cars having tags that can run into hundreds if not more than one thousand dollars, while nearby states offer flat fees for license plates — often well below $100 per year.

The Sun Herald newspaper wrote an extensive article on the subject here.

Comments on Elliott’s post defending his out-of-town tag were mostly supportive of him, but a few people pointed out that the move was likely just to save money, money that would help support Mississippi government spending.

Elliott responded and seemed to put the onus on his wife and her business.

“Not that I have to explain,” he wrote. “Wife has business there and a Florida drivers license. Tax reasons.”