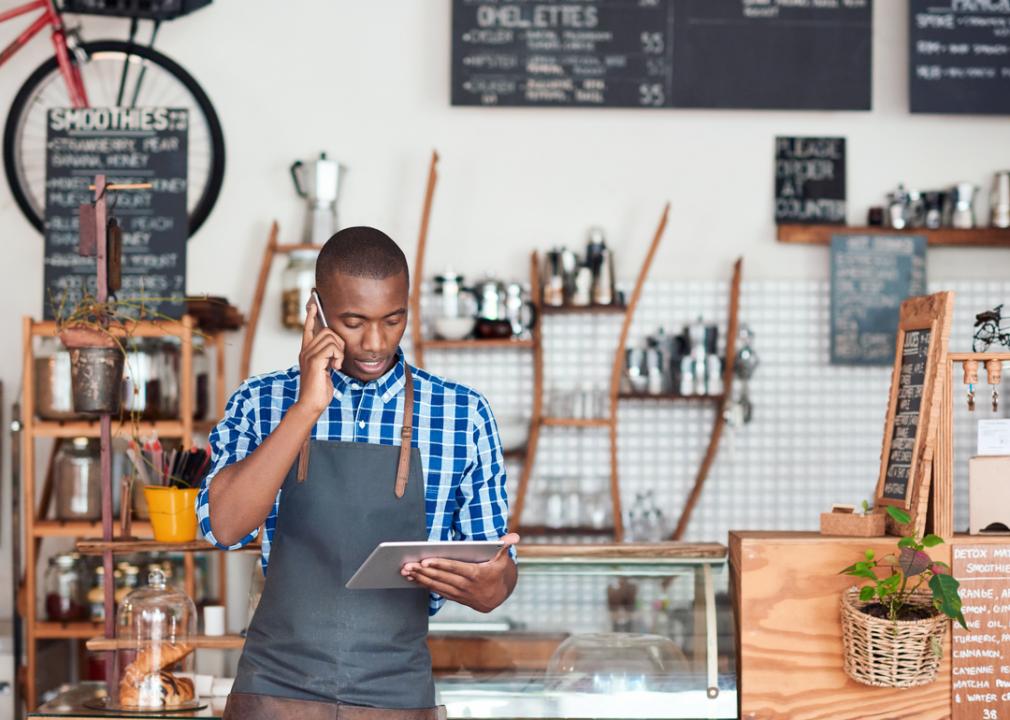 It may seem evident that businesses would thrive as the economy thrives and struggle as it struggles, but that may be true if the path to owning a business was equal across every race. No one understands this disparity like Black, Latino, Asian, and other business owners of color.

These systemic inequities already existed for minorities in the United States well before the COVID-19 pandemic, which only worked to demonstrate just how challenging it is to recover from an economic crisis—and various studies and surveys validated this reality. In June 2021, McKinsey & Company reported that Black-owned businesses are 20% less likely to get a loan than businesses with white owners, and these businesses often lack access to a supportive network due to implicit bias and the legacy of racism.

So when local governments order shutdowns and curfews, it becomes clear which businesses will get a fair shake at surviving and which will have to close their doors. To further understand how the COVID-19 pandemic impacted minority-owned businesses, Simply Business analyzed a survey conducted by the Federal Reserve’s Small Business Project, fielded from September to October 2020, of 9,693 minority-owned small businesses in all 50 states and the District of Columbia.

Though each business reported different challenges and expectations for the future, the vast majority experienced a decline in sales, marking the start of a long road to recovery. Read on to learn the problems minority business owners suffered amid the COVID-19 pandemic and what they hope will change going forward. 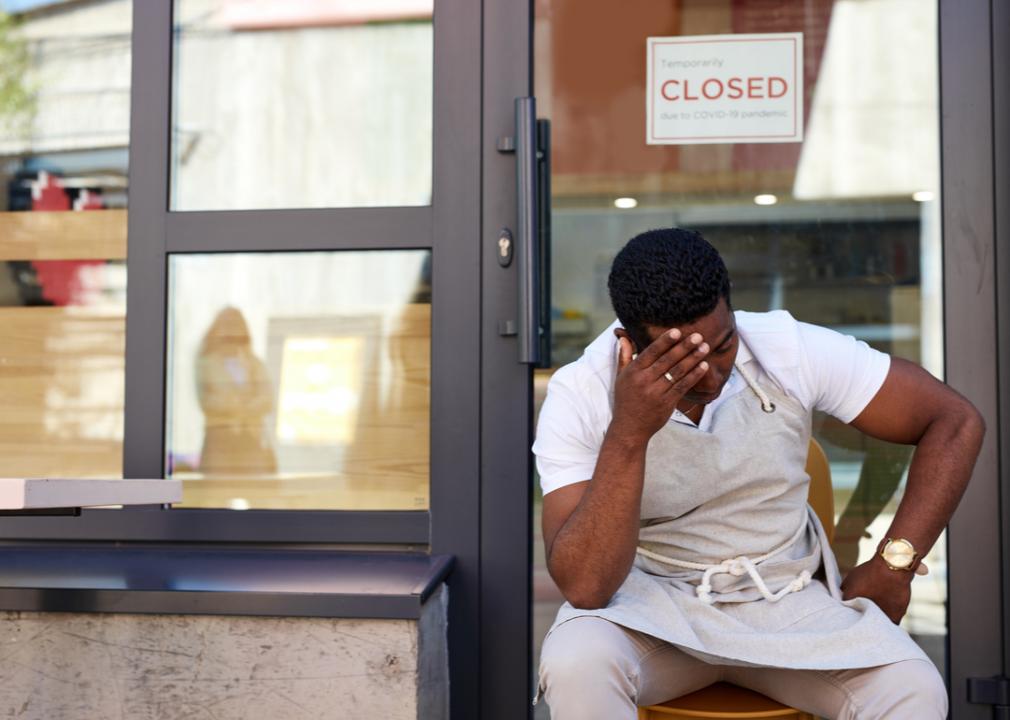 Expected challenges business will face as a result of pandemic

What businesses have gone through is unprecedented enough, but now they’re having to base their next quarter on a year full of delays and closures. They’re right about these challenges, including limited credit availability.

According to Bloomberg’s August 2021 report, Chicago is just one example of where the pace of reopening and recovery in majority-Black neighborhoods was slower than in other areas. The data compiled also found “the infusion of Paycheck Protection Program funds has failed to translate into a meaningful economic recovery in many of these neighborhoods.” What’s more, many minority-owned businesses have a customer base that is mostly minorities; so if their customers are suffering, they won’t be buying items or services that aren’t necessary. 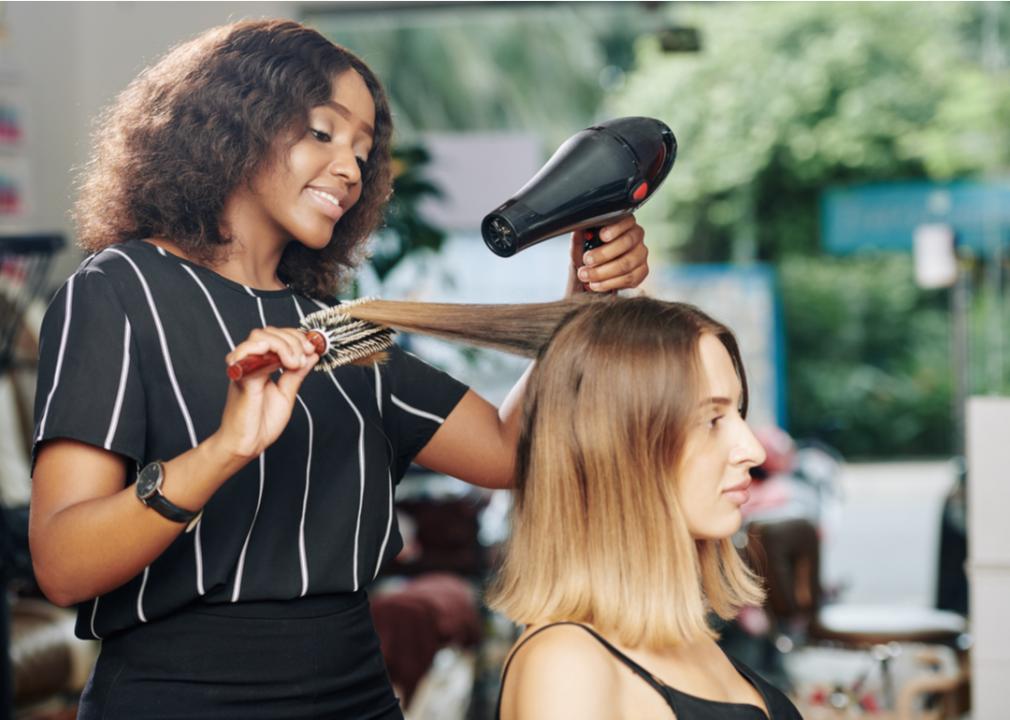 It would be likely to assume the rate of failure would increase when a pandemic is ebbing and flowing across the country. However, in the wake of George Floyd’s murder in May 2020, support for these businesses increased as the public rallied behind Black Lives Matter–adjacent movements. 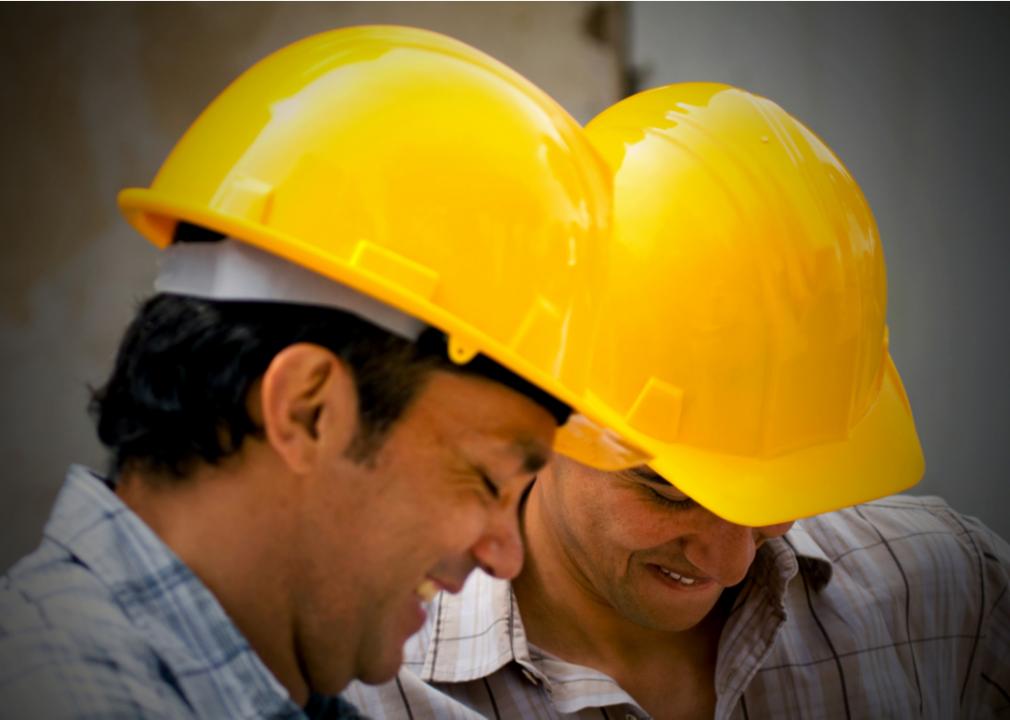 Construction made up 17% of Hispanic-owned businesses, according to a study by Biz2Credit. The study also showed that, before the pandemic, the average annual revenue and credit score of these businesses increased. This season of positive change was interrupted by rising costs once lockdowns began.

Though numbers improved during Summer 2020, the study reveals all Latino-owned businesses saw a 42% drop in revenue. But if construction businesses are the example, the number of limits they faced is unmatched. Building timelines were completely halted, supply chains broke down, and essential workers got sick. The businesses that depended on finished construction jobs also saw roadblocks. 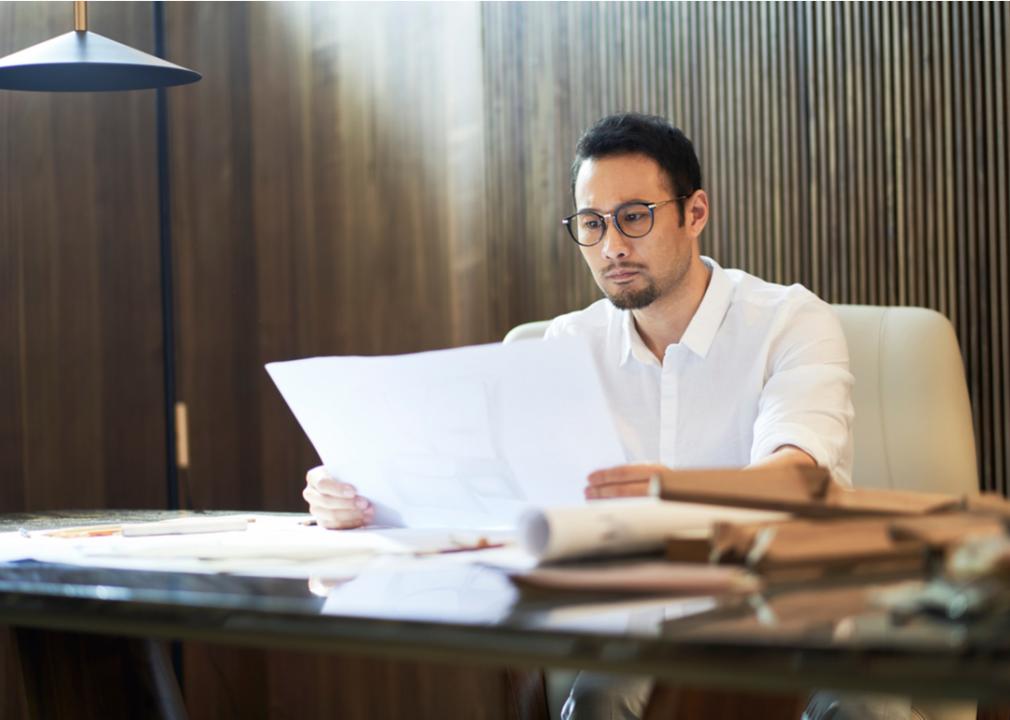 As they find ways to survive, small business owners are unfortunately diving head-first into debt. It is possible, ProPublica reports, for the U.S. to lose an entire generation of Black-owned businesses. The last time this was a major concern, according to ProPublica, was during the 2009 recession, another crisis that widened the existing gap between minority wealth and white wealth.

In April 2020, the New York Times posited that minority businesses could face some hurdles in acquiring federal aid. That eventually came true when some big banks used their wide discretion to refuse to consider many struggling owners. 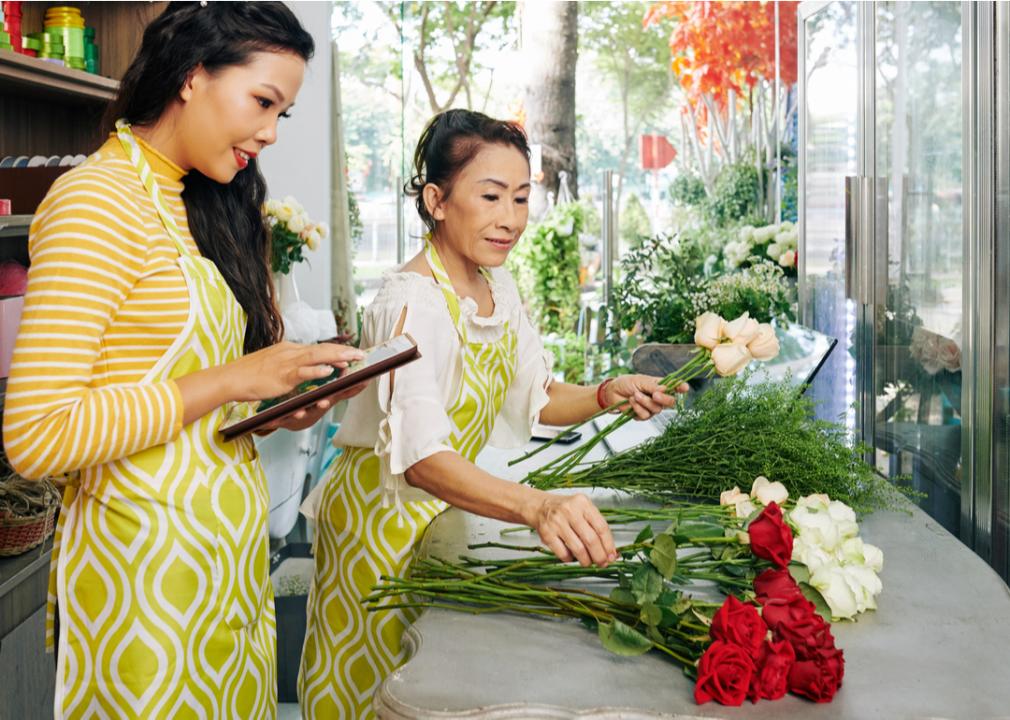 Remote work is a worthy consideration in this conversation. Minorities own several small businesses that don’t fare well for teleworking if sales depend on face-to-face interaction. Rakesh Kochhar, a senior researcher at the Pew Research Center, said that restaurants and health care firms suffered for this reason. 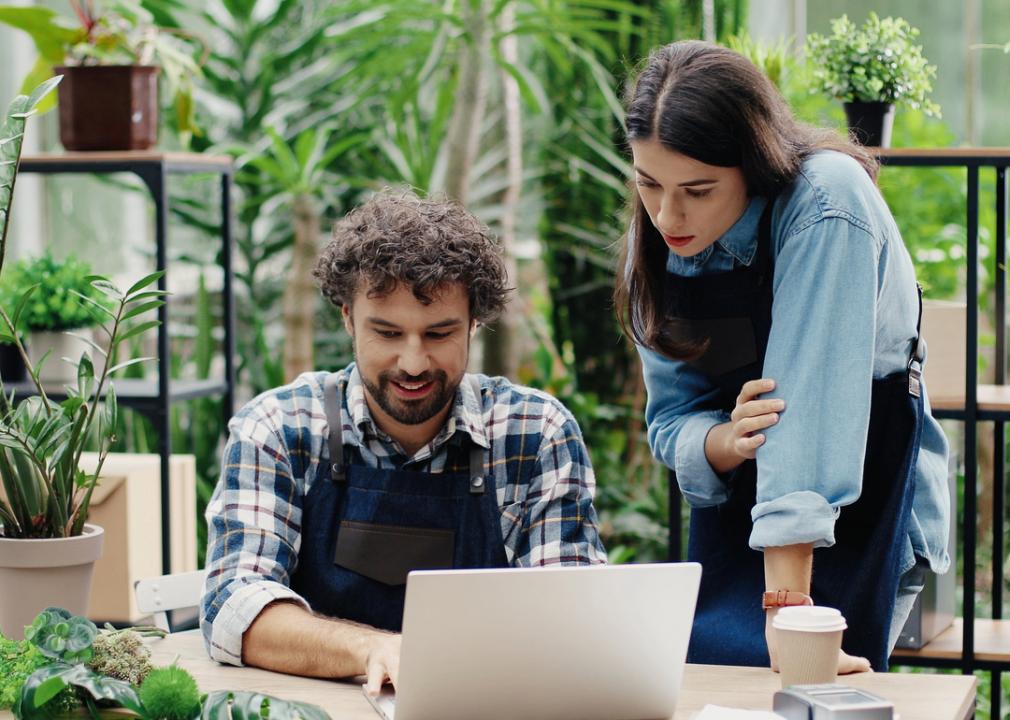 Decision-making during the pandemic is volatile. Whether or not people will buy goods and services, and what kinds of goods and services will have increased or decreased demand, is incredibly hard to predict. To call the survey respondents optimistic or pessimistic based on this data is nearly impossible unless analysts are able to know how COVID-19 numbers will shift.

When the vaccine rollout began, reports of “herd immunity” ending the pandemic—a phenomenon where enough people are immune that the spread stops—were promising. Now, McKinsey & Company says the endemic COVID-19, where it is too widespread to eradicate (think chickenpox) as long as there are unvaccinated persons who contract it, is more likely. This leaves the future of minority businesses unpredictable for the foreseeable future. 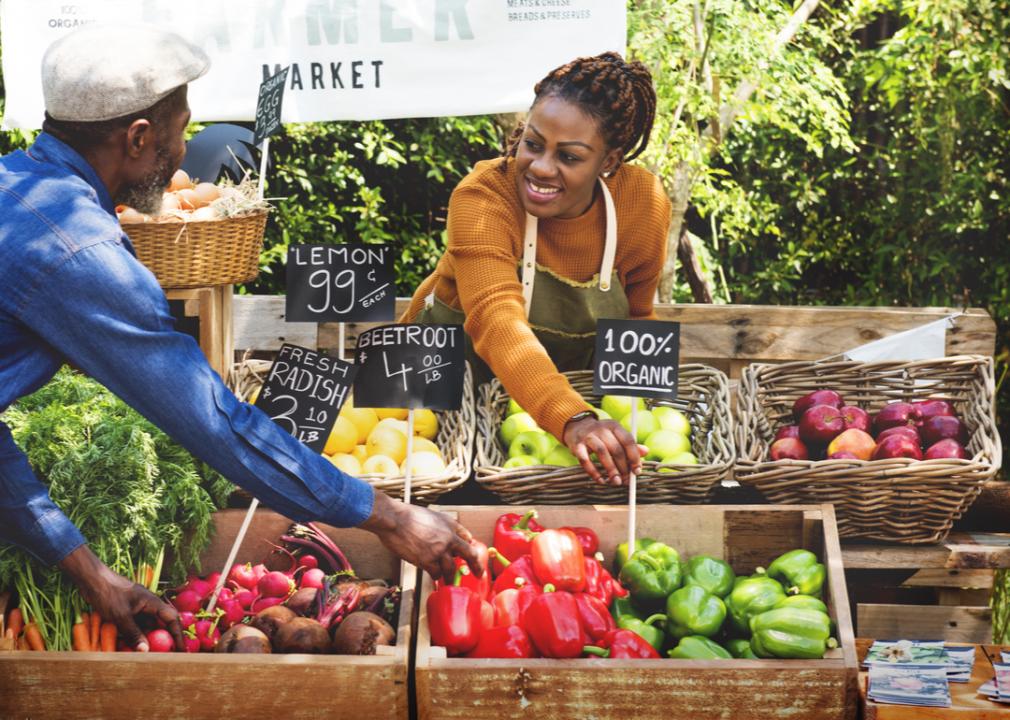 Minority businesses don’t have as many safety nets as others do. The decisions listed here are simply not what all white-owned businesses go through when a crisis hits. Researchers at the New York Federal Reserve have the data to prove it. While 17% of businesses with white owners became inactive in April 2020, 41% of Black-owned businesses plummeted. Latino-owned businesses dropped by 32%, and Asian owners came in at 26% lower.

Businesses who didn’t have to go completely inactive had savings, trusted banks ready to loan them money, better connections to those who give grants and donations, and likely had better credit. 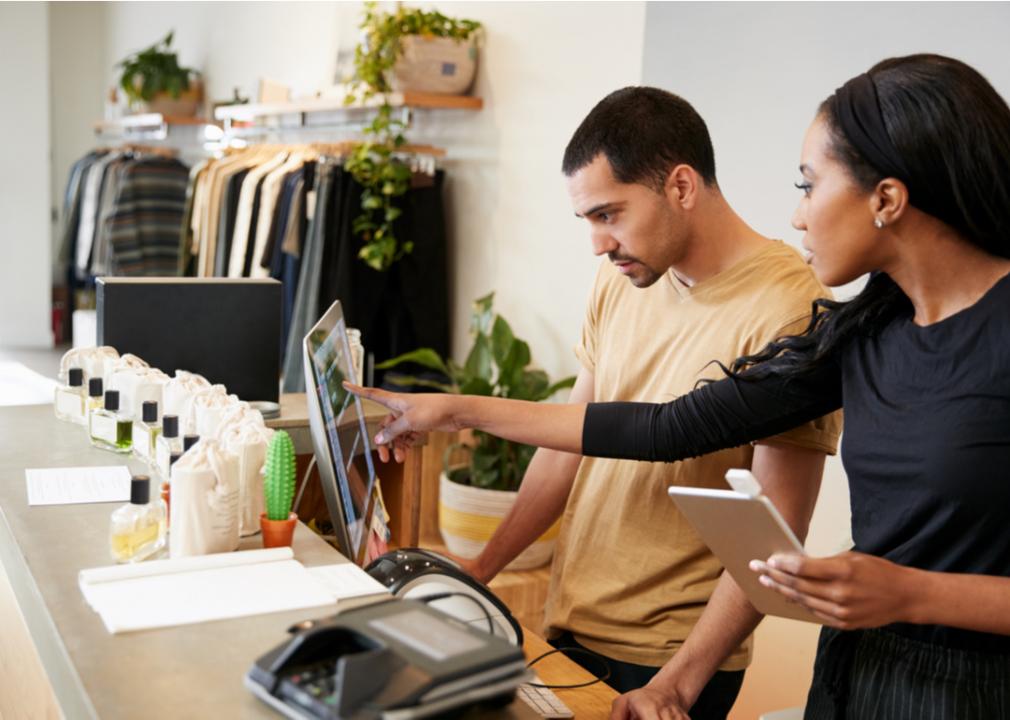 While Paycheck Protection Program loans were offered to businesses all over the country, many who were approved didn’t disclose race, meaning demographic data is limited. However, many independent studies have been done that capture the disparities in loans.

Brookings scholars analyzed the U.S. Treasury’s data and found loans were systematically delayed in areas with high minority populations. This is where other funding, from Main Streets organizations, state and local governments, and nonprofits, comes in. 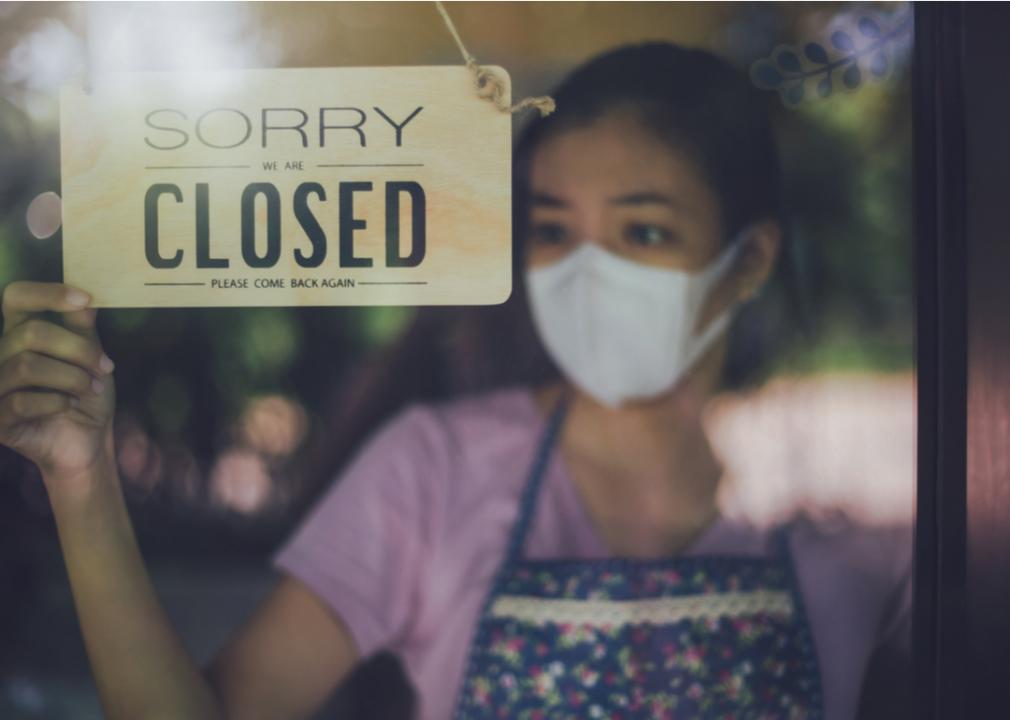 When the Paycheck Protection Program loans were first rolled out, small business owners were encouraged to apply because they were nearly guaranteed to be forgiven at some point. The most recent data from the Small Business Administration (SBA) shows that out of over 11 million PPP loans, less than half have been forgiven.

The process is currently under scrutiny. The Intercept recently reported that small businesses are struggling to have their loans forgiven because banks have no incentive to do so. Big banks like PNC and Bank of America have already opted out of the SBA’s process. The U.S. Treasury Secretary wanted Congress to consider automatically forgiving small loans, but it never happened. 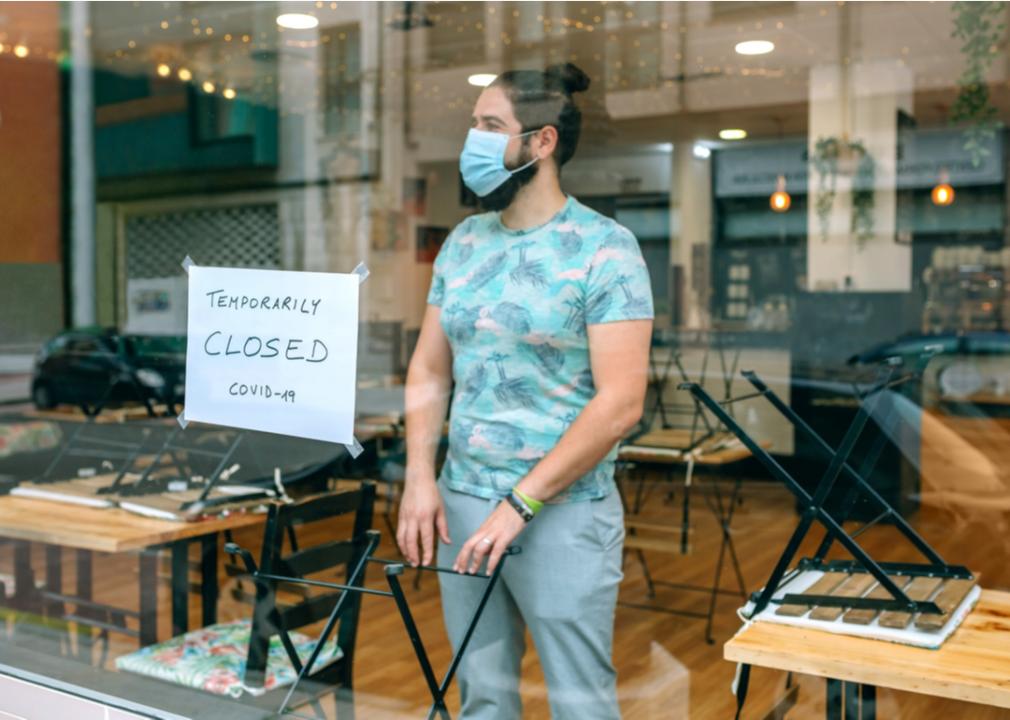 Americans are leaving their jobs in record numbers, and it has a lot to do with mental health. COVID-19 has made working scary for bosses and employees alike. According to Today, some are calling this time “The Great Resignation,” citing declining mental health as the main reason for the trend.

And it may continue as COVID-19 cases begin to go up. California, New York, Florida, and Texas have the highest number of minority-owned businesses: Three of those states are averaging more than 10,000 cases per day as of August 2021. 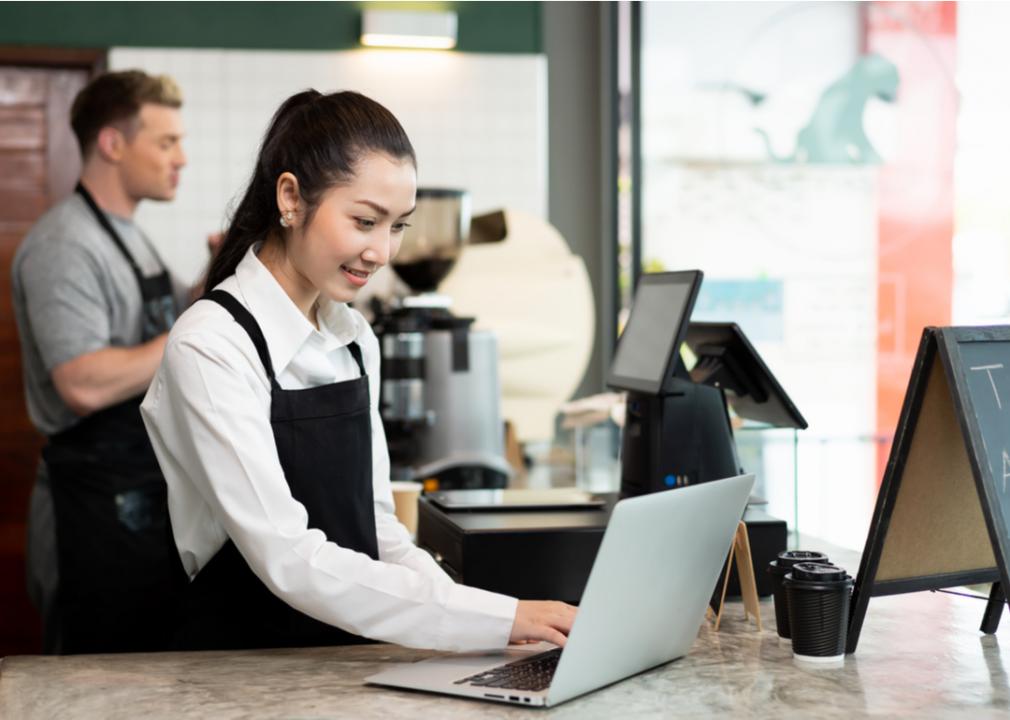 Though there are many reports that claim we are far from returning to “normal” life, this data matches the unemployment trends. Pew Research Center reports that full recovery is distant, despite positive movement. In July 2021, the unemployment rate dropped to 5.4%, meaning minority businesses can look forward to some stability.

However, some authorities, like the Economic Policy Institute, say the shrinking labor force is the reason for these trends, not an increase in jobs. Whether minority businesses will be able to hire more is up for debate because of the conflicting data. 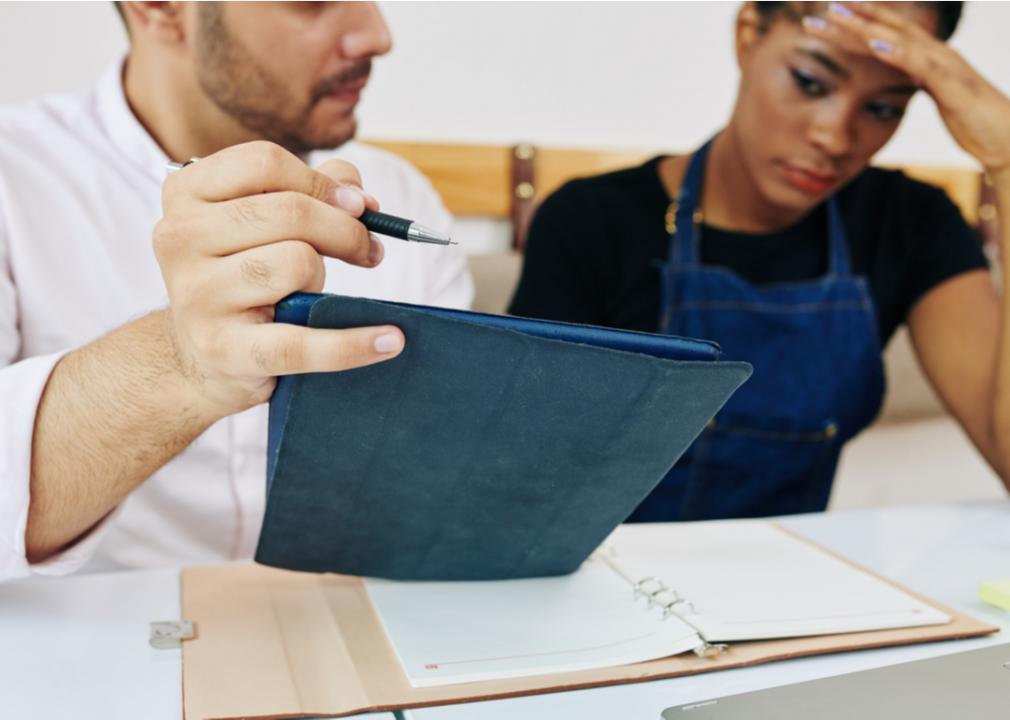 Depending on the industry, some minority businesses may have more trouble rehiring than others. Black, Asian, and Latino workers who may want to work at the businesses in their communities don’t have the same opportunities their white colleagues do in certain industries.

According to Crain’s Cleveland Business, in-demand industries in Ohio are dominated by white people, including human resources, occupational therapy, web development, and finance. Crain’s Cleveland Business featured a study by Team NEO that showed, while Black and brown people make up much of the workforce in the general industries these jobs occupy, minorities are scarce in the specific positions that are currently in high demand. 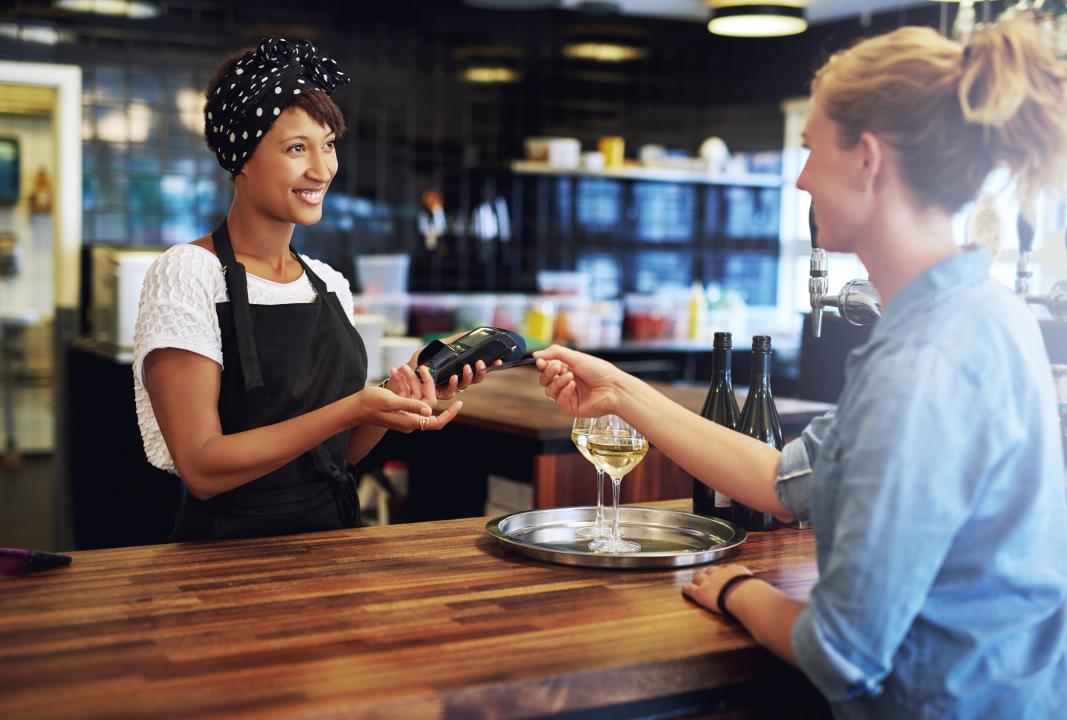 Some industries have fully reopened: restaurants, movie theaters, and even clubs are up and running. But as cases rise and fall, it’s up to local governments to decide whether to reinstitute mask mandates, social distancing, curfews, and even full shutdowns. All of those changes affect the demand for certain services and job availability.

CNN recently reported that even though industries like tourism are ready to be back in full force, many workers are simply declining to come back to work—and for many reasons. Unemployment affects minorities more than anyone else: A Seattle nonprofit CEO told the Seattle Times many Black workers, who are overrepresented in the service industries, enhanced this disparity. 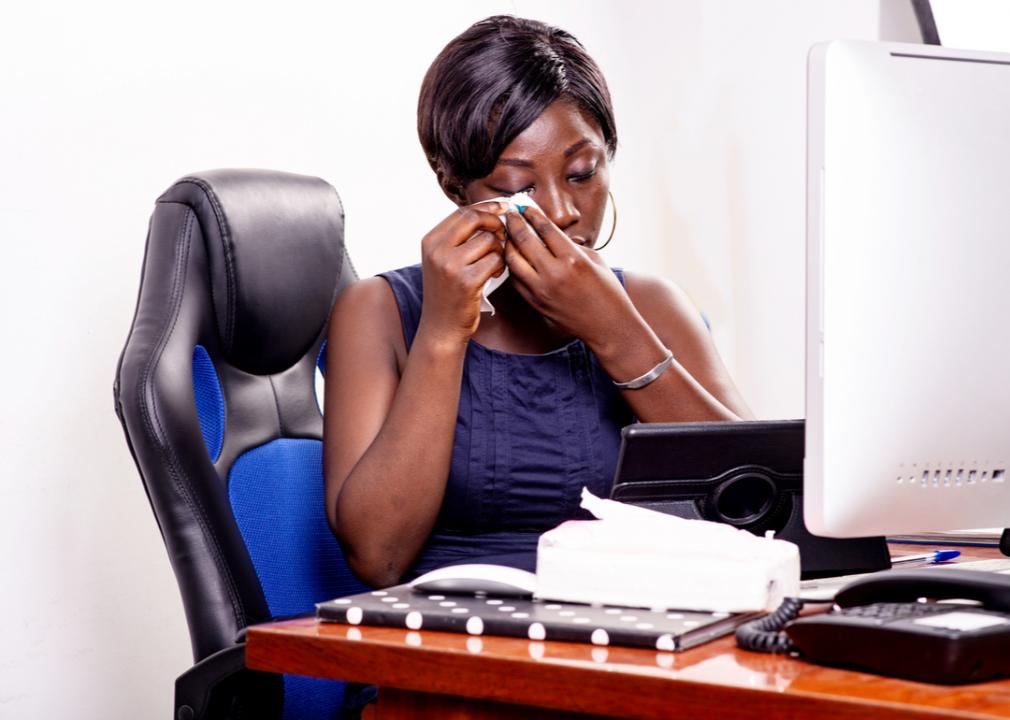 Expectations for COVID-19 effect on sales

These findings are less than optimistic, and they indicate how recovery is going to look different for minority businesses. Though there have been some improvements in the economy since the height of the pandemic in 2020, minority businesses did not see the same benefits. For example, Fortune reported Black-owned businesses “have less access to capital” and had a hard time securing Paycheck Protection Program benefits through large banks.

Preparing for a solid recovery is harder for minority businesses. If they’re women-owned businesses, that may compound the hardship. Vickie Gibbs, a director at UNC-Chapel Hill’s Kenan-Flagler Business School, told Fortune many women often have more family obligations to attend to than men, causing these businesses to close down. 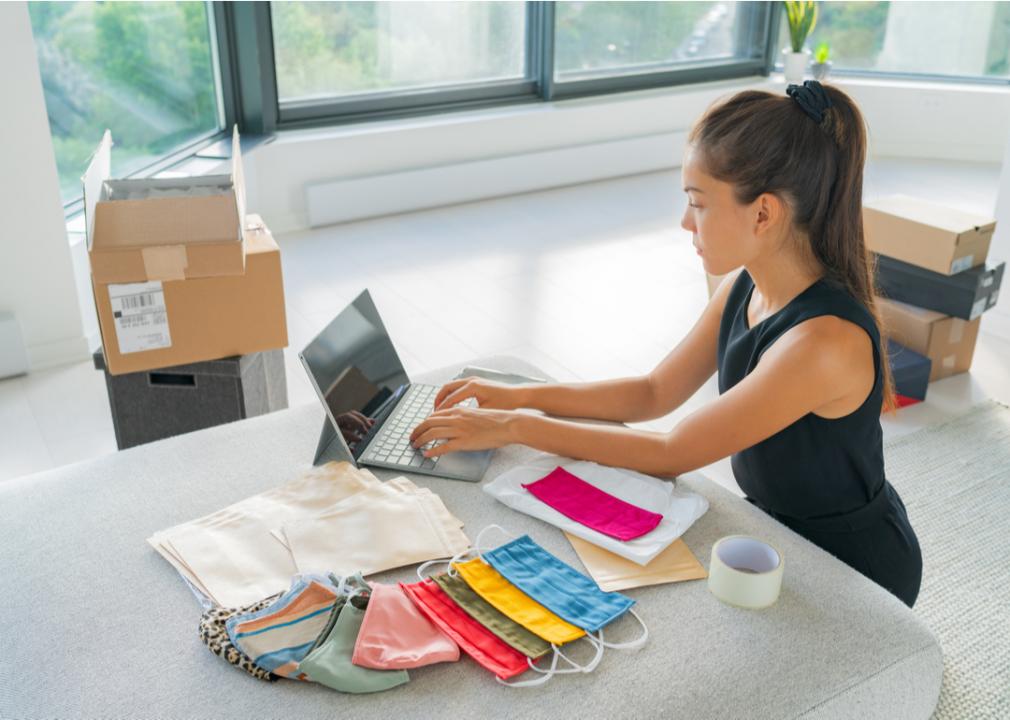 Time until sales return to 2019 levels

As 2021 ends, minority businesses are counting on sales to return to normal. Locally, reporters have been talking to minority businesses in every state about losing major facets of their business that contributed to sales. Commerce centers run by people of color, such as San Francisco’s Chinatown, need to see a return to 2019 levels of tourism and foot traffic for sales to be at previous levels.

Because of the Delta variant’s unpredictability and the lack of concrete vaccine mandates, some commerce hubs don’t want to see foot traffic return in the form of tourism. Other minority businesses can’t have customers standing too close together, and they are still reconfiguring how to sell products and provide services safely.