Will Patricia Brown die in a Mississippi prison for possessing less than 2 grams of cocaine? Supreme Court will decide. 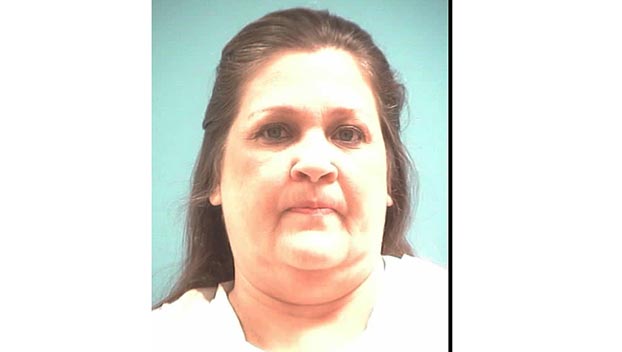 Unless something changes, Patricia Brown will spend the rest of her life inside a Mississippi prison, all because of a $20 rock of cocaine.

She is now challenging the state’s habitual offender law that ensured she would receive life without parole before the U.S. Supreme Court, which will decide what action to take on the case after the justices’ next conference on Friday.

Like a number of other states, Mississippi has two habitual offender laws, referred to as the “big” and “little” laws. Under the “little” law, someone is sentenced to the maximum possible prison sentence upon conviction of their third felony. If one of those felonies was violent, however, the “big” law ensures the person will be sentenced to life without parole.

The third felony doesn’t have to be violent for the law to take effect. Someone who served their time for a violent felony years ago is still subject to life without parole for a nonviolent on a third felony.

Advocates have noted this can lead to life sentences for anything from drug charges to shoplifting. Brown, of Pontotoc County, who just turned 58, was sentenced to life without parole under the “big law” in 2008 for a rock of cocaine weighing less than two grams because of previous charges, including accessory to an armed robbery in the late 1980’s.

However, the petition for writ of certiorari sent to the court notes that two trial court judges differed on whether she was eligible for life under the sentencing enhancement. The judge who presided over her robbery conviction found she did not commit a crime of violence because she did not possess the weapon used and was not physically present at the time the robbery. The judge who presided over her drug charge said the enhanced sentencing applied to Brown even though she was guilty as an accessory, because state law makes an accomplice guilty as principal.

“Rapists and murderers do not get the type of sentence I have,” Brown said. “I had been out of jail on my armed robbery charge for 20 years, was working, had a job, worked every day and I was raising a family. My family began in 1996. And then the courts just up and took my life away from me and not only me, my children.

“It’s cruel and unusual punishment,” added Brown, who said she has two kids who were 12 and 7 when she was incarcerated.

Brown’s attorney, Jim Waide of Tupelo, is appealing to the U.S. Supreme Court on the grounds that what is defined as a “violent crime” under the statute is unconstitutionally vague. The petition argues: “No less than four (4) decisions from this court … hold that in order to meet due process standards, a sentencing enhancement statute must contain a non-vague definition of the term ‘crime of violence.’”

For instance, in Johnson v. United States, the government asked for an enhancement to sentencing based on the conviction of a “violent felony” in the Armed Career Criminal Act, which is defined as a crime that “otherwise involves conduct that presents a serious potential of physical injury to another,” according to the petition. The court held in 2015 that the definition was “unconstitutionally vague,” as it is left uncertain how to estimate risk of a crime and how much risk would be necessary for the label to apply, according to the petition.

At the time of Brown’s conviction, the Mississippi statute did not provide a definition as to what constitutes a violent crime, the petition argues. It also notes that though the statute was amended in 2014 to give an updated definition of violent crime, which includes armed robbery, it still isn’t clear on whether that would apply to someone convicted as an accessory.

The April 17, 2018 ruling in Sessions v. Dimaya held that the precedent in Johnson also applied in other contexts, the petition argues. It also argues that the ruling of Welch v. United States on April 18, 2016, held that this standard would be applied retroactively as well. The Mississippi Court of Appeals ruled against Brown in 2009, and Brown filed further, unsuccessful appeals to the state Supreme Court. The petition argues that the “void for vagueness” issue was not raised, as the court cases the appellate court relied on had not yet been decided.

Waide, who was not Brown’s lawyer in her initial case, has tried unsuccessfully to argue her case before the Mississippi Supreme Court, as well as both federal district and appeals courts, using the “void for vagueness” argument. They have declined to hear the case, he said, while the U.S. District Court decided the case was without merit.

Matt Steffey, professor of law at the Mississippi College School of Law, said while getting a case before the U.S. Supreme Court is a “long shot,” especially since this case in particular regards an issue of state law, the legal argument is strong, “much stronger than most.”

Steffey said the fact the statute has been amended to give a more clear definition of what is a “violent crime” tells the court that deciding this case wouldn’t be a wholesale shake up to the state’s criminal justice system, only affecting a finite group of people who are similarly situated to Brown.

On the other hand, he said the fact the law has been amended may make the court see the case as having less national importance, as it’s also currently unknown if other states have laws similar enough that a decision would affect them as well.

“I think the argument is serious and needs resolution, but it’s a long shot, not just because all petitions for cert are a long shot, but because, in part, this issue has already been solved by the state of Mississippi,” Steffey said.

Waide said he feels confident the case has a better chance than most, both because of how straightforward the argument is and because experienced Supreme Court litigator Alan Morrison has also joined to represent Brown.

Though he doesn’t know how far reaching the impact of a decision would be, Waide thinks it’s an important one to be decided.

“I personally don’t think there ought to be such a thing as a mandatory life sentence because I believe in the fundamental Christian teaching that everybody is subject to change and is able to reform their lives,” he said. “Anything that diminishes the number of people serving habitual life sentences is good for society and good for the individual.”

As of 2020, there were around 80 people serving life sentences in Mississippi under the “big” habitual offender law for a nonviolent third felony, according to The Clarion Ledger.

SB 2795, which went into law in July, expanded parole eligibility, but specifically excluded habitual offenders, something Gov. Tate Reeves touted in a statement after it passed.

State Sen. Juan Barnett, D-Heidelberg, the author of the bill, has previously said he’s hoping to address issues such as the habitual offender laws in the future. Reeves’ press secretary also has said the governor believes the state should focus on implementing 2014 and 2021 reforms, as well as rebuilding “broken reentry programs,” before additional legislation regarding habitual offenders is considered.

Brown said, if she were out of prison, she’d be with her children and grandchildren and taking care of her aging mother.

“I want another chance at life, you know? I don’t believe I deserve to be thrown away in prison and left in here to die,” she said.

“I missed out on my children’s lives. … They can never give me back what they took from me, never,” she said. “But they could at least let me get out and help raise my grandkids, to be a part of their life. I just pray that something changes.”

This story was produced by the nonprofit  Mississippi Center for Investigative Reporting. Sign up for our newsletter. Email Tyler Wann at  twannnews@gmail.com