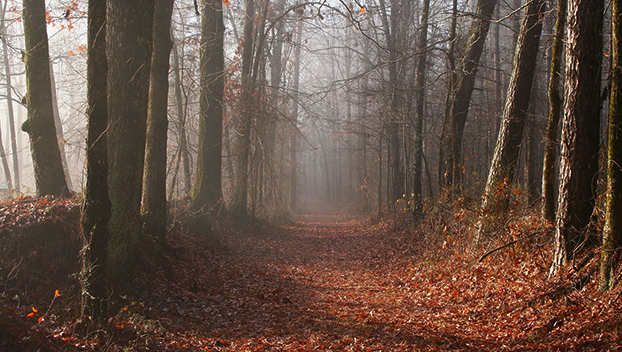 Deep in the heart of the Mississippi woods “a beast of an unknown species, of an extraordinary bulk” was reported by French explorers, 300 years ago.

One native son — and a bigfoot believer — wants to give recognition where recognition is due and is planning to a 300th birthday party bigger than the legend itself.

One could say organizers have been planning this party for two decades.

Brandon “Gator Man” McCranie, a local radio personality said though he has never seen the legendary Bigfoot creature firsthand, he has always been fascinated by the stories he heard from other people he knew who have.

McCranie said approximately 20 years ago he was researching Bigfoot on the internet and stumbled across what many believe to be the first written account of a Bigfoot encounter in North America.

It was a journal entry by French explorer Pierre François-Xavier de Charlevoix, written in Natchez on Dec. 25, 1721.

The explorer wrote that on his first night at the settlement, there had been “a great alarm about nine o’clock in the evening.”

When he asked the reason for it, he was told about “a beast of an unknown species, of an extraordinary bulk, and whose cry did not in the least resemble that of any known animal.”

Whatever it was, no one could say they had seen it but “formed a judgment of its size entirely from its strength: it had already carried off some sheep and calves, and worried some cows.” The explorer tried to convince others that it could have been a wolf, but he could not persuade them. They believed it was “some monstrous beast.”

When it was heard again, everyone “ran out armed with what he could find, but it was to no purpose.”

Everything he wrote lines up perfectly with modern accounts of Bigfoot sightings, right down to the sound it made and the livestock that had been carried off.

“I knew that the 300th anniversary of this was coming up and I wanted Natchez to get recognized for it,” McCranie said.

He and Jimmy “JimBob” Allgood set to work producing a birthday celebration like no other, complete with a 300-cupcake tower shaped like the guest of honor, Bigfoot. Natchez Mayor Dan Gibson will blow out the candle, McCranie said.

“A dream became an idea, an idea became project and now we couldn’t stop it even if we wanted,” he said.

They plan for this event to become an annual celebration that brings people to Natchez from all walks of life.

“There is absolutely a following,” Allgood said. “There is no other legendary folklore creature that has had more than 100 movies made about itself. Different parts of the world call it by different names Bigfoot, sasquatch or Yeti depending on their neck of the woods. There are a number of recorded sightings all over the world and America is full of them.”

Acknowledging the social stigma that comes with admitting you believe in Bigfoot, McCranie said those who come to join the celebration do not have to be believers to have a good time. “If you have a little interest in Bigfoot, you’ll get a lot out of it and be fascinated or entertained,” McCranie said.

A free for all, Bigfoot-themed movie night kicks off the festivities on Friday, Nov. 4, at the bandstand on the Natchez Bluff. The family friendly film “Harry and the Hendersons” will be showing at 7:30 p.m. followed by the adult horror film “The Legend of Boggy Creek” at 9:30 p.m. Participants are encouraged to bring their own chairs and blankets and food and beverage vendors will be on site.

Locust Alley is also hosting “Bigfoot After Dark,” featuring live shows on all three nights, beginning at 6 p.m. each night. First up on Thursday is “Big Smo” and “Afroman” followed by “Them Dirty Roses” on Friday and “The Josephines” on Saturday. Find Locust Alley on social media for ticket information.

On Friday from 6 p.m. to 10 p.m. is a VIP party for sponsors and ticket holders at the Magnolia Bluff’s Casino, featuring food, drinks and music by Ben Lewis. Limited tickets are available for $100 each.

Saturday morning beginning at 7 a.m. are several activities on the Natchez Bluff, including a Bigfoot Backyard BBQ Cookoff. Wednesday is the last day for teams up to 10 people to register for the cook off. Each team registry is $100 total and participants receive all the meets to cook, courtesy of The Markets. They need only bring the materials and the fixings for their signature barbeque dish. The chefs also receive VIP wristbands to attend Friday night’s meet and greet at Magnolia Bluffs.

A “Sasquatch Trot” 5K run begins at 8 a.m. after registration and packet pickup at 7 a.m. Individuals may register for the run for $35 each, which includes an event t-shirt and eligibility for awards at the end of the race. A “little feet one-mile kids’ fun run” also takes place shortly after the Sasquatch Trot at approximately 9:30 a.m. Kids’ registration is $15 each.

Also on Saturday, with the purchase of a $15 ticket, participants can attend a lecture series from three Bigfoot experts: M.K. Davis, known for his analysis of the Paterson Gimlin film; Dr. Jeff Meldrum, whose lab housed well over 300 footprint casts attributed to Bigfoot; and Todd Standing, who was featured on the “Survivor Man” TV show and is the director of the documentary “Discovering Bigfoot.” For more information or for ticket purchases, visit BigfootBirthdayBash.com