10 of the biggest match-fixing scandals of all time 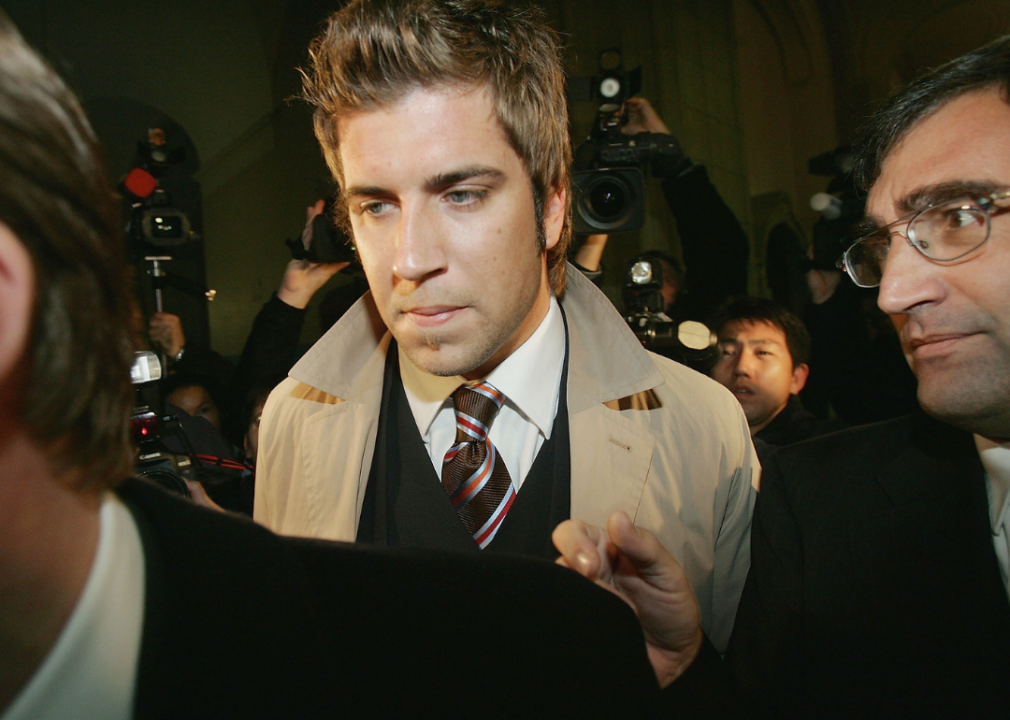 10 of the biggest match-fixing scandals of all time

Sports and gambling have been synonymous since the beginning of time, and big-spending bettors have always looked for an edge to come out ahead. Often, that edge meant bribing players, coaches, referees, or anyone else who could affect the outcome of a game or series.

Match-fixing is when someone directly involved in a sporting contest is able to change the results in order for a certain bet to win. That can involve asking a player to purposefully miss a shot, telling a referee to call more fouls against a certain team, or asking a coach to bench a specific player. Throughout the years, match-fixing has involved criminal gangs, degenerate gamblers, and even the mafia.

And while different measures have been put in place to prevent match-fixing—authorities establishing harsher penalties for those involved, installing commissioners to oversee leagues, and even installing bet-monitoring software—gamblers still seem to find ways to outsmart the watchdogs.

OLBG wanted to dig into the sordid world of match-fixing and used manual research to determine 10 of the biggest match-fixing scandals of all time. These scandals led to penalties for those involved—often including fines, banishment from the sports league, or even jail time—and these scandals usually had a significant impact on the sport as a whole.

Today, with sports gambling legalized in more places than ever, the desire and opportunity to bet on more games might come with unintended consequences like match-fixing. Here are some of the biggest fixes of all time that serve as the ultimate cautionary tales. 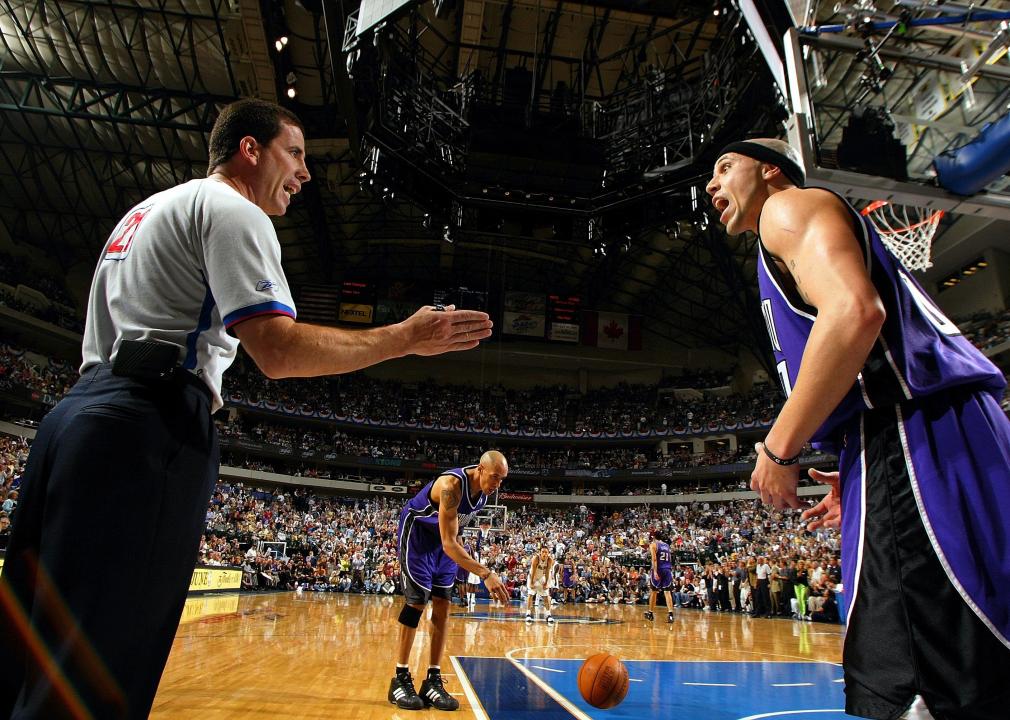 While the NBA attempted to brush it under the rug, the Tim Donaghy betting scandal was a much bigger deal than the league wanted its fans to believe. Donaghy was an NBA referee who started betting on the games he was personally officiating in 2003, and when high-rolling gamblers and bookies caught wind of Donaghy’s bets, they started making big wagers of their own before creating a larger criminal conspiracy in 2006. Millions of dollars changed hands as Donaghy called fouls at critical junctures of games to swing the betting line one way or another. The scandal came crashing down when the mafia in New York got involved, and the FBI was tipped off to the betting scheme. In the end, Donaghy was convicted of conspiracy to commit wire fraud and conspiracy to transmit gambling information. He spent 15 months in federal prison. The NBA and the FBI were never able to prove that a wider conspiracy involved other referees and more game fixing, though suspicions remain. 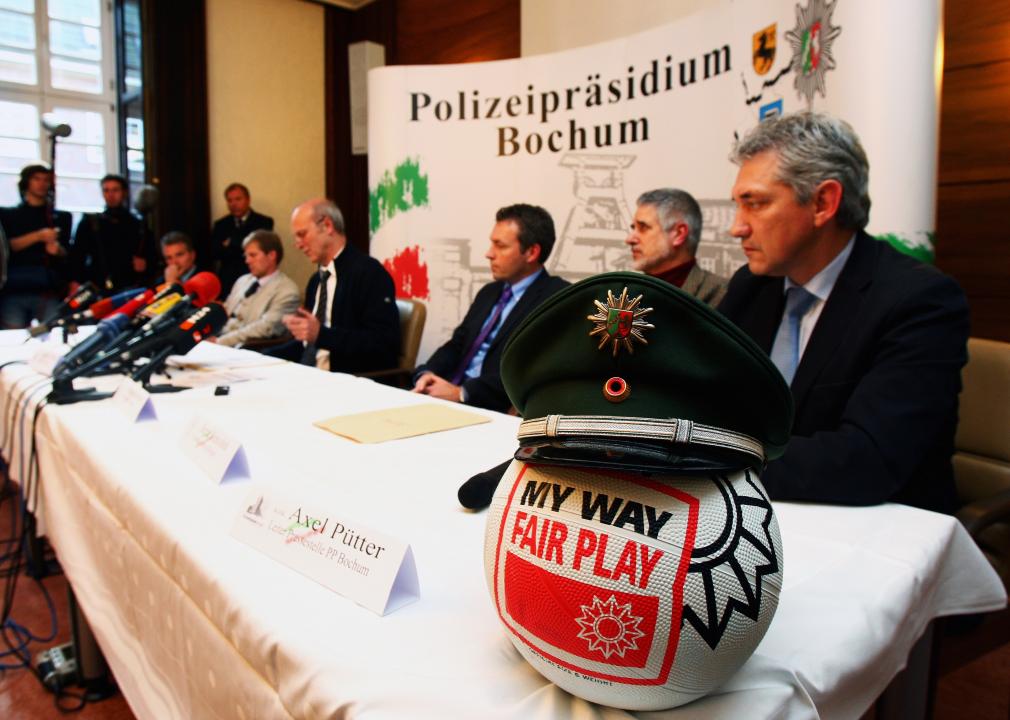 In 2009, in what’s considered the biggest match-fixing scandal in European football history, police forces in multiple countries conducted more than 50 raids and uncovered a betting conspiracy that involved at least 200 people. Matches were fixed in the Champions League and Europa League, along with lower tier leagues by international organized gangs. These included involvement from players, coaches, referees, and match officials. Nearly 40 matches were under suspicion, and the Union of European Football Associations (UEFA) said the harshest of sanctions would be brought to anyone involved. UEFA, the governing body of European football and the umbrella organization for 55 national associations, also vowed to crack down on gambling rings and installed a specialized Betting Fraud Detection System to track and monitor suspicious betting trends going forward. 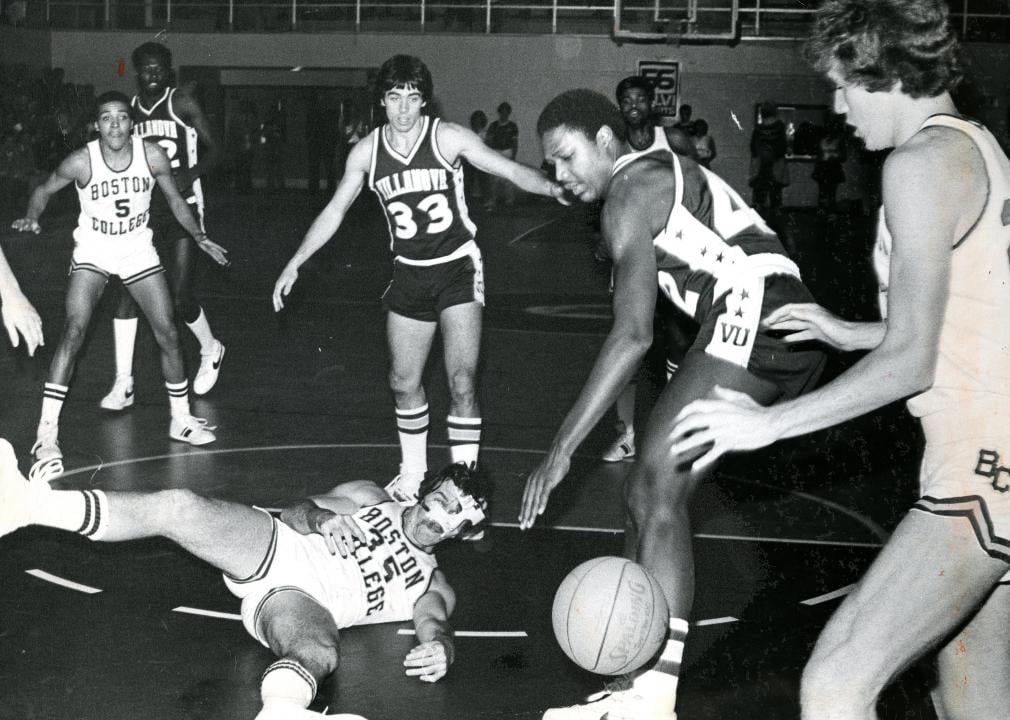 Questions still remain over who was involved, and how much money was actually made in the Boston College point-shaving scandal in the 1978–79 college basketball season, but at the time, the tale made national headlines. The basic story involves three Boston College players and a group of mobsters who hired the players to help fix the games. One of the mobsters was the infamous Henry Hill, the main character in the Martin Scorsese mob thriller “Goodfellas,” who claimed to win hundreds of thousands of dollars off the scheme. Ultimately, only one player was convicted for his role, along with Pittsburgh gamblers Paul Mazzei and brothers Anthony and Rocco Perla, as well as infamous New York mobster Jimmy Burke. Mostly, the players turned out to be unreliable participants in a small number of games for an even smaller amount of money. 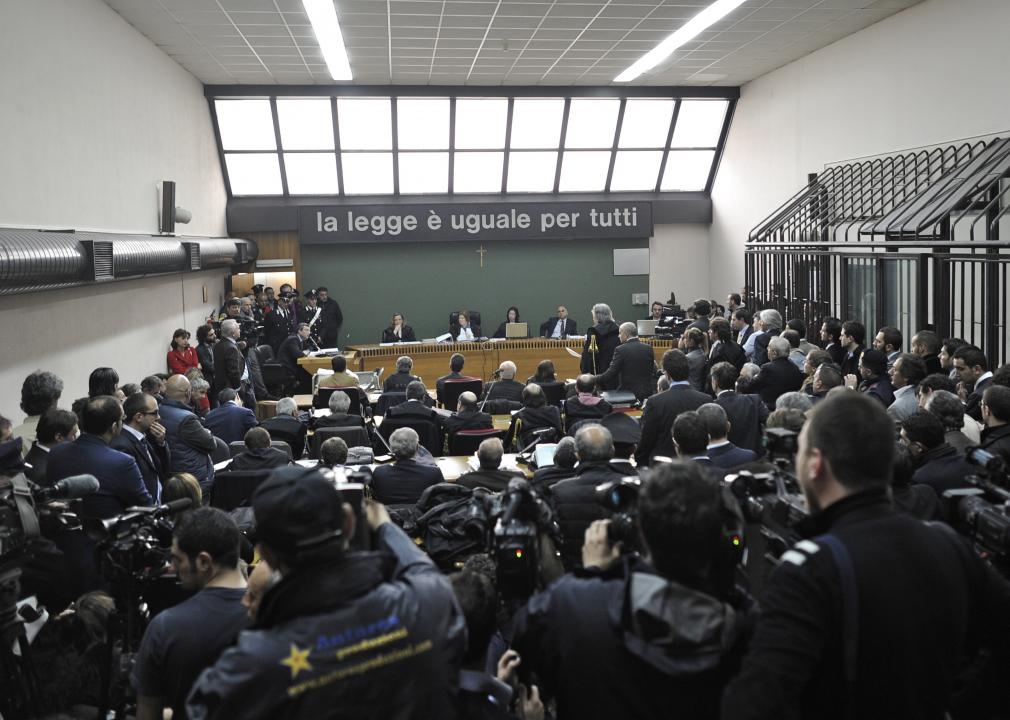 Italian football has a long and storied history, but the Calciopoli scandal tarnished the legacy of multiple teams and officials. In 2006, federal prosecutors were investigating Juventus, one of Italy’s premier football clubs, for doping. While listening in on pertinent phone calls, they discovered a more sordid tale of multiple teams pressuring referees to help fix matches. At the center of the scandal was Juve’s general manager Luciano Moggi, but the fix also brought down Italian Football Federation president Franco Carraro and the ironically named vice-president Innocenzo Mazzini. The clubs—Milan, Fiorentina, Juventus, Lazio, and Reggina—were all punished with some being relegated to lower leagues, others paying large fines, and Juventus being stripped of its 2004–05 title. 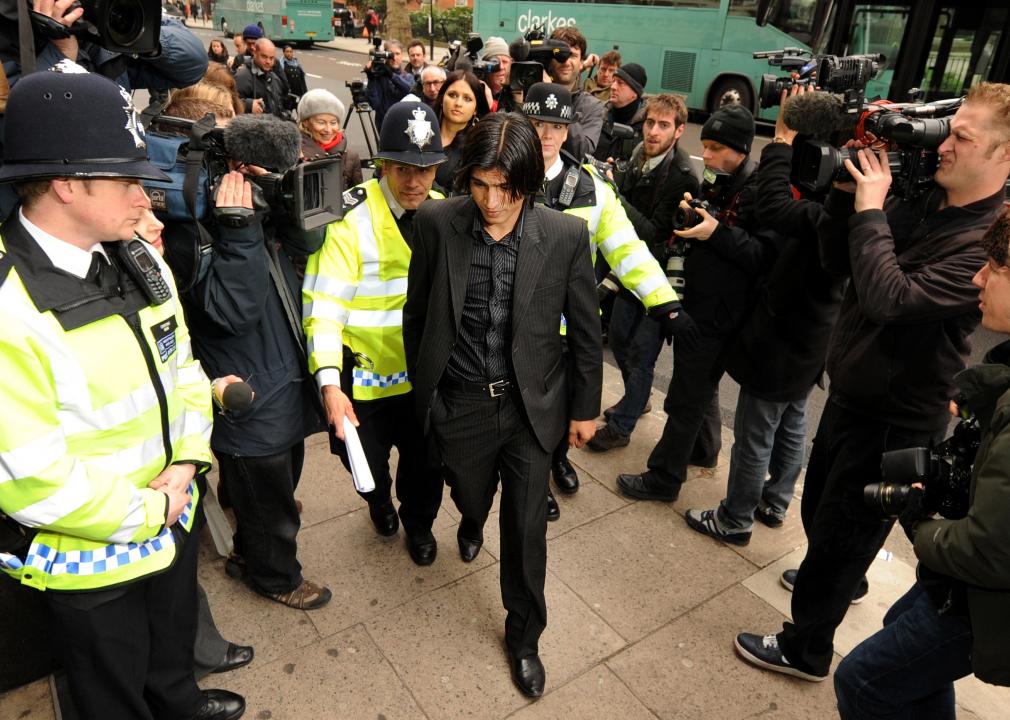 Cricket is undoubtedly the biggest sport in Pakistan, which is why a betting scandal in 2010 rocked the entire country. An undercover journalist, posing as a bookie, successfully managed to bribe three players to help fix a match. Mohammad Amir, Pakistan’s captain Salman Butt, and Mohammad Asif were all found guilty of match-fixing and sentenced to prison in London. Cricket in Pakistan continued to be plagued by match-fixing after the scandal, which may be due to the fact that there are no laws criminalizing the act in the country. 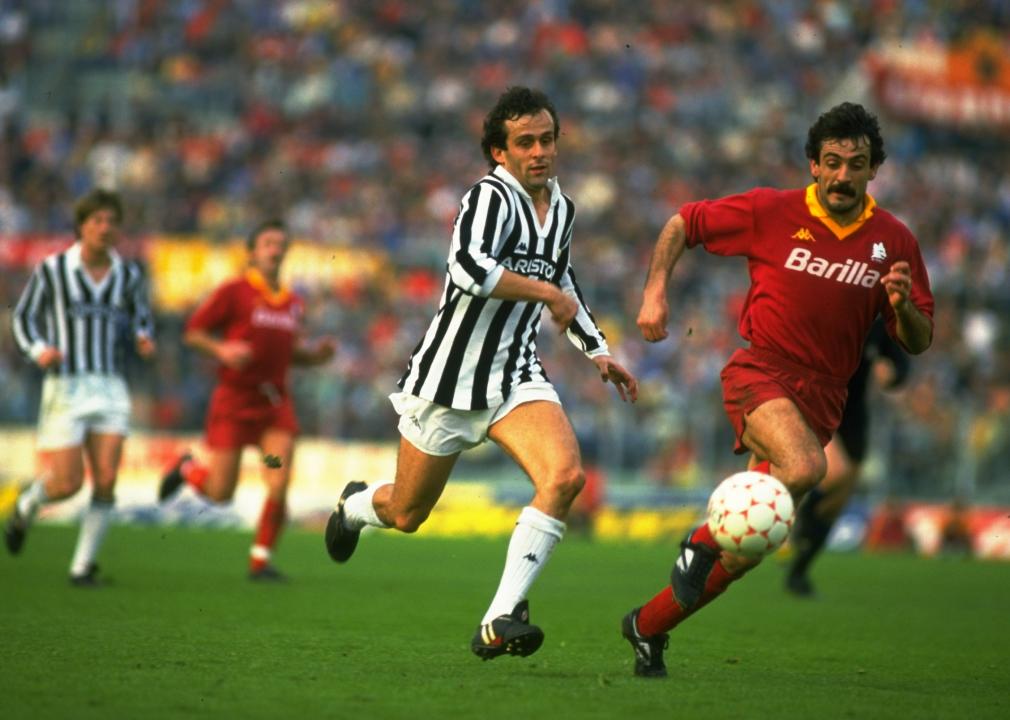 In an odd twist, the Totonero Italian football scandal in 1980 came to light because the man who was paying players to fix games felt he wasn’t getting his money’s worth. Massimo Cruciani actually went to court in Rome to claim that multiple Lazio players took his money, but didn’t fix the matches as promised, sending Cruciani into debt. The scandal then exploded across Italy, as it was revealed that almost two dozen players had been involved in match-fixing with multiple bans and suspensions being handed down by Italy’s football authorities. Milan and Lazio were both relegated to Serie B, while five other clubs lost points in their respective leagues. 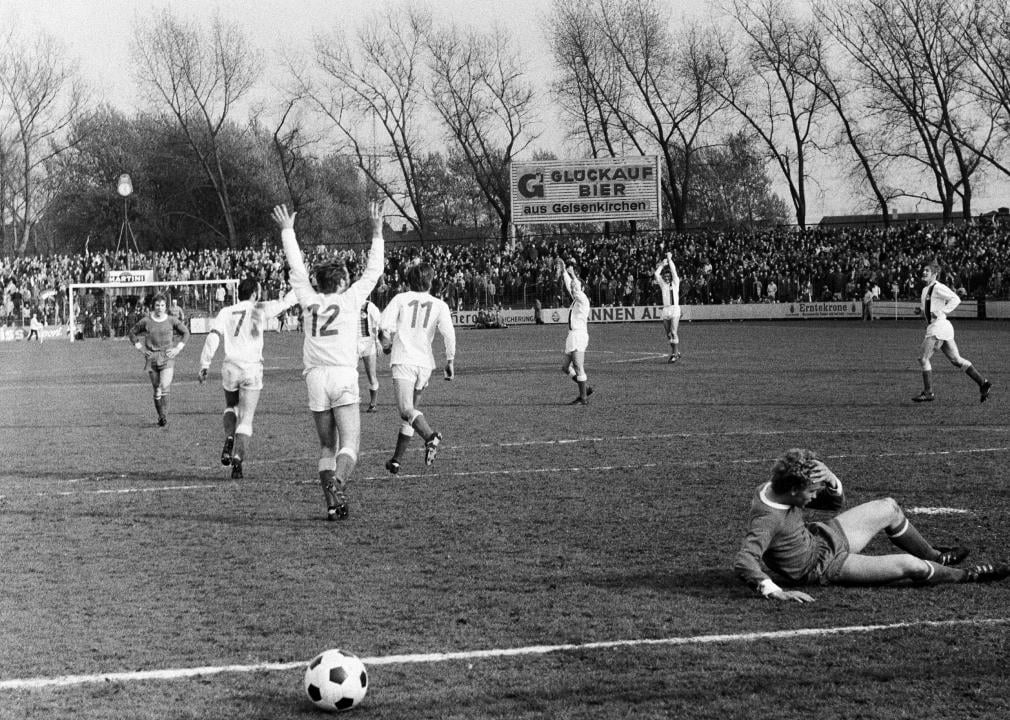 The lifeblood for most football clubs is to remain in the top tier leagues where they can earn the most money and compete for the greatest glory. Relegation, or being sent down into lower tier leagues, can mean financial ruin in many cases, which is why the Bundesliga scandal in 1971 was such a big deal. Two clubs in particular, Kickers Offenbach and Arminia Bielefeld, were able to bribe other players to help them throw games in order for their clubs to remain in the Bundesliga, the top tier German league. The scandal broke when then Offenbach chairman Horst-Gregorio Canellas presented an audio tape that implicated himself in the bribery scandal, but also other players and clubs. The end result saw more than 50 players, managers, and officials receive suspensions and bans. It also saw Offenbach relegated to a lower league in spite of the fixing efforts. 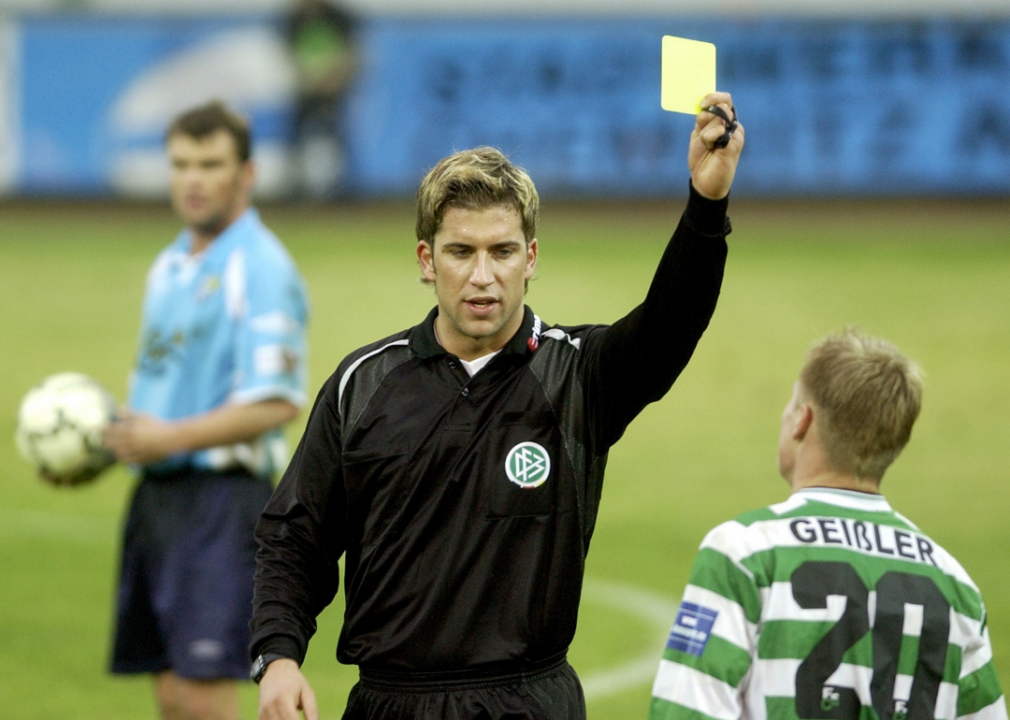 One of the biggest match-fixing scandals in German football history involved a trio of Croatian brothers who ran a gambling syndicate and had ties to organized crime. The brothers managed to bribe referee Robert Hoyzer for around $92,500 to fix certain games that netted the gamblers around $2.75 million. Hoyzer was caught when a group of referees alerted the German Football Association (Deutscher Fußball-Bund, DFB) of their suspicions, which led authorities to surveil the brothers and make their arrests. Ultimately, Hoyzer was banned from football for life; another referee, Dominik Marks, was also banned for life; the three brothers were sent to prison; and other referees and officials were suspended from the game. 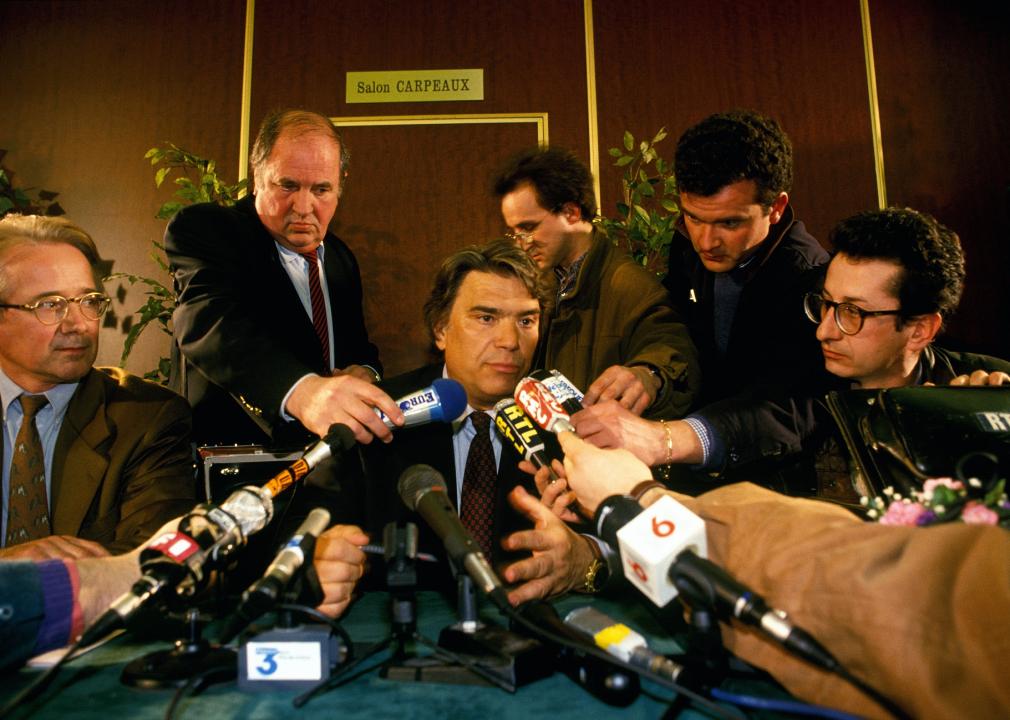 With the 1993 UEFA Champions League Final only six days away, Olympique de Marseille président Bernard Tapie and general manager Jean-Pierre Bernès wanted to ensure their club would perform at their best. The lead up to that final contest was a match between Olympique de Marseille and Valenciennes, whereby Tapie and Bernès contacted players on Valenciennes, asking them to take a bribe to make the match easy on Marseille. Two players accepted the bribe, but a third, Jacques Glassmann, refused and ended up exposing the fix. Marseille wound up winning the fixed game and went on to become the first French team to win the European Cup. The celebrations were short-lived, however, as Marseille was stripped of its title, the team was relegated to a lower league, and multiple players and officials were suspended and went to jail. Glassmann, on the other hand, received the 1995 FIFA Fair Play Award for exposing the scandal. 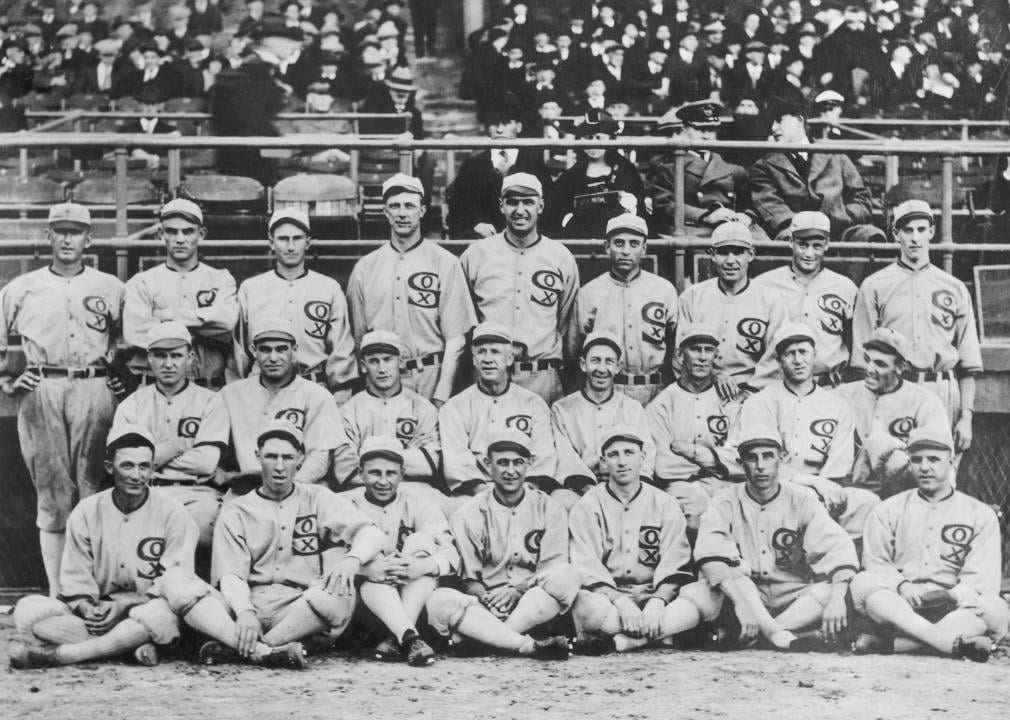 In one of the most notorious fixing scandals of all time, eight members of the Chicago White Sox were accused of throwing the MLB World Series in 1919. Memorialized in the classic movie “Eight Men Out,” eight White Sox players took money from gangsters to lose the series to the Cincinnati Reds. Whether the team actually went through with the scandal has long been up for debate, however. The players seemed to have a change of heart midway through the series when they weren’t receiving payments for throwing the games. They still ended up losing, costing the city of Chicago a championship, and ruining their own reputations. A court of law didn’t find the eight guilty, but the newly appointed commissioner of baseball, Judge Kenesaw Mountain Landis, banned the players for life and helped the team earn the dubious nickname, the “Black Sox.”