Got a 17 on your ACT? This Mississippi university president doesn’t want you at his school 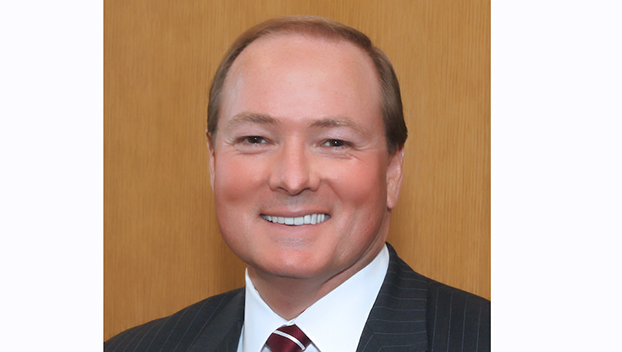 A little-known education board that oversees college financial aid in Mississippi has recently proposed a drastic overhaul of the state’s existing programs.

In lieu of three separate programs, the Post-Secondary Board put forward a single program called the “Mississippi One Grant” that would award financial aid based on a student’s income and ACT score.

Mississippi Today reviewed past conversations that led to this recent proposal, which is designed so that more students will qualify for financial aid, but it has raised concern among advocates for college access. Under the new program, the minimum ACT score that a student will need to qualify for any financial aid will be raised to 18 from the 15 that is currently needed to get the Mississippi Tuition Assistance Grant. For students in a state that only recently cracked an average ACT score of 18, that’s a significant barrier.

To the Post-Secondary Board, it’s simple economics: Raising the ACT score is one strategy to ensure the new program will stay in budget.

And to Mark Keenum, the sole university president on the eight-member board, it is a way to ensure students with “true merit” have the best shot at attending Mississippi State University.

At a Post-Secondary Board meeting recorded over Zoom in December 2020, Keenum articulated his vision for state financial aid during a discussion of how the programs should be rewritten: Too often, Mississippi’s financial aid programs go to poor, lower-performing kids and take money away from students with high ACT scores.

“When you look at MTAG, the dollar amounts that are provided are so small,” Keenum said, “and, you know, a student can get an MTAG grant that has say maybe a 15 or 16 on their ACT, and they can come and bring those dollars to Mississippi State University.

As currently written, Keenum continued, Mississippi’s financial aid programs don’t provide enough aid to students with higher ACT scores. If the state does not start providing more financial aid to “high-achieving” students, he said he feared they will go elsewhere for college.

“I wish we could come up with a way that we could reward true merit across a wider spectrum than we do, all the way up to that 36-ACT student, who everybody in the country wants and who we desperately have got to keep in the state of Mississippi if we can,” he said.

Keenum acknowledged the board needs to help working-class students in Mississippi, but the priority should be placed on retaining the best and the brightest.

“We’re a poor state, and we’ve got the lowest per-capita income in the nation, and we’ve got just poor people, and they need help, and we need to do what we can to support them and give them opportunities in life,” he said. “Thank goodness there are federal aid programs that provide a lot of support.”

Keenum is not alone in his desire to prioritize awarding financial aid to students with high ACT scores over addressing the needs of low-income students. The idea of using financial aid to reward “high-achieving” students has been popular since the 1990s when Georgia introduced the HOPE Scholarship. At an institutional level, public universities across the country have shifted their dollars to place a greater emphasis on awarding students with high ACT scores — the kind of students who are favored by rankings in U.S. News and World Report.

Mississippi Today asked to interview Keenum for this story, but he was not available to comment before press time.

Many policymakers are starting to place a greater emphasis on equity when it comes to financial aid, said Tom Harnisch, the vice president for government relations at the State Higher Education Executive Officers Association. Does it make sense to award financial aid to students whose families can afford to pay for college? And what does “merit” mean in an unequal society?

“The whole concept of merit can be very problematic,” Harnisch told Mississippi Today. “These can be students who go to K-12 schools with the most resources that may have parents who are very well-educated, and who may have had test prep for the ACT or other college entrance exams. The whole notion of calling it ‘merit-based aid’ can be problematic when you think about some of the privileges these students enjoyed.”

Some states are charting a new path forward. Financial aid is increasingly seen as a tool to help states achieve certain workforce goals, said Frank Ballmann, the director of federal relations at the National Association of State Student Grant and Aid Programs.

Merit aid, on the other hand, tends to favor wealthier white students who can already afford to pay for college. Studies have shown that test scores tend to correlate with income. In Louisiana, a recent report found that the state’s merit grant-funded tuition for 11,000 students whose families made more than $1 million a year.

A key argument in favor of merit aid, which Keenum articulated at the December meeting, is that it can keep the best and brightest in the state. There are some studies to support the idea that merit aid can stem brain drain. But it’s unclear if this is the case in Mississippi: A study from MSU research center NSPARC commissioned in 2018 found that the Mississippi Eminent Scholars Grant did not increase in-state enrollment of high-achieving students.

No matter what the studies show, Keenum’s voice is powerful: Out of the eight public universities, MSU receives the largest chunk of state aid. It also has the most students attending on state financial aid. Keenum’s public opinions on financial aid hold a lot of sway — and what he advocates for will negatively affect working-class students, according to data from the Office of Student Financial Aid.

Near the end of the December meeting, Jennifer Rogers, OSFA’s director, asked the board what role a student’s income should play in awarding merit aid. If a student meets the requirements for a merit scholarship, she asked, does the board want to award aid “regardless of your ability to pay, regardless of your financial situation?”

“Yeah, I don’t think we want to get into means-testing,” Keenum answered. “Unless we want, to just, to our higher achieving students, just say, well, good luck in Tennessee or Arkansas or wherever you go to school.”

“If our state is not willing to step up like many of our surrounding states are doing, and others, then we’re gonna be really losing ground from a merit standpoint,” he continued. “I support need—no question. But we’ve also got to support achievement and recognize that and make those investments. … We don’t have the resources to make up for what would be taken away if we eliminated merit-based, we don’t just have the resources.”

“But if we looked at well, you’re from a family whose annual income is at this level and because you’re so well-off, we can’t match the out of state opportunities that these students have,” Keenum said, shaking his head. “I can tell you, and I don’t think our friends and leaders in the Legislature want to hear from parents about that either. So, I don’t think that’s when you get into means-testing, is something I’d like to see us go down that path.”

Rogers replied that if the board wants to expand merit aid to more ACT scores, it will be looking at “a lot more money” than is currently allocated. “I’m just trying to figure out … what that looks like from a cost-perspective, if there’s any parameters on that,” she said. “And I’m hearing that you’re saying, you wouldn’t say so.”

Jim Turcotte, the Post-Secondary Board chairman, cut in.

“I don’t think this whole conversation is going like it needs to go,” he said, “so let me try to restate it here: Merit is merit. To quote Sharon Ross (another Post-Secondary Board member), ‘life is not fair.’”