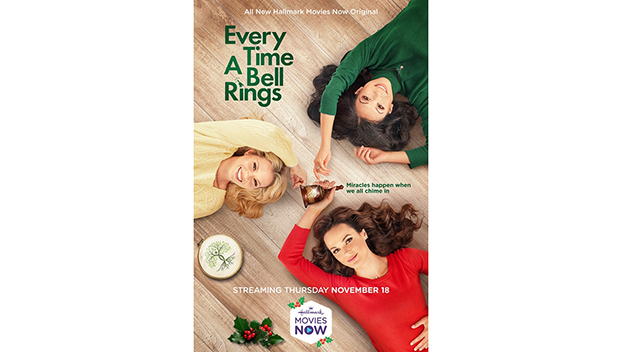 Three sisters reunite in their hometown of Natchez and discover their late father planned one last scavenger hunt for them to find the family’s wishing bell – an annual holiday tradition. As they search for clues their bond is rekindled and they find hope and healing.

The movie stars Erin Cahill, Brittany Ishibashi, Ali Liebert, Wes Brown and Dee Wallace and is filled with scene familiar to those who have visited Natchez.

In the plot, three sisters Charlotte, Emily and Nora unite in their hometown of Natchez for the holidays after a long time apart to discover that their late father planned a scavenger hunt for them to find their family’s wooden wishing bell, which part of a beloved holiday tradition in their childhood.

As the hunt goes on, their sisterly bond is rekindled.

The show’s producer, Daniel Lewis of Evergreen Films, said he plans to make other movies in Natchez.

Lewis said he plans to start working on another Christmas film in Natchez in December called “Christmas in the Quarter.”

Click the link below for the movie trailer of “Every Time a Bell Rings” and photos with recognizable scenes from Natchez.