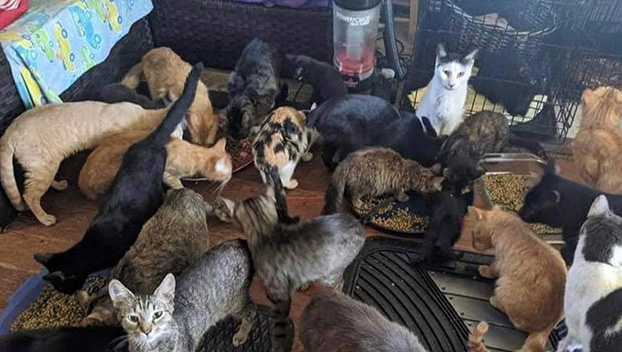 An animal rescue group says a person abandoned 41 cats after moving out of a home on the Mississippi Gulf Coast.

WLOX-TV reports that the group, For Pet’s Sake, moved the cats out of the home in Moss Point to a safe space in Long Beach. The person who lived in the home had moved away to North Carolina.

Vanessa Cruz is with the rescue group. She says For Pet’s Sake has taken other cats out of hoarding situations this year.

Now, the group is asking for donations of cat food, flea treatment, towels, cat beds and cat toys. Some businesses in Long Beach are accepting items, and some Cub Scout troops are collecting donations.

“The dream is just to be able to help as many cats along the Gulf Coast as possible,” Cruz said. “We didn’t really have the space or the ability, but we’re making it work. And, because of our community and the Scouts reaching out and us partnering with everybody, we are able to make this work.”