Judge offers gift for parents tired of elf tyranny, bans “Elf on the Shelf” from his county 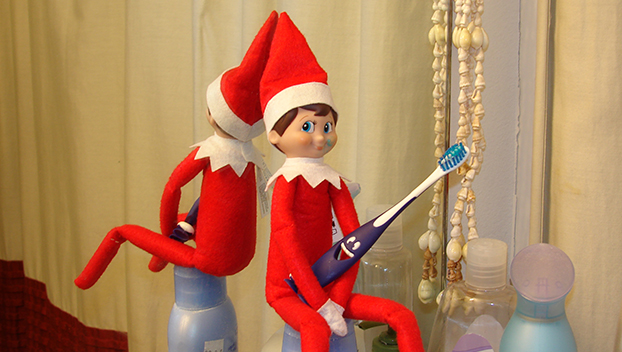 In a moment of levity, a Georgia judge decided to take on a new Christmas tradition that he says causes emotional distress for him and many other parents in his jurisdiction.

Judge Rob Leonard in Cobb County Superior Court banished “Elf on the Shelf” from his county which includes parts of Metro Atlanta.

“Tired of living in Elf on the Shelf tyranny? Not looking forward to the Elf forgetting to move and causing your kids emotional distress? I am a public servant and will take the heat for you. My gift to tired parents.,” Leonard tweeted on social media, which also included an unstamped order by the judge.

Tired of living in Elf on the Shelf tyranny? Not looking forward to the Elf forgetting to move and causing your kids emotional distress? I am a public servant and will take the heat for you. My gift to tired parents.

P.S. – If you love your elf, keep your elf. No contempts. pic.twitter.com/JcqAOljbAS

Leonard posted that his order was an early gift for those parents who were left tired and stressed out by the tradition that was started by a book called “Elf on the Shelf” and suggests that magical elves for Santa report back to the North Pole every night. With some parents’ help, these elves find new hiding spots every night after reporting to Santa and returning to the house. Children are told never to touch the elves, lest they lose their magic.

Some people on social media did not see the humor in Leonard’s posting saying the judge has plenty of other things to worry about than the Elf on the Shelf.

“Really, this is what our government has come to? @JudgeLeonard, do you really not have any more pressing matters to bide your time? If not, we can find a judge that will seek justice in bigger issues such as robbery, drugs, battery, etc.,” one person tweeted.

Others called for some to not take life so seriously and appreciate the judge’s humor.

“Calm down everyone…this is humor based on his own life experience. I’m sure some folks want to ban Christmas decor before Halloween and Christmas lights left on the house till June,” one person tweeted.

The company that makes “Elf on the Shelf” coincidentally is headquartered in Cobb County.

Leonard later clarified with a tweet that he does, “love the elf and our local company that has so generously supported so many local charities and done amazing things in our community.”

Mississippi coronavirus cases stable, but ‘sadly COVID is not…