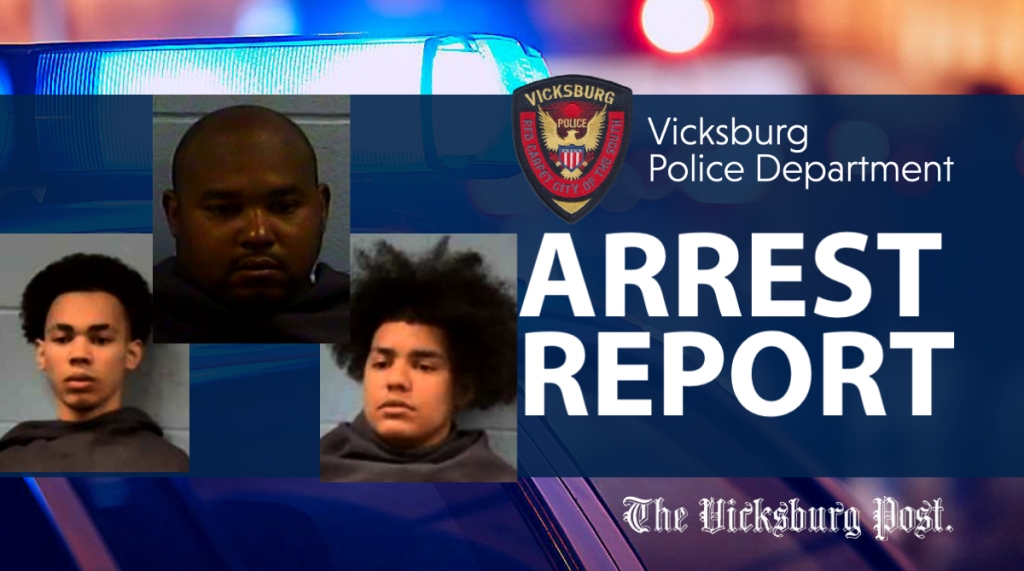 A man and his two sons face multiple charges after their arrest involving a drive-by shooting early Sunday morning on Athens Street near Alcorn Drive.

Hill said the shooting occurred about 12:26 a.m. in the 100 block of Athens Avenue near its intersection with Alcorn Drive in the Rolling Acres housing development.