Panama, Pandora, and Pentagon Papers: 10 of the most groundbreaking leaks in history 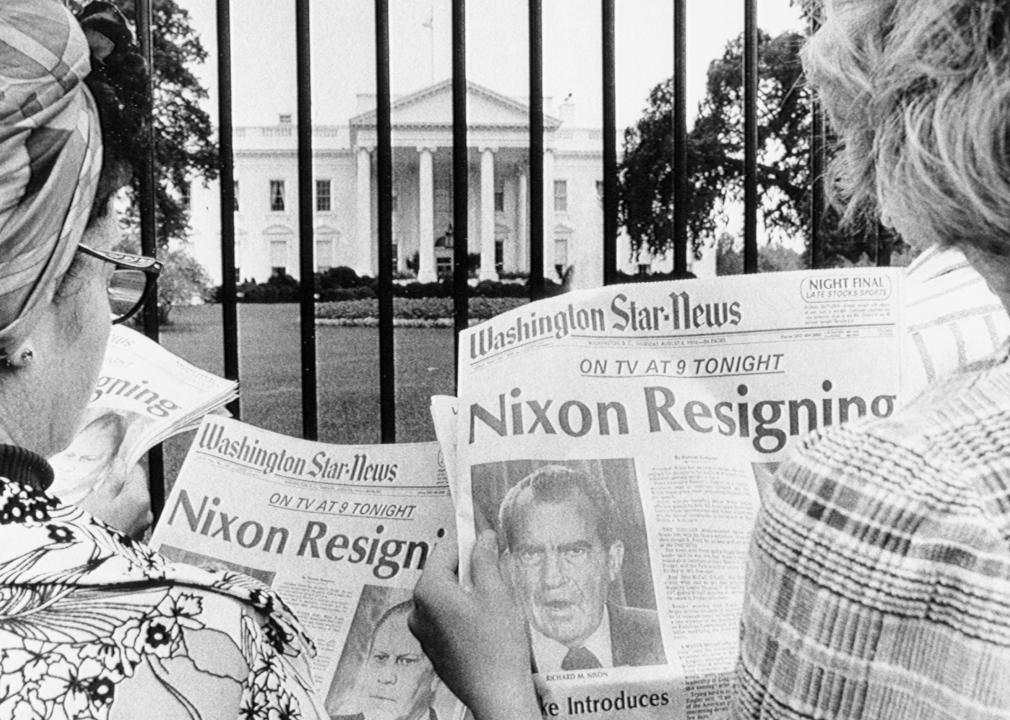 Panama, Pandora, and Pentagon Papers: 10 of the most groundbreaking leaks in history

The biggest secrets aren’t revealed in a traditional way. Leaking information can be dangerous—even fatal—but many people throughout history have risked their safety in the name of the truth. In some cases, whistleblowers remain maligned for their work even long after their deaths. But time has changed the way we see many of the leaks from years ago.

Stacker chose the top 10 most groundbreaking leaks in history, containing the largest scale of information and the most impactful aftermaths. Their stories are as dramatic and riveting as any spy novel, but anything but fictional. Some of the following leaks uncovered massive amounts of data and some released very little, but shaped wars and the way we view our governments. Whatever secrets they brought to light, these leaks changed history forever.

Ordered chronologically, the leaks take you through how leaking information has changed over almost 200 years, from strictly newspapers to complicated and encrypted computer data. The future of leaking information is bound to be groundbreaking, especially after looking back at what has occurred already.

You may also like: Defining historical moments from the year you were born 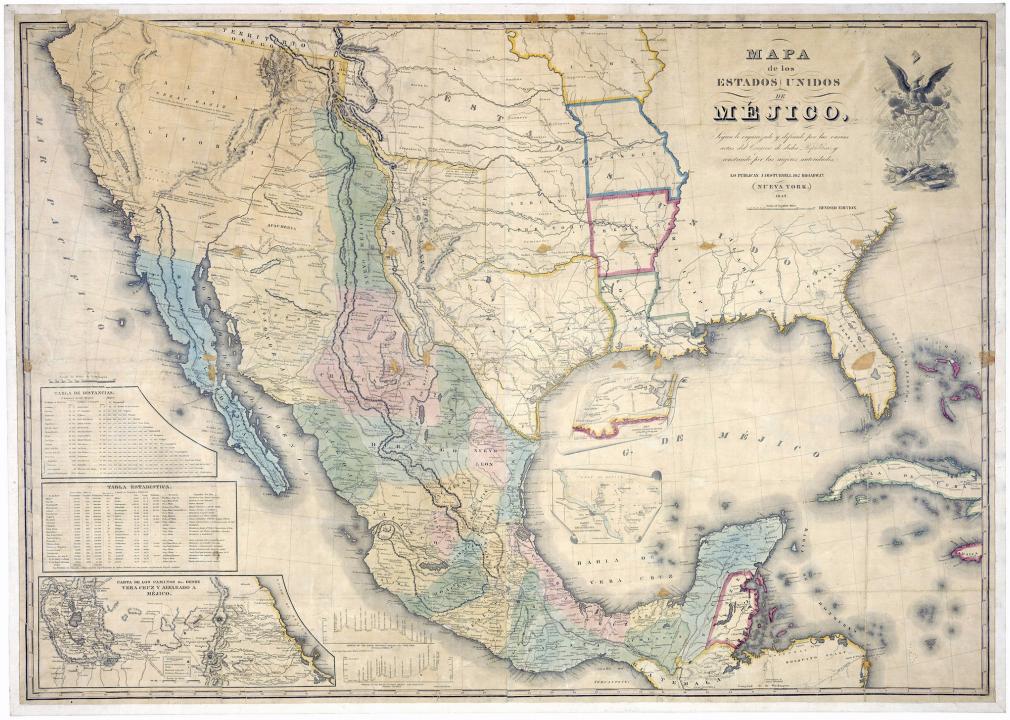 At the end of the Mexican-American War, the document that would end the war was leaked to journalist John Nugent before it was signed. He published the treaty in the New York Herald in its entirety, revealing the negotiations for peace before they were settled or agreed upon. Mexico would secede over half of its territory in the treaty, establishing most of America’s southern border as we know it today. The United States Senate tried to get Nugent’s source from him through gruelling interrogations and a month-long house arrest. He never did reveal his source, even though investigations long after the leak point towards James Buchannan, who was secretary of state at the time and would become president a decade later. This leak demonstrated the hidden workings between media and politicians very early in our nation’s history. 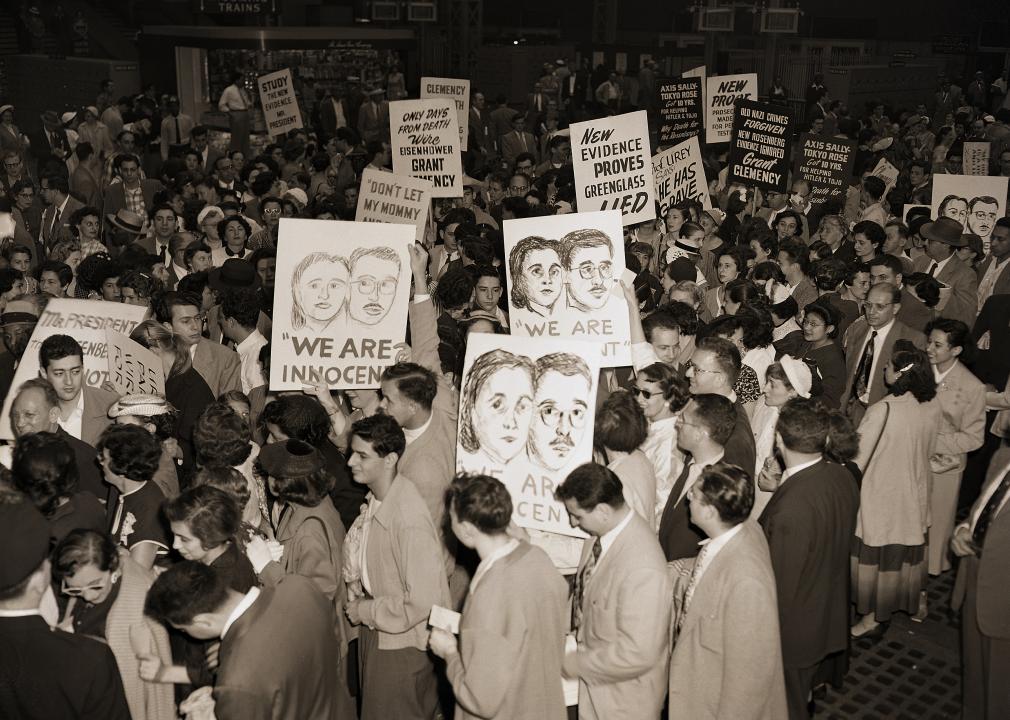 Spies recruited by the Soviet Union knew about the United States’ atomic bomb plans before our own FBI in 1941. Americans and Brits fed information and diagrams of bombs to Russia all through World War II, some in service to communism and some to prevent one country from having a monopoly on nuclear weapon technology. While this information leak was not public until the Soviet codes were cracked after the war and the cases were declassified in the 1990s, this leak made the Cold War arms race between the Soviet Union and the United States an almost equal race. These leaks led to the execution of two Americans, Ethel and Julius Rosenberg, despite the fact that they denied their involvement until their death. To this day, we don’t know how much information was leaked to the Soviets during World War II, or all of the spies involved, making it a mysterious leak in history. 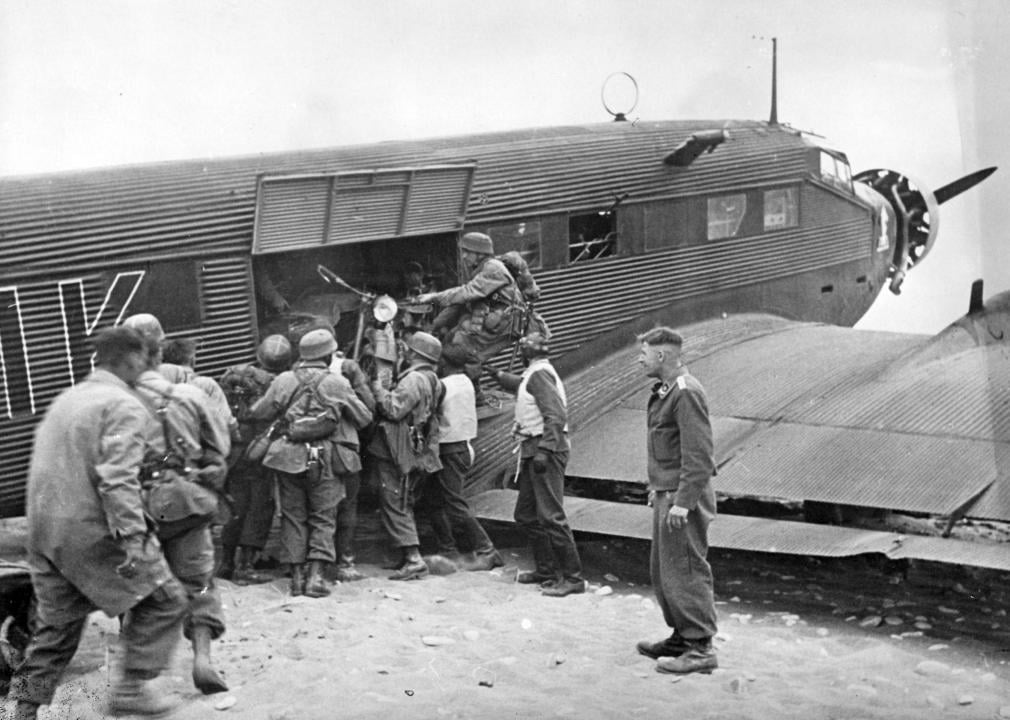 This leak from the Allied Forces during World War II proved that not all leaks were necessarily the truth. Operation Mincemeat was a planned “leak” consisting of fake “top secret” information planted on a dead body that washed up on a beach on the coast of Spain. The purpose of this trickery was to fool the Nazis into thinking that the Allies were going to invade Greece and Sardina instead of Italy. British intelligence officers invented an entire fictional life for the corpse they planted on the beach, with fake correspondence and even photographs of a fake fiancee. The plan fooled both Spanish authorities, who seized the body, and German leaders in 1943, who sent all of their troops to Greece just as the Allies invaded Sicily. As Axis powers were losing the battle of Sicily, Italian dictator Mussolini was dismissed as prime minister and imprisoned. While historians disagree with the level of impact that Operation Mincemeat had on the defeat of the Axis powers, it remains one of the most interesting leaks in history. 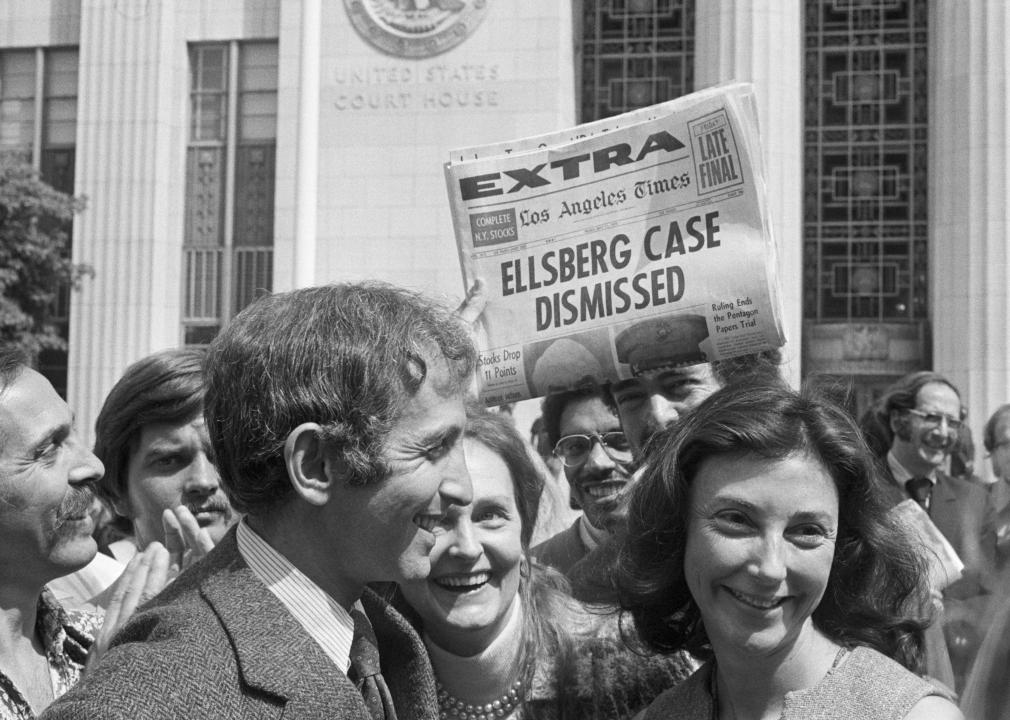 The Vietnam War shaped how we viewed our government unlike any war before it. However, there was much the country didn’t know about the war until 1971. Daniel Ellsberg leaked confidential government records in the Report of the Office of the Secretary of Defense Vietnam Task Force, popularly referred to as the Pentagon Papers. In them, details of unreported expansions of America’s involvement in the Vietnam War uncovered that multiple presidential administrations had lied to the public regarding the war. The New York Times, The Washington Post, and Ellsberg faced criminal charges in court for their efforts to get the papers into public knowledge, but the Supreme Court eventually allowed for further publication of the papers. This leak bred major distrust in the United States government, which would only grow with the next major leak. 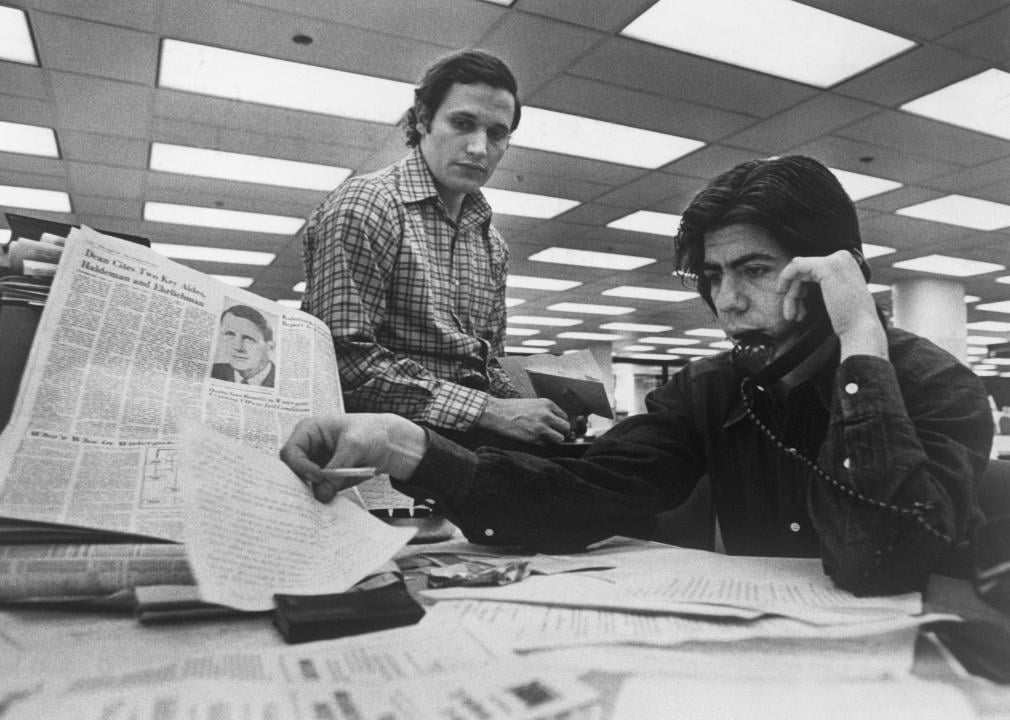 Watergate and the Nixon Tapes

Initially, President Nixon and his conspirators hid their involvement in the 1972 burglary attempt upon the Democratic National Committee headquarters in the Watergate complex. As the 1972 presidential election approached, an anonymous source named “Deep Throat” fed Washington Post reporters Carl Bernstein and Bob Woodward leaked info that “the Watergate bugging incident stemmed from a massive campaign of political spying and sabotage conducted on behalf of President Nixon’s re-election and directed by officials of the White House.” Despite this, Nixon was reelected, but he did not avoid investigation. The court hearings investigating the abuses of the presidential campaign captured America’s attention every day for weeks in 1973. Only after the Supreme Court ordered him to present the tapes did Nixon have no other choice but to resign and admit guilt. The leak, subsequent court hearings, and media revelations revealed corruption beyond most of America’s imagination at the time, and changed the way we viewed government leaders forever. 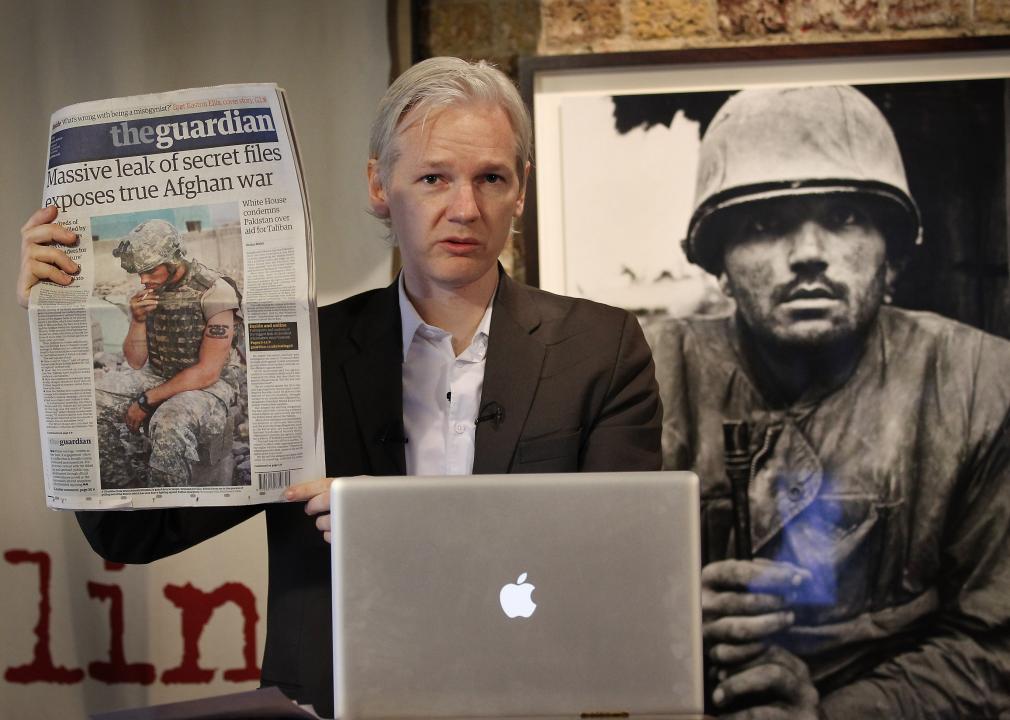 In 2010, documents leaked on WikiLeaks uncovered shocking details about the Iraq War. Australian Julian Assange created the website WikiLeaks in 2006 with the goal of “analysis and publication of large datasets of censored or otherwise restricted official materials involving war, spying and corruption.” Some 400,000 U.S. military documents were unleashed to the public, and with them came details of Iraqi civilian deaths, abuse of war prisoners, and Iran’s involvement in the war. It became the largest U.S. military leak at the time. Unlike many of the other leaks before this, the information was not analyzed or assembled before being released to the public, which journalists considered irresponsible. The Iraq War Logs, as they are known, detailed ugly aspects of a war that the government wanted to prove was worth the effort. 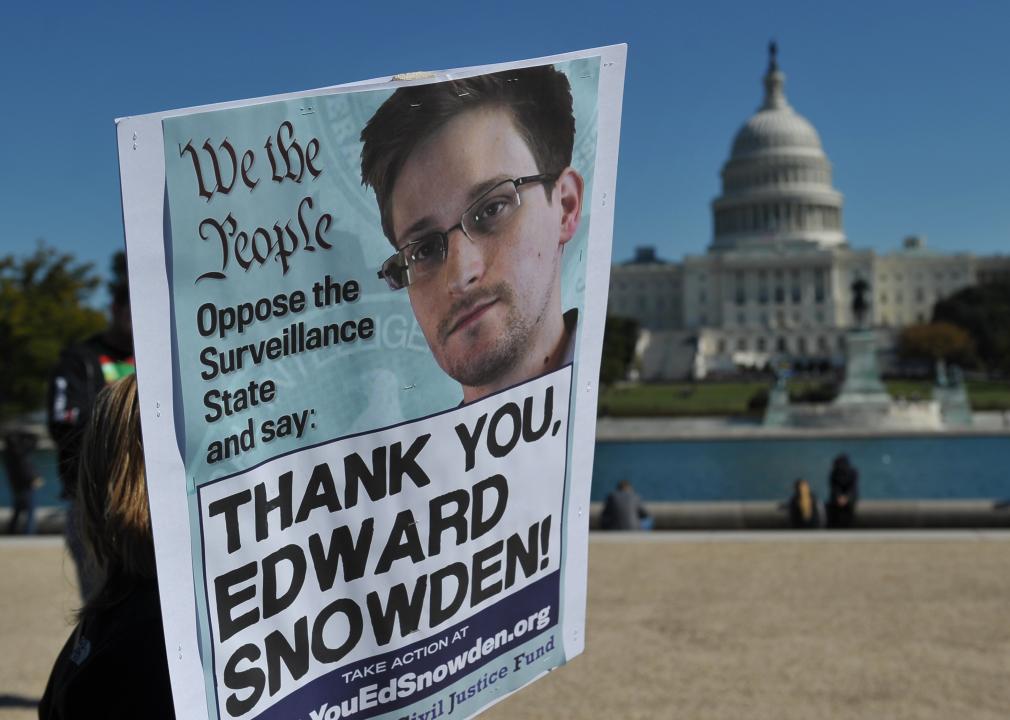 Edward Snowden and the NSA

Edward Snowden was forced to flee the country when he leaked government information to The Guardian in 2013. As a former contractor for the CIA, Snowden had access to U.S. surveillance documents, which he stole before fleeing to Hong Kong to leak portions of thousands of documents to journalists. The documents detailed the National Security Agency’s collection of personal data, including phone records, social media data, and emails belonging to U.S. and non-U.S. citizens. Snowden’s leak left him stranded in a Russian airport for a month while seeking asylum in Russia. It wasn’t until September 2020 that U.S. courts condemned the intelligence programs Snowden uncovered for being illegal and unconstitutional. This leak was a revelation into government security practices post-9/11, most of which the U.S. citizens were unaware of and furious about. 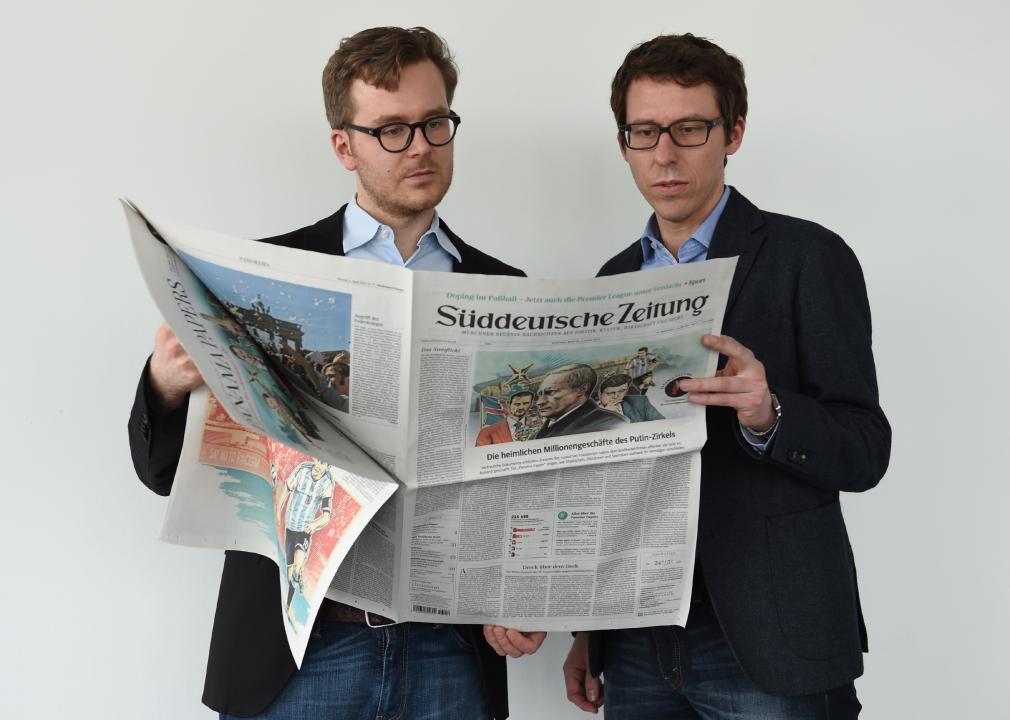 The International Consortium of Investigative Journalists and German newspaper Süddeutsche Zeitung (SZ) released 11.5 million documents detailing offshore tax havens. The papers were anonymously shared with SZ anonymously from Panama, but the newspaper needed to spend a year deciphering encrypted files before they could release them to the public. In April of 2016, SZ published the findings, which showed the private financial information of celebrities, politicians, and business leaders from around the world. Most of the actions detailed in the documents were not technically illegal, but two arrests were made for wire and tax fraud, tax evasion, and forming a criminal organization. The largest arrest happened to Juergen Mossack and Ramón Fonseca, who were investigated by the Cologne and Panama governments. Thanks to the leak, they had to close their business in 2018. 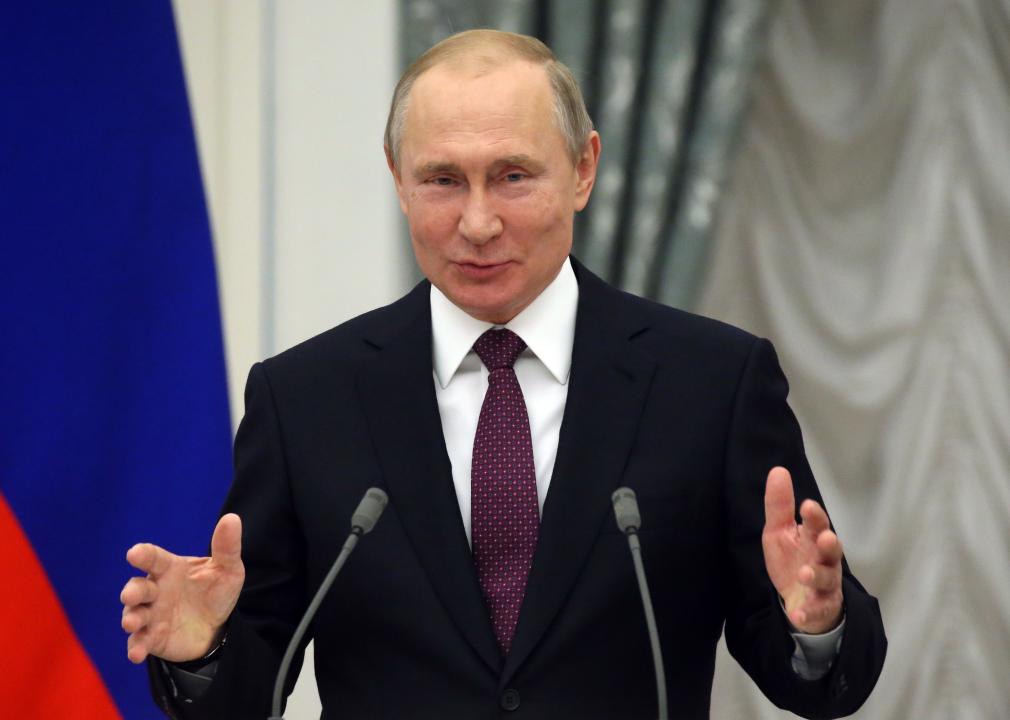 The Dark Side of the Kremlin

In 2019, “hacktivists” infiltrated some of Russia’s most powerful figures and distributed over 170 gigabytes of data on a website called Distributed Denial of Secrets. Emails and documents published on the site confirmed what many people suspected of how the Russian government seeks to control its citizens. Journalist Roman Dobrokhotov claims they found “how the government controls media in Russia, how they spread their messages through members of parliament and loyal TV channels or newspapers.” Considering the danger that journalists have been in when going against the Russian government, this leak was a risk to take. The sheer amount of data and the rarity of information on the inner workings of Russia’s secretive government makes this leak memorable in history. In October of 2021, the International Consortium of Investigative Journalists published the first leaks of what would total almost 12 million documents. The dealings of the world’s wealthiest individuals and political leaders were uncovered to reveal the secret offshore accounts used to evade taxes. The ICIJ considers their investigation to be “the most expansive leak of tax haven files in history.” To uncover the massive amount of information, they worked with more than 600 journalists in 117 countries, making public the ways in which politics, business, and real estate are impacted by corruption. This leak changed the course of a Czech Republic election and sparked calls for governments to crack down on money laundering, tax evasion, and other corrupted ways of hiding wealth.

You may also like: A timeline of WWII, the most devastating conflict in history