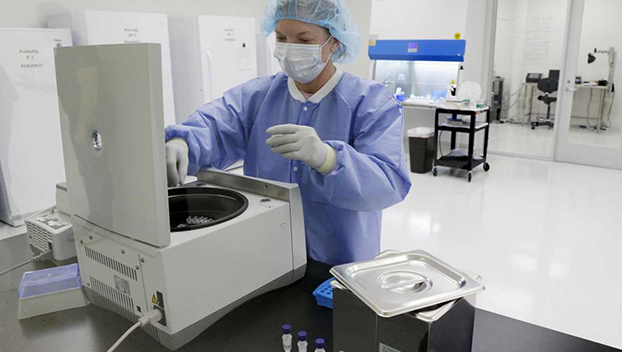 In the summer of 2020, a utility maintenance worker discovered the fully dressed skeletal remains of a man in a wooded area behind Holmes Avenue.

Investigators tried conventional approaches to determine the identity of the skeletal remains, including using a common type of DNA testing called Short Tandem Repeat, but were unsuccessful. With leads exhausted, some of the bones were shared with Othram, a private Texas forensics lab which offered to help the Mississippi Forensics Laboratory solve cases involving unidentified persons.

Othram used the recovered bones to build a DNA profile to identify the remains and potential family members. During the research, a member of Anderson Bolls’ provided DNA that the lab tested. In September, the state crime lab confirmed the remains as Bolls.

“It’s been very exciting to generate even the smallest lead to steer investigators in the right direction toward working a case,” said Othram CEO David Mittelman.

Jackson police shared information about Bolls last summer when he went missing from 325 Derrick St. He was last seen April 1, 2020 and was 55 at the time of his disappearance, according to his profile on the National Missing and Unidentified Persons System.

Now that he has been identified, Bolls’ family members are making funeral arrangements at Willis and Sons Funeral Home.

Othram works with law enforcement agencies in multiple states, including Mississippi. Since 2019, the lab has identified four people from remains shared by the Mississippi crime lab.

Each case costs about $5,000 and covers DNA analysis, supplies and research tools. Mittelman said members of the public can donate to fund individual cases.

The State Medical Examiner’s Office has more than 50 unidentified cases, some of which are decades old. Mandy Davis, a spokesperson for the Department of Public Safety, said attempts were made to identify people in the cases, but traditional identification methods were unsuccessful.

In 2019, the Mississippi Forensics Laboratory sent several cases to Othram after the company reached out to say it could help identify remains.

“We have other cases currently undergoing analysis with Othram, and we hope to identify those remains to provide resolution to the families of those individuals,” Davis said in a statement.

Investigators believe Birdlong was likely a victim of the deceased serial killer Samuel Little, who confessed to murders across the Southeast.

HOW DOES OTHRAM DO IT?

The lab uses DNA sequencing with hundreds of thousands of markers. As a result, the lab is able to recover and analyze DNA in low quantities, and from contaminated or degraded samples.

Othram’s lab also helps investigators digitize their evidence, which he compared to working with old records or cassette tapes to recover an MP3 file.

“Othram is like the forensic MP3 producer,” he said.

GETTING THE PUBLIC INVOLVED

Othram gives people an opportunity to help solve cases through DNASolves, a DNA database its lab uses, and a website to share information about cases it is working on.

The goal of sharing case information is to bring tips and new leads to investigators, Mittelman said.

“These cases are older. You get the word out and someone knows something,” he said. “We view DNA Solves as a megaphone to keep these stories alive.”

Through DNASolves, people can contribute their own genetic material through services like AncestryDNA or 23andMe. Mittelman said the more information Othram has, the greater ability the lab has to positively identify remains and determine who they are related to.

DNASolves asks for donations from the public to support cases Othram is working on. Each case costs about $5,000, he said.

“This is a wonderful example of combining hard-working investigators,” he said. “You sprinkle in technology, and you have goodwill and philanthropic support. When you mix all of those together, you have cases being solved.”