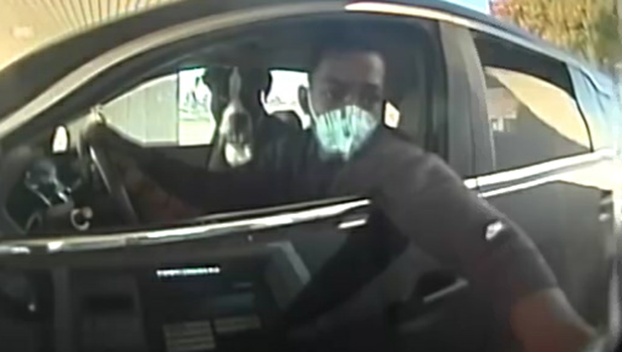 Mississippi law enforcement is looking for a man who reportedly stole debit cards after gaining access to an apartment posing as a pest exterminator.

Crime Stoppers of North East Mississippi and the Tupelo Police Department are asking the public’s help in locating the person responsible for theft and credit card fraud,

On Nov. 7, Tupelo Police Department reported that a property owner stated that an individual identifying himself as a pesticide exterminator appeared unannounced at their apartment on West Main Street.

The individual was reportedly allowed inside the apartment and later the property owner found that her wallet was missing from her purse.

The victim’s debit cards were then used to make ATM withdrawals at a local bank.

The suspect was driving a small 4 door black Acura SUV. Anyone with information is asked to call Crime Stoppers at 1-800-773-TIPS (8477). Or download the P3 Tip App and leave an anonymous tip that way.