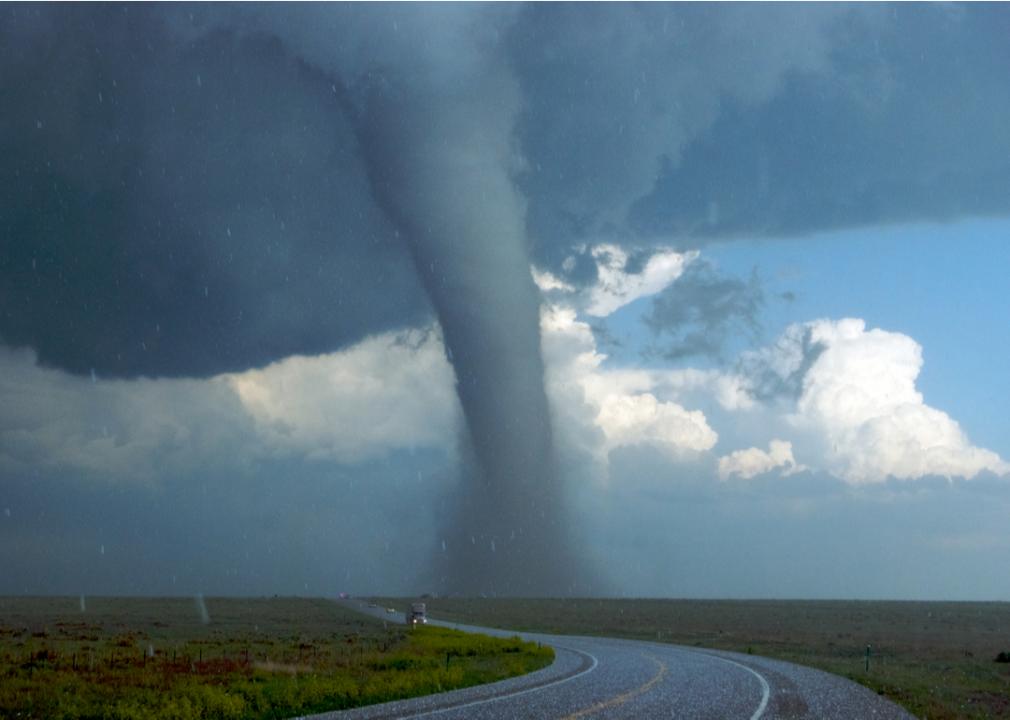 An uptick in extreme weather events has been felt worldwide as of late. Historic flooding, excessive heat waves, drought, forest fires, and an overly active 2021 hurricane season, among many more increasingly prevalent and intense natural disasters, have left much of the world unable to hide from Mother Nature’s wrath in one way or another.

Climate change has been proven as the leading cause behind these escalating catastrophes, and we can anticipate more to come in the years ahead, so long as fossil fuels are allowed to continue ravaging the planet unchecked.

In the meantime, perhaps we can turn to the magic of the movies to get a little taste of the unpredictable future we have in store for us. From powerful tornadoes to apocalyptic flooding and freezing, rogue planets, supernatural fog, and a rainstorm of amphibians, films have been postulating scenarios of drastic, dystopic weather events for years. But will they now come to fruition?

Stacker researched the history of extreme weather on screen and put together a diverse list of 20 films. To be included, extreme weather had to be a major element of the film, and the film had to have at least a 6.0 on IMDb or a 65 on Metacritic. Counting down from 20, here are the best extreme-weather movies.

You may also like: Oscar Best Picture winners from worst to first 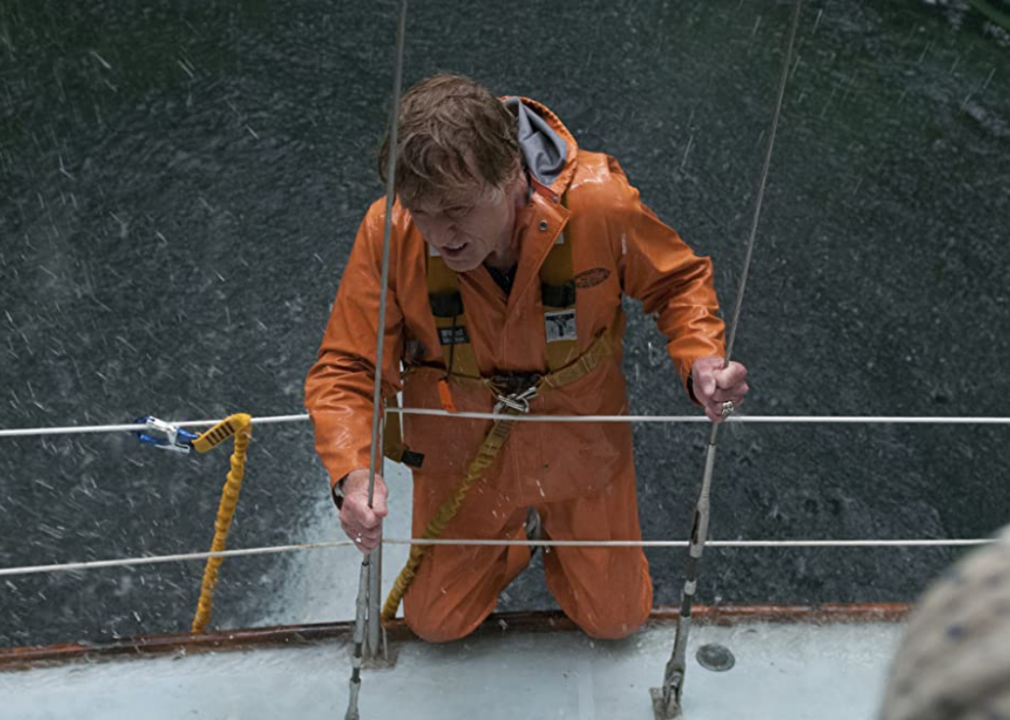 After a collision with another ship, a veteran mariner finds himself stranded out at sea in a vessel that’s quickly sinking. With all ties to the mainland severed, the mariner (played by Robert Redford) must face a fierce storm and use any and all survival instincts to weather unforgiving nature and find his way back to a shipping lane. Redford is the film’s sole cast member and the film has minimal dialogue—the primary lines are spoken only in the voiceover at the beginning, 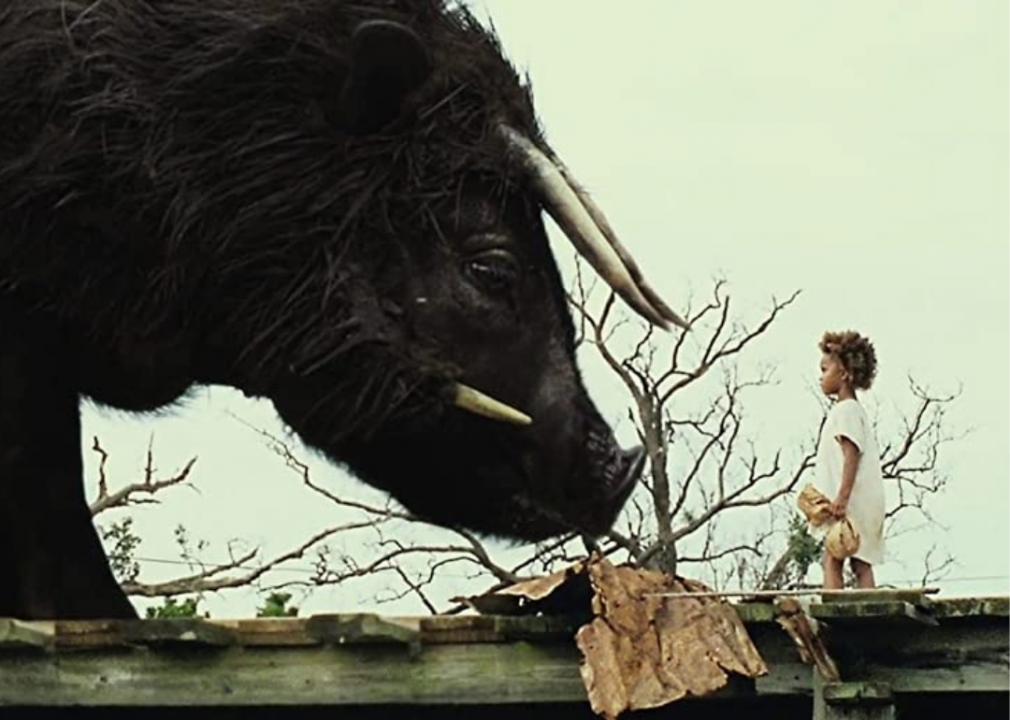 In a rural Delta community, tough father Wink (Dwight Henry) and his young daughter Hushpuppy (Quvenzhané Wallis) prepare for the end of the world. When Wink succumbs to a mysterious illness, the balance of the natural world becomes unstable, giving way to weather extremes and the unleashing of prehistoric creatures—so Hushpuppy leaves her threatened home to find her mom. In 2013, nine-year-old Wallis became the youngest person to be nominated for the Academy Award for Best Actress. 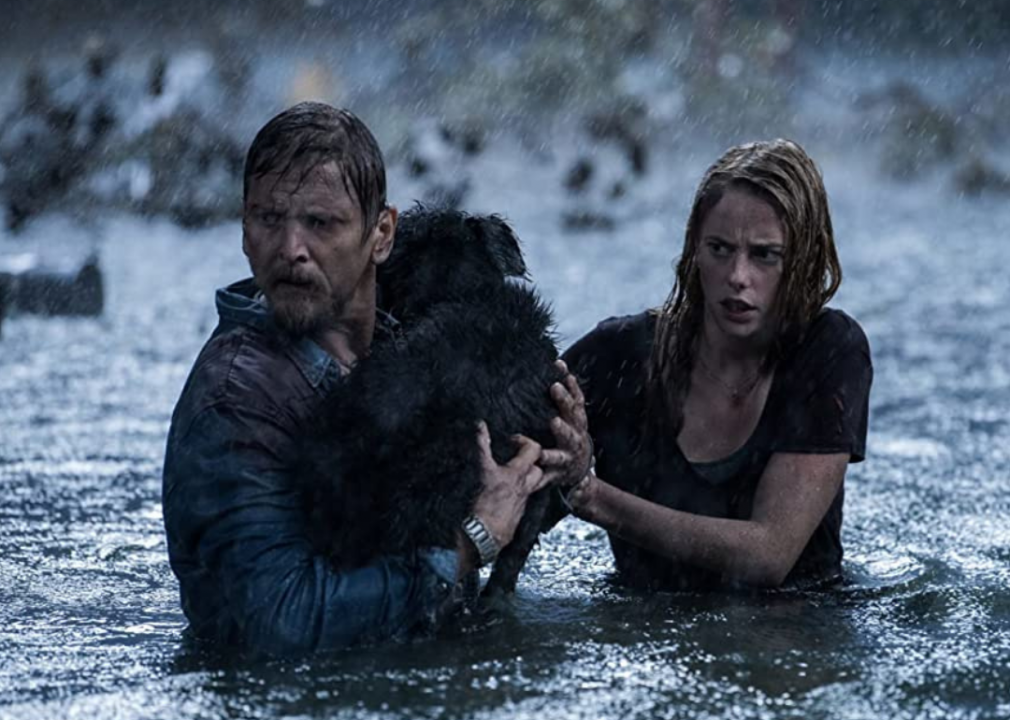 As an impending hurricane threatens her father’s home in Florida, obstinate Haley Keller (Kaya Scodelario) braves dangerously rising floodwaters to retrieve him. But when she arrives, not only is her father Dave (Barry Pepper), seriously injured, the two of them must battle their way out against the alligators that have circled the flooded home. One of the first draft endings closed the film on a much darker note, in which our heroes are rescued and an alligator jumps up and eats them. 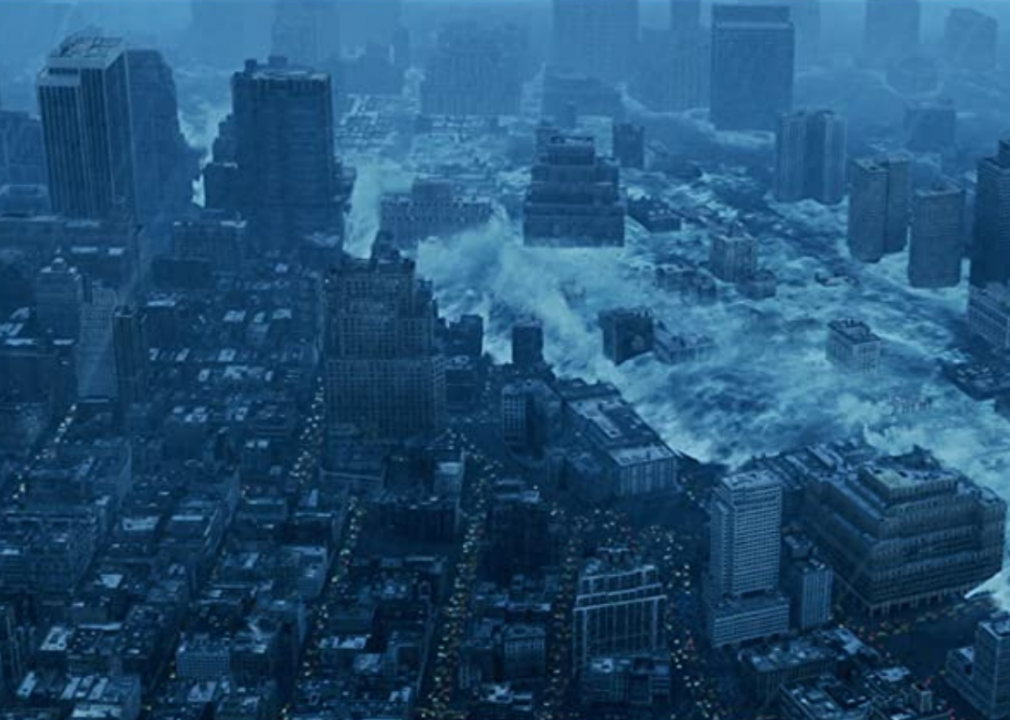 As a direct result of global warming, a catastrophic “superstorm” is kicked off, despite grave warnings from climatologist Jack Hall (Dennis Quaid). It sets off a domino effect of natural disasters throughout the world, and Hall and his crew must travel on foot from Philadelphia to New York in order to save his son, Sam (Jack Gyllenhaal). The film received some controversy at the time of release for its inaccurate depiction of climate disasters. 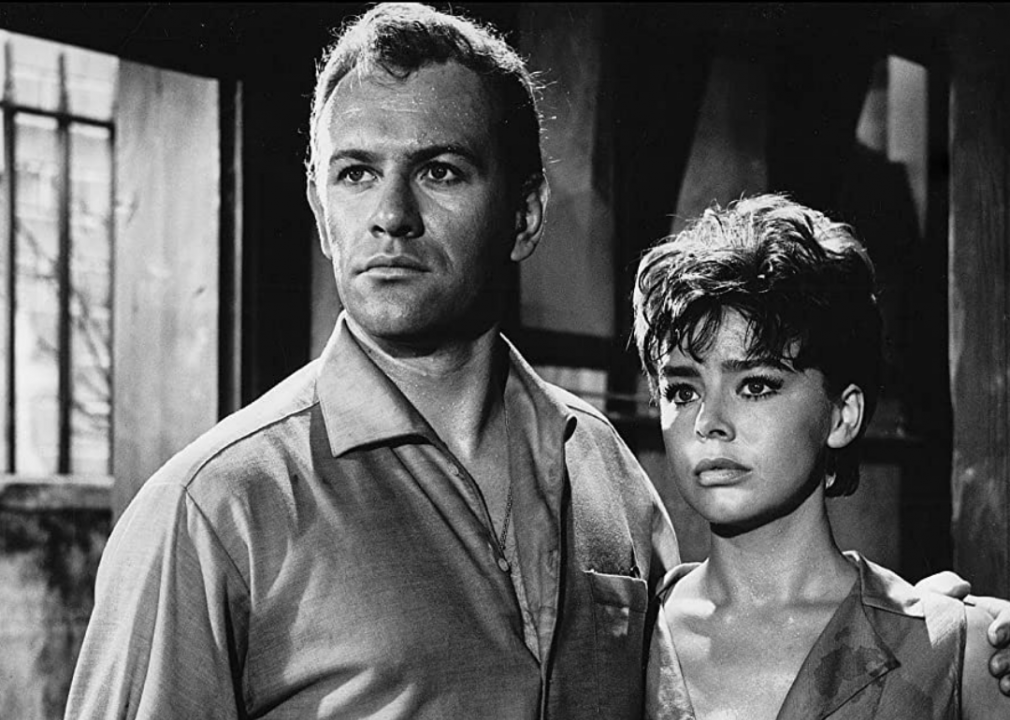 Two journalists and a weather reporter discover that the simultaneous detonations of nuclear devices from the United States and Russia have caused earth’s orbit to be altered. When catastrophic natural events begin plaguing the planet, it is discovered that the earth is now hurtling toward the sun and must be put back on its axis. Actor Michael Caine is featured in an uncredited cameo as a policeman in one of his earliest feature roles. 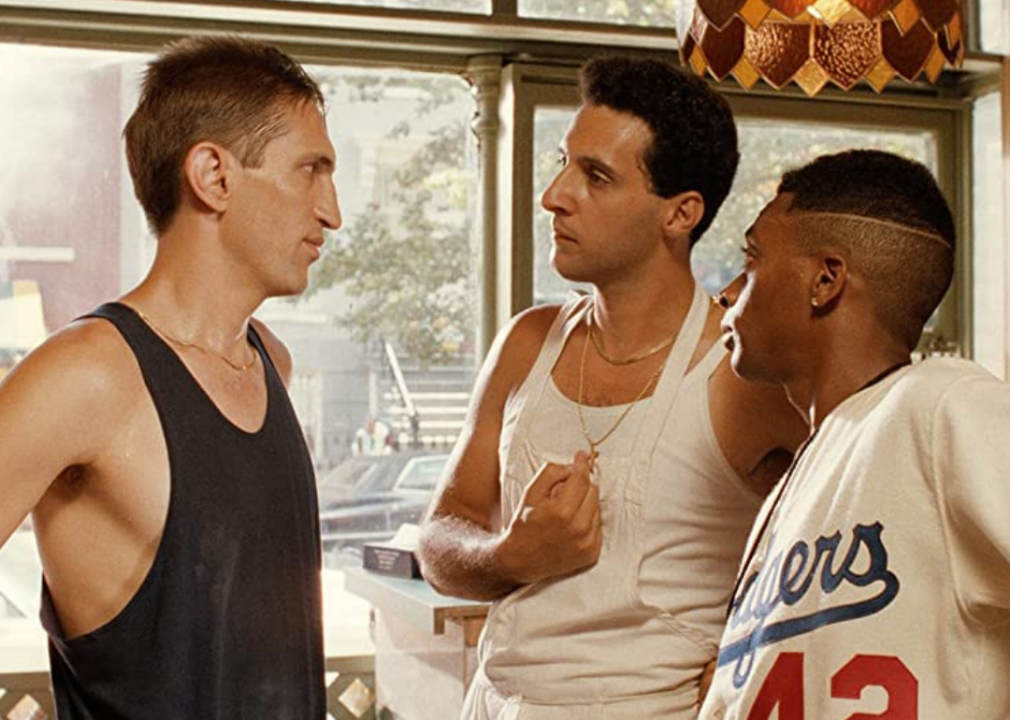 It’s the hottest day of the year in Brooklyn, and one neighborhood struggles to beat the heat. But when tensions rise between the residents of a largely Black neighborhood and the owners of the local Italian pizza joint, the conflict reaches a boiling point, and tragedy strikes. Director Spike Lee had originally wanted Robert De Niro to play the role of Sal, the pizza shop owner, but he turned it down because he felt that the role was too similar to characters he’d already played. 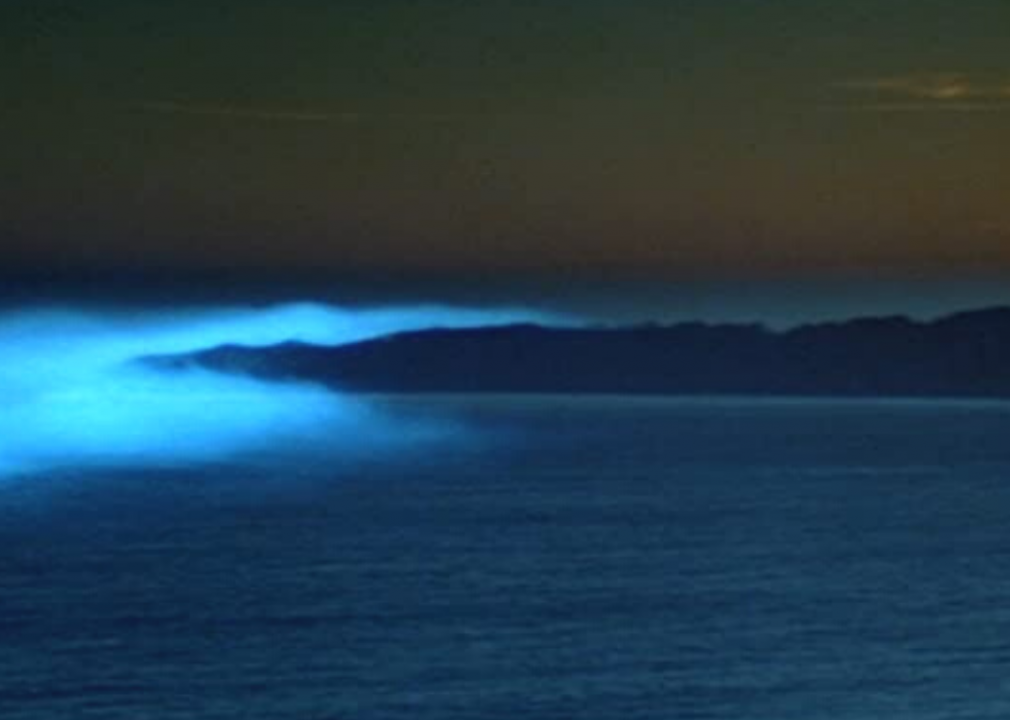 As a small town in coastal California prepares to celebrate its centenary, the appearance of a mysterious fog coincides with a string of bizarre incidents. Inanimate objects gain sentience, an otherworldly fire ensues, a mutilated corpse is found, and death seems to follow in the fog’s wake. A remake of John Carpenter’s original cult horror classic was released in 2005, though to near-universal critical and audience panning. 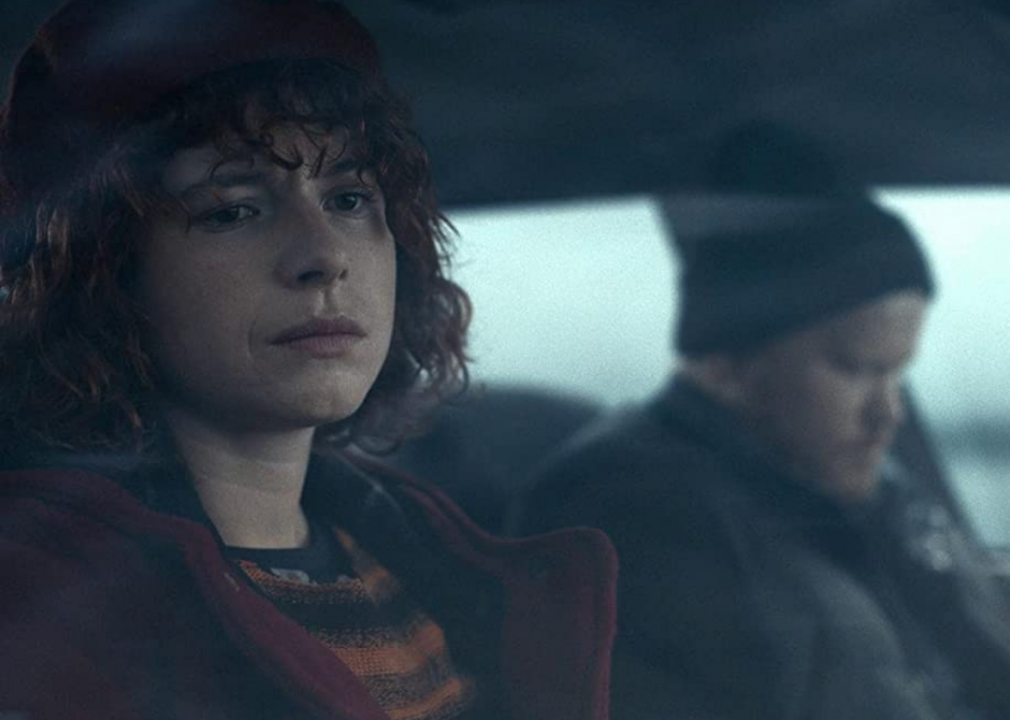 A young woman journeys with her new boyfriend to his family’s remote farm, where she meets his peculiar mother and father and begins to have misgivings about their relationship. Despite insistence against it, the couple leaves the home and attempts to make the trip back through a perilous snowstorm. Starring Jessie Buckley and Jesse Plemons, the film is based on Iain Reid’s 2016 novel of the same name. 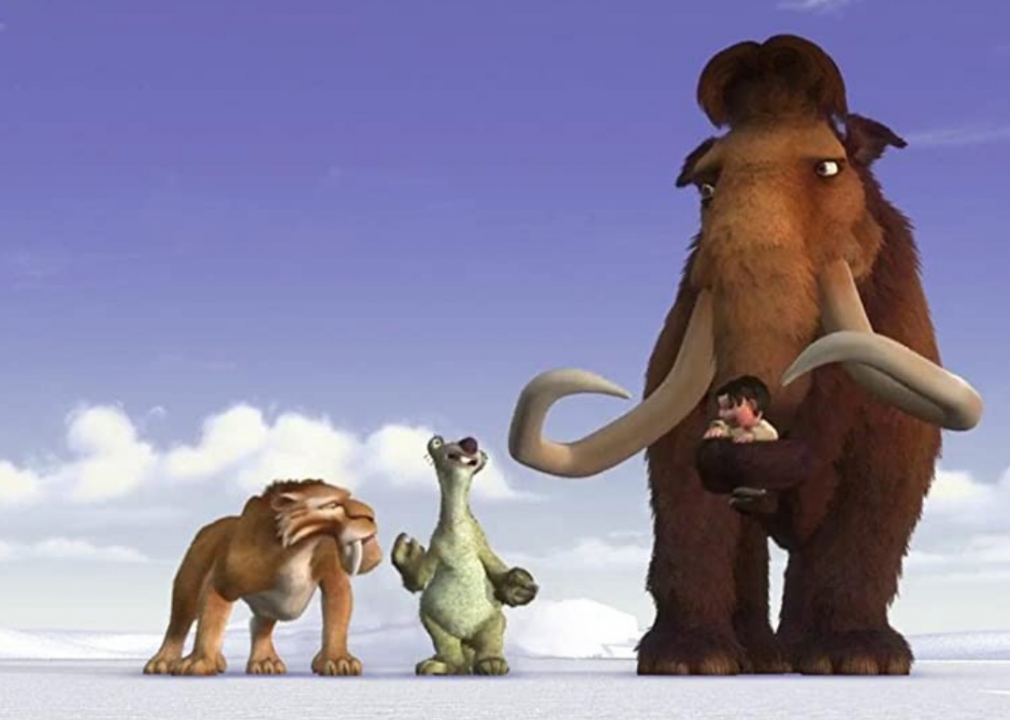 Set 20,000 years ago, on the precipice of the Ice Age, a disagreeable team of creatures begins migrating south. The unlikely team consisting of a woolly mammoth, a saber-toothed tiger, a sloth, and a lost child make the trek across the increasingly freezing landscape to deliver the little human back to its parents. “Ice Age” was the first feature film for animation studio Blue Sky Studios. 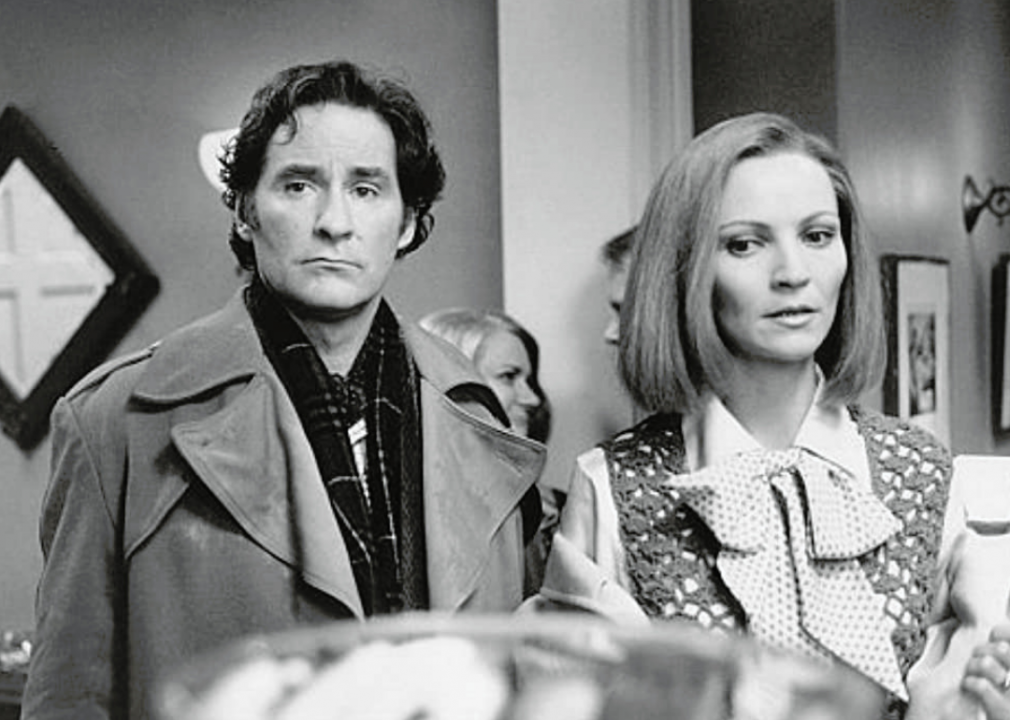 Over the course of Thanksgiving weekend in 1973, two outwardly put-together, upper-class families slowly begin to unravel. As relationships are strained and people inch closer toward their breaking points, the worst ice storm of the century rears its ugly head. The storm in the film was based on an actual ice storm named “Felix,” which occurred over the course of December 16-17 in 1973. 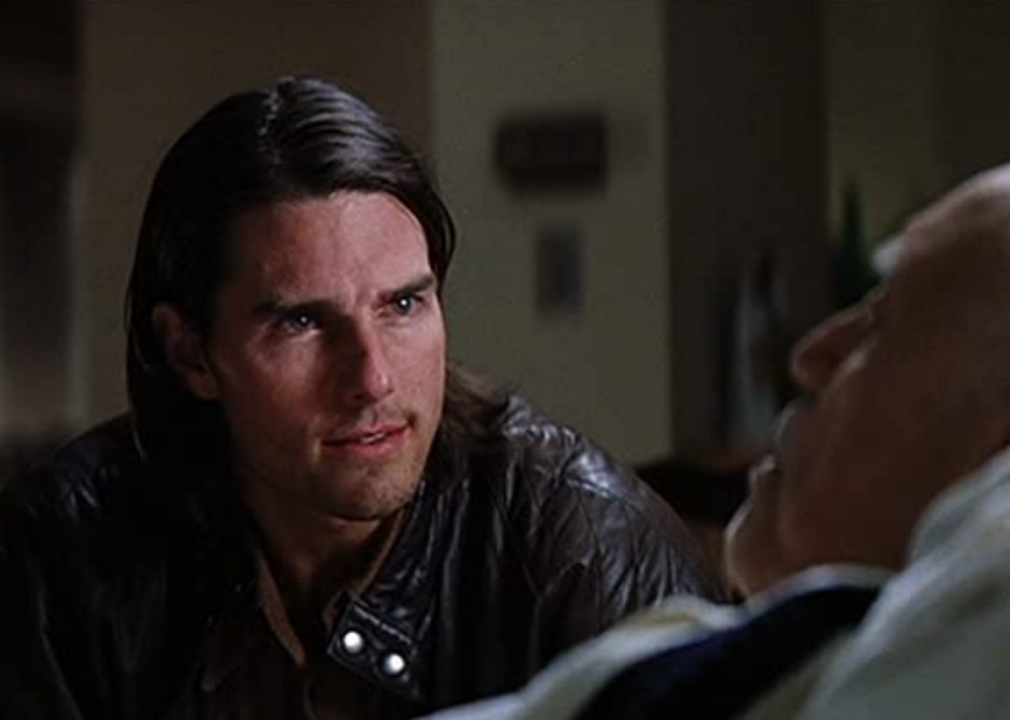 Over the course of one day, nine people who are all, in one way or another, connected to each other, see the trajectory of their lives drastically altered. The overlapping stories of people such as a dying media titan, his male caretaker, a child prodigy, a washed-up game show champion, and a famous self-help guru all weave together into one single narrative and culminate with a bizarre weather event. A fake, late-night infomercial starring Tom Cruise in-character as Frank T.J. Mackey circulated to promote the film back in 1999. 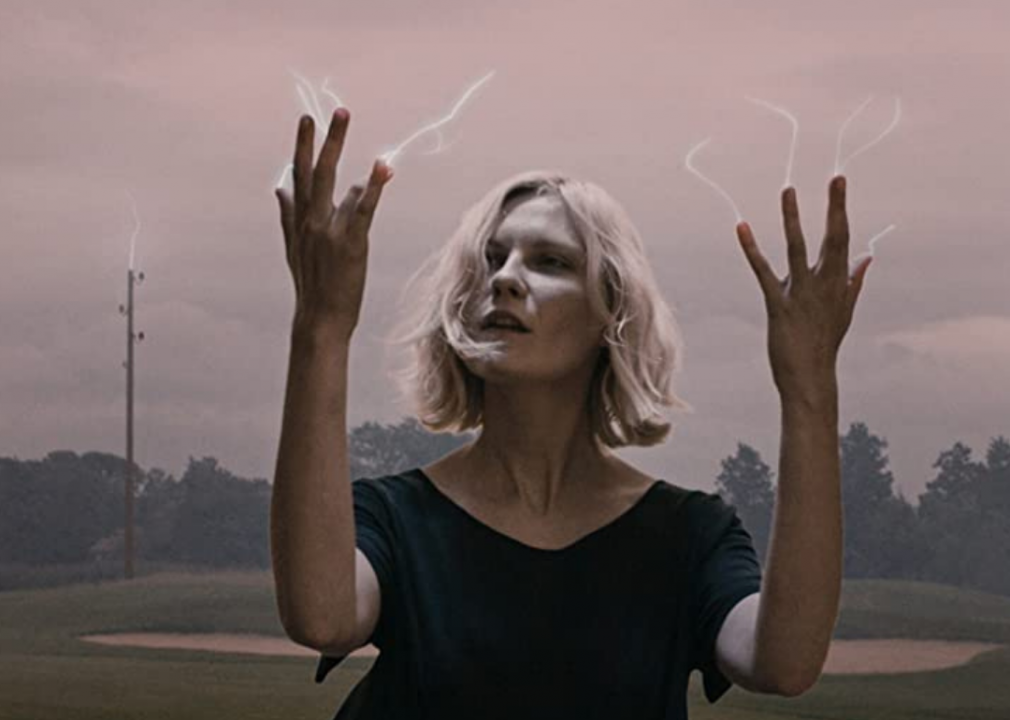 Overcome with depression on her wedding night, melancholic Justine (Kirsten Dunst) finds solace when a rogue planet named Melancholia is discovered to be hurtling toward earth. Together, Justine and her sister, Claire (Charlotte Gainsbourg), cope with their impending deaths in different ways. The film is considered the second entry in director Lars von Trier’s unofficial triptych of films, the “Depression Trilogy,” preceded by 2009’s “Antichrist” and followed by 2013’s “Nymphomaniac.” 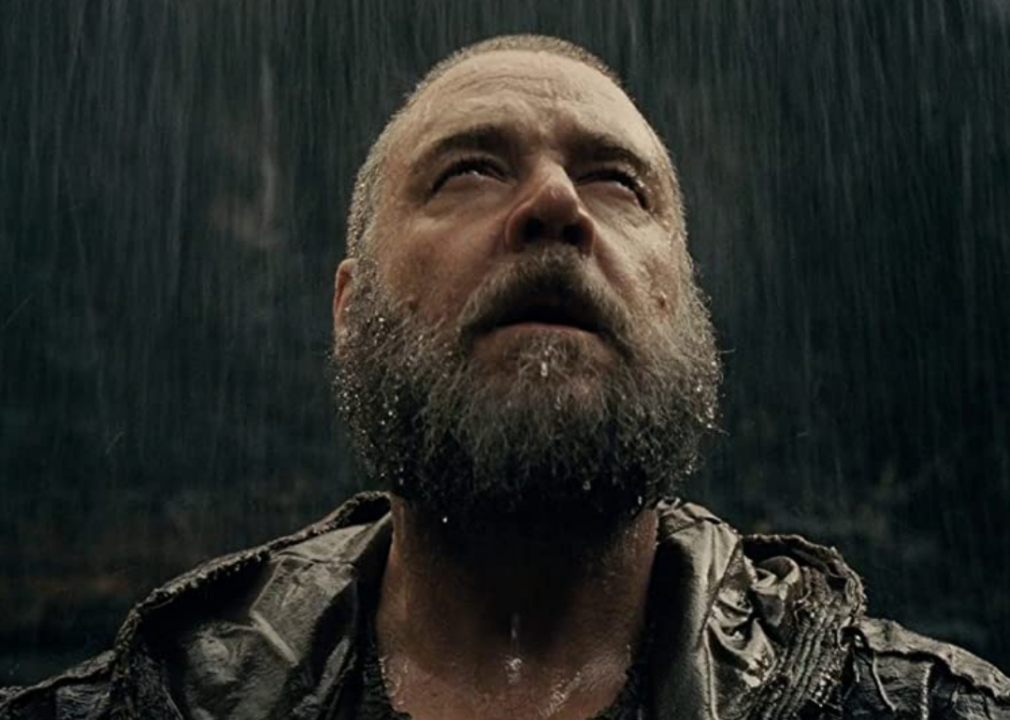 In this retelling of the biblical story of Noah’s Ark from the Book of Genesis, God decides that mankind must be expunged from the earth as punishment for its sinful nature. He chooses one man, Noah (Russell Crowe), and tasks him with building an ark large enough to house both his family and two of every animal on earth, to protect them from an apocalyptic deluge. Under mounting pressure to pacify religious groups, Paramount included a disclaimer during the film’s promotion. 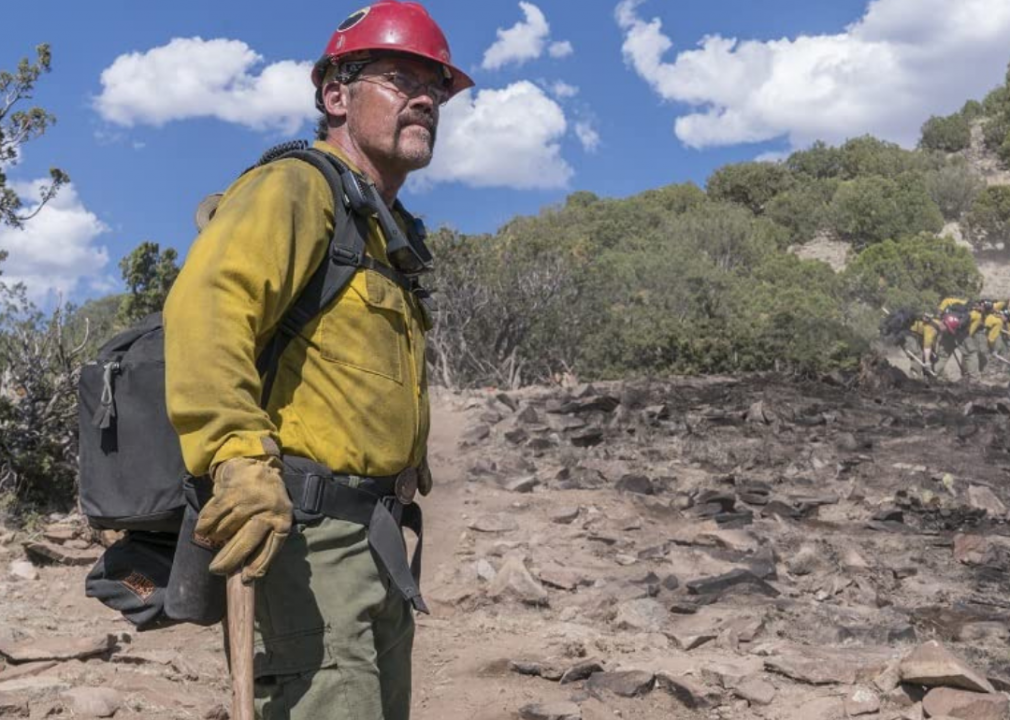 Inspired by a true story, “Only the Brave” surrounds the real-life Granite Mountain Hotshots, an elite firefighting group in Prescott, Arizona. While fighting the Yarnell Hill Fire in June 2013, 19 of the 20 crew members lost their lives battling the blaze, and the film is dedicated to them. The screenplay is based on the GQ article entitled “No Exit” by Sean Flynn. 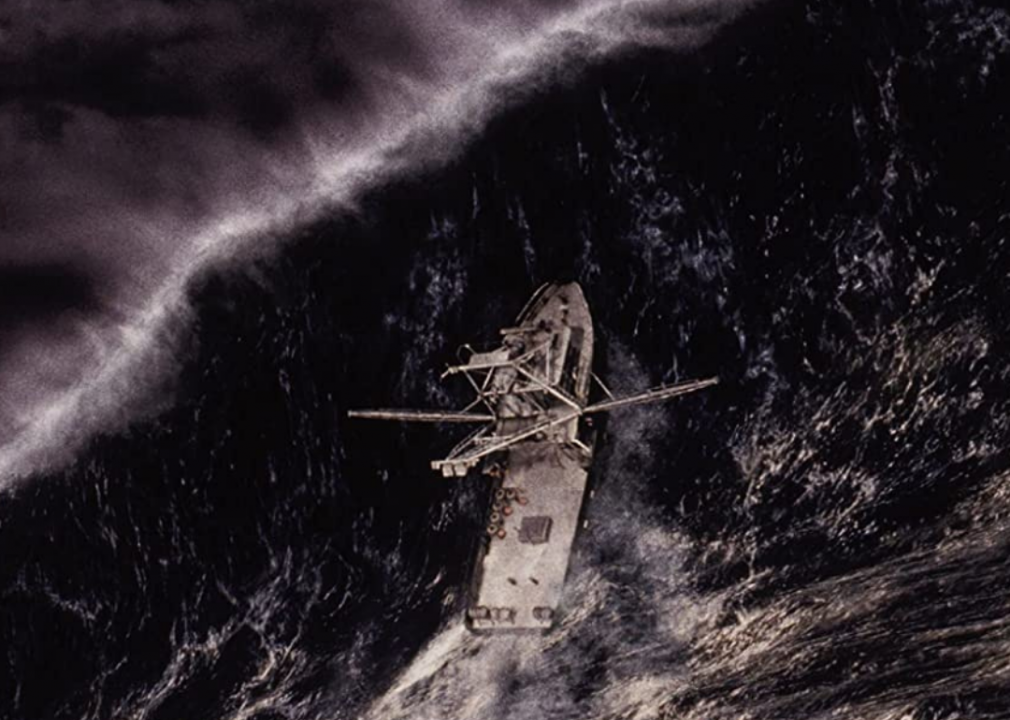 Based on Sebastian Junger’s nonfiction book of the same name, “The Perfect Storm” details the story of the fishing vessel Andrea Gail, which was caught in between three major weather fronts that collided on Halloween in 1991. In this film, a crew of brave men and women must fight to survive nature out in the North Atlantic. While some of the families of the real-life crew members attempted to sue the filmmakers for their fictionalized portrayal, the cases were ultimately dismissed. 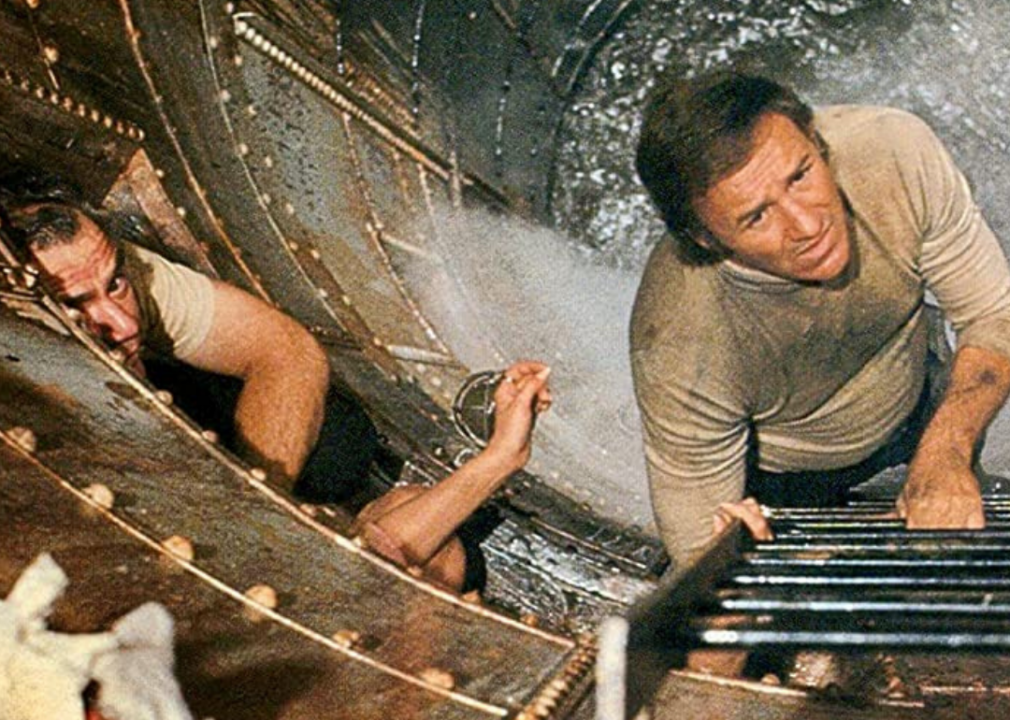 On New Year’s Eve, a passenger ship en route to Greece from New York City is met with a massive tidal wave, overturning the vessel. With the ship’s captain dead, the remaining survivors must band together and evade a myriad of various obstacles as they make a desperate bid for escape. The 1972 film was based on the novel of the same name by Paul Gallico, and a sequel, “Beyond the Poseidon Adventure,” was released in 1979. 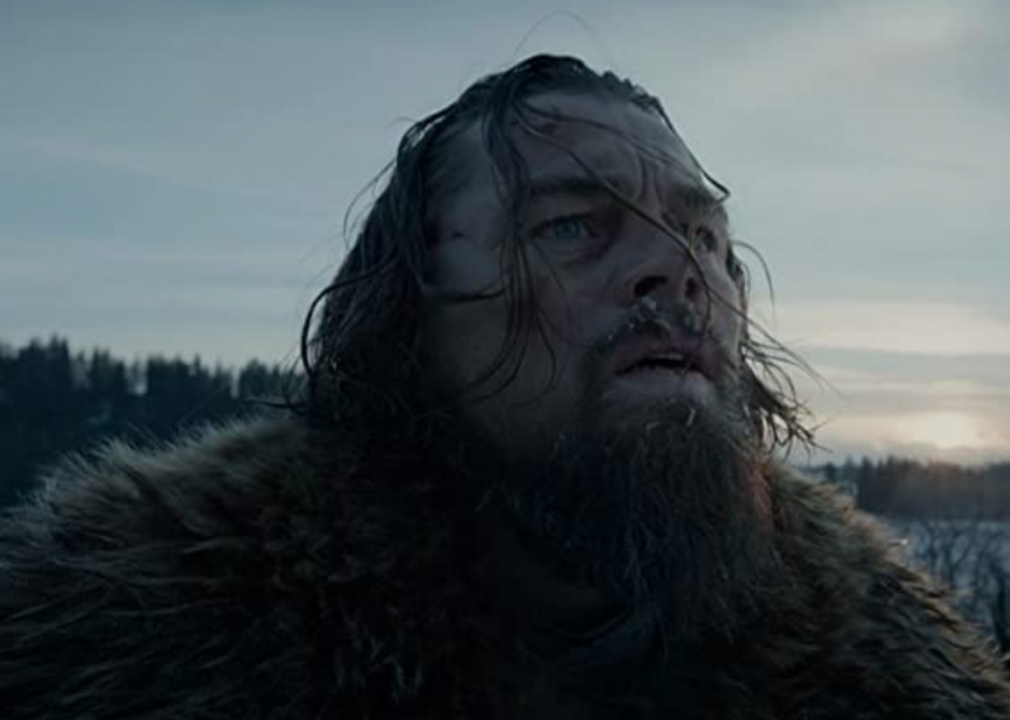 After sustaining serious injuries from a bear attack, 1820s frontiersman Hugh Glass (Leonardo DiCaprio) discovers a member of his hunting team has killed his young son. On a journey charting brutal, snowy weather, Glass is propelled by vengeance as he struggles to make his way back to civilization. The film had a notoriously difficult shoot, with crew members enduring unbearably cold conditions and many were fired or quit. 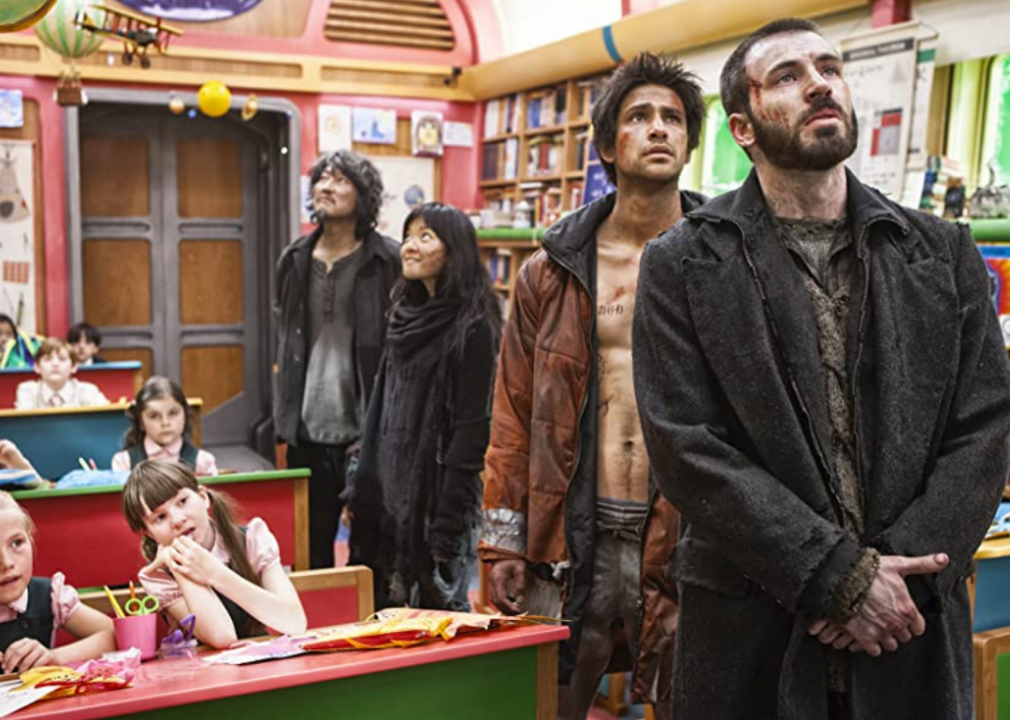 During Earth’s second Ice Age in a dystopian future, survivors live aboard a never-ending train ride, where classes are divided by car and the poorest passengers must fend for themselves at the back. One such passenger, Curtis Everett (Chris Evans), leads a rebellion of the lower class to take over the front of the train. Directed by Bong Joon-ho, the film marked the South Korean director’s English-language debut. 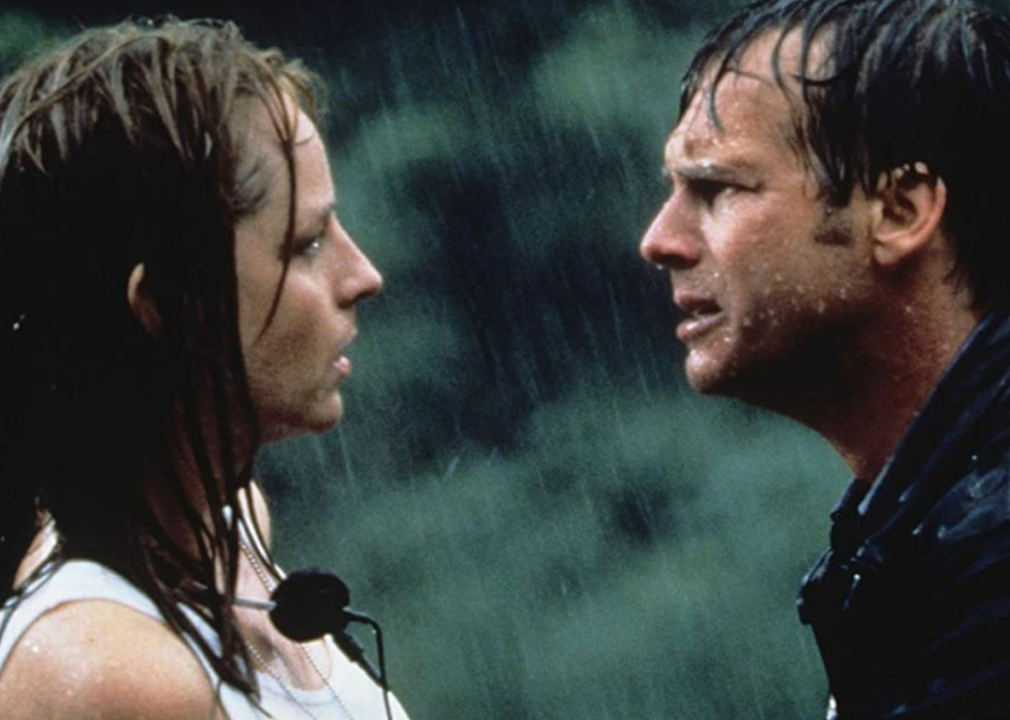 As a series of powerful tornadoes make their way toward Oklahoma, TV weatherman Bill (Bill Paxton) travels to meet his estranged meteorologist wife, Jo (Helen Hunt), so she can finally sign their divorce papers. Instead, the two of them, along with Bill’s new fiancé, Melissa (Jami Gertz), team up with Jo’s group of storm chasers to deploy a groundbreaking research device during the storm. It was the first film to receive a DVD release in the United States. 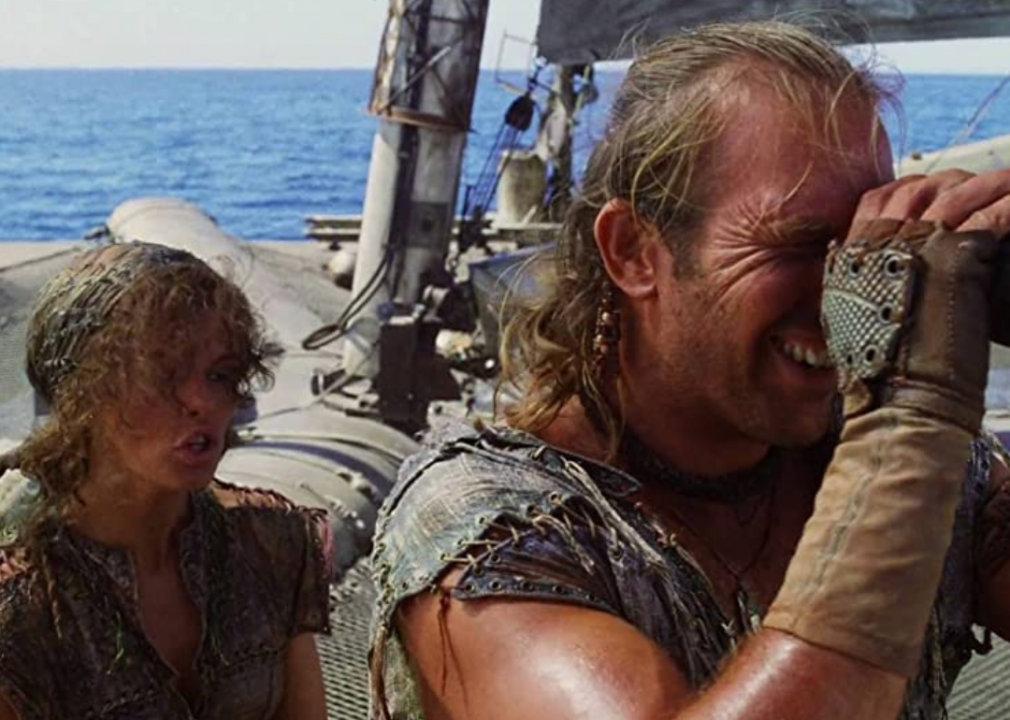 In a dystopic future following the melting of the polar ice caps, the remaining humans have attempted to adapt to life on Earth, while fewer have evolved to grow gills. One of those mutant humans, the Mariner (Kevin Costner), escapes from a water-bound prison with the help of barmaid Helen (Jeanne Tripplehorn) and her young charge, Enola (Tina Majorino), together evading those who believe Enola holds the key to a dryer world. Prior to “Titanic” in 1997, “Waterworld” was, for its time, the most expensive film ever produced. 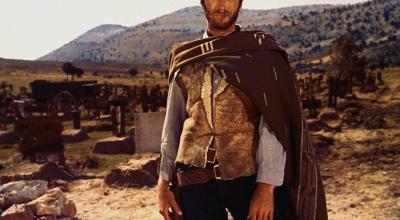 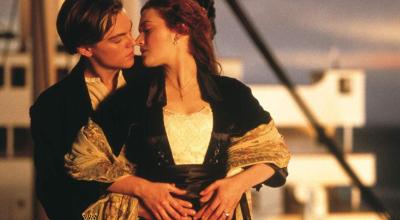 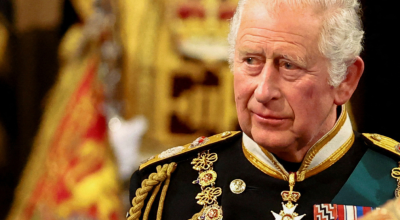 The richest royals in the world 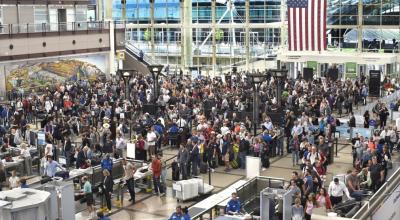