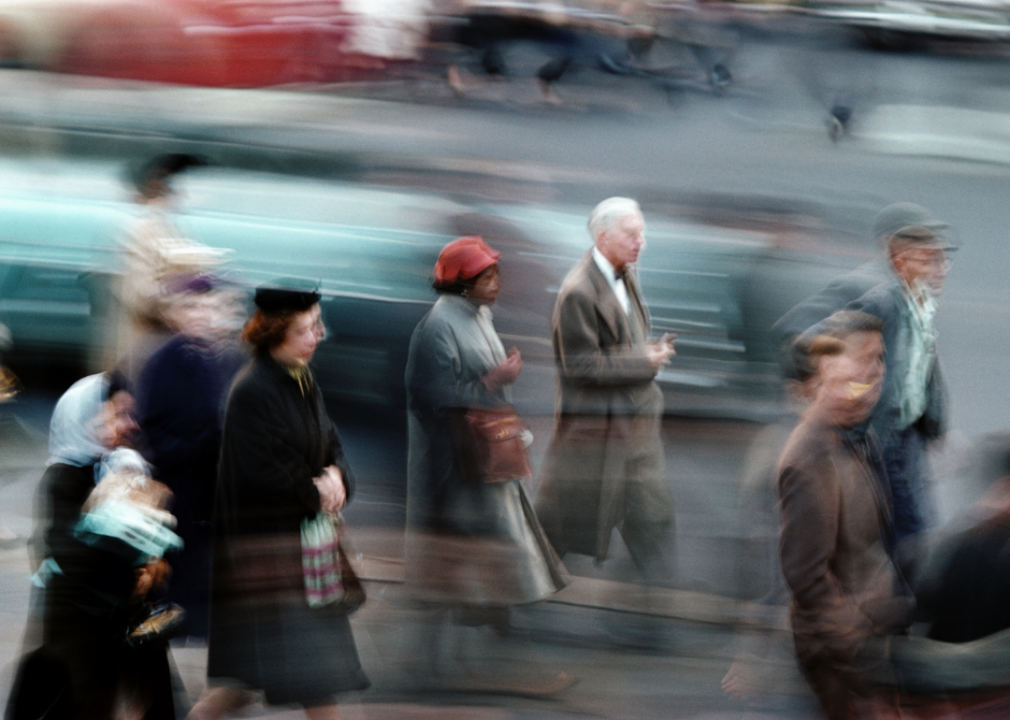 Business travel is nearly as old as business itself. Stacker traced the history of business travel, from ancient trade routes and steam locomotives to business-class airfare.

From the first trade routes that were established in Eurasia in 3000 B.C., the exchange of goods across the globe has been a major driver of business travel. As technology advanced, so too did business travelers’ modes of transport. The horse-drawn caravans of the Silk Road gave way to the steam engines of Europe and the United States centuries later, and later yet the invention of the airplane would cut travel times even more substantively.

As travel became easier, the world grew increasingly interconnected. Multinational corporations could communicate between their constituent parts with ever-increasing ease, and distributors of goods and services could offer them to the entire world instead of just their small, geographic spheres.

Business travel is applicable for all types of workers, from corporate executives and tradespeople to artisans, and construction workers. Beneficiaries of business travel include the entire travel and hospitality industry, from airlines to hotels to train companies.

Keep reading to learn more about the history of business travel.

You may also like: 50 ways air travel has changed over the last 100 years 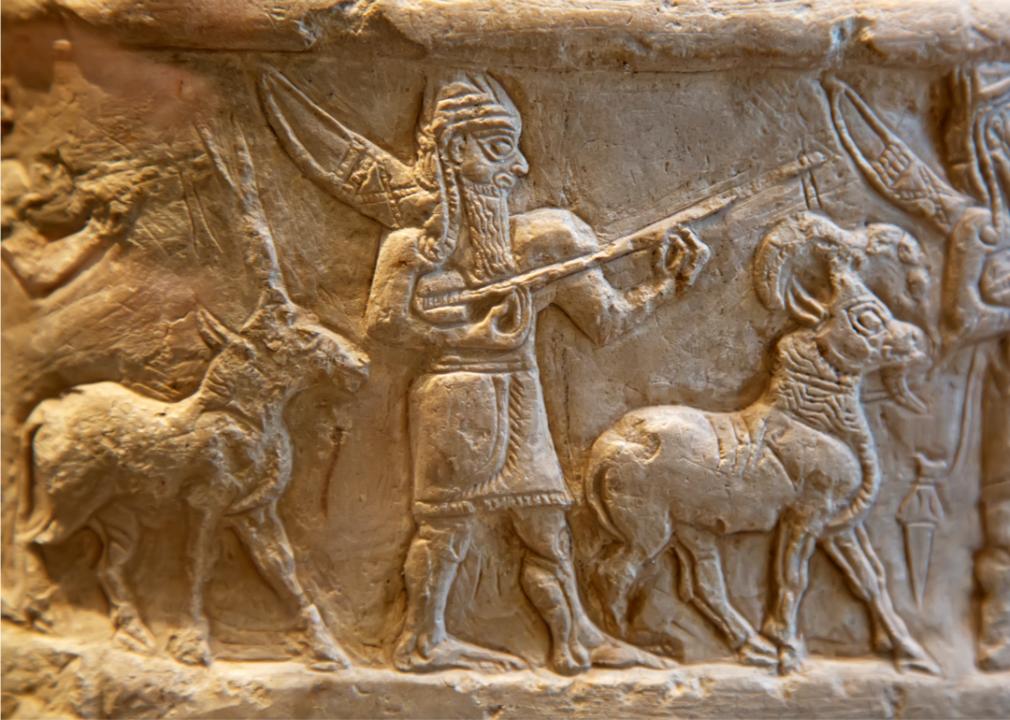 The first roads were built around 4000 B.C. in Mesopotamia, which became the country of Iraq. The stone-paved streets ran through the cities of Babylon and Ur. The wheel would not be invented for another 500 years, so the primary mode of transport along those roads was on foot. The development of these roads allowed business districts to establish themselves along certain streets, demarcating places for business from places for leisure, rest, and home. Millennia later, business travelers would use the same basic concept of a road to travel relatively short distances for meetings, conferences, and other business purposes. 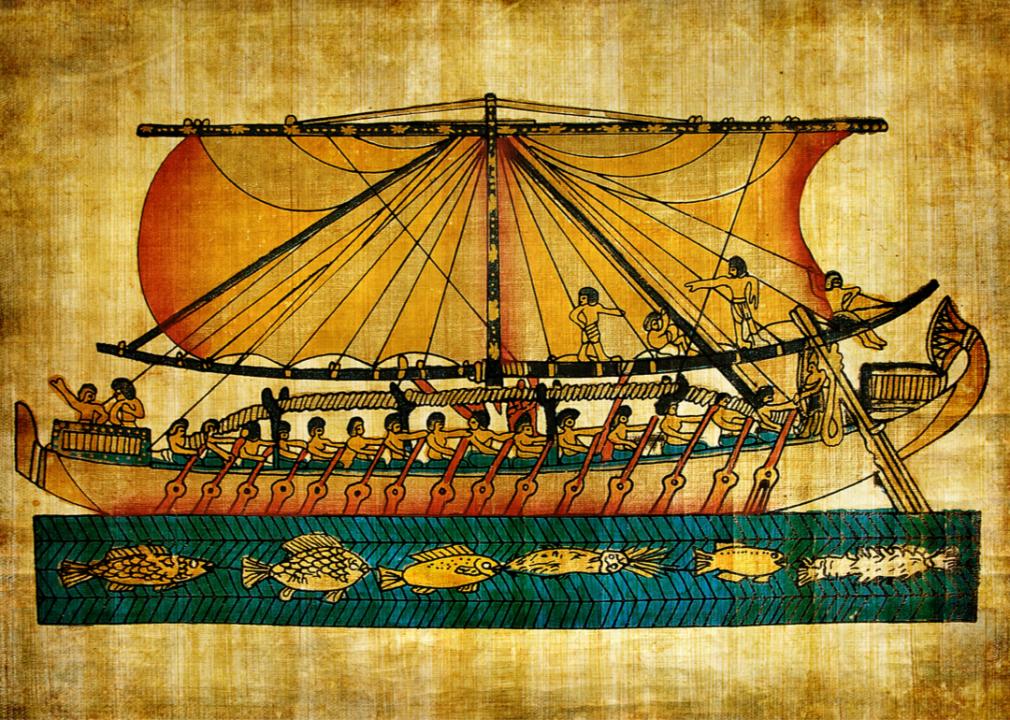 By 3000 B.C., ships were establishing routes to trade goods across the Arabian sea. Some of the primary goods traded along these routes were copper ore from Oman, teakwood from India, and incense from Arabia. Traders bartered these items for wheat, cheese, and barley, which were common in ports and countries further north. For centuries, ships were the primary mode of transport for goods between distant parts of the world. Not until the invention of the airplane in the 20th century was there another way to get tradeable goods between continents and across oceans. 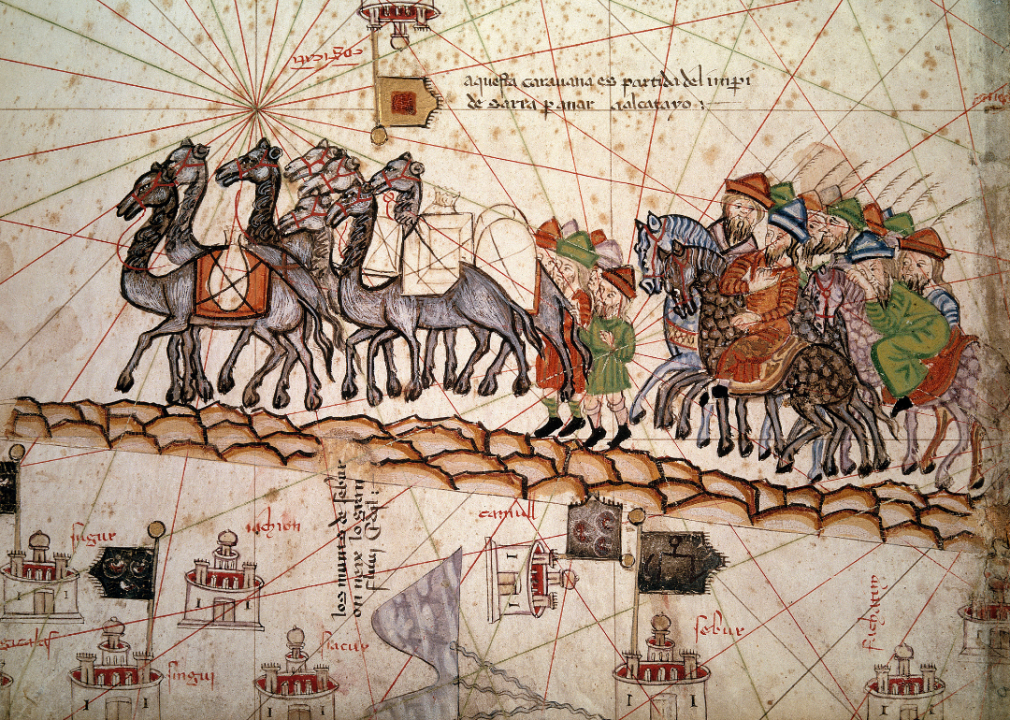 Marco Polo was an Italian merchant, explorer, and writer who traveled the Silk Road in the 13th century. In 1271, he traveled with two family members through an extraordinary swath of land on a 24-year journey. Countries the Polos trekked through included Armenia, Persia, Afghanistan, Georgia, and Azerbaijan. The travelers intended to embark from the Persian port city of Hormuz into China by sea but abandoned this plan when they saw the poor condition of the ships they were meant to board for travel. The Polos traveled primarily on horseback through Europe, Eurasia, the Middle East, and all the way to China. 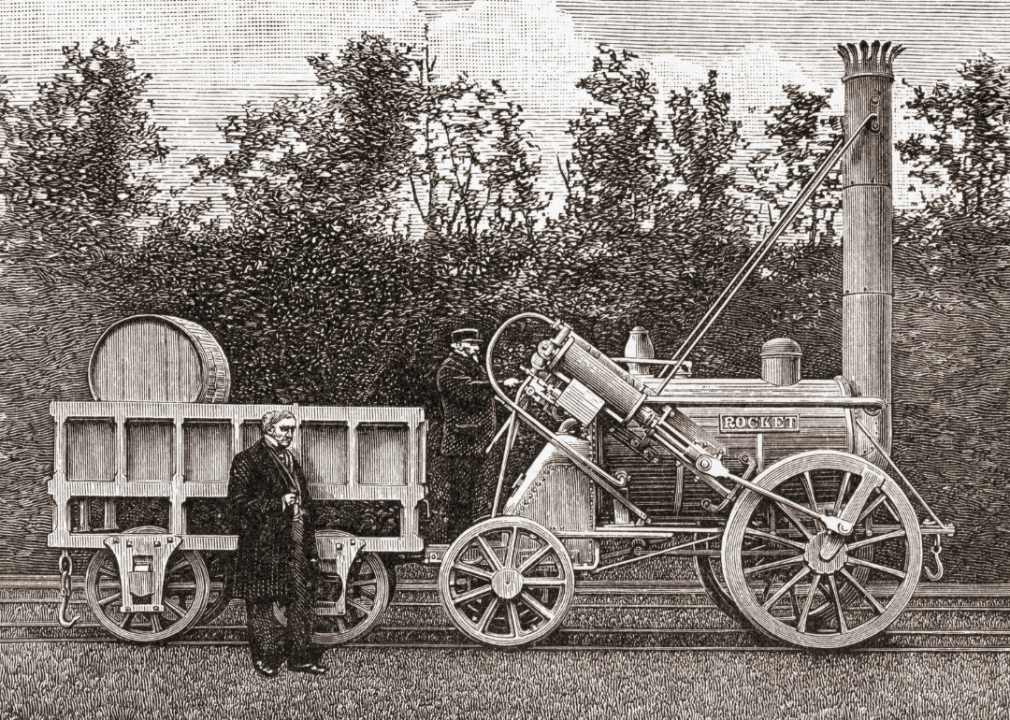 In 1825, the first steam locomotive transported 450 people 25 miles between the two towns of Darlington and Stockton, England, at 15 miles per hour. The engine would have enormous implications for the future of travel. Once the power of steam engines became obvious, plans for horse-drawn railways were scrapped. In their place, railways that could transport heavy goods like coal—not to mention people—sprang up all across the world. In the United States, the railway facilitated westward expansion through the country, which led to the development of railway and mining towns throughout the American West, as people moved westward in pursuit of business opportunities and new ventures. 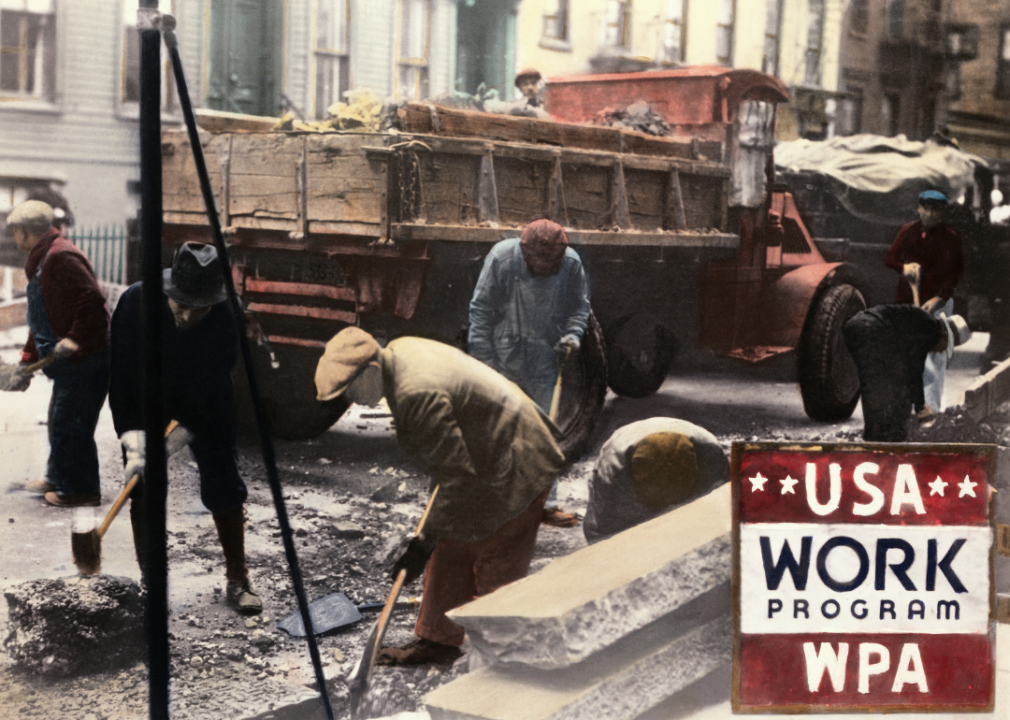 In the 1930s, the United States was emerging from the depths of an economic depression. President Franklin Roosevelt’s New Deal put Americans to work on a vast array of projects. In Tennessee, the federally created Tennessee Valley Authority addressed a wide range of issues facing the region, such as reforestation and providing electricity to homes and businesses. Other major projects such as The Hoover Dam, LaGuardia Airport, and New Orleans City Park were all constructed by workers contracted through the New Deal. Towns were built and dedicated across the country to housing construction workers and their families.

You may also like: Countries most dependent on tourism 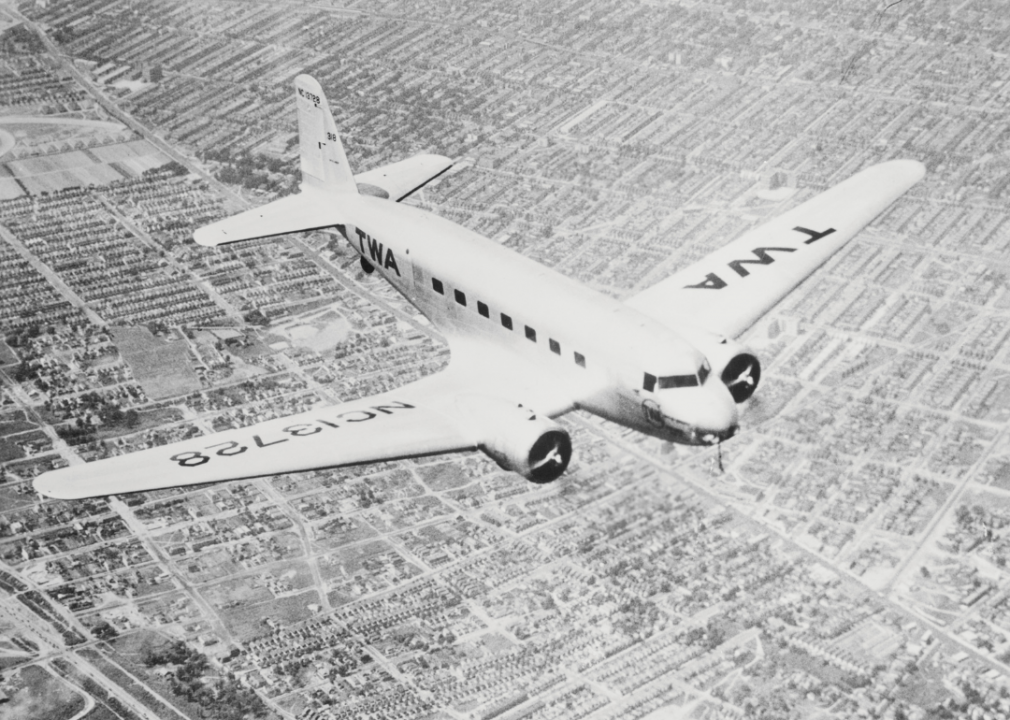 The invention of the commercial airplane would change business travel forever. Where business travel had initially been limited to destinations within driving or railway distance—or conducted via arduous longer journeys—the development of the DC-3 plane in 1935 heralded the dawn of the era of quick flights. The DC-3 entered commercial service flying coast-to-coast across the United States, albeit with an overnight stop. Business travelers who once would have had to embark upon a week-long train or car journey on the same route could complete it in less than a day. Decades later, business travel in the air is exceptionally popular. 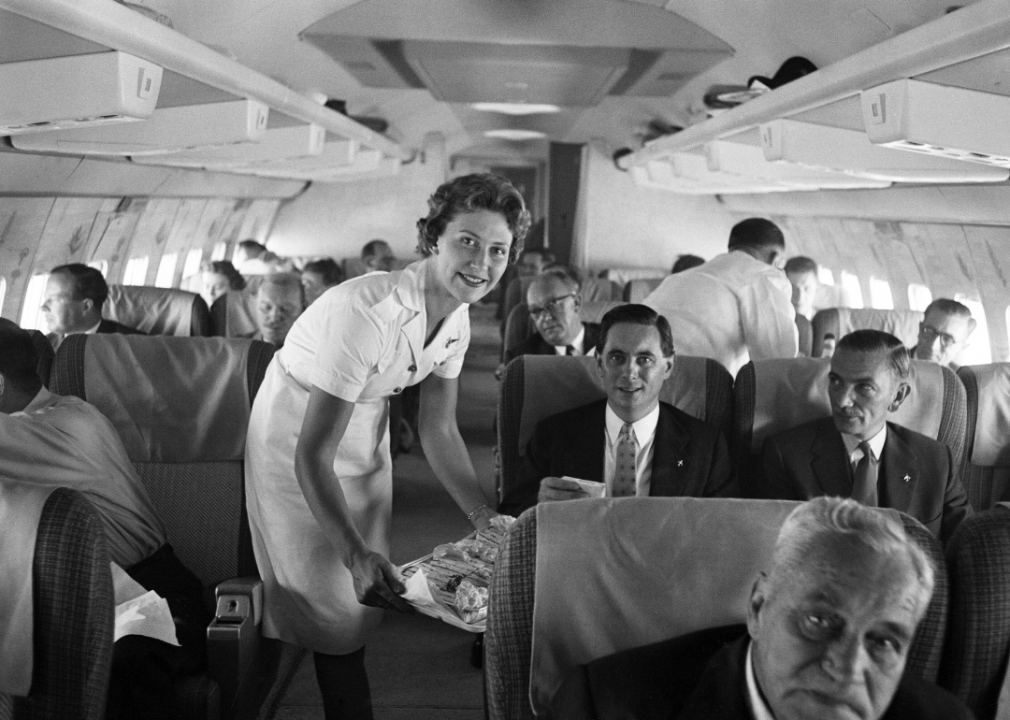 In 1958, Boeing introduced the world to 707 airliners. These would prove to be transformative for transcontinental business travel. That same year, Pan Am introduced overseas flights on 707s. This allowed business partners, for example, in London and New York, to meet to discuss business far more efficiently than ever before. A journey that would have taken nearly a week at sea could be cut down to just several hours on the 707s. 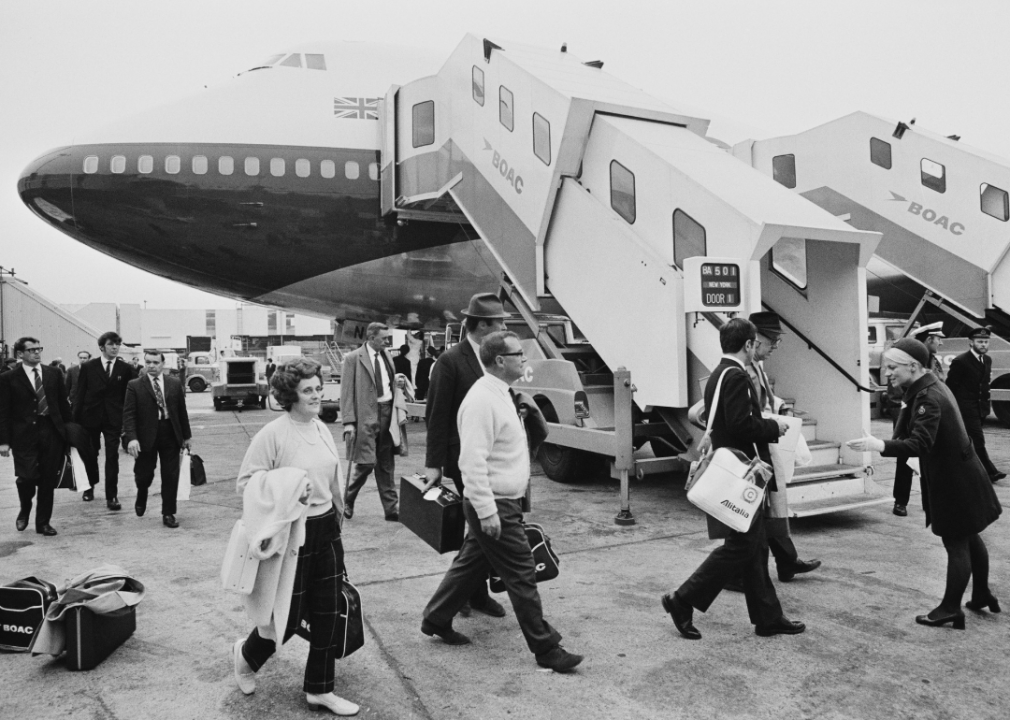 In 1979, the airline Qantas introduced business class tickets. Due to the rising popularity of air travel in the preceding decades, airports and planes themselves were more crowded than they had been in the early days of travel. Qantas—and other airlines shortly after—introduced business fares as a way to shield travelers from crowds. The extra space and separation from the noise of the airport came with a price, however. Business-class fares were more expensive than those sold for coach. Today, a business-class fare can cost up to five times the price of a coach ticket. 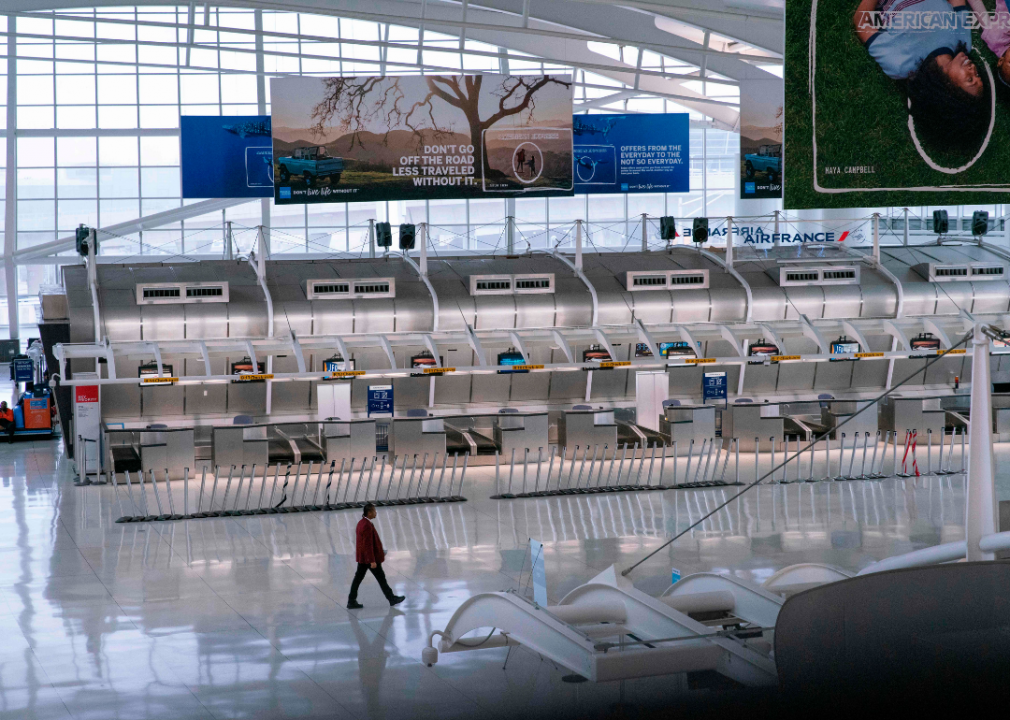 Business travel was sidelined as COVID-19 swept the globe in 2020. Travelers who once would have boarded trains, planes, and automobiles to shake hands with business contacts in person were suddenly told to stay home. Business meetings shifted to Zoom and other forms of virtual communication. Business travel budgets declined by 90% or more in 2020. Further, 93% of companies suspended international business travel. 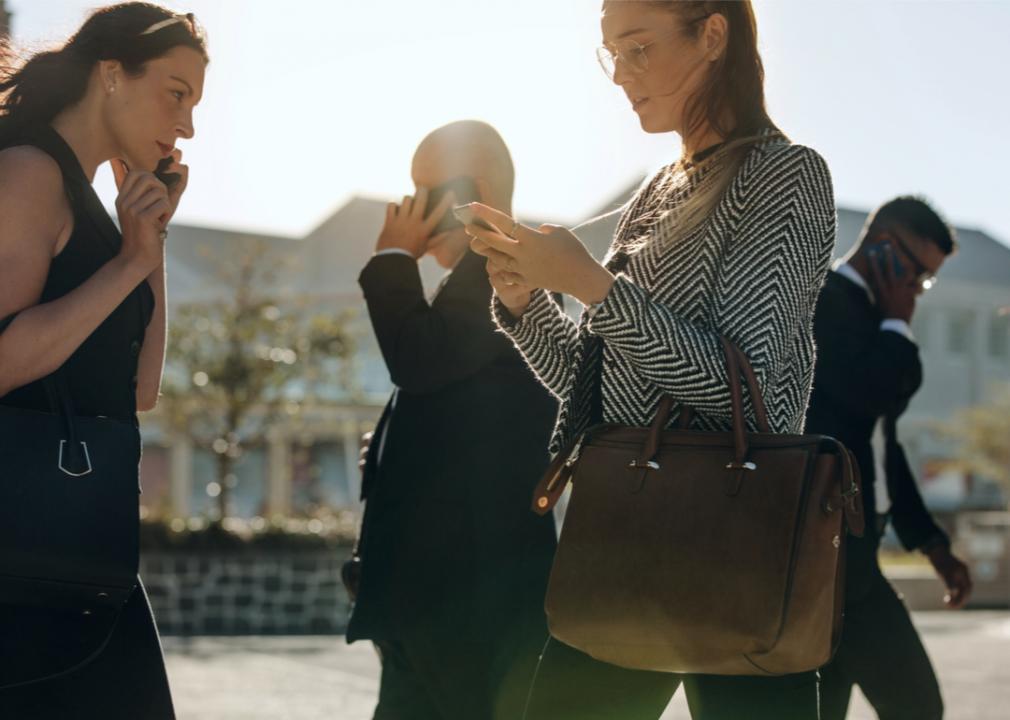 In 2021, there are signs that business travel is making a comeback. After 18 months of pandemic-related restrictions on travel, people are itching to hit the road again. A whopping 96% of business travelers have said they are excited to travel again. A further 80% say they are concerned their careers will suffer if they do not make face-to-face connections in business. Industry experts have said that business travelers are now open to traveling further, taking extended stays, and staying in new types of accommodations.

You may also like: These 10 companies have had the biggest impact closing the gender wage gap since 1995

Were the holiday toys from the year you were…