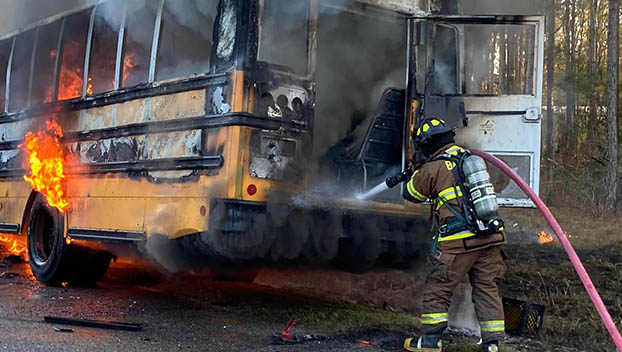 A group of Mississippi students and a bus driver escaped without injury Friday afternoon after a school bus caught fire.

At approximately 4 p.m., the Bayside Volunteer Fire Department responded to the bus fire in Bayside Park, a community in Hancock County on the Mississippi Gulf Coast.

Students and the driver were able to safely exit the bus before it was engulfed in flames, the fire department said. No injuries were reported.

Photos on the Facebook post show a bus nearly destroyed with its yellow paint peeling off of the exterior due to the flames.