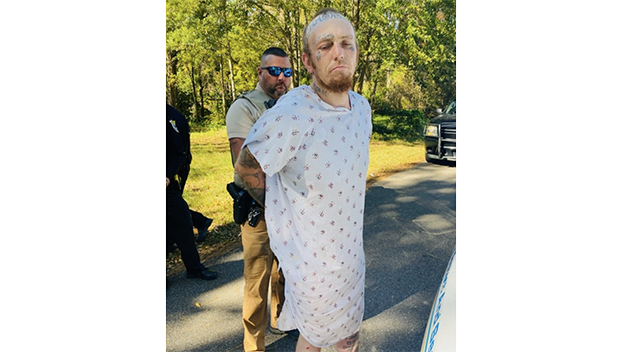 A Mississippi man who led officers on two separate chases — one on an ATV and another running down the street in a hospital gown — is now facing several charges after being taken into custody.

James Raynor was charged with resisting arrest, disorderly conduct and possession of a controlled substance (meth).

Raynor reportedly was riding an ATV on Burnt Bridge Road when officers tried to make a traffic stop on Nov. 19. Raynor then reportedly fled the area and crashed the ATV into a ravine.

Raynor was taken to a Laurel hospital to be treated for his injuries. Raynor then ran away from the facility only wearing a hospital gown. He was arrested a short time later.

Jones County Sheriff Joe Berlin told local news sources that running from the law on an ATV or in a hospital gown is never a good idea and in the case of the hospital gown “is a good indicator that something is amiss.”