How 10 popular influencers got their start 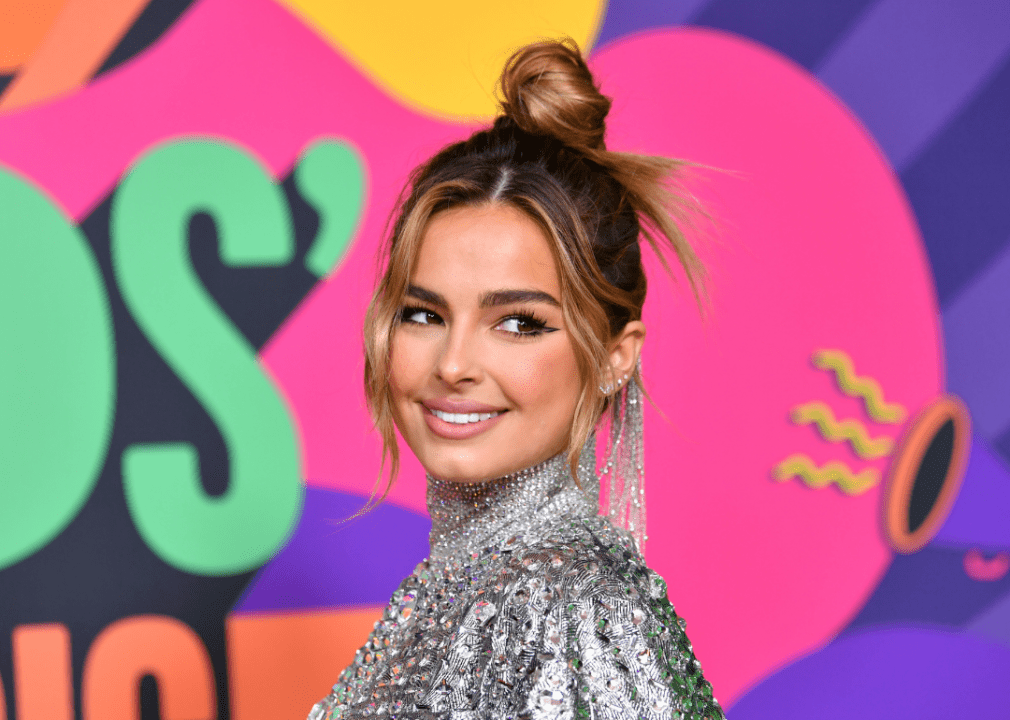 How 10 popular influencers got their start

Ten years ago, if someone had used the word influencer in casual conversation it wouldn’t have made a lick of sense. Social media wasn’t a part of our cultural fabric the way it is today, and people certainly weren’t earning a living posting on social media apps. That said, the idea of an influencer certainly isn’t a new one. All the way back in Ancient Rome, gladiators often endorsed products the way the top athletes of today do. Similarly, the first modern influencer collaboration dates back to the 1760s, when fine china maker Wedgwood conspired with England’s royal family to promote its tea sets.

Today, the influencer market is valued at $13.8 billion. What’s more, there are an estimated 500,000 active influencer accounts on Instagram alone as of 2021. The COVID-19 pandemic certainly had an effect on the industry’s growth, but it also seems, culturally, that we now prefer to be marketed to by people rather than corporations. Whatever the reason for the growth, it’s safe to say that influencing is a field that’s here to stay.

Net Influencer has compiled a list of 10 popular influencers. Using interviews and newspaper articles, we’re taking a closer look at how these individuals got their start and the various methods they’ve used to grow their following and increase their impact. From TikTok’s most famous creator to an up-and-coming travel Instagrammer, these folks all have some pretty interesting stories. 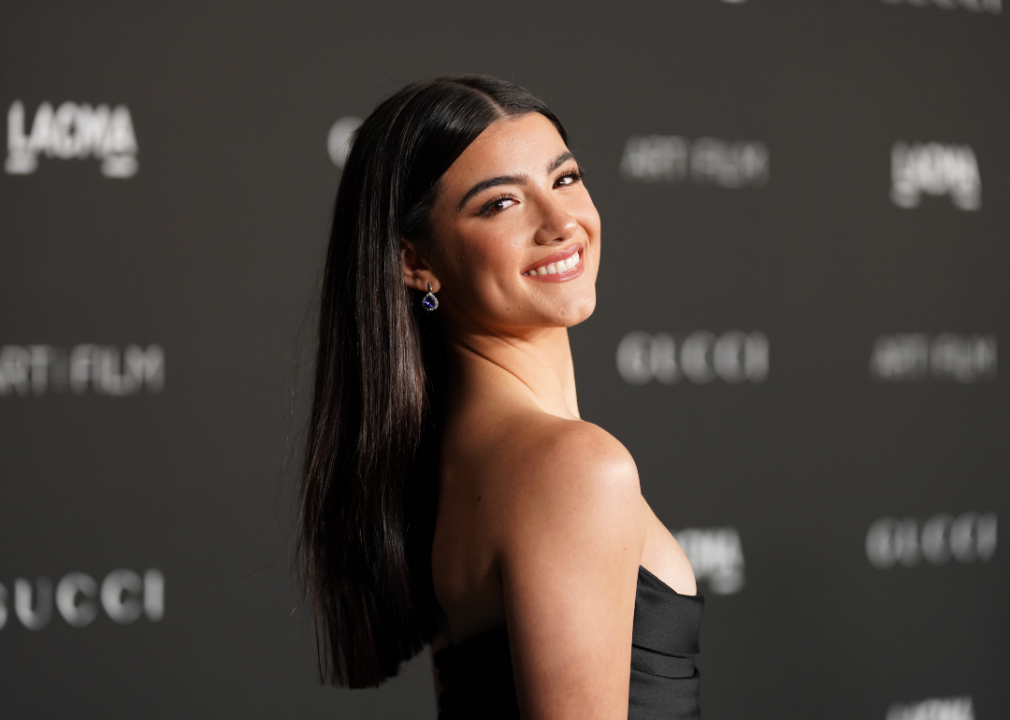 Charli D’Amelio is the most-followed content creator on TikTok, boasting over 128 million followers, as of November 2021. Alessandro Bogliari, the CEO of The Influencer Marketing Factory, explained her success to Distractify, saying that D’Amelio has been able to grow so successfully because she posted consistently, participated in dance challenges, and used hashtags in an almost expert manner. Popular with Gen Z audiences, D’Amelio has proven that TikTok isn’t just for the younger generation, spinning her online fame into true celebrity status. Within the last year, she’s signed a deal with Hulu for a reality show in addition to a deal for a podcast “2 Chix.” She’s also ventured beyond the typical one-off sponsorship deals offered to many influencers, having collaborated with mega-brands like Dunkin’ and Invisalign, effectively turning into a multimillion-dollar brand herself. 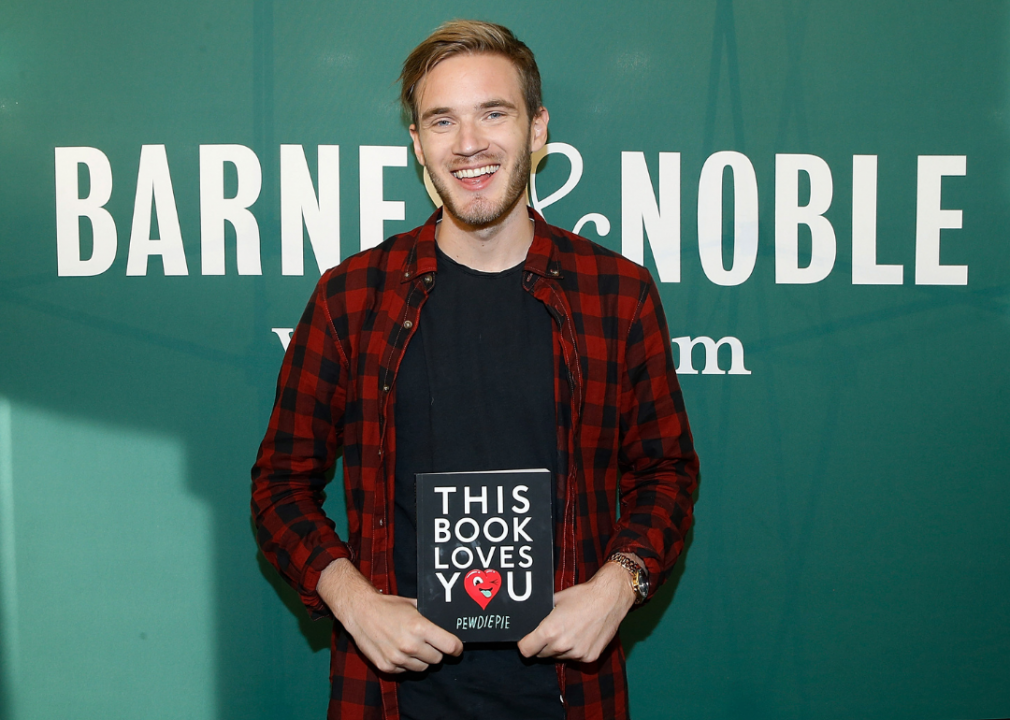 Felix Kjellberg is living proof that one can turn an obsession with video games and internet culture into a full-blown career. The Swedish native got his start on YouTube in 2006 as “Pewdie” (adding the “Pie” in 2010, when he began to focus on content creation more seriously). He was one of the first YouTubers to put out video game walkthroughs, and it was his consistent output—a strategy virtually no one else had been practicing at the time—that launched him to stardom. “The thing that has made YouTube so successful is that you can relate to the people you’re watching to a much higher degree than to the people you see on TV,” he told Icon Magazine. With over 110 million subscribers, PewDiePie’s popularity doesn’t seem to be going anywhere, but he’s branched out to other ventures (like creating a series of video games and writing a book) just in case. 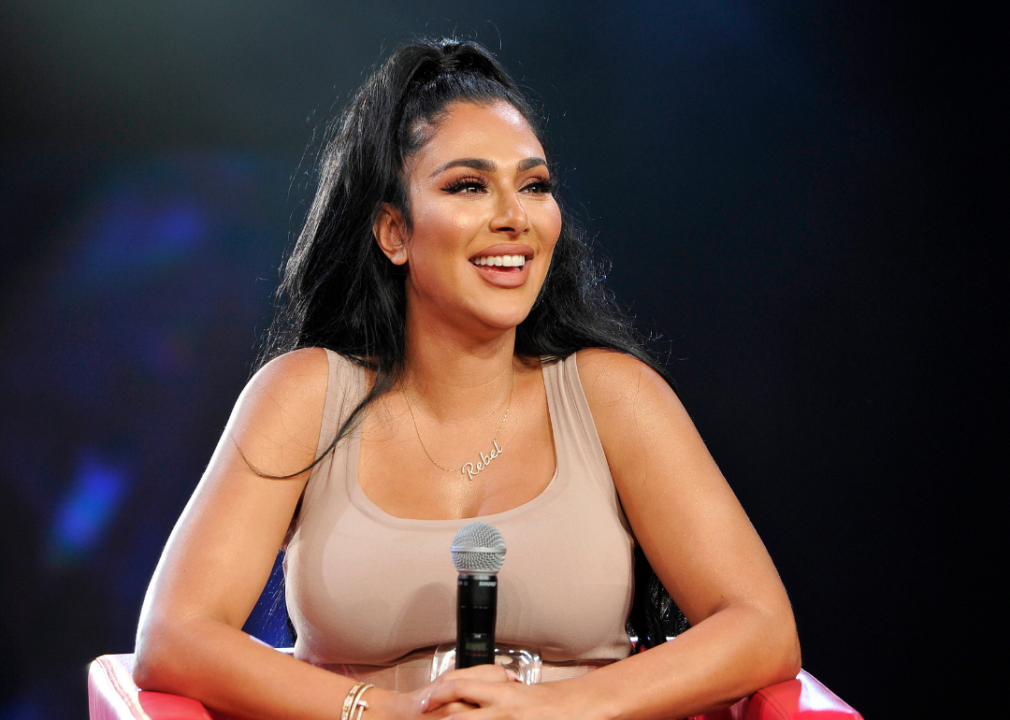 Back in 2010, shortly after losing her job in finance, Huda Kattan returned to school to earn a certificate in makeup artistry. She simultaneously started a blog, called Huda Beauty, to share the tricks and techniques she learned as an industry insider. Today, Kattan has spun that blog (as well as a $6,000 loan from her sister) into an empire with almost 50 million followers across her social media platforms, as well as a cosmetics business valued at $1 billion. With a desire to have her legacy be one of inspiration, she started HB Angels, an early stage investment fund meant to help new entrepreneurs get their own brands off the ground. 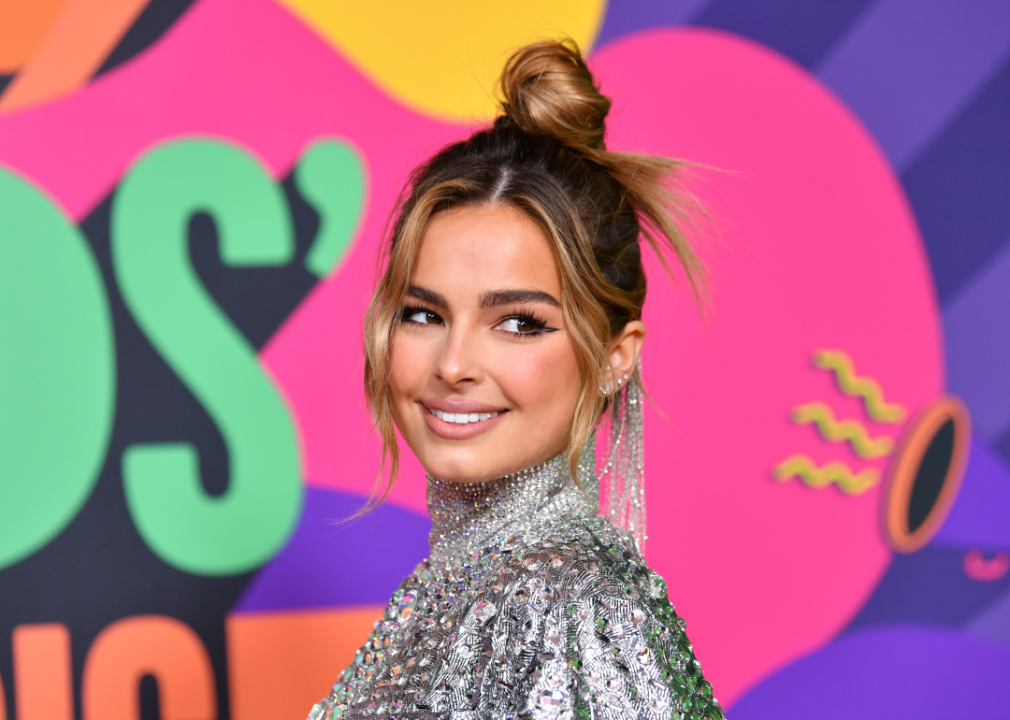 Addison Rae, another TikTok star, was a little more strategic in growing her following than her fellow content creator, Charli D’Amelio. She joined the platform in 2019 but didn’t become an instant success like D’Amelio—who notoriously gained 5 million followers in less than a week. Rae only garnered one like on her first video. But she got smarter—jumping on every lip-syncing or dancing trend across the platform, posting consistently, and joining a creator collaborative called Hype House. Rae’s efforts paid off—she’s now the highest-paid influencer on TikTok, according to an August 2020 report by Forbes. She parlayed that success into a clean beauty brand, a podcast, and even a content deal with Netflix, having starred in the streaming giant’s reboot of “She’s All That.” As of November 2021, she boasts 85 million TikTok followers and 40 million Instagram followers. 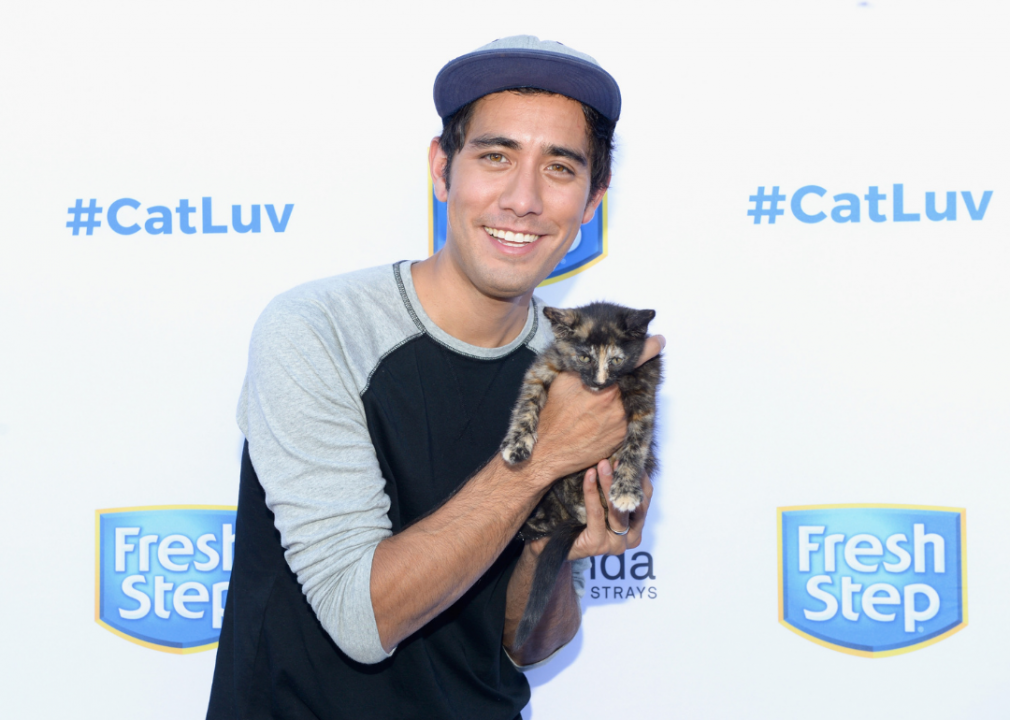 The most successful influencers know how to pivot and how to repackage their winning content for various platforms. Case in point, Zach King. In 2009, King began posting his highly edited, comedic, magic and adventure videos on YouTube, which helped him win the NextUp Creators contest in 2011. Looking to grow even more, King began posting shorter, six-second videos on Vine, then music.ly (succeeded by TikTok). Today, he has almost 63 million followers on TikTok alone (making him the fifth most-followed creator) and is the mastermind behind the platform’s most-viewed video. In 2016, King secured a three-book deal with HarperCollins, which Amblin Entertainment (Steven Spielberg’s studio) optioned the film rights for. 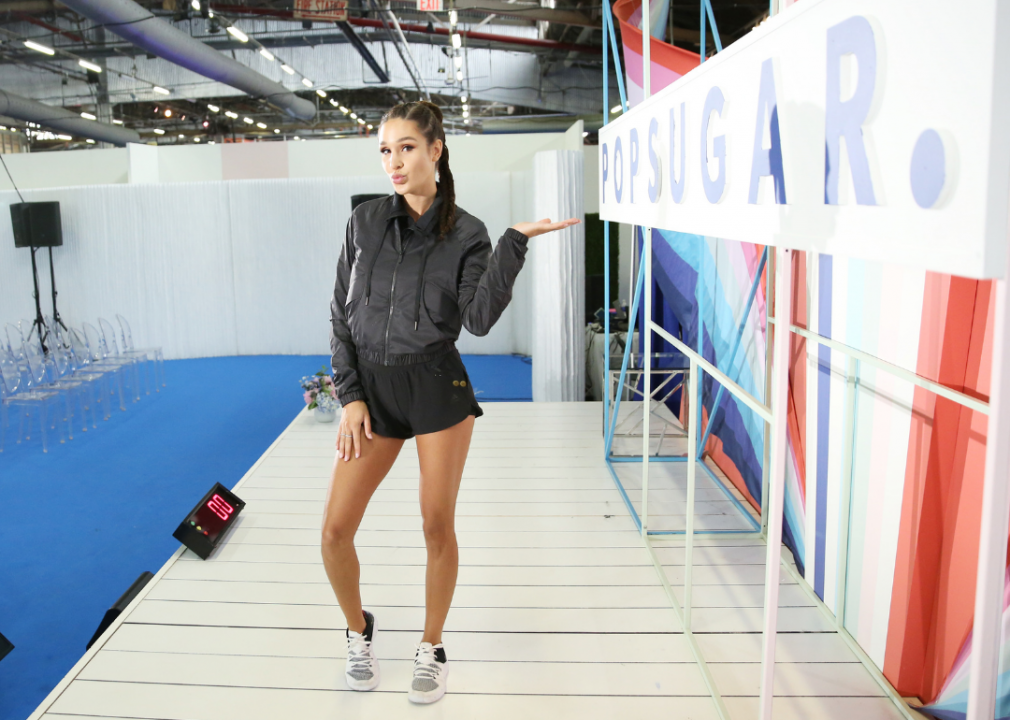 As a teenager, Kayla Itsines worked as a personal trainer in Australia. Her cousin suggested she utilize Instagram to share her clients’ before-and-after photos and their success stories. These incredible transformations earned her thousands of followers, mostly young women wanting real results of their own. So Itsines created an e-book called “Bikini Body Guide,” which eventually became the basis for her workout app, Sweat. Despite claiming she’s never had a social media strategy, only posting what feels genuine to her, she’s managed to amass 13.6 million Instagram followers. In 2021, she sold her app (which has been downloaded over 30 million times) for $400 million. 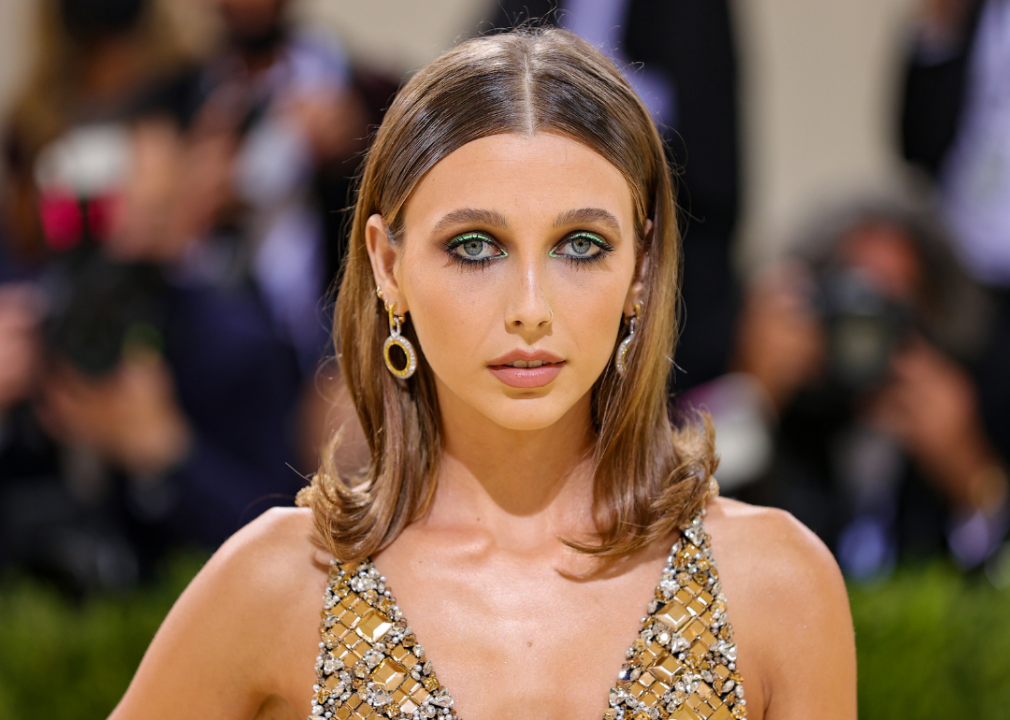 In a similar manner to Kayla Itsines, Emma Chamberlain’s following has mostly grown out of her relatable nature and authentic feel. The teenager, who’s popular with Gen Zers and millennials alike, first began posting to YouTube in 2016. Unlike other influencers, though, her videos aren’t concentrated on any one specific thing, like food or beauty—they encompass all areas of her life, from baking cupcakes to doing homework. Her unique editing style (lo-fi and exaggerated) and method of addressing the camera led to The Atlantic declaring her “the most important YouTuber today.” With more than 11 million followers on YouTube and 14.5 million followers on Instagram, Chamberlain has gone on to spin her success into a deal with Louis Vuitton and her own coffee company, among other lucrative ventures. 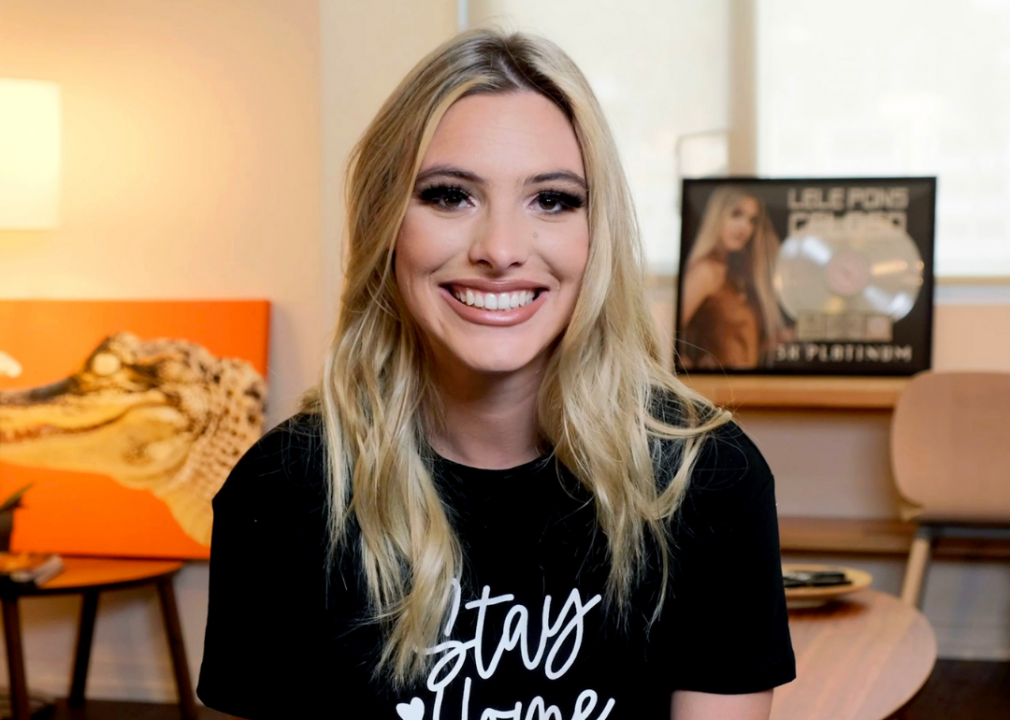 Venezuelan-born comedian Lele Pons became the first person to hit 1 billion loops on the now-defunct platform Vine in 2014. Her skits, which often dealt with topics like crushes, high school, and the general awkwardness of being human, are best classified as slapstick comedy. After Vine shut down in 2016, she turned to YouTube and Instagram, continuing to put out the same kind of content she’d been developing for years. It’s this willingness to adhere to the platforms’ “rules” (or rather, bend to the demands of their algorithms) and meet her followers’ expectations, that has rewarded her with 17.7 million subscribers on YouTube and 46.3 million followers on Instagram. The influencer, who has a partnership with CoverGirl and has written a young adult novel, isn’t just passionate about comedy—she speaks often about politics in her native South America and raises awareness about its ongoing struggles. 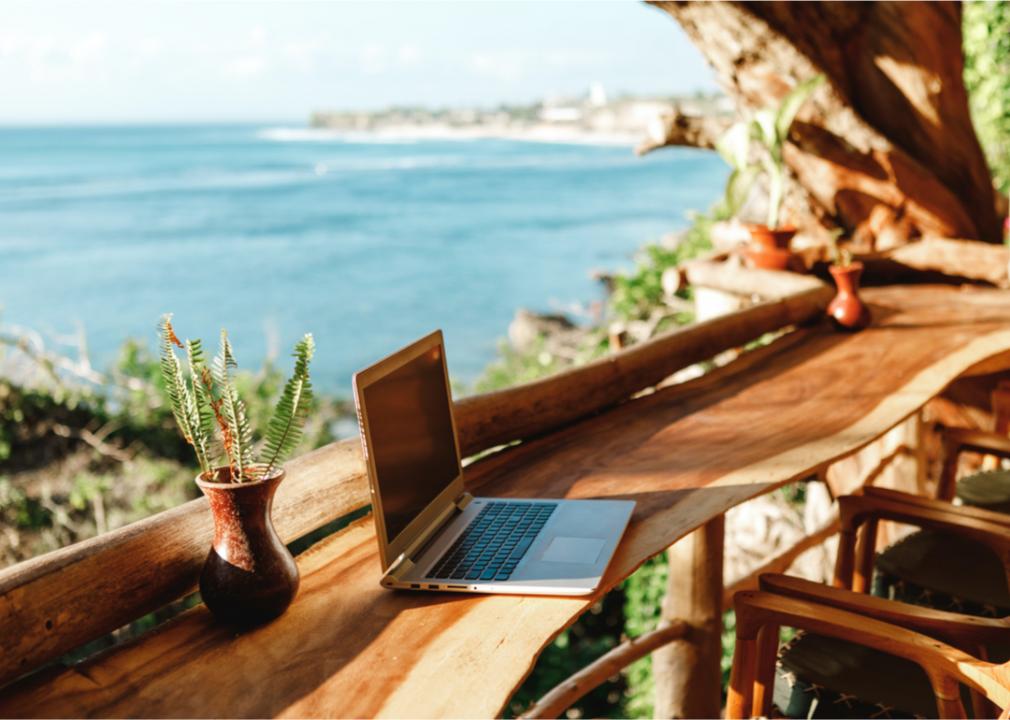 In 2012, Jack Morris was withering away in a job as a carpet cleaner. Acting on an impulse, he quit his job and set out to travel the world, chronicling his adventures on Instagram along the way. A few months later, he began earning money through brand sponsorships on his smaller, more niche accounts (at the time, he ran several focusing on everything from animals to cars), which allowed him to continue to travel. Now, his primary account, Do You Travel, has gained approximately 2.5 million followers. What’s more, Forbes named Morris on their Creator 25 list in 2020. 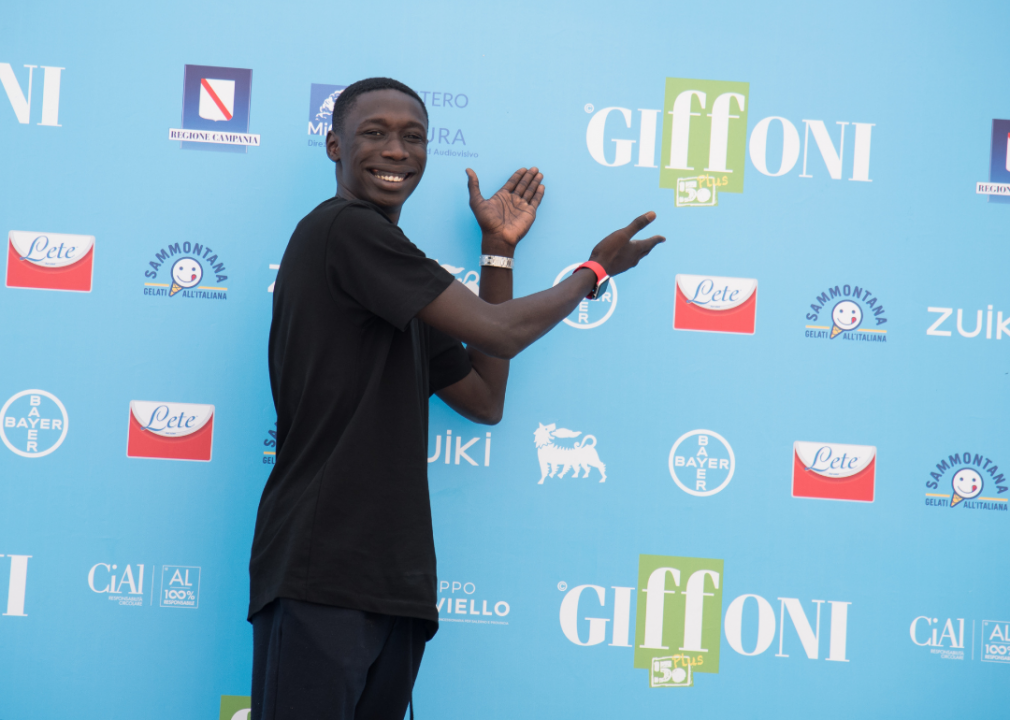 At the start of the pandemic, Khabane Lame lost his job at a factory in northern Italy. While searching for other work, the Senegalese immigrant downloaded TikTok on a whim, posting comedy and dancing clips as a way to keep himself occupied. But it was his wordless responses to over-the-top “life hack” videos that really struck a chord with viewers and helped him to amass a massive following. It seems fans resonated with the everyman quality of these videos, appreciating the fact that they weren’t overly produced or incredibly detailed. His growth has been entirely organic (though his willingness to Duet popular videos has certainly helped) and has led to 120 million followers on TikTok and 56.6 million Instagram followers. Now the second most-followed person on TikTok (behind Charli D’Amelio), it seems safe to assume Lame is no longer looking for factory work.

This story originally appeared on Net Influencer
and was produced and distributed in partnership with Stacker Studio.

Industries with the most new small businesses