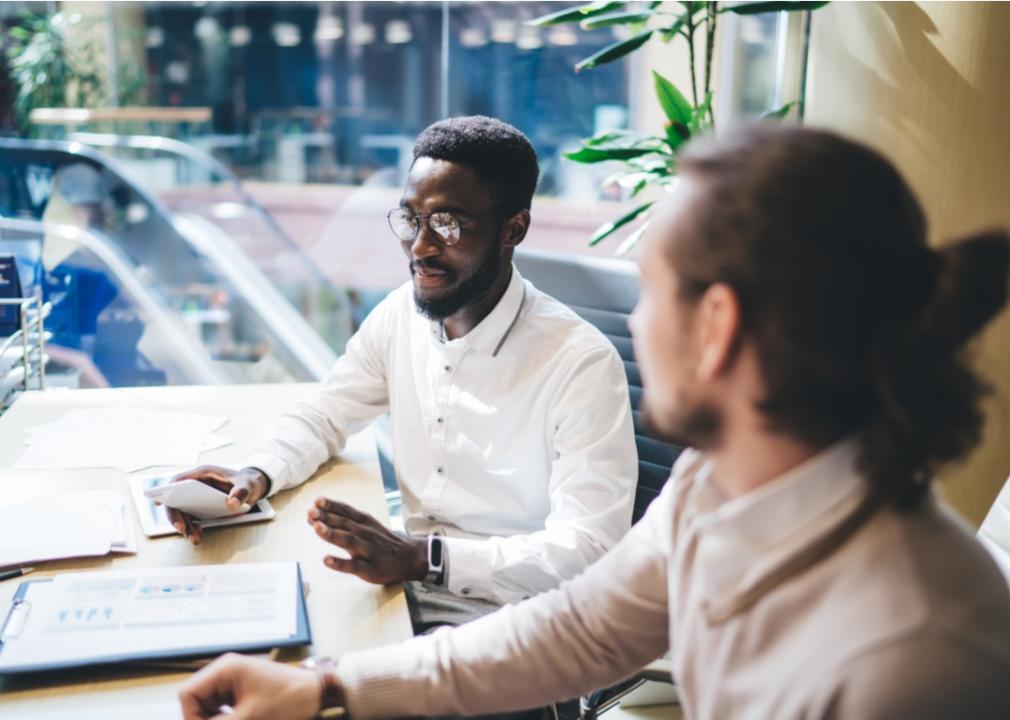 Accountants play a crucial role in helping businesses track income and expenditures and provide investors, management teams, and the government with financial information through reports and statements that can help make business decisions. Accountants also help to ensure that individuals, businesses, and organizations are able to file and pay taxes. Unlike accountants, who primarily provide specific details including reporting on day-to-day financial records, an auditor verifies what an accountant does by analyzing the financial statements. Auditors are usually employed by government and regulatory agencies such as the Internal Revenue Service (IRS).

To become an accountant requires educational training, with most accountants obtaining at least a bachelor’s degree. Various types of accounting roles—such as a financial analyst, forensic accountant, and certified public accountant (CPA)—also require passing various exams. Respectively, auditor positions usually require a degree in accounting, finance, or a related field. CPAs and chief financial officers are among the highest-paid accountants.

The accounting profession offers a fairly lucrative salary with promising employment prospects for those who are qualified. California, for instance, employs the most accountants in the nation, many of whom are top earners, especially in the technology space. The national average salary for accountants and auditors in 2020 was $73,560, but in which cities do accountants really get paid?

Testing.org analyzed data from occupational wage data from the Bureau of Labor Statistics to identify the metropolitan areas with the highest salaries for accountants and auditors. Metros are ranked by average salary. Read on to see if your metro made the list. 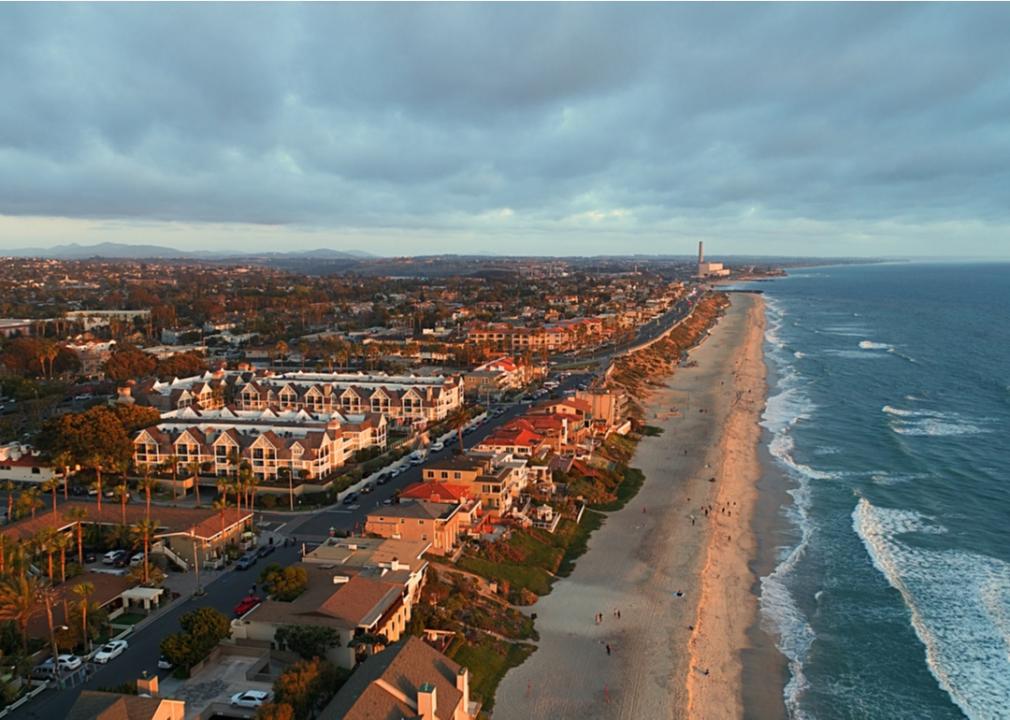 Carlsbad, an affluent coastal city located in the North County region of San Diego, ended the 2020-21 fiscal year with over $15 million in surplus due to spending less than anticipated. This gave the city a huge economic boost despite the challenges of the COVID-19 pandemic. The city’s revenues increased in seven out of 10 categories including sales tax and property tax. The average hourly wage per hour for accountants and auditors in the San Diego area is $43, compared to the national average of $39 per hour, according to the U.S. Bureau of Labor Statistics. 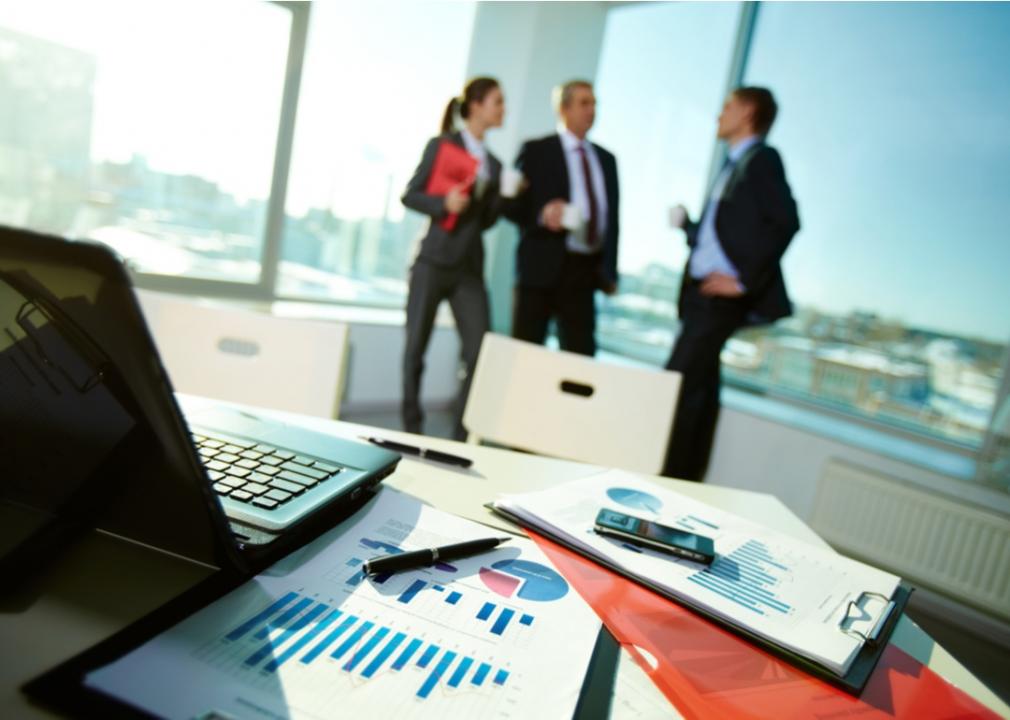 California-Lexington Park, Maryland, has a diversified economy, with a large military population, increasing technology and aerospace sectors, and, of course, financial opportunities. Maryland’s CPAs often work for top accounting firms with offices in the Washington, D.C., metro area. Some major firms include PricewaterhouseCoopers, located in McLean, Virginia, and KPMG, Deloitte, and Ernst & Young, where offices are located in the nation’s capital. The largest accounting firms include American Express Tax and Business Services and Clifton Gunderson. Forensic accountants command six-figure salaries on average in the area. The cost of living in California-Lexington Park, Maryland is higher than the national average. 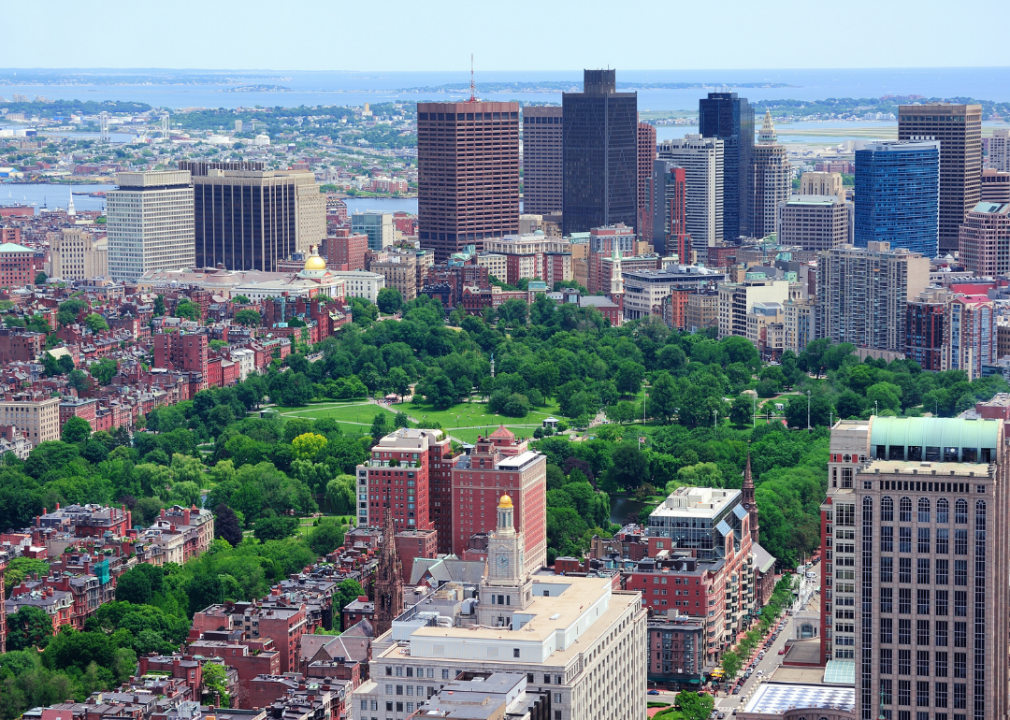 Boston’s booming economy has a wide range of industries in need of accountants, whether for educational institutions or entrepreneurs setting up shop. The finance industry overall has a strong presence in Massachusetts with 560 firms and 1,785 financial advisors, according to the U.S. News & World Report. Massachusetts startups had a lucrative year, raising a record-breaking $17.4 billion in venture capital within the first six months, surpassing the total amount last year. Massachusetts ranked third in the country for venture capital investments, behind California and New York. The average hourly wage for accountants and auditors in the Boston area was $43.60 in May 2020, compared to the national average of $39.26, according to the U.S. Bureau of Labor Statistics. 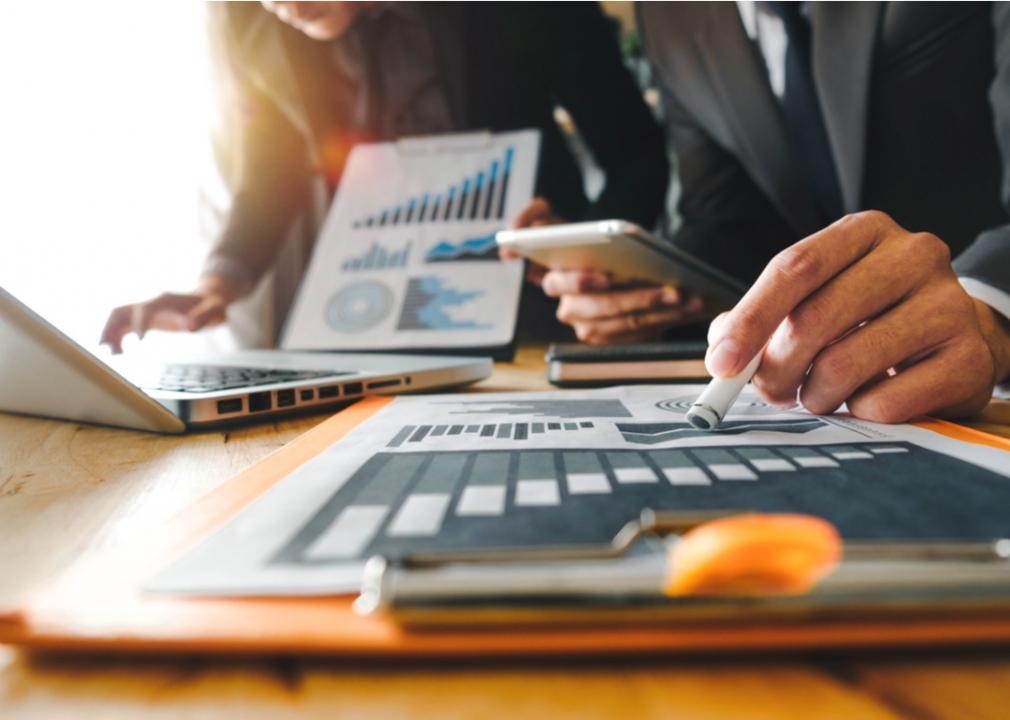 Santa Cruz has a growing hospitality and tourism sector, with 23% of jobs in the city correlated to hotels and restaurants. Technology and innovation also help to keep the city thriving for being close to other Bay Area tech companies. An accountant in the Santa Cruz area can expect to make a handsome salary with the national average ranging from $78,122 to $512,786. The cost of living, like many other Bay Area cities, is much higher than the nation’s average. 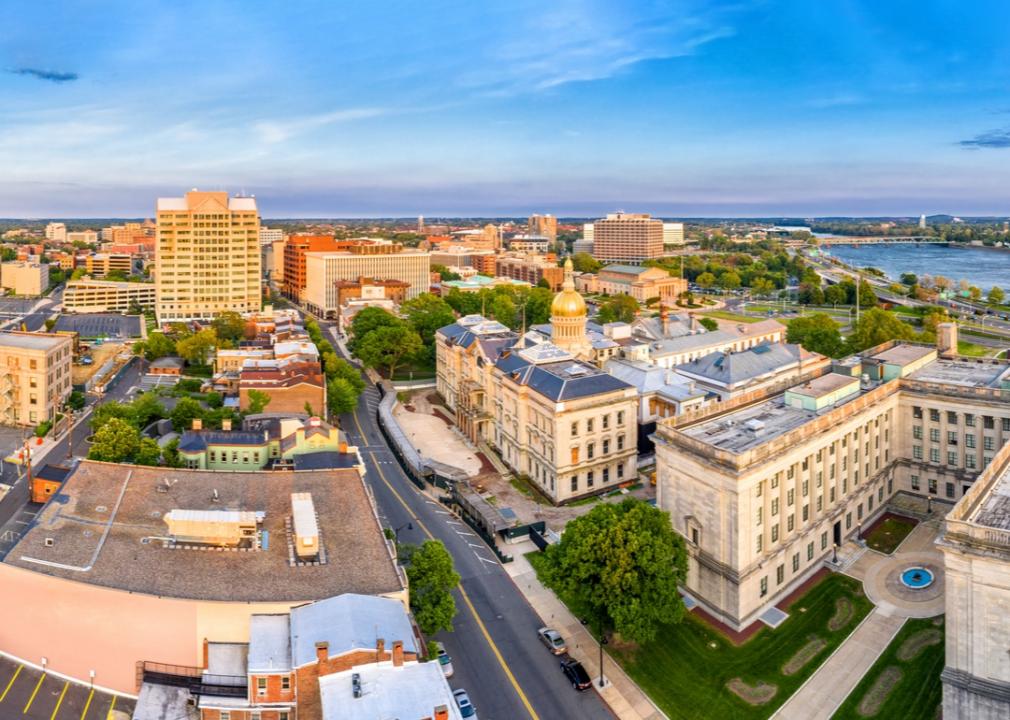 Trenton’s convenient proximity to New York City (especially Wall Street) and Philadelphia—in addition to being surrounded by multiple educational institutions—gives it a huge advantage, compared to other New Jersey cities. In August 2021, Trenton saw employment increases in sectors such as professional and business services, education and health services, leisure and hospitality, manufacturing, and construction. In recent years, New Jersey has attracted companies in the fintech (financial technology) space, a growing industry that utilizes technology to automate banking, credit, and investment services. Some roles in fintech include a blockchain developer, financial analyst, and fintech acceleration lead. As of October 2021, an annual senior financial analyst salary in Trenton ranges from $90,175 to $109,099. 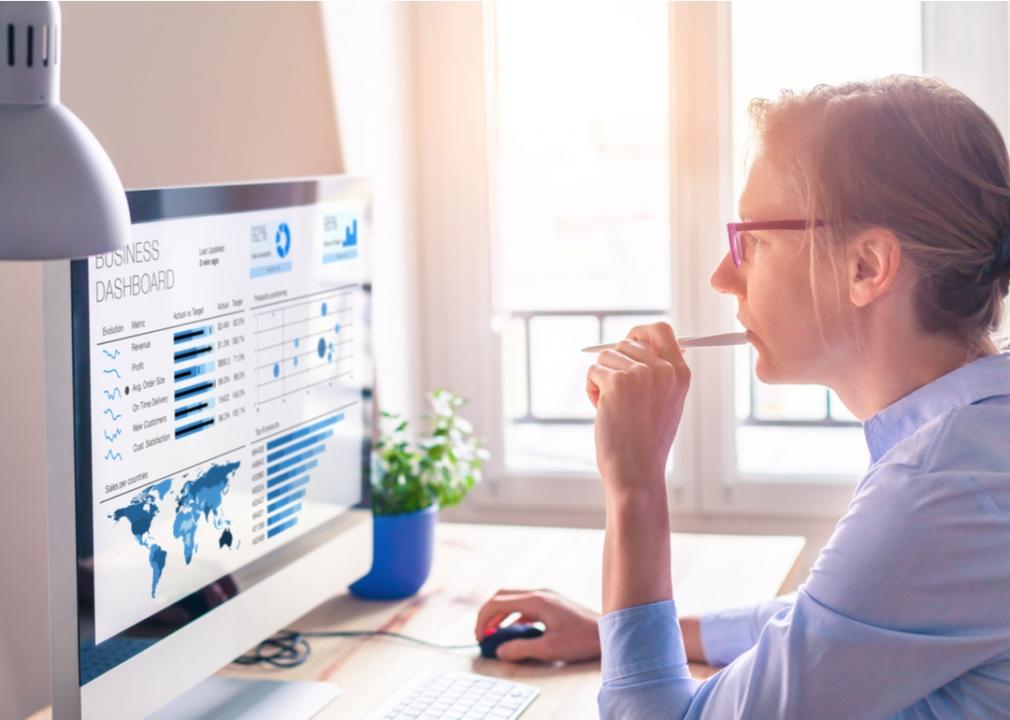 Santa Rosa is a city located in Sonoma County, just an hour’s drive from San Francisco. The city has a skilled workforce and a well-balanced economy ranging from technology and entrepreneurial businesses to banking and several accounting firms. As of August 2021, the unemployment rate was 5.2%, a drop from 15.4% in 2020 when the pandemic struck. Employers in the area hired 15,000 workers, according to labor market data. During the height of the pandemic, the accounting profession played a critical role in the area, with bank employees hard at work processing loans for their small business clients. As of October 2021, the salary range for accountants in Santa Clara was $64,622 to $78,147, with the cost of living being much higher than the nation’s average. 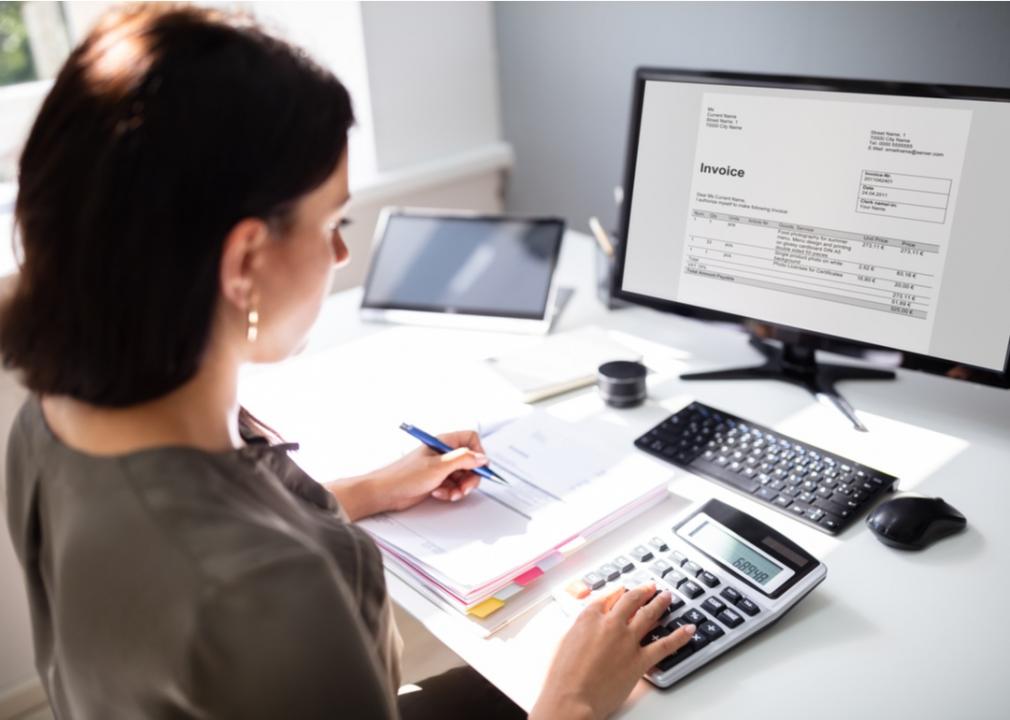 Lima, located in Allen County, might be under the radar compared to most other cities, but the town has a historical impact and was at one point a large oil producer in the country. Lima has recently been recognized for its growth of businesses, ranking fourth in the nation for economic development. In 2020, Ohio overall brought more corporate facility projects per capita than any other state in the country. Additionally, 534 jobs were retained and over 200 jobs were created, placing Lima as an ideal city to do business. Lima’s cost of living is cheaper than the national average, which would be highly beneficial for accountants in the area. As of October 2021, a senior financial analyst’s salary in Lima can average between $81,470 to $98,568. 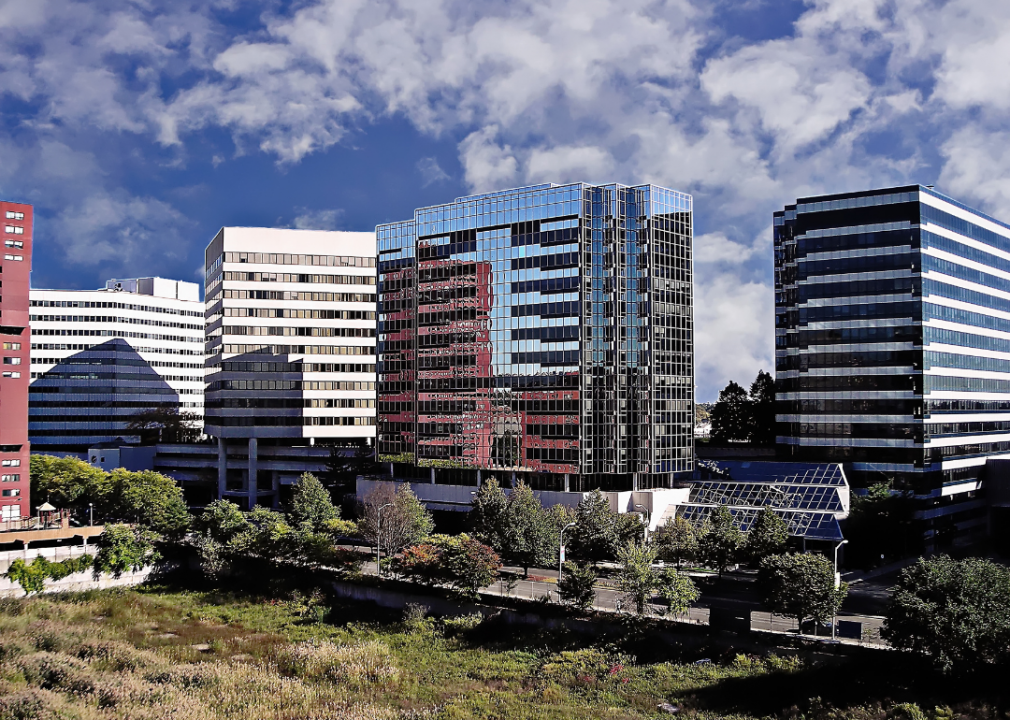 Stamford, Connecticut’s second-largest city, has grown by 10.5% over the last 10 years, according to the most recent Census data. Additionally, Stamford saw $18 million in surplus for its 2020-21 fiscal year due to the year’s property tax levy being collected at a 97.5% rate, compared to the anticipated 93.9%, and the city outperforming budgetary predictions. Stamford’s solid number of Fortune 500 companies with corporate headquarters, proximity to New York City (another high-paying metro area), expanding tech startup community, a strong healthcare system, and low employment rate make the city a viable candidate for accountants to consider. As of October 2021, the average salary of a CPA in Stamford ranges between $80,823 to $530,516. The cost of living in Stamford exceeds the nation’s average at 118.5%. 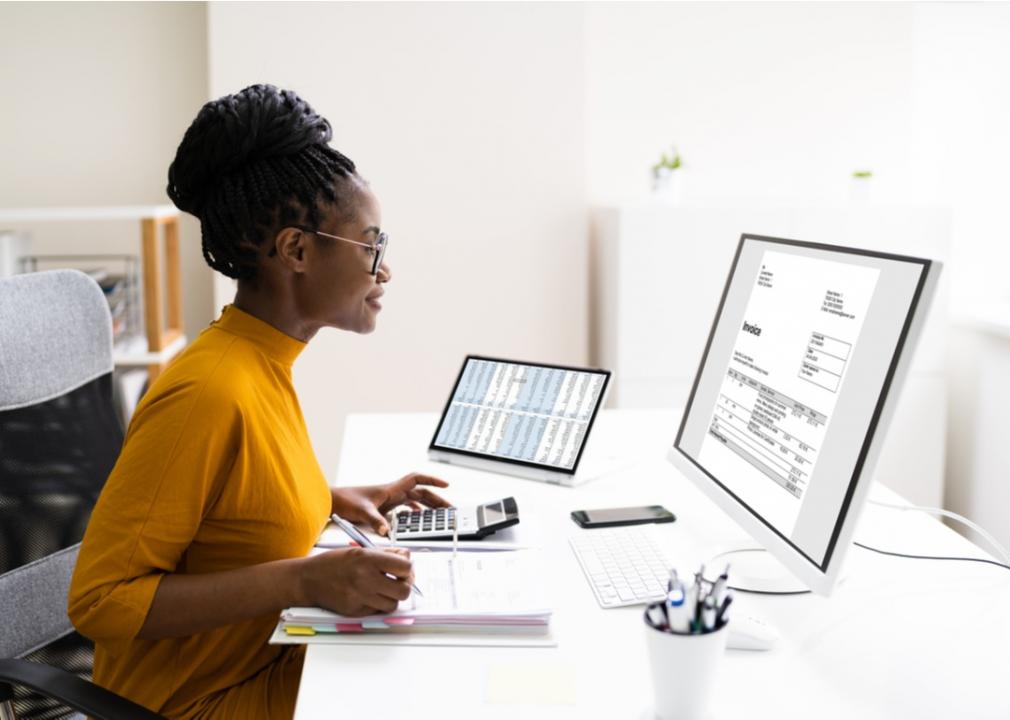 Midland may be a small town but it’s considered the pulse of Michigan’s technology basin, with two Fortune 500 companies: The Dow Chemical Company, one of the leading suppliers of chemicals, plastics, and agricultural products, and Dow Corning Corporation. In recent years, Midland has experienced solid economic growth, spurring more job opportunities and higher-paying career trajectories. As of October 2021, accountants in the area can earn a salary ranging from $65,487 to $429,849 and not worry too much about expenses as the cost of living in Midland is way below the national average. 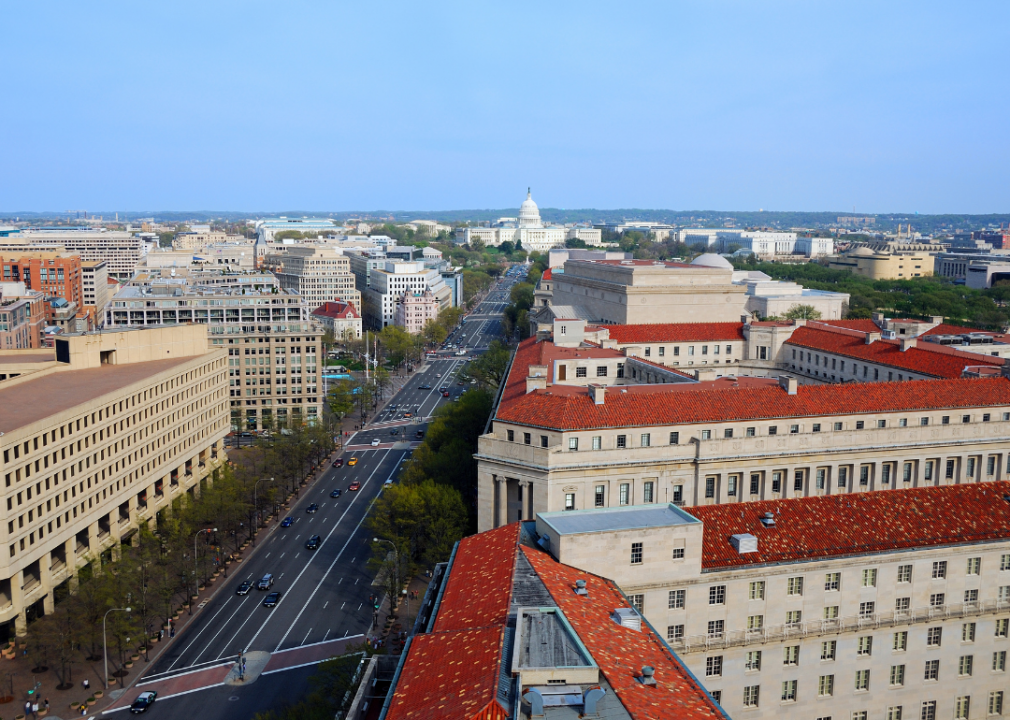 Washington, D.C., boasts one of the lowest unemployment rates in the nation, with unemployment being 6.7% as of July 2021. The nation’s capital may be known for its government sector being a large part of businesses. But accountants in the area, especially forensic accountants, are in high demand as well, raking in an average of $81,589. As of October 2021, the average staff accountant salary in Washington, D.C., ranges from $57,825 to $69,887, and a financial analyst salary in Washington, D.C., ranges from $61,095 to $74,137. Respectively, financial controller salaries in Washington, D.C., range from $210,847 to $294,270. The cost of living in the area is 39% higher than the nation’s average, which may be challenging for CPAs just starting out. Similar to other industries, building up some experience in the field will allow more affordability over time. 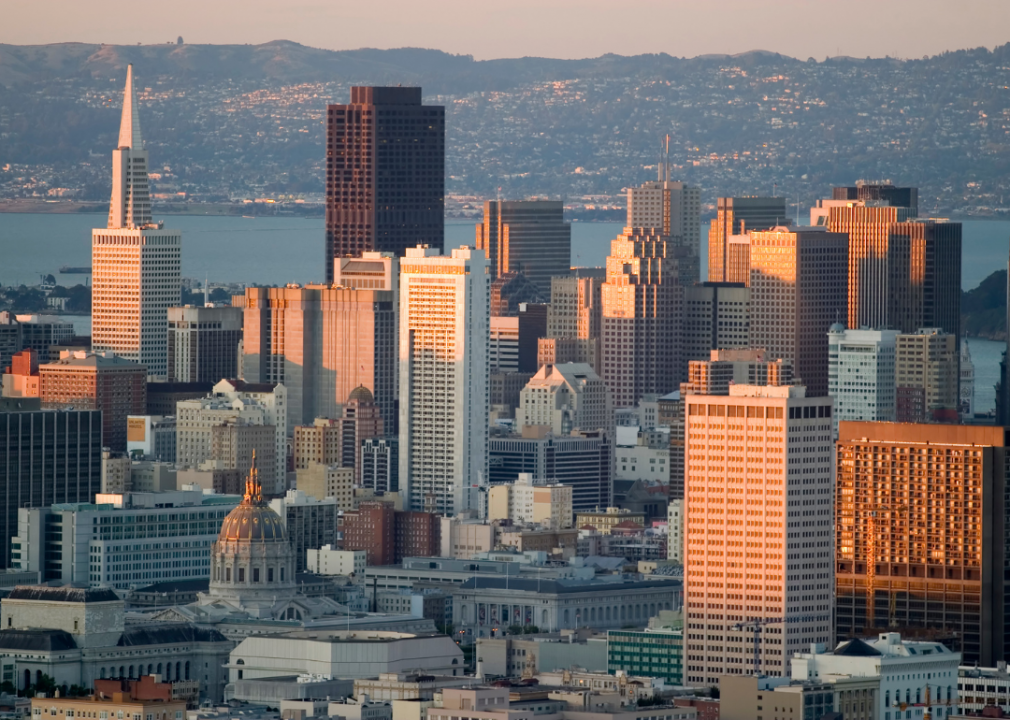 San Francisco’s regional significance has often landed the city on lists as an economic powerhouse. The financial district’s Market Street, located in the downtown area, is home to corporate giants such as Wells Fargo, Bank of America, and a slew of tech startups. San Francisco’s top industries include tourism, innovative technology, and financial services where CPAs on average command a salary slightly higher than $90,000. The unemployment rate dropped to 4.6% from 4.8% in 2020. According to the U.S. Bureau of Labor Statistics, October 2021 saw an increase in employment from the 312,000 positions added in September.

San Jose is the 10th-largest city in the country, surrounded by hills in Silicon Valley, a major technology hub in California’s Bay area. Its neighboring schools—such as the University of California, Berkeley, and Stanford University—produce thousands of engineering and computer graduates annually, adding to the local economy’s renowned affluence and innovation. The average salary for a CPA in San Jose is $89,671 per year as of August 2021, which is far above the national average of $70,000. San Jose’s cost of living is 114.5% higher than the country’s average, while Sunnyvale’s cost of living is 200.1% higher, and Santa Clara’s cost of living is 150% higher. It helps to have accounting expertise, particularly in the tech space in these cities. Over the years, San Jose has transformed into a tech powerhouse with few other industries existing in the area. 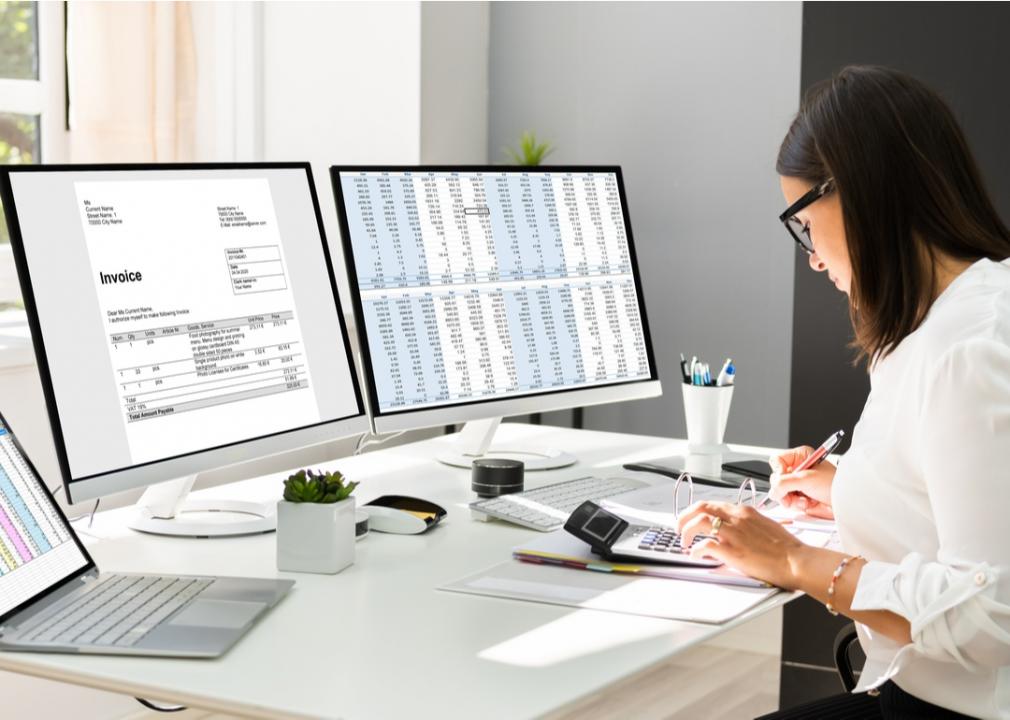 Midland, the West Texas city located halfway between El Paso and Fort Worth, is the business headquarters for the Permian Basin, the largest natural gas and oil-producing region in the country. Midland’s residents have fared well with the city’s booming economy, ranking in the top three over the years for having the highest personal income in the country. There are 54% more accounting jobs per capita in Midland, which is more than in other cities in the country. Accounting professionals earn an above-average salary, and Midland’s cost of living is lower than the nation’s average. 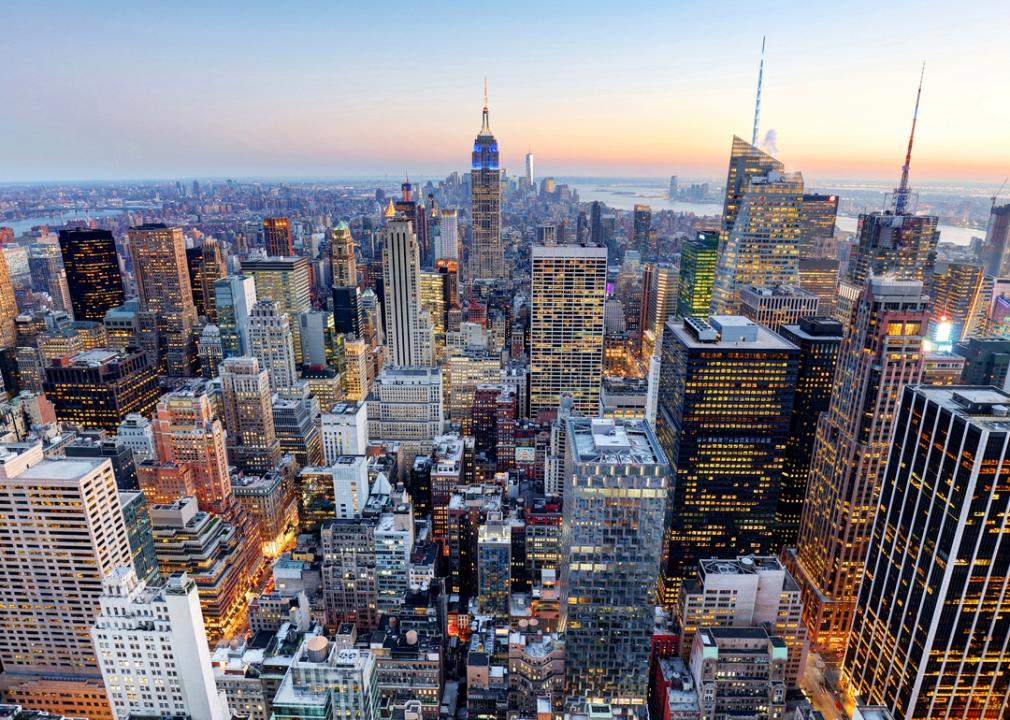 New York, the largest metro area in the U.S., has long been considered the financial center of the world, with Manhattan housing the New York Stock Exchange, banking institutions, and heavyweight financial firms. As of May 2020, accountants and auditors in New York make an average of $48.77 per hour, according to the U.S. Bureau of Labor Statistics. In the first half of 2021, New York raked in $20.9 billion in venture capital investment. 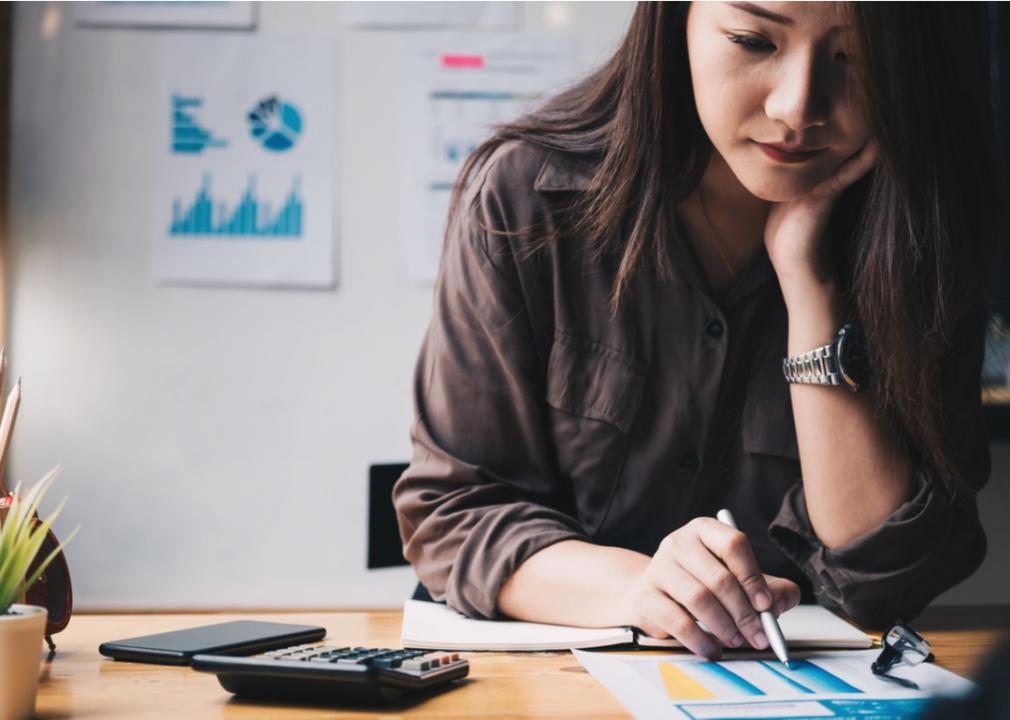 Salinas, located just an hour from Silicon Valley, is quickly transforming into a global hub for agriculture and technology. Salinas Valley has an estimated economic impact of more than $8 billion per year, serving as the processing center of the region’s produce. Companies in Salina are using technology to solve world challenges regarding food production and sustainability. The city has a wide range of businesses from larger companies to small businesses and entrepreneurs. Accountants have tons of opportunities to tap into the agriculture and technology space. As of October 2021, CPA salaries in Salinas range from $77,816 to $510,776.

From equine to play: 10 nontraditional therapies