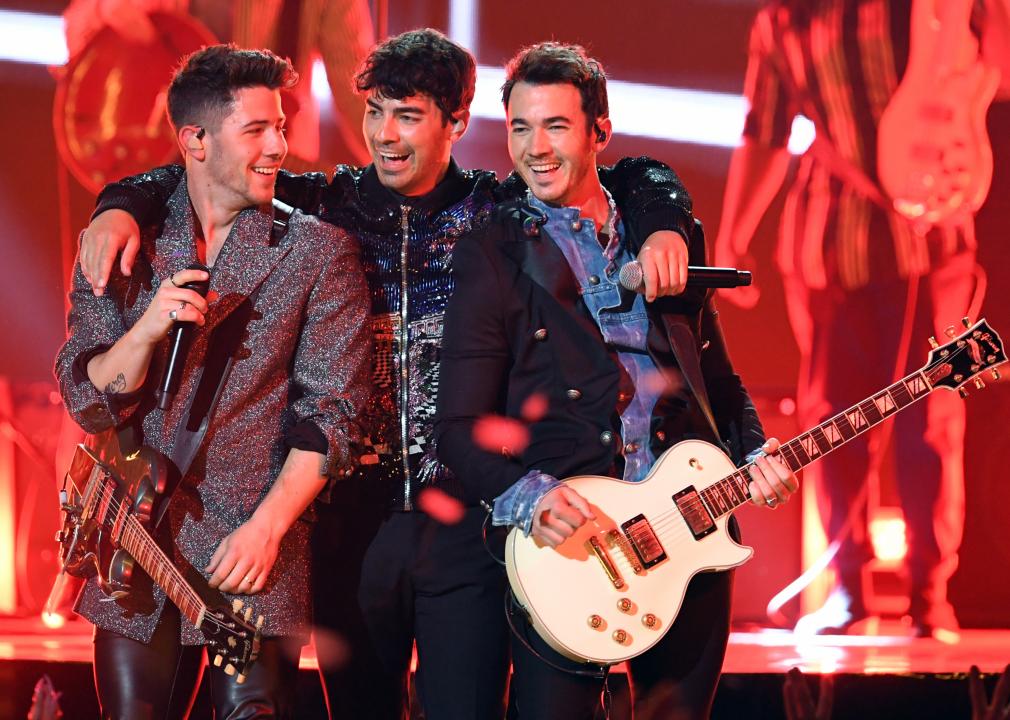 They come together, rock the world, break up or take a break, and then, if fans are lucky, they reunite. In the era of coronavirus, more bands than ever are coming back together. Is it nostalgia and a longing for the good old days, or do these groups simply want to perform again? Though some bands have had to push tour dates out to 2022, their fans are just happy to be able to see them back on stage eventually.

To honor the reconvening of some of the greatest groups in music, Stacker examined entertainment and music sources to compile a list of 10 iconic bands that have reunited in the past five years.

From the group who couldn’t get past their sibling rivalry to the one that had its drummer step up as lead singer, these bands made amazing music both then and now. Separated for years or decades, they’re back and better than ever, boasting original members, family members, new records, and upcoming tour dates.

Turn up that radio and see if your favorite band has reunited and where you can see them next. 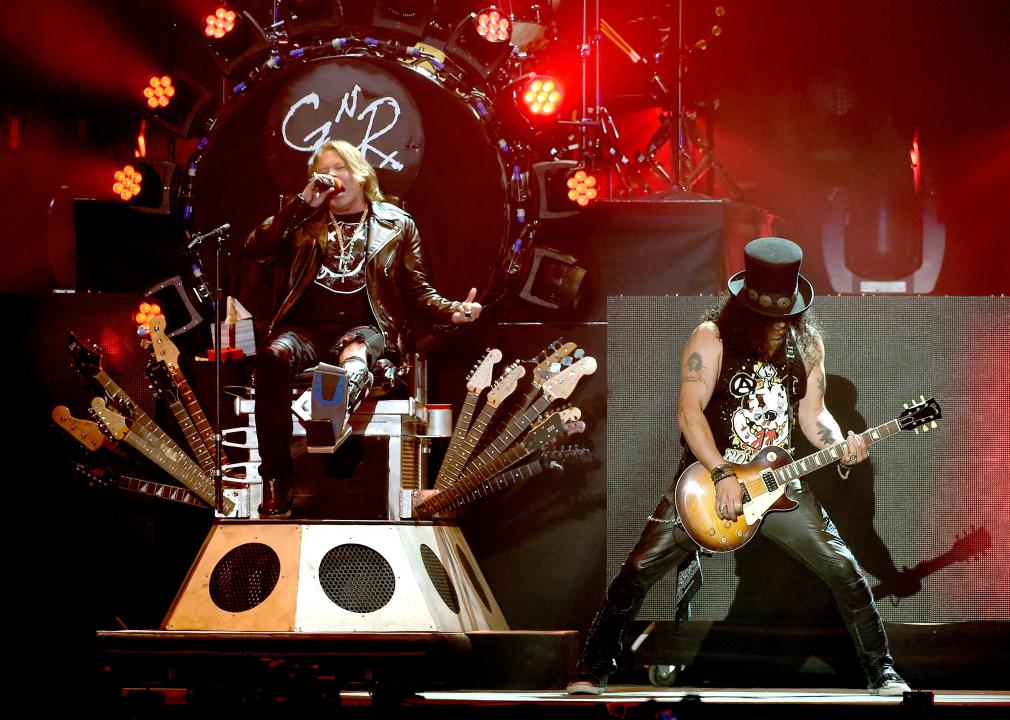 Guns N’ Roses signed with Geffen Records in 1986, and in 1987 they released their first album, “Appetite for Destruction,” to both critical and commercial acclaim. Lead guitarist Slash left the band in 1996 after reports of artistic differences between himself and frontman Axl Rose. In his 2007 autobiography, Slash wrote about Rose’s dictatorial control and admitted it was at least part of the reason he left. In 2016, Axl, Slash, and bassist Duff McKagan reunited in a surprise performance at the Troubadour and headlined Coachella as part of their “Not in This Lifetime…” tour. While not all the band’s original members have returned, Guns N’ Roses continue to tour and will release a new EP, “Hard Skool,” in February 2022. 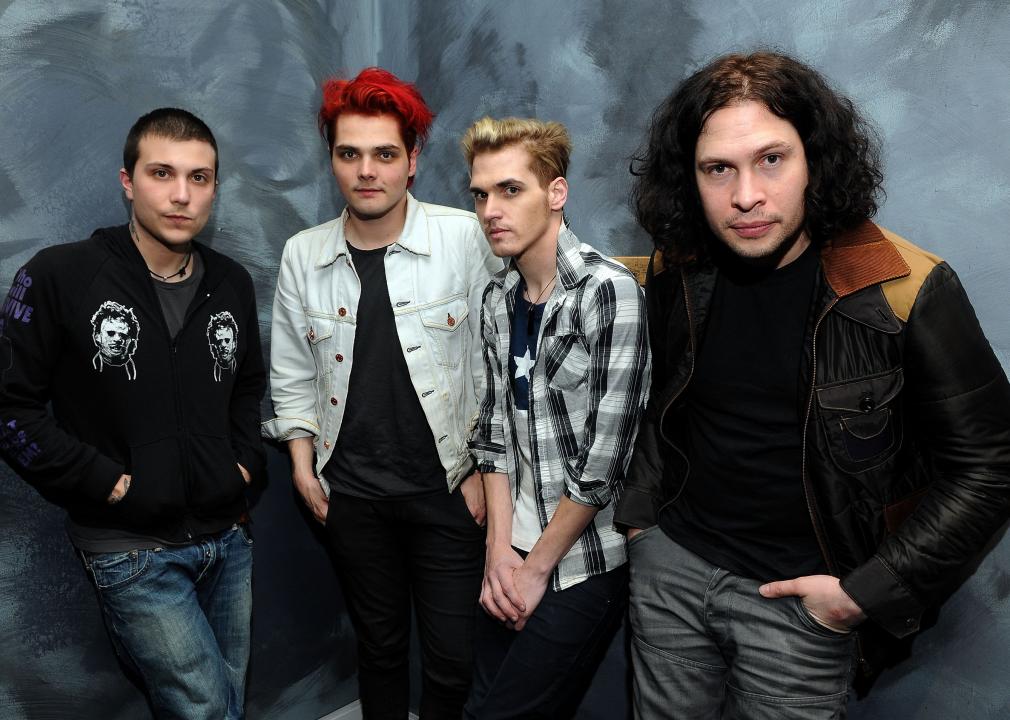 Emo rock took off in the mid-2000s, and no band embraced the genre more than My Chemical Romance. Album’s like 2006’s “The Black Parade” and 2010’s “Danger Days: The True Lives of the Fabulous Killjoys” garnered the band a loyal fan base. While recording a new album in 2013, the band parted ways with enigmatic frontman Gerard Way, citing multiple disagreements. The group’s members went on to work on varying solo ventures, with Way’s graphic novel “Umbrella Academy” becoming a streaming series on Netflix. Though the group didn’t announce a reunion show until 2019, they revealed they’d been working together since 2017. The reunion tour has been delayed due to the COVID-19 pandemic, but the band has several 2022 dates set. Smashing Pumpkins had four consecutive platinum albums, including 1993’s “Siamese Dream,” before their farewell performance on Dec. 2, 2002. Frontman Billy Corgan blamed guitarist James Iha for the alt-rock band’s dissolution, telling Spin magazine, “at some point, he developed this real unhappiness with me.” Iha denied playing any part, and he and Corgan eventually made peace in 2015. In 2018, the group’s original members—Corgan, Iha, and drummer Jimmy Chamberlin, minus bassist D’Arcy Wretzky—reunited, and their double album “CYR” dropped on Nov. 27, 2020. 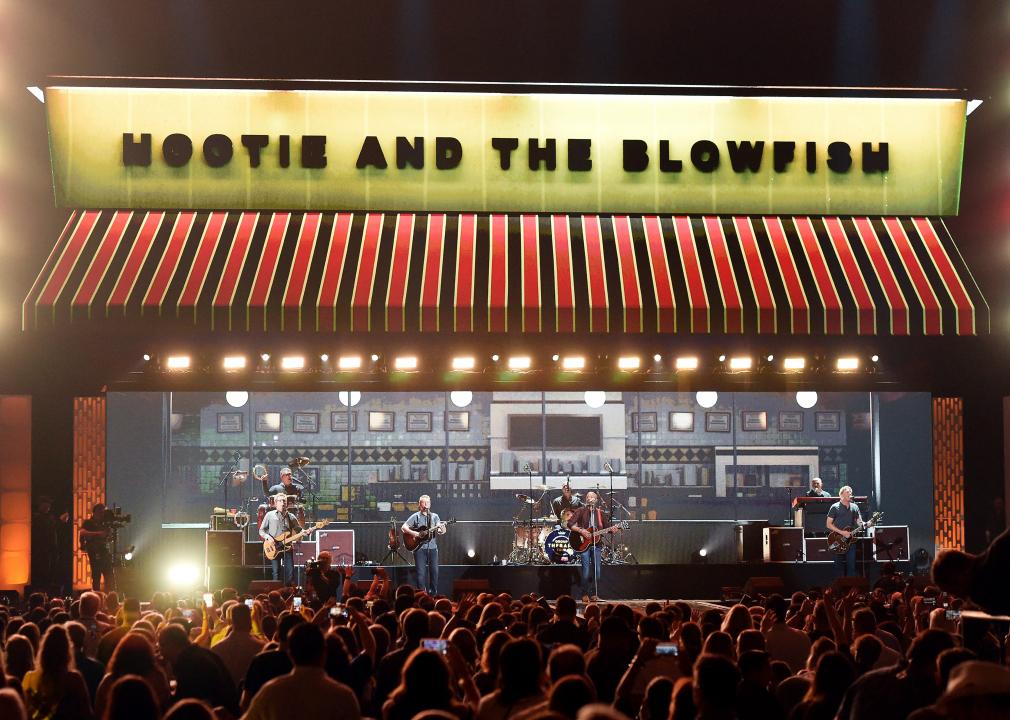 Hootie & the Blowfish blew up with the 1994 release of “Cracked Rear View,” their first studio album, which featured “Only Wanna Be With You” and “Hold My Hand” and remains one of the best-selling albums of all time. The rock band formed in 1986 at the University of South Carolina, but it broke up in 2008 so lead singer Darius Rucker could pursue a solo career as a country music singer. Rucker was successful but still returned to his fellow Blowfish in 2019. They released “Imperfect Circle,” their first album in over a decade, and went on tour. In the summer of 2021, the group announced HootieFest: The Big Splash, which will take place over four days in January 2022 and feature fellow bands like Toad the Wet Sprocket, Barenaked Ladies, and Better Than Ezra. This one-time boy band had a built-in tween fan base from their time on the Disney Channel. The group managed to cross over into the mainstream with hits like “Burnin’ Up.” 2009’s “Lines, Vines, and Trying Times” was followed by a brief hiatus, then a half-finished album that was abandoned in 2013 due to creative differences. In 2019, the brothers reunited with their first chart-topping hit, “Sucker,” from their fifth studio album, “Happiness Begins.” The album was accompanied by a documentary, “Chasing Happiness,” and a world tour.

You may also like: Most famous musician born the same year as you 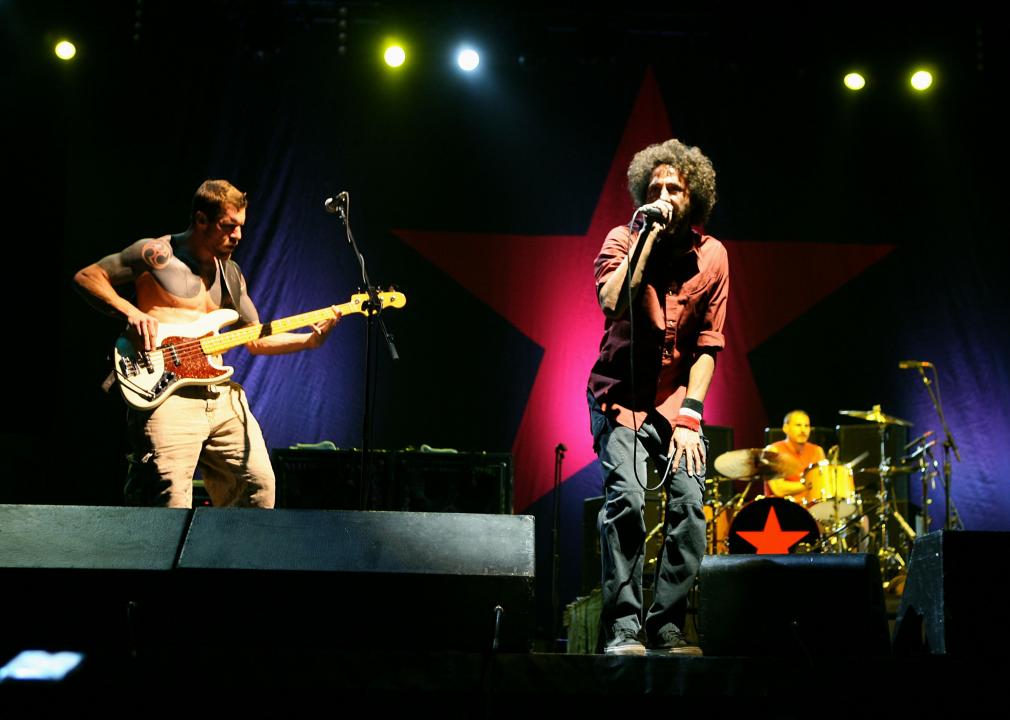 Rage Against The Machine

Rage Against The Machine created three albums together before their lead singer, Zack de la Rocha, departed the rap-rock group in 2000. The band could never quite agree on a shared vision, and they felt divided by both their political views and personal lives. Many fans believe that de la Rocha’s decision to leave was spurred by an incident at the 2000 MTV Video Music Awards that saw bassist Tim Commerford climbing a palm tree. The band reunited for a bit in 2007 but went their separate ways again. In November 2019, Rage announced a reunion tour scheduled for 2020, but it has been pushed out to 2022 due to the COVID-19 pandemic. 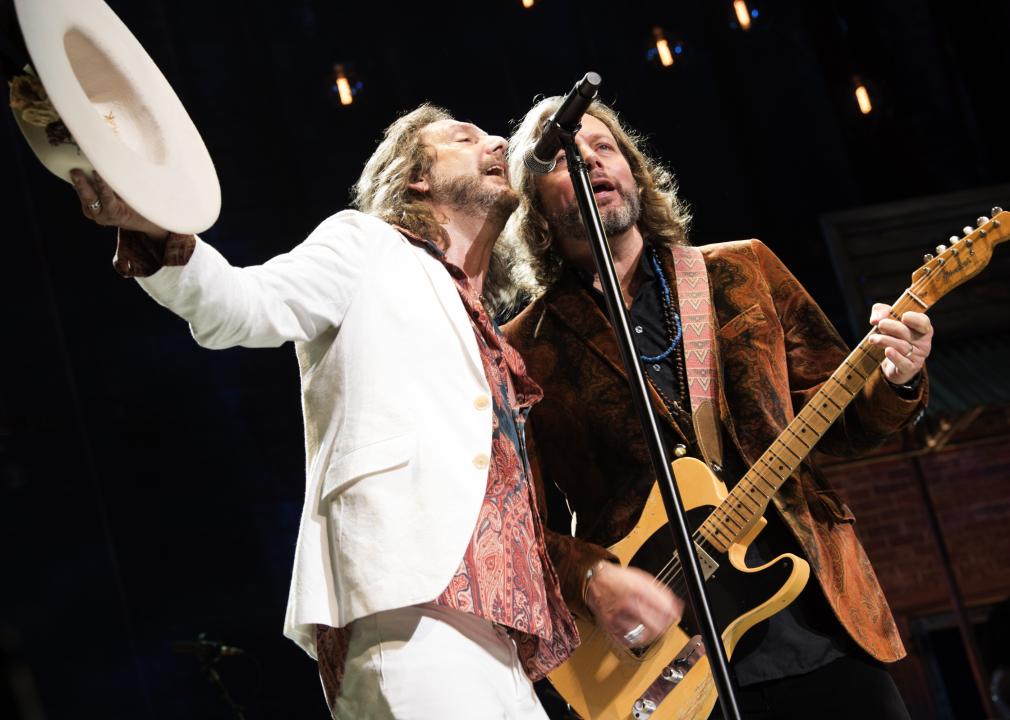 Brothers Chris and Rich Robinson formed The Black Crowes in 1984 in Marietta, Georgia. “Shake Your Money Maker” debuted in 1990 and reached #4 on the Billboard 200 Album Chart. They went on to release eight studio albums and several live albums before going their separate ways in 2015. The brothers were notorious for their constant fights and unending sibling rivalry, but they made amends in 2020, reuniting for the 30th anniversary of “Shake Your Money Maker.” The pandemic put a dent in their tour plans, but the band was back on the road from June to November 2021. “Shake Your Money Maker” even made its way back onto the Billboard chart. 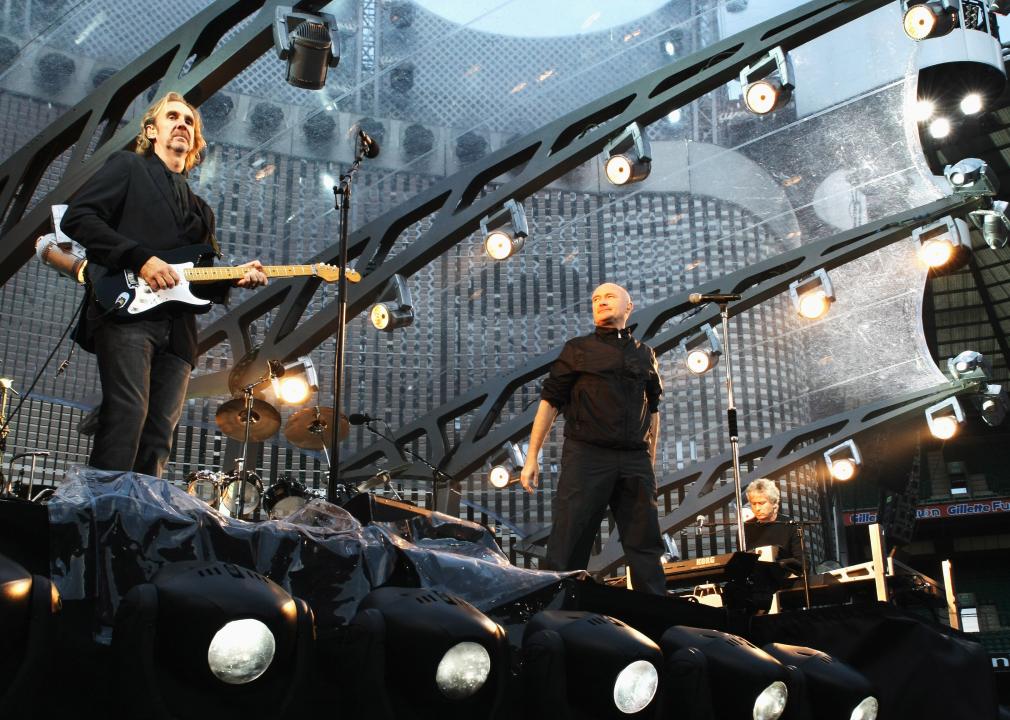 Genesis was formed in England in 1967, and the original lineup featured Peter Gabriel, Tony Banks, Chris Stewart, Anthony Phillips, and Mike Rutherford. In 1975, Phil Collins, the drummer, stepped up to replace Gabriel after he bowed out to explore other opportunities. Genesis became one of the biggest bands of the 1980s with five Grammy nominations and one win for Best Concept Music Video for their 1986 song “Land of Confusion.” Collins left the band in 1996, and they reunited once in 2007 for their “Turn It On Again” tour. In 2020, Tony Banks, Phil Collins, and Mike Rutherford announced a new tour with Collins’s son, Nicholas, taking over drums for his father. The elder Collins has suffered nerve damage that leaves him unable to play for extended periods. The tour was postponed due to the pandemic but kicked off in late 2021, with both new and postponed shows extending into 2022. 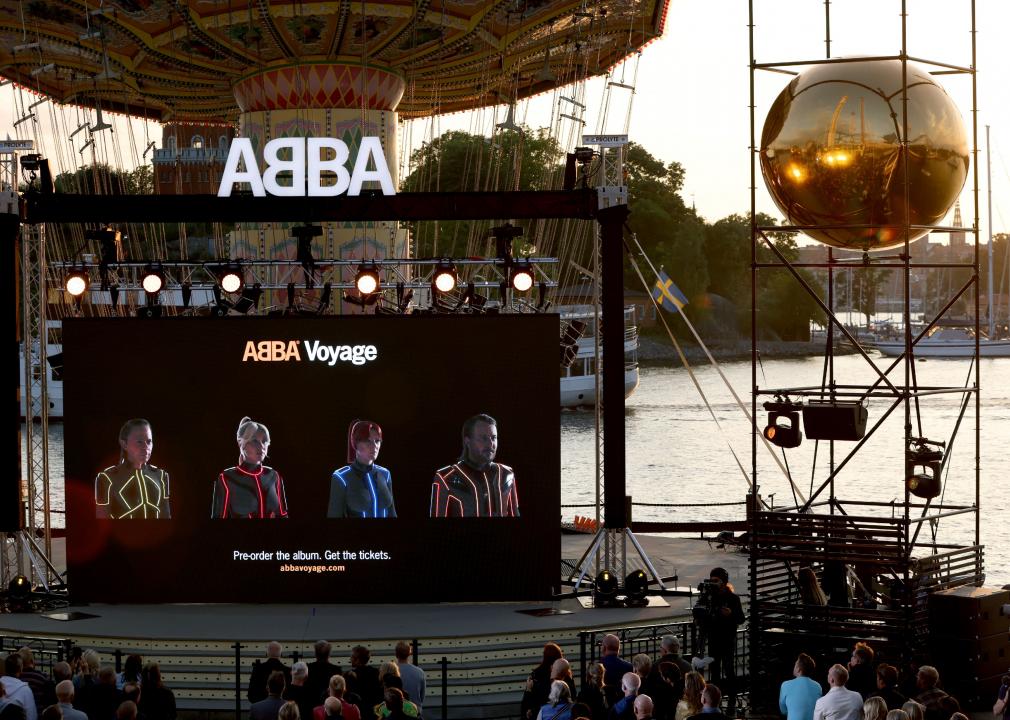 After a 40-year hiatus, ABBA released a new album, “Voyage,” on Nov. 5, 2021. Agnetha Fältskog, Björn Ulvaeus, Benny Andersson, and Anni-Frid Lyngstad got together to form ABBA in Stockholm in 1972. After winning Eurovision in 1974, the Swedish pop group put out a string of hits, including “Dancing Queen” and “Mamma Mia.” While they never officially broke up, the band took an extended break due in part to the divorces of Björn and Agnetha in 1979 and Benny and Frida in 1981. The album is not the only new creative endeavor for the group, which also has a motion capture project in the works. The “digital concert experience” debuts in May 2022 and will feature ABBA avatars performing with a live 10-piece band. 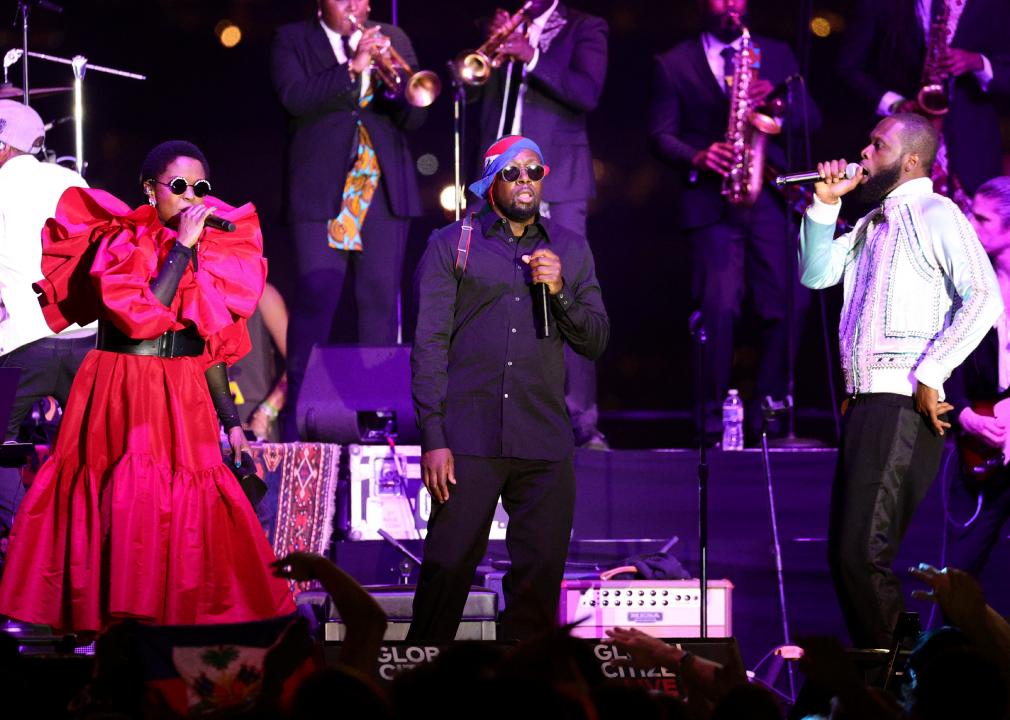 Even though the Fugees have postponed their reunion tour until 2022, hip-hop fans are just grateful they are getting back together. A reunion seemed unlikely after the band broke up for the final time in the mid-2000s following Wyclef Jean and Lauryn Hill’s fallout over money and paternity. In 2007, Fugees member Pras Michel told All Hip Hop, “Before I work with Lauryn Hill again, you will have a better chance of seeing Osama Bin Laden and [George W.] Bush in Starbucks having a latte, discussing foreign policies.” Almost 15 years after their last performance, the group got back together in September 2020 for a charity festival and decided to stay together for a 25th Anniversary tour.

You may also like: Can you answer these real ‘Jeopardy!’ questions about music?

181 rural hospitals have closed since 2005—see the states…