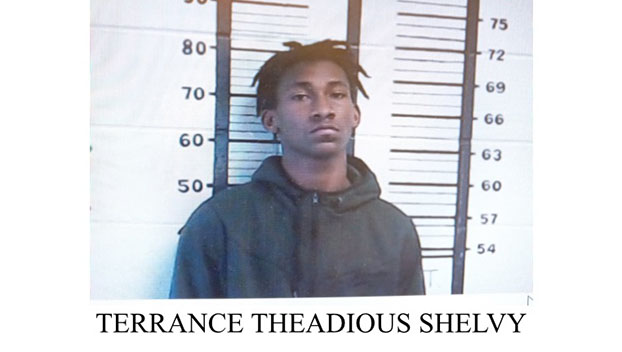 A Mississippi teen charged with murder in January was arrested Tuesday for armed robbery.

Jefferson County Sheriff James Bailey said a warrant for the arrest of Terrance Shelvy, 18, was issued by Fayette Police Department in connection with a Saturday robbery of an Exxon service station in Fayette.

A news release from JCSO states a victim of the robbery identified Shelvy as the person who robbed him at gunpoint while he was bonded out of jail for a murder charge in Natchez.

Shelvy was arrested by Natchez police in January for the shooting and killing of Mikel Chatman, 31. Shelvy had been allegedly fighting with another juvenile and Chatman was shot while attempting to break up the fight, law officials said.

Shelvy was 17 years old at the time and charged with murder as an adult.

Bailey said the sheriff’s office and police department arrested him at the Martin Luther King Jr. apartments in Fayette on Tuesday night.

According to the release, Shelvy was stopped driving a black Nissan Altima through the apartment complex and was arrested without incident.

An investigation of the armed robbery is still ongoing and more arrests are pending, the release states.