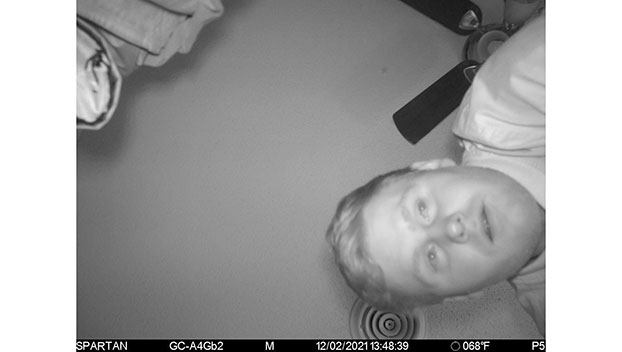 Officials say a burglary suspect accidentally took his picture with a game camera he stole from a North Mississippi house, which was sent to the owner.

Crime Stoppers of North East Mississippi and the Tupelo Police Department are asking for the public’s help in identifying and locating the suspect.

The image taken from a stolen Spartan Cell Game Camera was posted on the Crime Stoppers of North East Mississippi social media page.

Officials say the person is responsible for burglarizing a home and several vehicles in Tupelo.