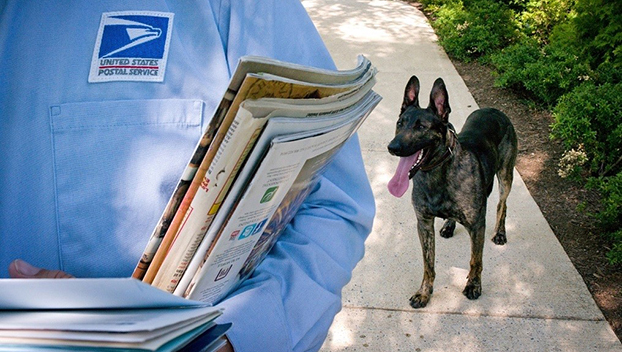 In one Mississippi city, dog owners who allow their animals to harass or prevent meter readers or postal workers from doing their jobs could find themselves bailing their dog out of the city animal control shelter and being charged with a misdemeanor under a new city ordinance.

The Vicksburg Board of Mayor and Aldermen on Monday approved the ordinance, which requires dog owners to keep their animals from interfering with or preventing a meter reader or postal employee from doing their job or getting access to a utility meter, utility pole or mailbox.

The ordinance becomes effective 30 days after it is published.

“They’ve had several instances where animals appeared to be vicious or were tied around a utility pole, meter box or mailbox and the workers can’t get to where they need to get to and have to call animal control to come out and restrain the animal so they can do the work,” Thomas said.

Besides paying a fee to get their dog back, pet owners could face fines and court costs if they violate the ordinance.

Assistant Public Works Director Dane Lovell said the situation with animals harassing and preventing utility workers from doing their jobs has been going on for a while. So far, he said, no one had been bitten.

“It seems to be getting a little bit worse,” he said. “We’ve had animal control come hold the animals so we can do what we have to do and then release them to the customer. This is just to get the customer to stay in line to do our job, because if they tie an aggressive dog to a gas meter, you can’t get to it. It’s getting to where we’re starting to call animal control a little bit more. It’s time-consuming.”

Vicksburg Animal Control Director Kacie Lindsey, who prepared the ordinance, said animal control officers have had to go out “to quite a few homes” to restrain an animal either chained to a utility meter or chained to where it can get to the meter to help utility employees so they could read a meter or cutoff utilities.

Before the new ordinance, she said, there was no ordinance that allowed animal control officers to impound a dog in such cases.