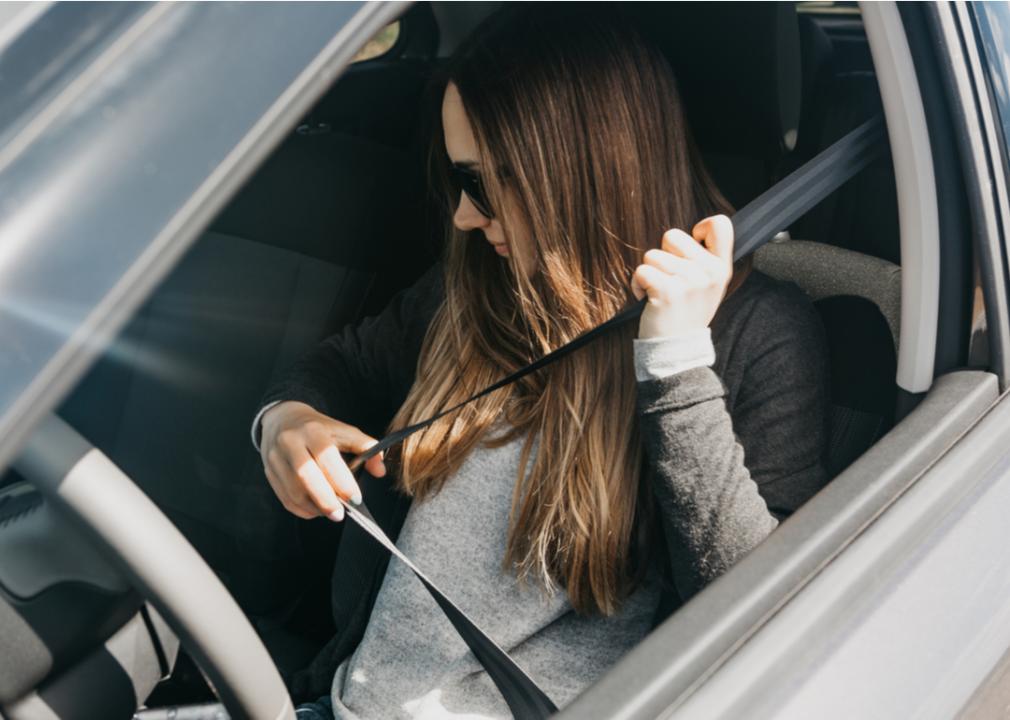 According to the Insurance Institute of Highway Safety, 36,096 people died in motor vehicle crashes due to a variety of causes in 2019, including alcohol, speeding, problematic driving behaviors, and lack of safety belt use. The National Safety Council estimates that seat belts have saved 374,276 lives since 1975. Research supports this and several studies have found, “The seat belt is the single most effective feature in a vehicle to reduce the severity of injury to the vehicle occupants that results from road traffic crashes.”

While not everyone uses safety belts, they have been around since the 19th century. Many streetcars were outfitted with lap belts in the 1930s, though they offered little protection for torsos and heads. Nash Motors, out of Wisconsin, began offering seat belts in 1949, and Wisconsin became the first state to require safety belts in front seats in 1961 for all car models from 1962 on, though this law did not make it mandatory for occupants to wear them. The three-point seat belt, most often used today, was devised by Volvo engineer Nils Bohlin in 1959, and such seat belts were mandatorily placed in all new U.S. vehicles beginning in 1968. New York became the first state to require mandatory seat belt use, though only in front seats. Those who didn’t comply could be fined $50.

The seat belt journey has not been an easy one though, and even with mounting science-based evidence of their ability to save lives, some people continue to refuse to use them. Reasons for lack of use range from device failure to personal choice.

While seat belt usage varies from state to state, at the national level, 90.7% of people wear seat belts. Seat belt laws are either primary or secondary. With primary seat belt laws, police officers can ticket an unbelted driver or passenger regardless of whether they’ve committed another traffic offense. When it comes to secondary seat belt laws, law enforcement may only issue a ticket to an unbelted driver or passenger if they are committing another citable traffic offense.

Seat belt laws are also variable across the country. Currently, New Hampshire is the only state in the nation that does not have a law that requires adult drivers and front-seat passengers to wear seat belts, though anyone under 18 must use a seat belt.

Citing data from the National Highway Traffic Safety Administration, Uplift Legal Funding identified the states with the lowest seat belt use rates. Due to the impact of the coronavirus on data collection, Uplift used 2019 data which was available for all 50 states. 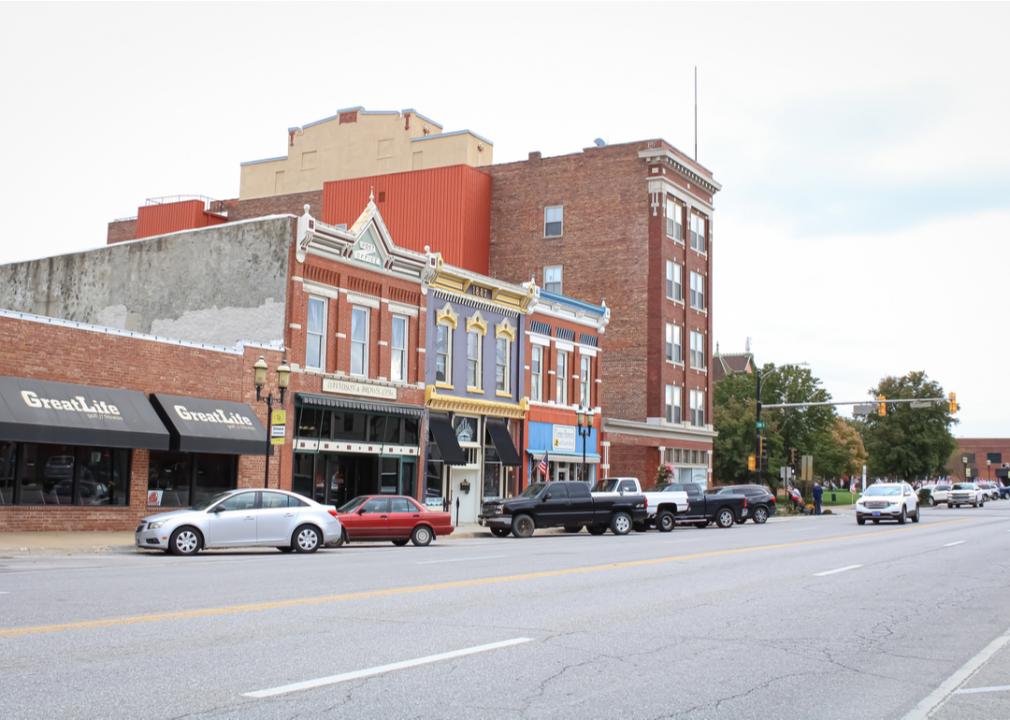 According to Kansas Highway Patrol, in June 2010 the adult safety belt law went into effect, and it permits police officers to stop and ticket any driver of a passenger vehicle who is not wearing a seatbelt or who has a front-seat passenger who isn’t wearing a seat belt. This law also applies to those under age 18, though back seat passengers can only be cited when there is another citable offense. The 2008-09 school year saw Kansas develop and implement a seat belt safety program for teens known as Seatbelts Are For Everyone (SAFE), which as of 2019 had grown to 166 schools in 70 counties. The state also created a seat belt safety fund from District Court fines in July 2017, with funds to be used for “occupant programming for children and teens.” An educational program regarding compliance with the seat belt law is also required by the Secretary of the Department of Transportation. 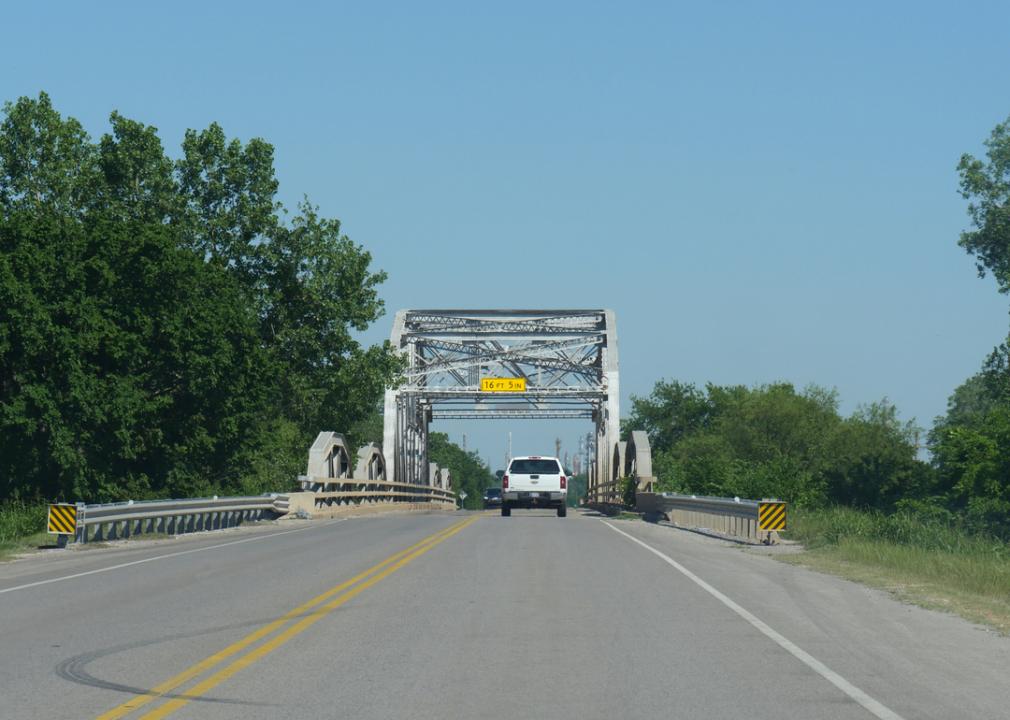 Oklahoma requires front-seat drivers and passengers 13 and over to wear safety belts through the Oklahoma Mandatory Seat Belt Use Act. The state has also launched several initiatives to encourage greater seat belt usage. In 2015, state law enforcement agencies took part in the national Click-it or Ticket campaign, which included seat belt usage and sobriety checks with an increased police presence on state roads and highways. According to Oklahoma Transportation, the first 15 days of 2021 included 10 deaths on the state’s highways, and half of those occurred when people weren’t wearing their seat belts. To address low seat belt usage, the Oklahoma Turnpike Authority and Oklahoma Department of Transportation, along with other safety partners, launched a year-long safety education initiative called Make Safety Stick: Everybody Click, which includes overall safe driving education with a specific focus on increased seat belt usage. A statewide behavioral highway safety program is offered by the Oklahoma Highway Safety Office with federal funding from the National Highway Traffic Safety Administration. 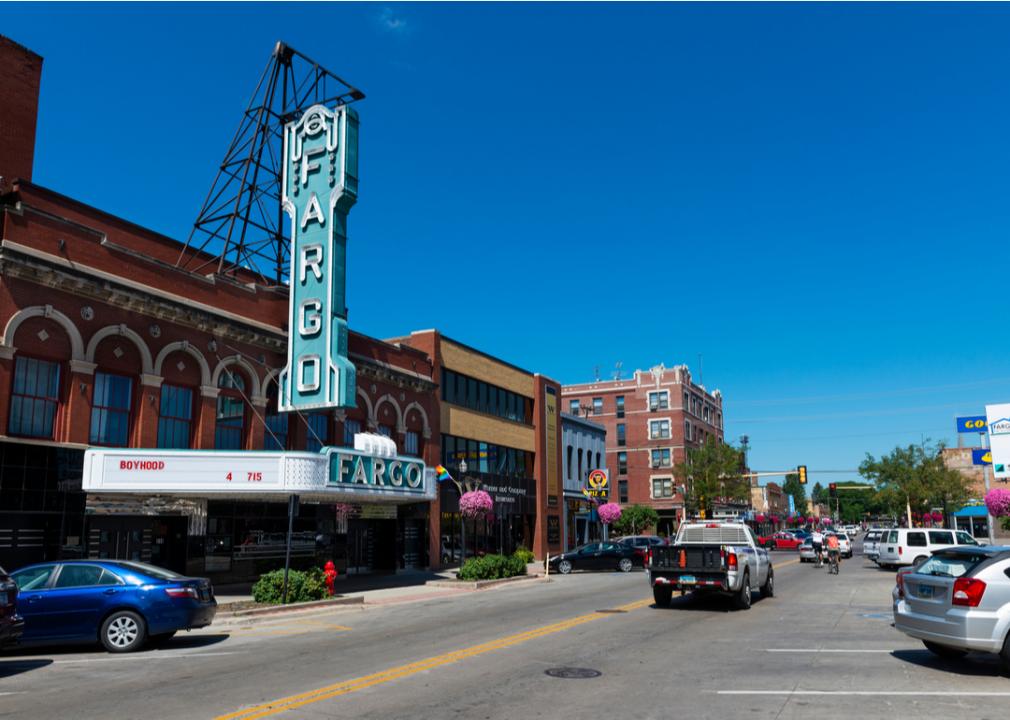 According to the Centers for Disease Control and Prevention, the total cost of traffic crash deaths in North Dakota in 2018 was $152 million. The CDC recommended several strategies to reduce this number and create safer roads in the state, and one of those was to enforce a primary seat belt law that would cover all seating positions. North Dakota currently has a secondary enforcement provision, not a primary enforcement seat belt law. While front-seat passengers and drivers have to wear seat belts, police cannot pull over a driver for not wearing a safety belt, but rather must see them commit another violation first. For drivers under 18, state law says that law enforcement can pull them over if they aren’t buckled up. In March 2021, the North Dakota House killed a bill that would have allowed police to pull over drivers who were not wearing seat belts and issue a $50 fine. 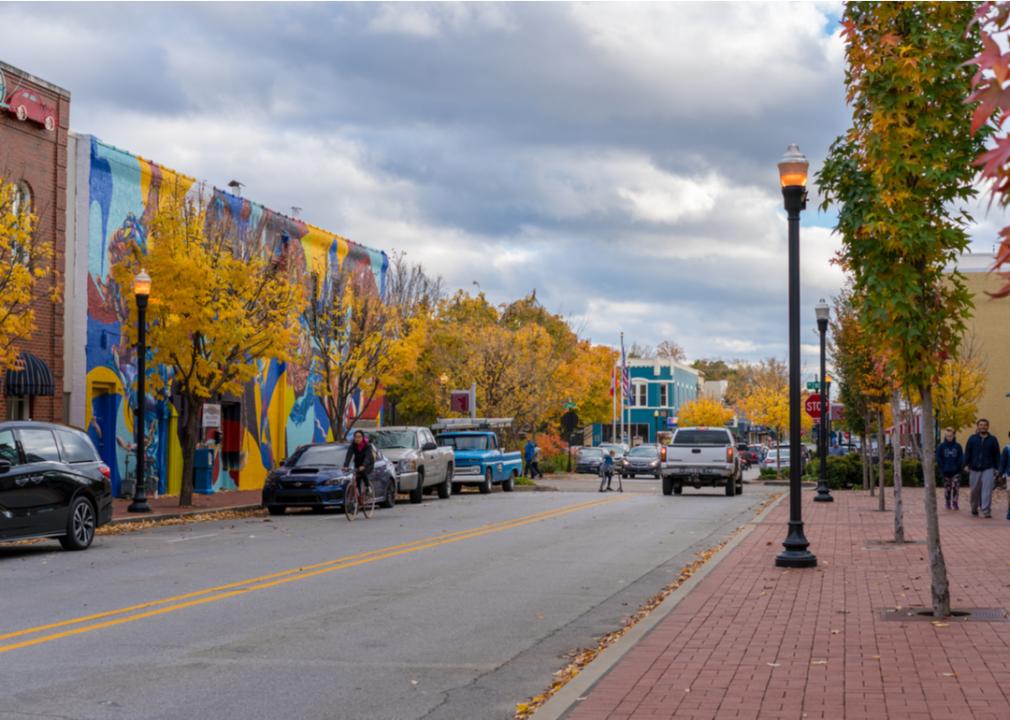 According to the Fatality Analysis Reporting System data from May 2017, nearly one out of every two fatalities in motor vehicle crashes were not properly restrained in Arkansas. Another staggering statistic revealed that two out of five teens from 14–19, who died in car crashes, weren’t wearing safety belts. In Arkansas, seat belt laws are primary, which means police officers are permitted to pull drivers over for not wearing safety belts and issue a fine. The state law says that drivers, front-seat passengers, and passengers 15 and up must wear seat belts. In November 2020, the state took part in the national Click It or Ticket campaign that is part of the annual National Highway Traffic Safety Administration’s enforcement effort and the Border-to-Border initiative to promote seat belt safety and enforce safety belt usage. Arkansas is also one of two states that has enacted a Drowsy Driving law; New Jersey is the other. 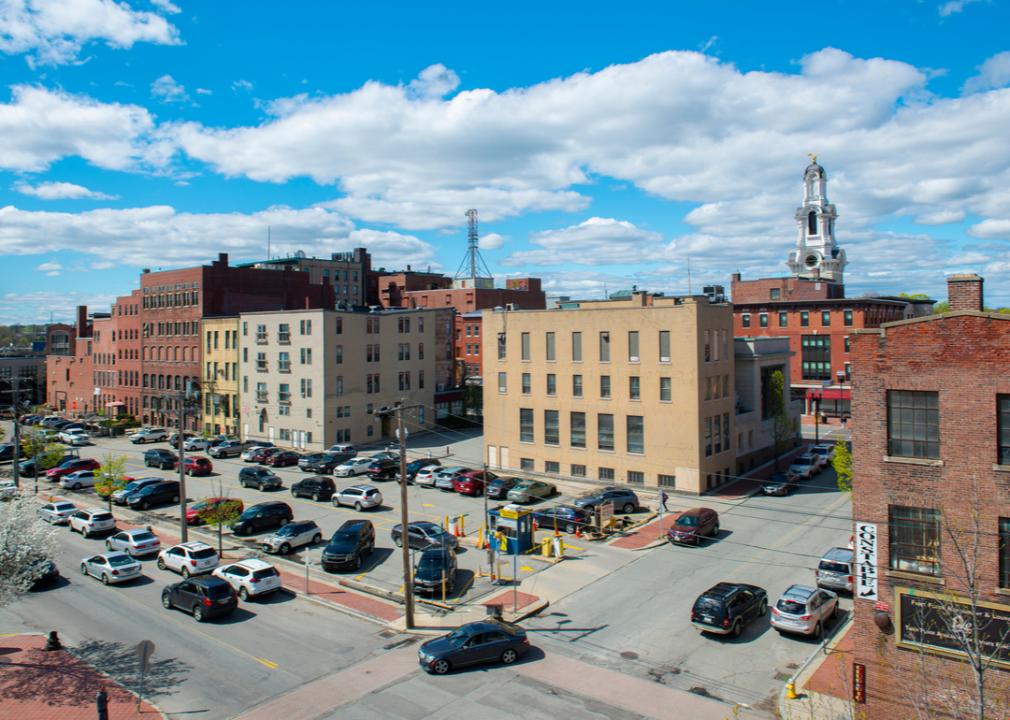 In Massachusetts, while seat belts are required, law enforcement can only stop drivers and ticket them for not wearing seat belts when they are pulled over for separate offenses. According to the 2019 Massachusetts Safety Belt Usage Observation Study, men have lower seat belt usage than women, coming in at 76.81% and 86.95%, respectively. The study also found that commercial vehicles and pickup trucks have the lowest usage rates, 57.72%, and 68.44% respectively. Advocates in the state continue to fight for primary enforcement when it comes to seat belt laws. The Bay State also has highway safety laws for impaired driving and distracted driving, which was passed in September 2010 and focuses on bans surrounding texting and using hand-held devices while operating a motor vehicle. 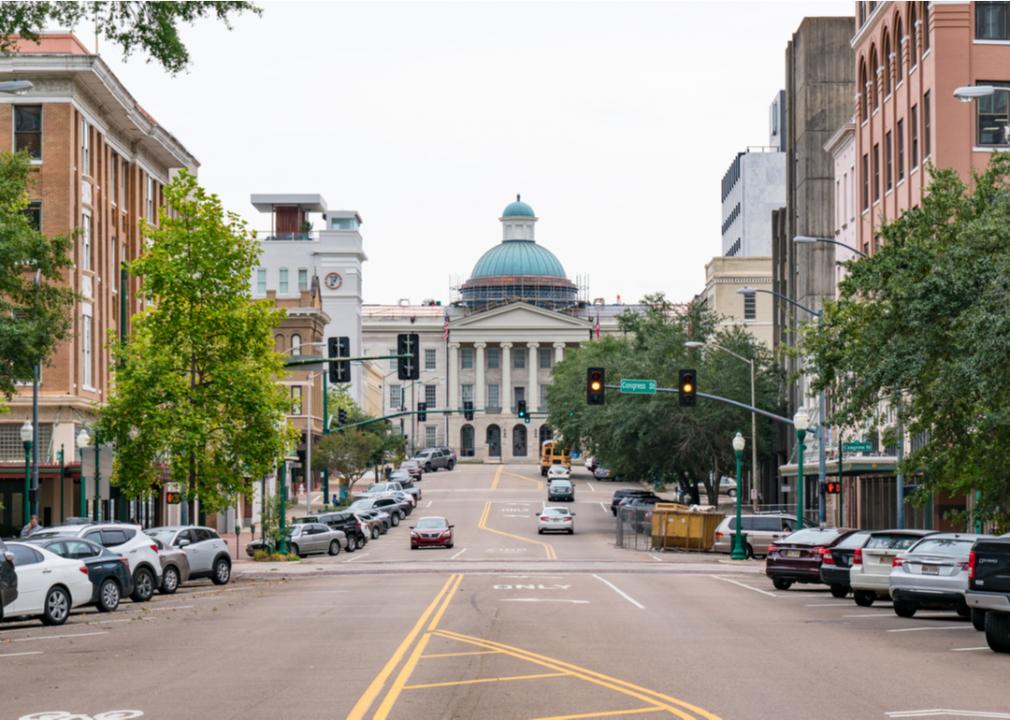 The seat belt law in Mississippi is primary, and while the state has had mandatory seat belt usage since 1994, changes were enacted in 2017. That was the year when Senate Bill 2724 was signed by Gov. Phil Bryant. It states, “every passenger and every child under the age of eighteen regardless of the seat that the child occupies, must wear a properly fastened safety seat belt.” Also known as Harlie’s Law, it honored Harlie Oswalt, a teenager killed at 15 in a 2016 car crash in Marshall County with her cousin Tristan Bragg, who was 17. Both teens were in the back seat and were not wearing safety belts when the crash occurred. In 2020, the Mississippi Highway Patrol launched a safe driving initiative that focused on several factors, including seat belt usage, impaired and distracted driving, speeding, and the Left Lane Law. 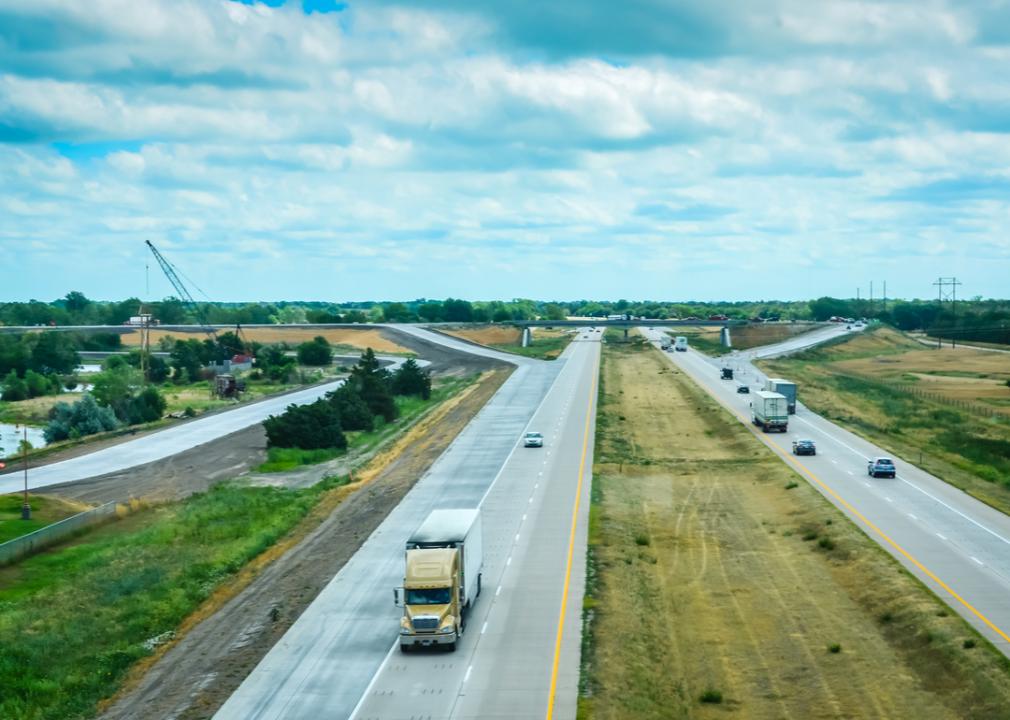 According to the Nebraska Department of Transportation Highway Safety Office (NDOT-HSO), 197 occupants of passenger vehicles died in 2019 in car crashes. Of those people who died, 63% were not wearing a seat belt. Nebraska has a secondary seat belt law and requires proper seat belt usage from drivers, all front-seat occupants in the vehicle, and all children 8 to 18. NDOT-HSO considers the following issues priority areas: safety belts/occupant protection, alcohol-related, speed, and young drivers. Other areas of concern are pedestrian/bicycle, motorcycles/mopeds, distracted driving, and drowsy driving. 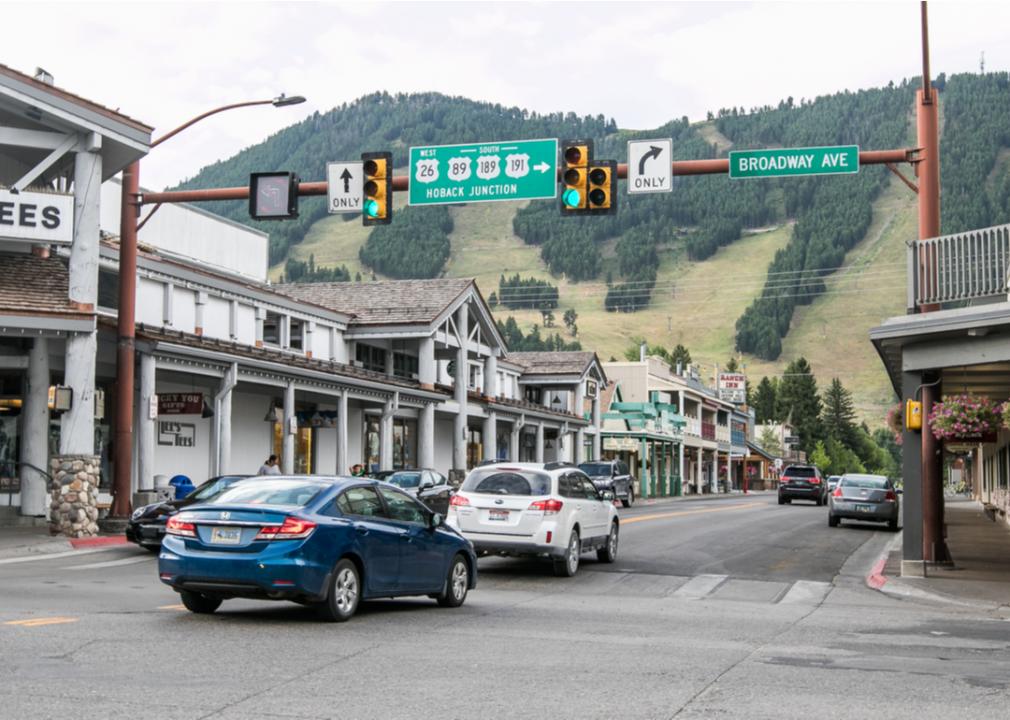 Though Wyoming has a secondary seat belt law, all occupants in a vehicle must wear a safety belt. According to the Wyoming Electronic Crash Records System, in 2019, there were close to 15,000 traffic crashes. The main contributing factors to the 147 fatalities were impaired driving, which continues to be a major safety issue in the state, and low seat belt usage. There were 53 unbelted fatalities with two due to misuse and 50 impaired driving fatalities. Women are more likely to buckle up than men, with women coming in at 85.7% compared to men at 72.0%. The Wyoming Seat Belt Coalition, created by Gov. Matt Mead, aims to increase seat belt usage to decrease injuries from traffic crashes and to prevent fatalities. 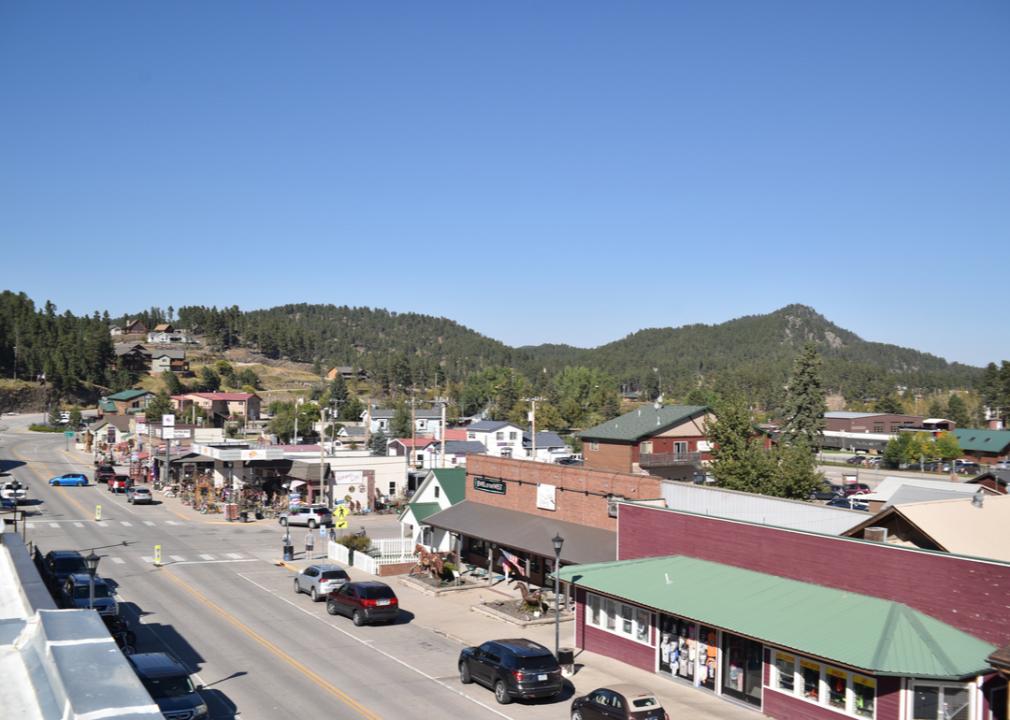 Seat belt laws in South Dakota are secondary, and front-seat passengers and drivers 18 and up must wear safety belts. According to the 2020 South Dakota Motor Vehicle Traffic Crash Summary, when it came to safety restraint usage, 60 fatalities were not wearing any restraints and 29 were using a lap belt, shoulder harness, or both. While the state is behind the curve on seat belt usage and well behind the national average of 90.7%, it continues to work toward higher seat belt usage. In 2017, they participated in a Make It Click campaign, which encouraged people to buckle up every time they were in a passenger vehicle. Reminders were placed on bus wraps, billboards, and in other high-visibility spots. 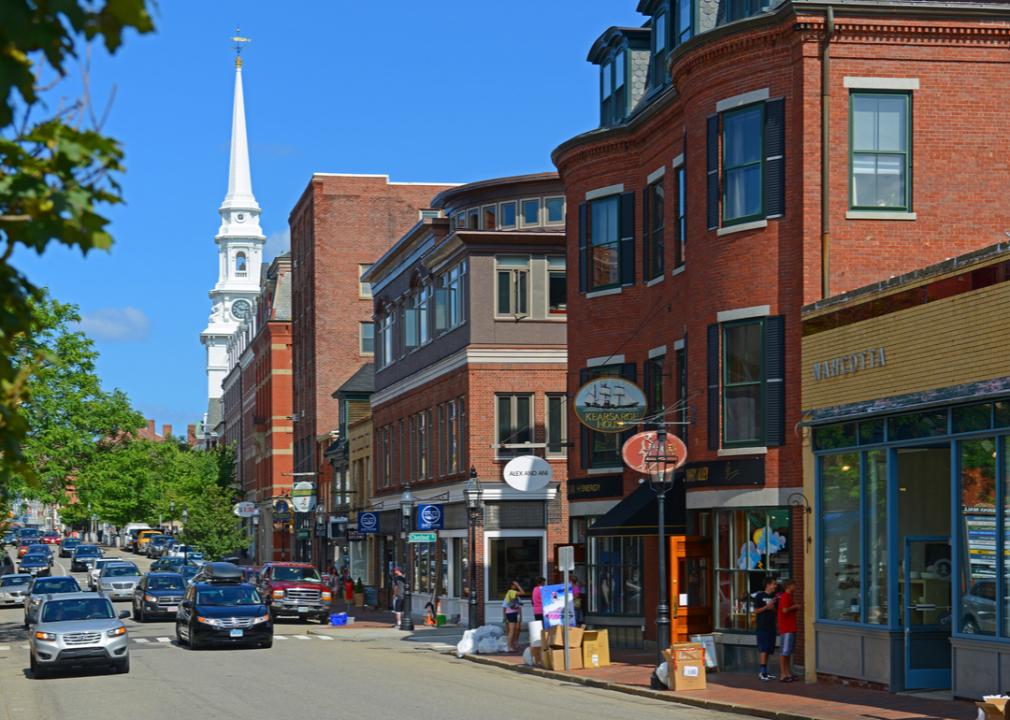 New Hampshire is the only state in the nation that does not have a law that requires adult drivers and front-seat passengers to wear seat belts, though anyone under 18 must use a seat belt. While the live free or die state has the lowest seat belt use rate in the country, changes are happening. In 2020, New Hampshire’s house transportation committee voted in favor of a bill that would require adult passengers and drivers to buckle up. While HB 1622 ultimately died in the Senate in June 2020, the fight continues. Highway safety advocates and legislators keep pushing for stricter seat belt laws in the granite state.

This story originally appeared on Uplift Legal Funding
and was produced and distributed in partnership with Stacker Studio.

Autism spectrum disorder prevalence in children is climbing—here’s what…