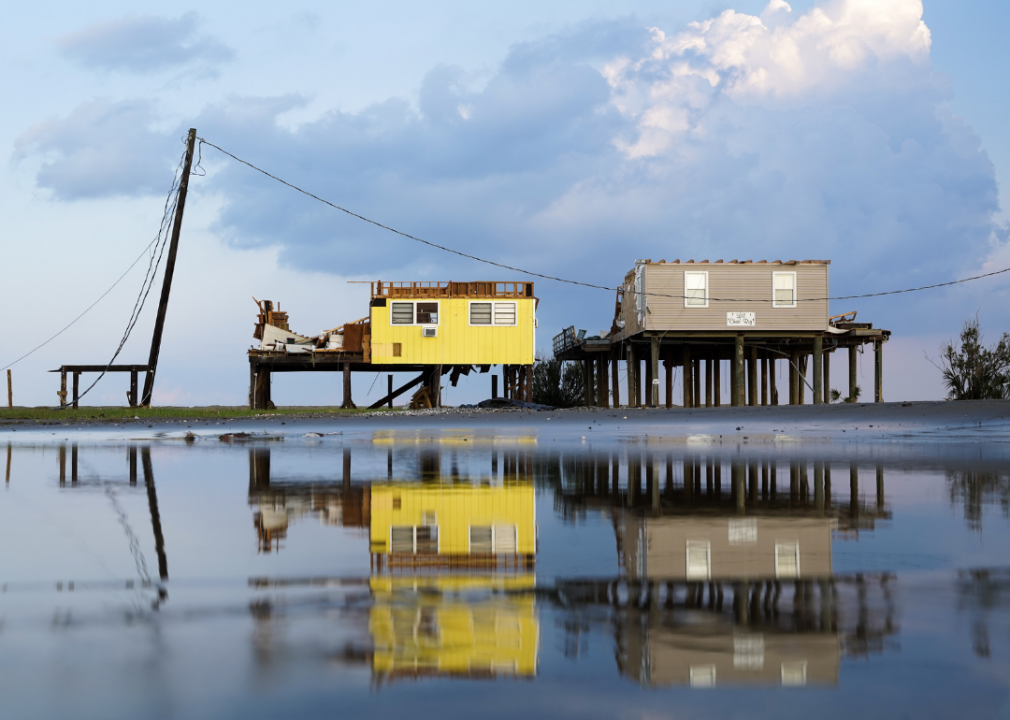 2021 was a year of tumult across the globe, but particularly when one examines weather patterns in the United States: Wildfires raged across the West Coast in the summer and fall, Hurricane Nicholas and Tropical Storms Fred and Elsa sent wind gusts in the Southeast, and cold and heat waves alike took turns as the seasons cycled. Hardly any part of the country was left unaffected by particularly intense weather, particularly in the spring: above-average temperatures arriving earlier in the year than expected caused certain weather systems to collide, resulting in tornadoes, hailstorms, and more.

Such erratic weather comes with a heavy price tag. Since 1980, the number of billion dollar natural disasters in the U.S. has increased annually, with severe storms and tropical cyclones in particular dramatically increasing in frequency, along with winter storms, wildfires, and floods.

Citing data collected by NOAA, Stacker compiled a list of the 10 most expensive natural disasters in 2021 as of Dec. 1, 2021. In total, there were 18 disasters that cost at least 1 billion dollars in 2021, totaling over 104.8 billion dollars. Read on to find out what states were hit the hardest, and what infrastructure suffered the most. 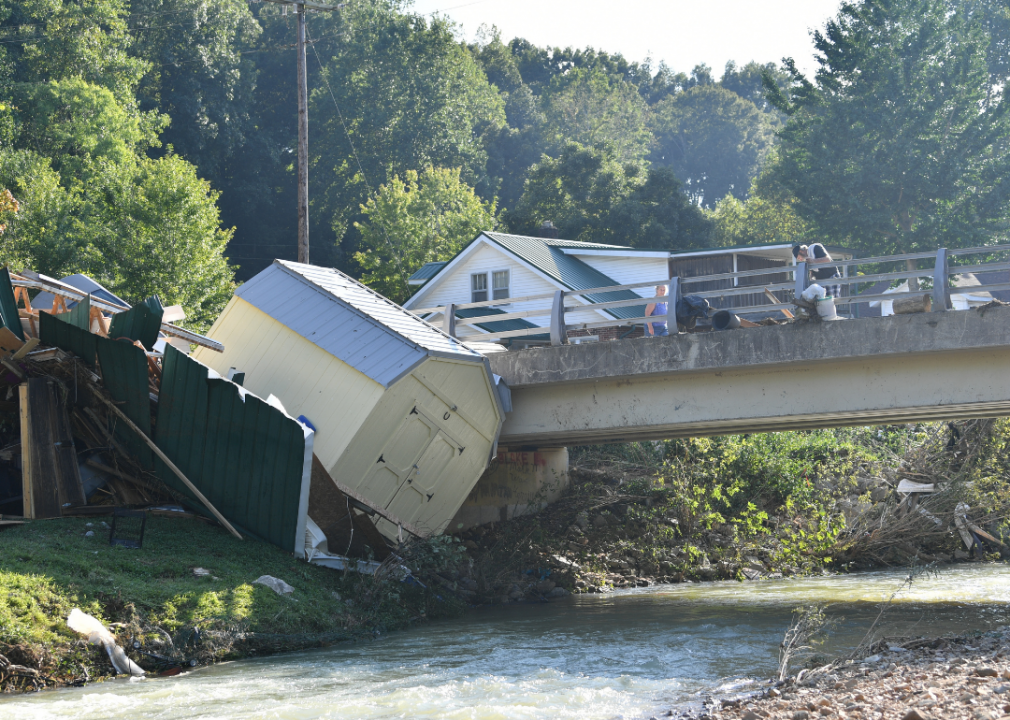 August 2021 brought six consecutive days of hail, high winds, and thunderstorms to Wisconsin, Nebraska, Illinois, and other central U.S. states. After gusts ranging from 40 to 77 mph moved through southern Wisconsin, hundreds of thousands went without power, the largest outage a local energy company had ever witnessed. Heavy rainfall in and around Omaha led to flash flooding and related infrastructure destruction. Besides the winds and rain, August was also abnormally hot. The country’s average was 1.9°F above usual, making it the 14th-warmest August on record. 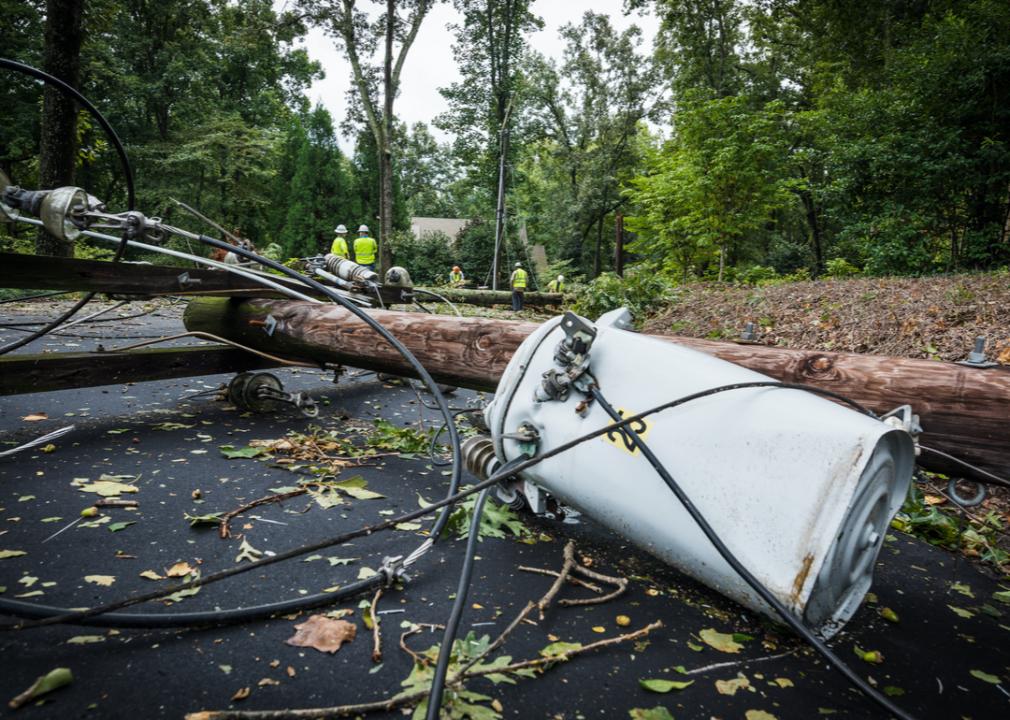 Texas, Louisiana, Mississippi, Alabama, Tennessee, South Carolina, Kentucky, and Georgia were all affected by a string of tornadoes in late spring. In a single evening, Mississippi experienced 12 tornadoes, including one that left a 1,000-yard damage track in its wake. More than 100,000 people experienced power outages. South Carolina suffered damage to vehicles, power lines, and trees, with “golf ball-sized hail” reported in some areas. In Kentucky, the same damages were experienced, battering several houses. 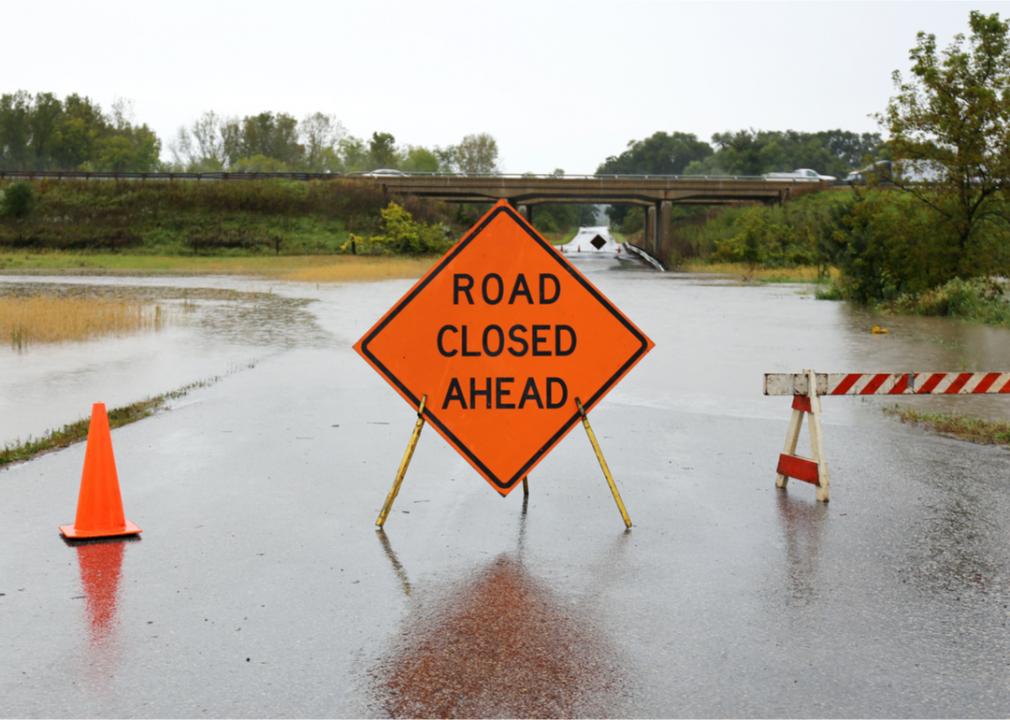 The area surrounding Lake Charles experienced more than 15 inches of rain over just 12 hours in mid-May 2021, constituting the third-heaviest rainfall in the city’s history. Mayor Nic Hunter claimed that more buildings and structures were flooded during this month than were during both Hurricane Laura and Delta combined. At least 400-500 buildings were flooded, trapping citizens inside. In Baton Rouge, 16,000 lost power, 250 people had to be rescued from their homes, and 50 roads were made inaccessible. The streets of New Orleans were similarly flooded. 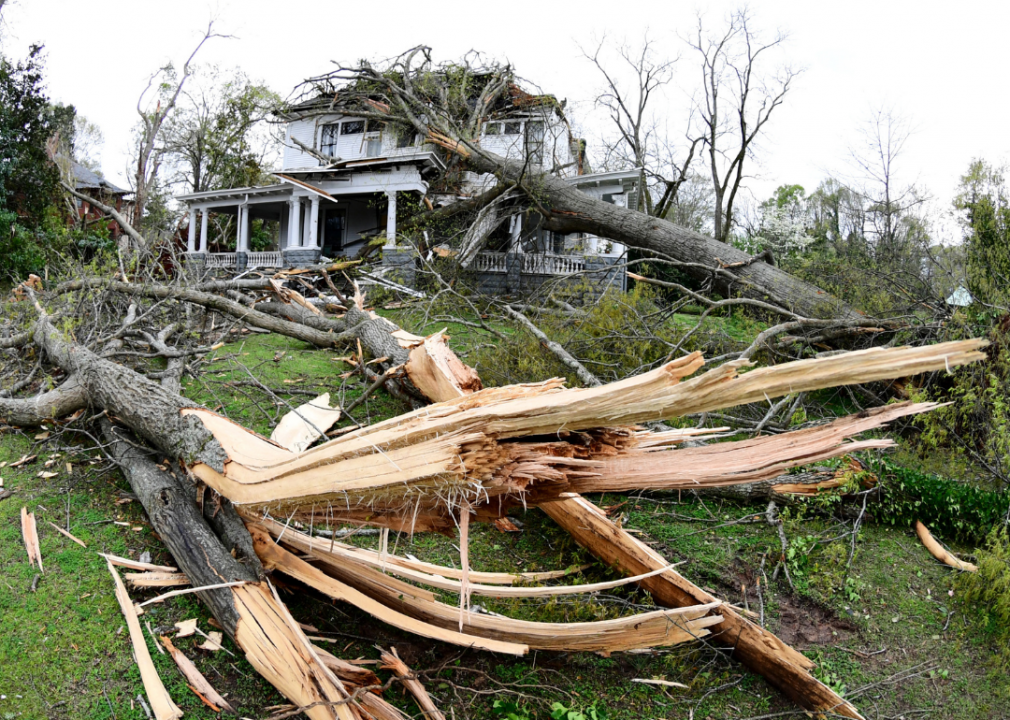 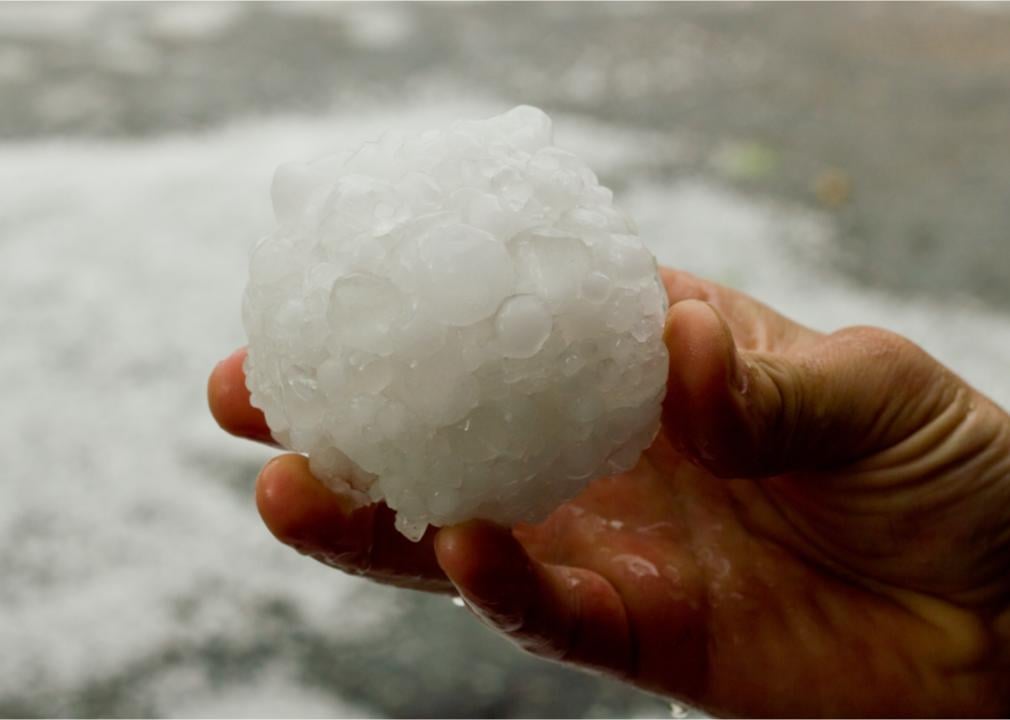 It is thought that April 2021 introduced the largest recorded hailstone seen in Texas. A hailstone measuring 6.4 inches landed near Hondo, Texas, with additional hailstones alleged to be between 2 and 4 inches also reported. The San Antonio and Fort Worth areas also experienced hail-induced damage to residences and local businesses, with some roofs being crashed through. The damage from this storm was particularly notable due to hail falling in urban, densely populated areas. Baseball or apple-sized hailstones shattered car windows throughout Fort Worth.

You may also like: 30 breathtaking images from NASA’s public library 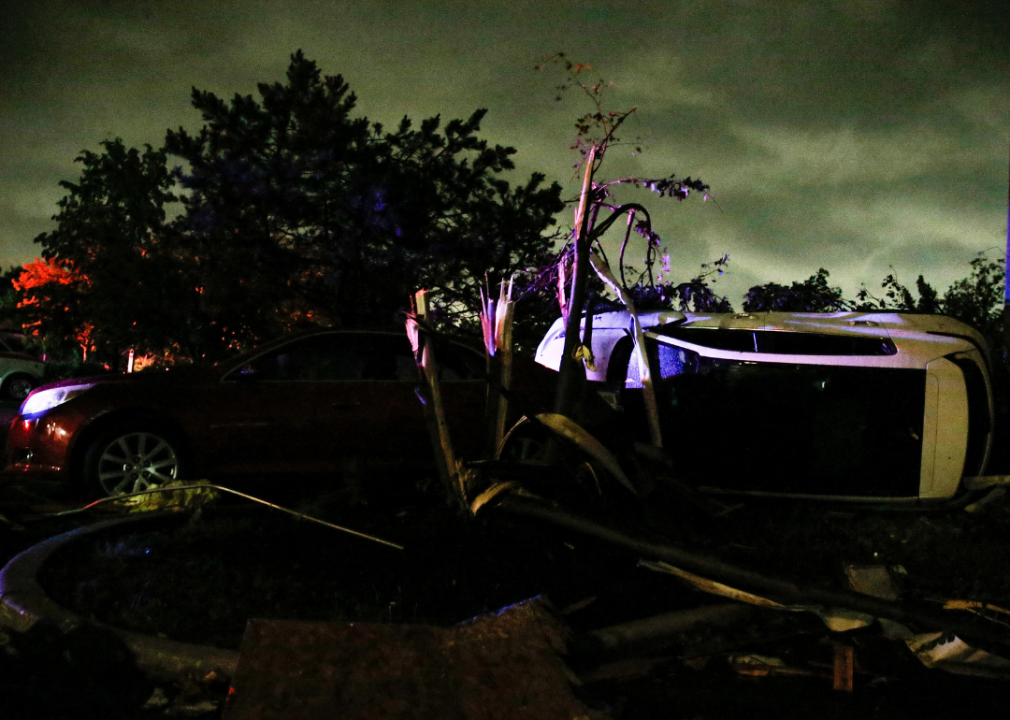 In mid-June 2021, states from Illinois to Kentucky experienced storms that brought rain and hail allegedly the size of softballs. In particular, Ohio experienced damaging weather, with high winds and a tornado compounding the hailstorms. Trees were uprooted and power lines were downed, with vehicles and buildings sustaining damage. Over 1,000 people lost power. Though most hailstones ranged from 1 to 1.5 inches, some as large as 2.5 were reported in Beavercreek. 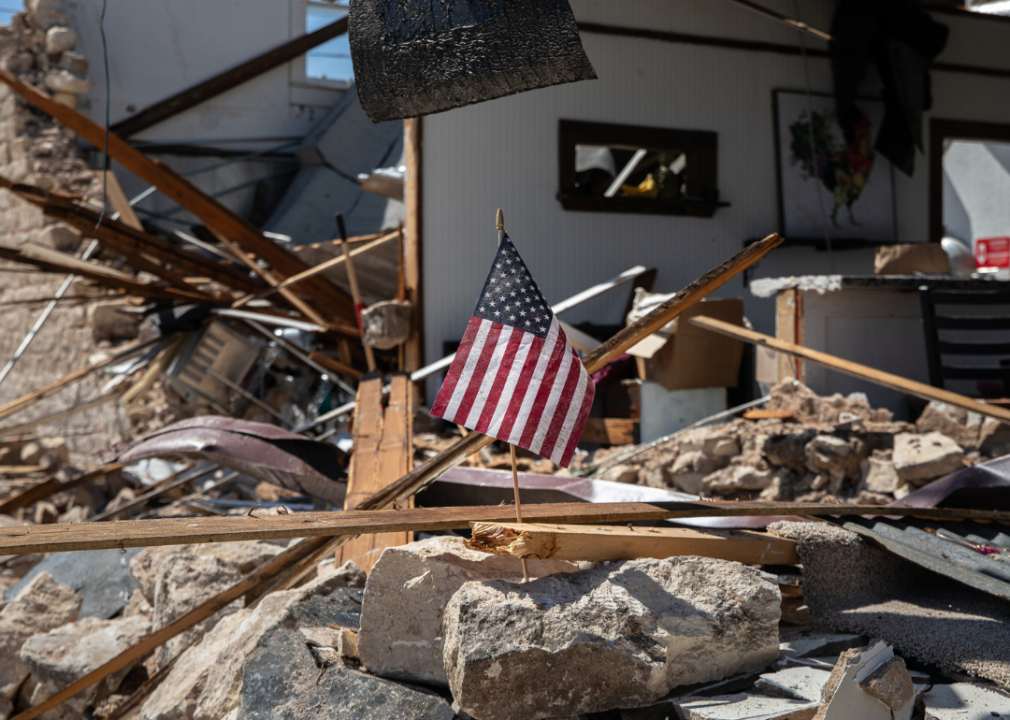 A string of tornadoes affected Alabama, Mississippi, Louisiana, Arkansas, and Missouri on St. Patrick’s Day 2021. Mississippi and Alabama were hit particularly hard, with trees uprooted, infrastructure bowled over, and over 16,000 homes and businesses sustaining damage in the latter state alone. Across all five states, 23 tornadoes were reported to the NOAA Storm Prediction Center (SPC). Ultimately, over 30,000 people lost power. The storms were so serious that the National Weather Service Storm Prediction Center issued a Level 5 of 5 danger warning, constituting a “high risk” that is rarely used to describe impending weather. 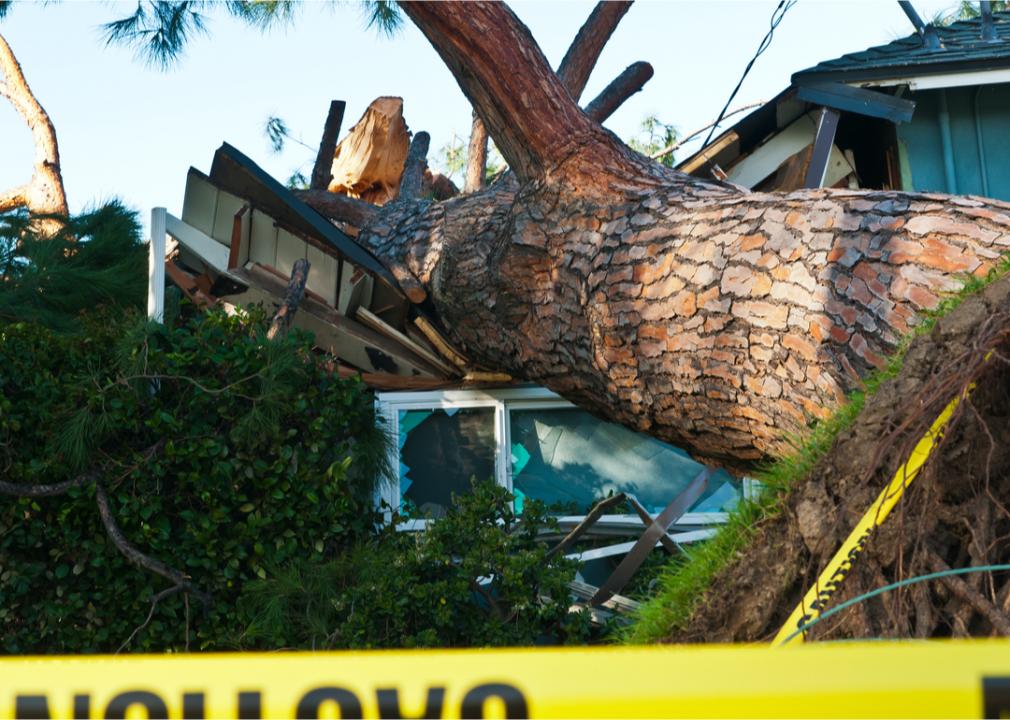 It is thought that a combination of convection and diurnal heating sparked a series of tornadoes, hailstorms, flash flooding, and high winds in the Southwest in April. Hailstorms hit Oklahoma, producing hailstones of 2.75 and 3 inches in Grady, McClain, and Cleveland Counties. In Texas, a series of tornadoes produced winds as high as 80 mph in Scurry County. One tornado hit the Oklahoma City suburbs overnight, causing particular concern. Overnight tornadoes are particularly dangerous due to their hard-to-anticipate nature. 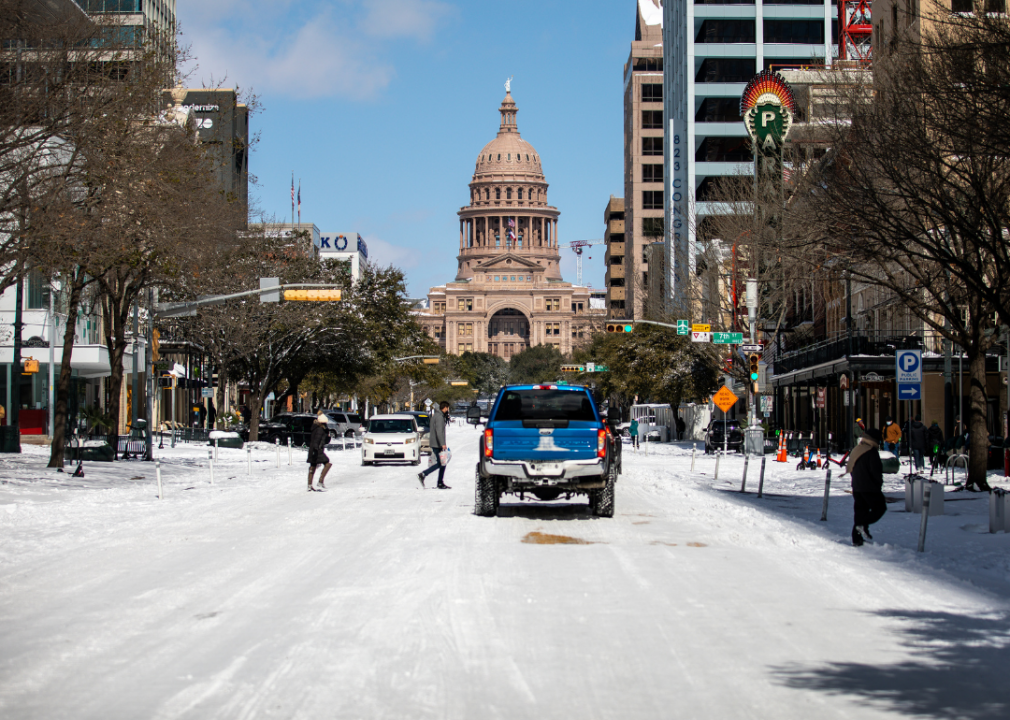 February 2021 was the coldest February on record in the United States since 1989. The damage the extreme cold temperatures wrought constituted what may be the most expensive weather event in the history of Texas, even more so than Hurricane Harvey. For Arkansas, Iowa, Kansas, Missouri, Nebraska, and Oklahoma, the cold was record-breaking, with northern states like Minnesota experiencing daily extremes as well. Dozens died in Texas due to snow and cold, and close to 10 million across the South were left without power. A whopping 73% of mainland U.S. states were blanketed in snow in mid-February. 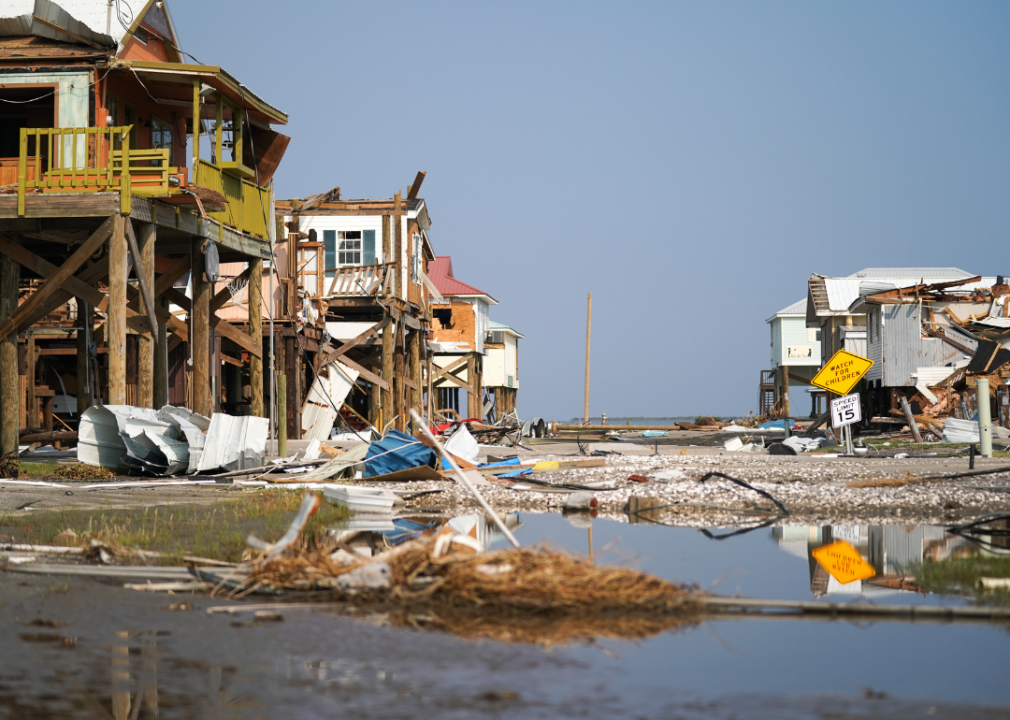 Hurricane Ida is thought to be the seventh most expensive hurricane in the U.S. in the past two decades. This is due to not only property damages and the cost of clean-ups, but also detrimental effects to tourism and citizens’ ability to work. Negative economic reverberations will likely be felt throughout the U.S. economy for years to come, particularly in the oil and gas industries. Hurricane Ida’s winds reached an impressive Category 4, thought to inflict more damage than floods, largely due to overturned trees. Though the Gulf Coast up to the Northeast was affected, Louisiana was perhaps the most battered of all U.S. states.

You may also like: From Hypatia to Christina Koch: 50 groundbreaking women of science