Security guard shot, killed outside gate at federal facility in Mississippi; here’s what we know 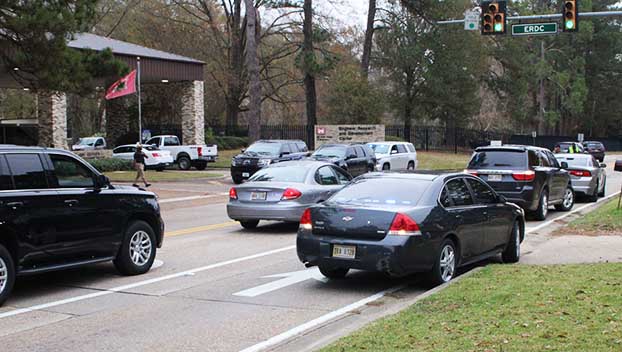 A security guard at a U.S. Army Corps of Engineers research facility in Mississippi was fatally shot Thursday morning at the facility’s gate. Police say the guard took his own life.

The guard, identified as Justin Rone May, 37, was shot in the head on Thursday morning at the Engineer Research and Development Center (ERDC) in Vicksburg, Mississippi, and later died, police said.

Bailess confirmed to The Vicksburg Post that the wound was believed to be self-inflicted, but the incident is still under investigation by the Vicksburg Police Department.

The incident occurred at approximately 11:30 a.m. Thursday when it was reported that an individual had been shot in the head at ERDC’s main gate on Hall’s Ferry Road.

The individual was later identified as a security officer for the main campus.

ERDC employees were ordered to shelter-in-place for approximately two hours as the campus was locked down and local authorities responded to the scene.

There was no threat of an active shooter, according to the Vicksburg Police Department. The Vicksburg Fire Department, EMS and ERDC security all responded to the scene.