10 of the biggest real-life casino heists of all time 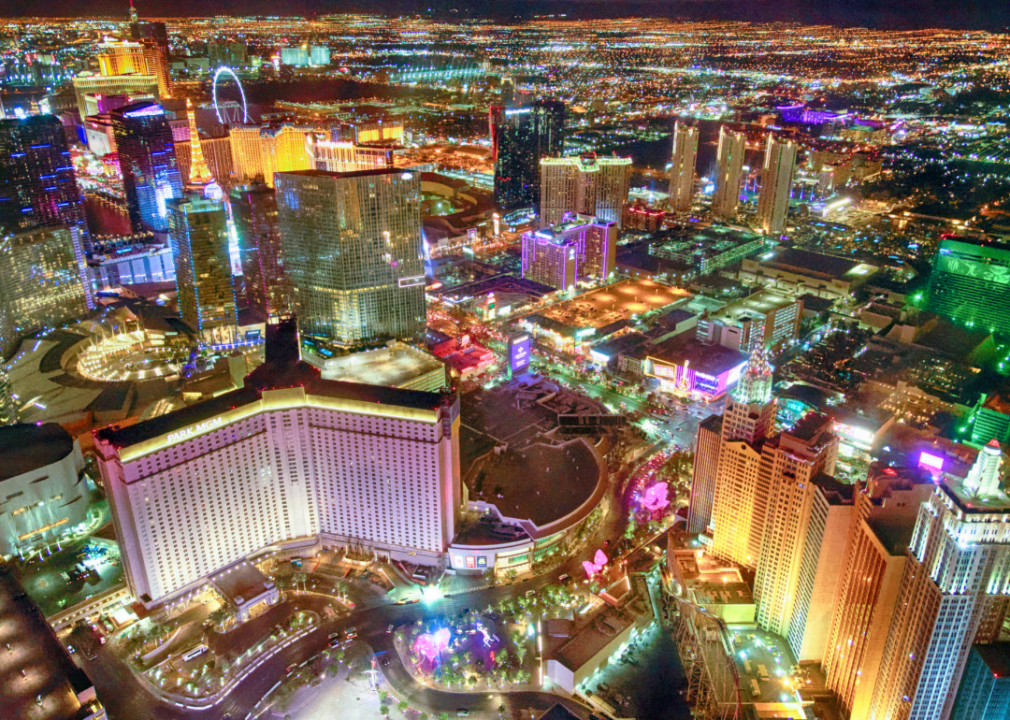 10 of the biggest real-life casino heists of all time

From the moment you enter a casino, a thousand strategic choices—from the sounds of slot machines designed to disguise losses as wins to the perfumed air, which, for one Vegas casino, increased slot machine revenue by 45%—have been made to keep you playing, and to keep you just hopeful enough to keep paying. It would be bad business for casinos to bankrupt players on a single hand or pull of a level, intentionally. And for every dangled carrot that a player eventually grasps, the house has already ensured they’ve earned it back somewhere else.

So how do you ever truly get the upper hand against a system that is mathematically designed—what is known as the house edge—to prevent you from doing so? Well, some people have tried cheating. There’s card counting (which is technically not illegal, according to federal, state, and local laws), card switching, card marking, dice sliding, dealer bribing, and good old-fashioned peeking (or hole carding). But to even have an advantage by cheating, you must play every hand perfectly, like the infamous MIT blackjack team. Determined to beat the house with even more complex math—if just theoretically, for now—researchers at MIT are studying whether quantum entanglement can give players an advantage at the blackjack table.

For the average person without a quantum computer or the skills to count cards flawlessly, any attempt at cheating is almost always noticed, monitored, and in some scenarios, permitted, says data scientist Jeff Jonas. And he should know—he developed the programs casinos use to detect even the subtlest hints of fraud. NORA, or Non-Obvious Relationship Awareness, is a software program of Jonas’ creation, which uses available data to sleuth out connections like whether a dealer and a player are related, live in proximity to one another, or if a casino employee has any connections to known criminals. Any edge that the house hasn’t already secured through tamperproof mathematics, they’ve accounted for through surveillance.

So, if you can’t gain an advantage by playing by the rules or even by breaking the rules, what’s left to do? Any level-headed person would tell you to reset your expectations or avoid the casinos completely. Some people throughout history have decided they simply weren’t going to play the game at all. Instead, they chose to rob them blind.

Casino heists are the ultimate underdog stories, and as such, it is a favorite subgenre in film. While Hollywood has given us its own edge-of-your-seat, romanticized take on the topic, the reality is arguably more dramatic and more impressive when one considers how unlikely success is. OLBG compiled a list of the 10 biggest casino heists ranging from “Ocean’s 11”-style complexity to stunning simplicity. 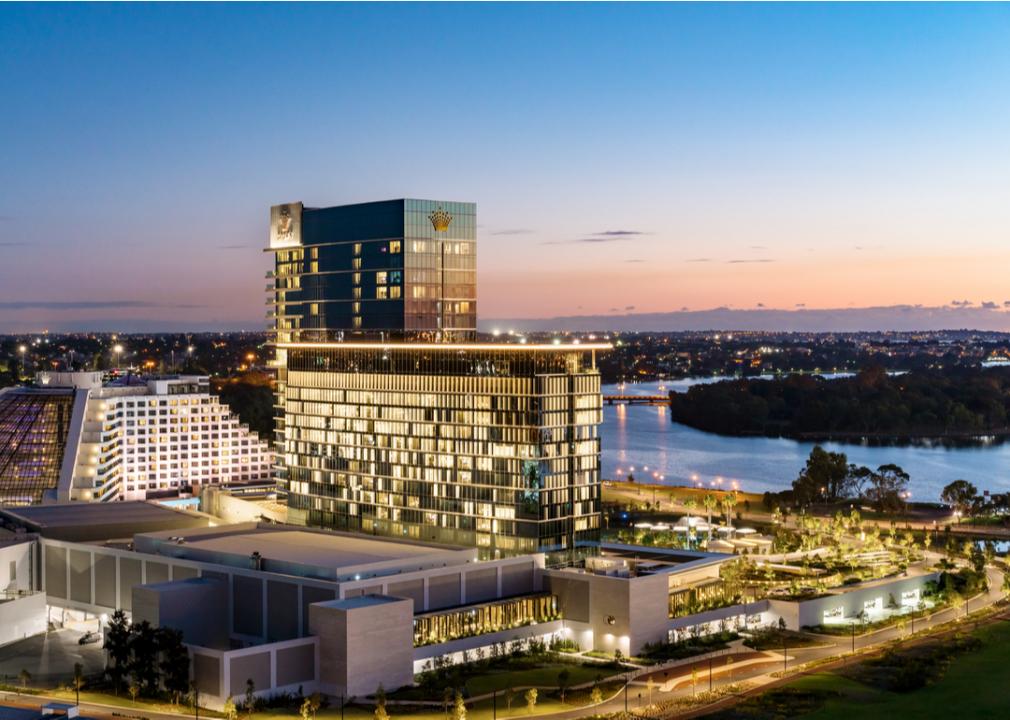 The 2013 heist at Crown Casino is the largest and most Hollywood-esque operation on this list. Millionaire New Zealand businessman James Manning was invited by a VIP services manager at the Crown Casino in Perth, Australia, to play in the high rollers’ room. Manning won eight hands of blackjack, winning a total of $33 million. As it turns out, his luck was the result of breached security cameras and card signaling from the same VIP services manager who recruited him to play. Because Manning never cashed out his fraudulent winnings, the Crown Casino was able to remove him from the premises later that evening and keep the heist under wraps. 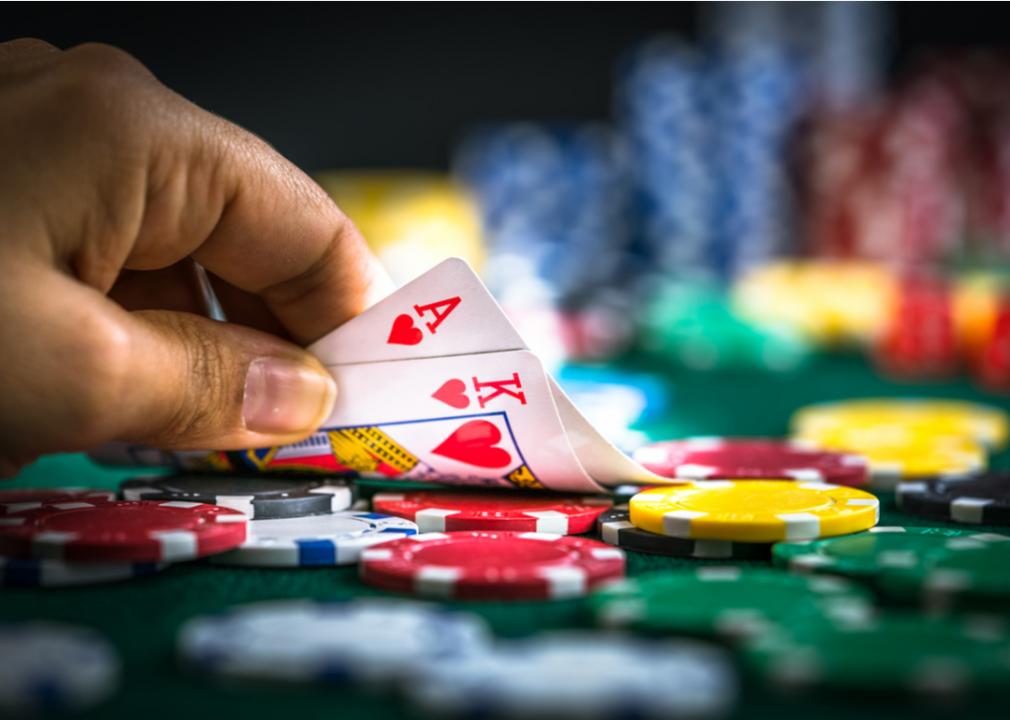 This story is a heist by way of card counting—and since it’s technically not illegal, it might be most accurate to just call these winnings. According to Bill Kaplan, the founder of the MIT blackjack team, blackjack is the only game you can truly win through statistical analysis—probabilities change with every card the dealer plays. So Kaplan put together a team of students from Harvard, MIT, Princeton, and the University of Chicago, teaching them to count cards and employ strategy. Over the course of two decades, the team won tens of millions of dollars from casinos across the world playing blackjack. Report totals range from $22 million to $57 million. 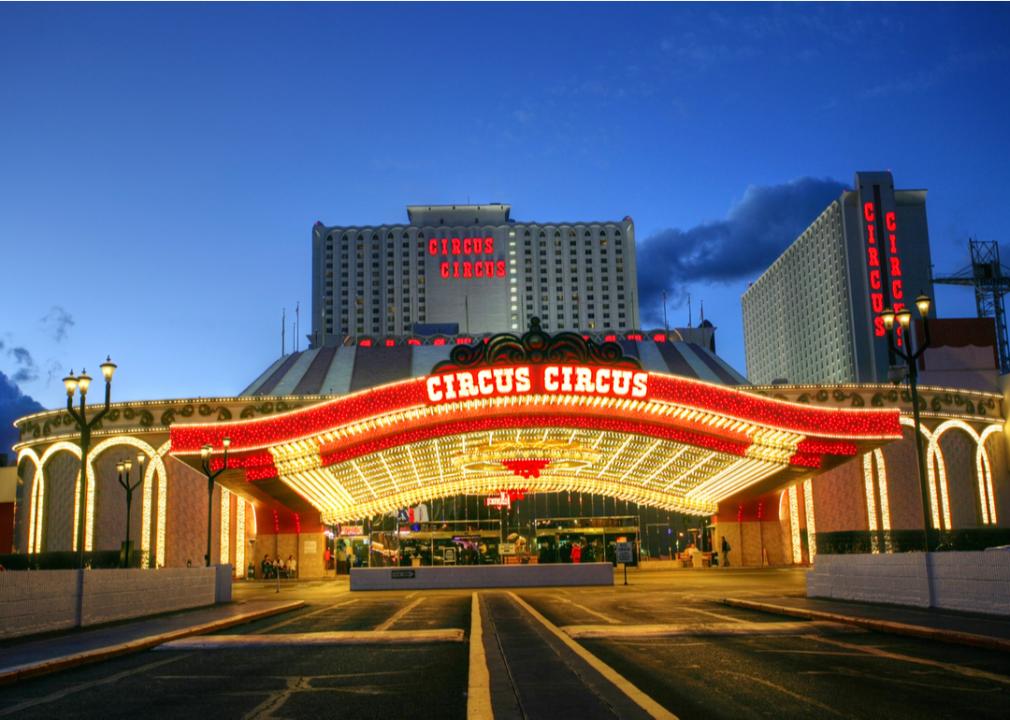 In 1993, Heather Tallchief proved that not every heist needs to involve camera breaches, cheating, or an elaborate scheme. Under the advisement of her boyfriend, Roberto Solis—a convicted murderer released from prison thanks to his award-winning poetry—Tallchief got a job with Loomis driving armored vehicles in Las Vegas transporting cash to fill casino ATMs. While making a routine stop at the Circus Circus casino, Tallchief drove away with roughly $3 million while the other transport guards were inside. Tallchief and Solis moved out of the country until 2005 when she eventually turned herself in. Tallchief claims she separated from Solis and only received $1,000 of the multimillion-dollar heist. Authorities have still not been able to locate Solis. 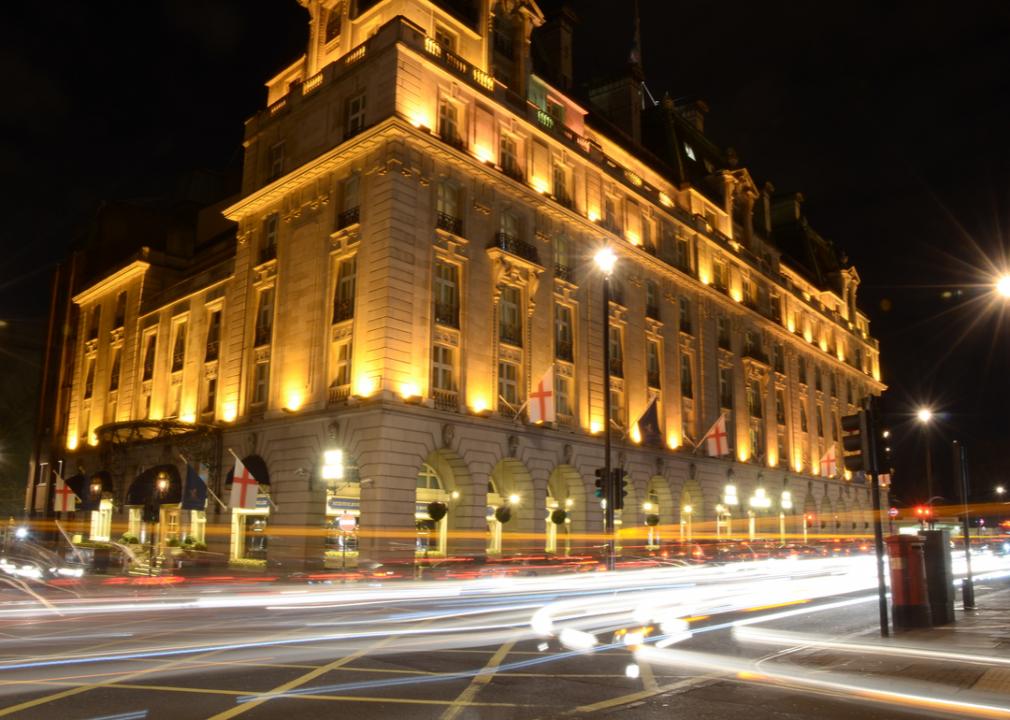 While statistics and probabilities will not give you an advantage in roulette, three people proved that physics certainly can. In 2004, a group of gamblers used laser scanners and microcomputers to calculate the ball’s orbital decay, or where it would land. This strategy is known as sector targeting. After a nine-month investigation, police concluded no crime was committed and the players were returned their winnings. The use of smartphones makes this type of cheating easier to carry out and more difficult to detect. But this wasn’t the first time sector targeting was attempted. Graduate physics students at the University of California, Santa Cruz employed a more rudimentary version of this technology in the late 1970s, hiding the system under their clothes. 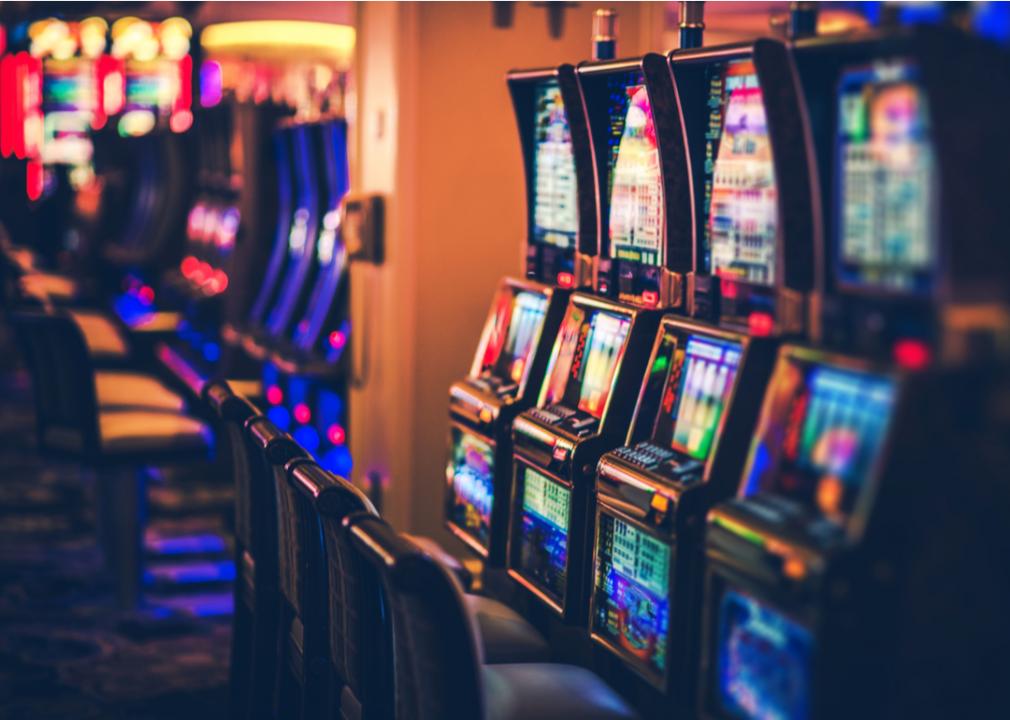 As evidenced by the list so far, many heists are inside jobs. In 2007, a Soboba Casino surveillance technician named Rolando Luda Ramos walked into work, hog-tied his coworkers, and took a little over $1.5 million from the casino vault. He and his getaway driver, Eric Aguilera, were apprehended 48 hours later. 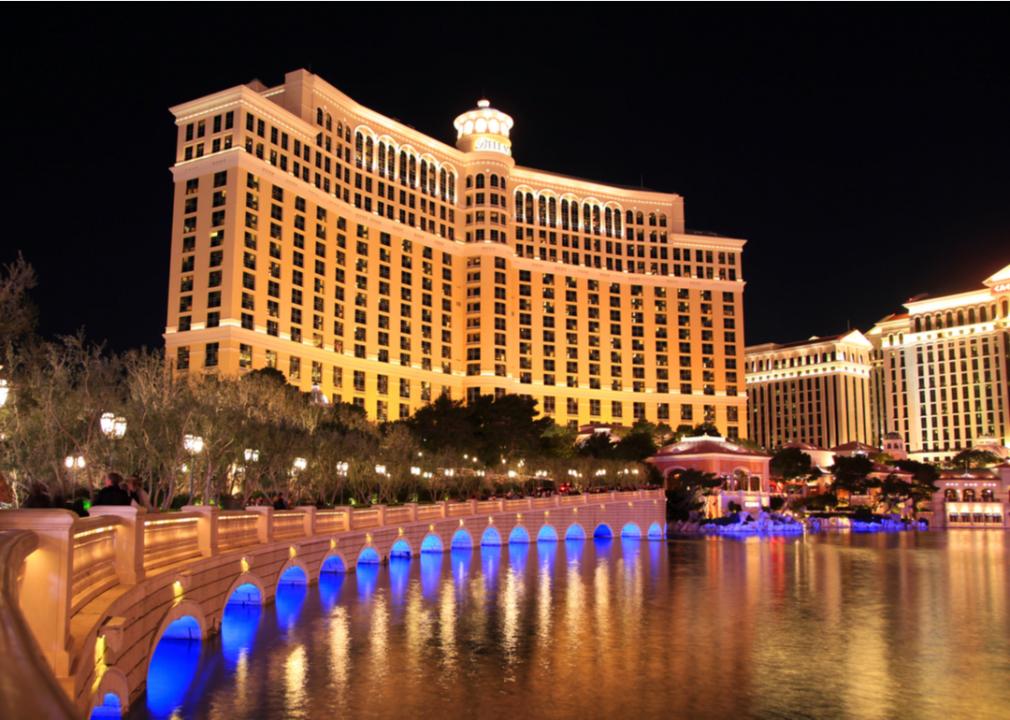 While the Bellagio “Biker Bandit” may seem like the kind of person who chases Kevin McCallister around abandoned buildings at Christmastime, (“Home Alone,” anyone?), this real-life thief carried out one of Las Vegas’ most brazen robberies. In 2010, Anthony Michael Carleo, the son of a Las Vegas judge, walked into the Bellagio wearing a motorcycle helmet, brandished a gun, and made off with $1.5 million worth of chips off a craps table. Just days earlier, Carleo had stolen $20,000 worth of chips from the Suncoast Hotel & Casino in the same manner. Ironically, Carleo does have one thing in common with the criminals from “Home Alone”: he couldn’t resist taking credit for the crime, which ultimately led to his capture. 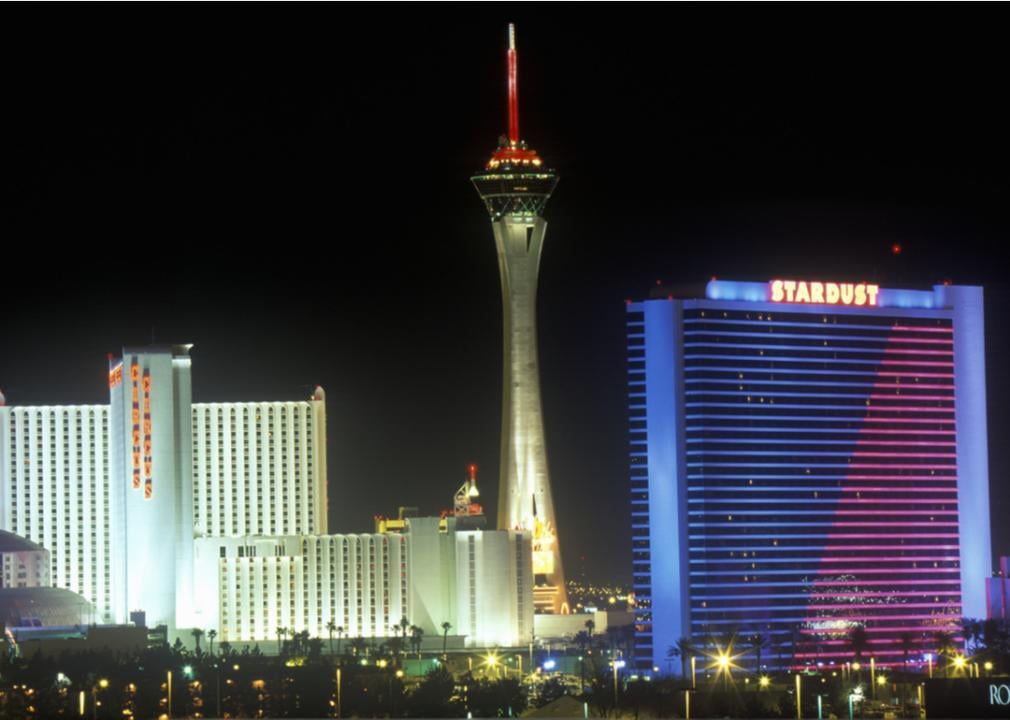 While maybe not the flashiest heist on the list, the story of the Stardust Casino is certainly the most mysterious. In 1992, Bill Brennan, a cashier at the Stardust, was assigned to count the money from the sportsbook, which ended up totaling $500,000. And then he simply walked out with the money—half in cash, the other in casino chips. Brennan was placed on the FBI’s Most Wanted list until 2006 when the Stardust closed and his case was dismissed. The crime remains unsolved and neither the money nor Brennan have been seen since that day. 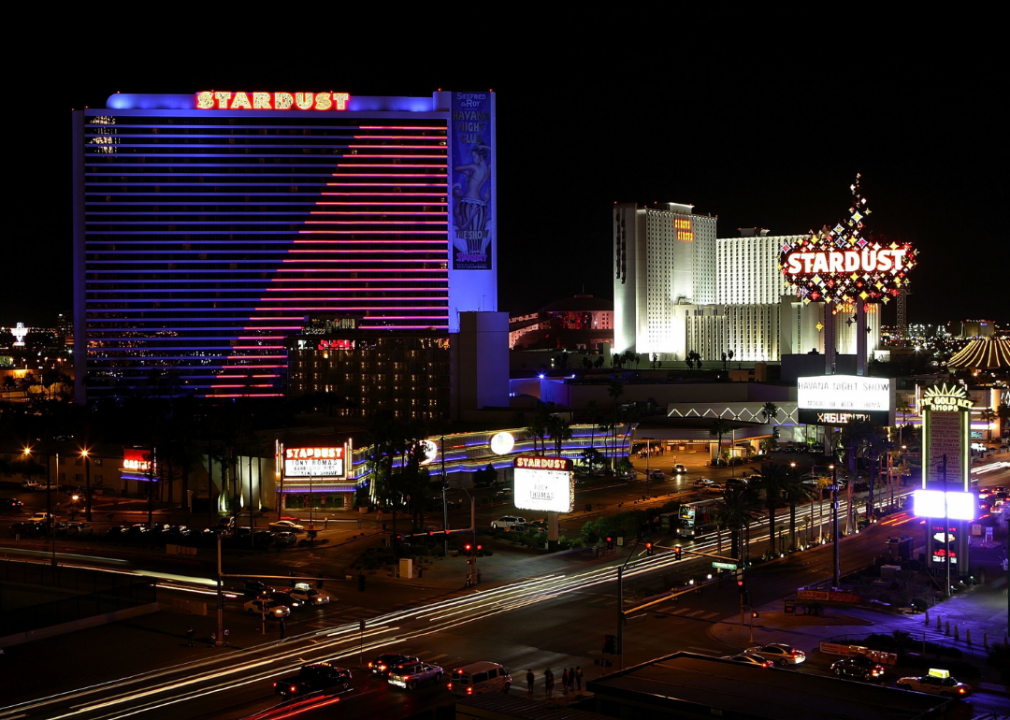 If we’re assigning superlatives to the heists on this list, this other 1992 robbery of the Stardust Casino may be the most theatrical involving an inside job, a family crime ring, and some smoke bombs. In 1991, a Stardust security guard named Royal Hopper used his two sons as “fake” robbers in order to steal $150,000. With a taste for this type of crime, six months later, Hopper and his two sons attacked a guard carrying $1.1 million in cash and checks from an armored truck and used smoke bombs to conceal their escape. 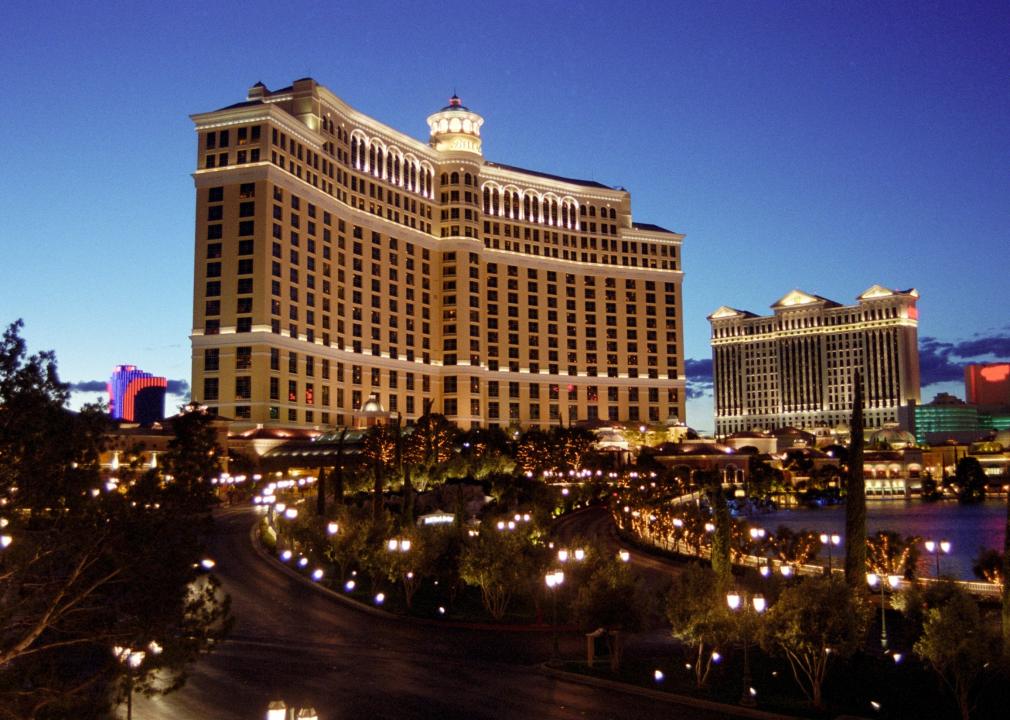 Jose Vigoa’s heist of the Bellagio in 2000 was the last in a two-year crime spree. Donning bulletproof gear, Vigoa hopped the cashier counter and stuffed a bag with $160,000 worth of casino chips. Despite his protective clothing, Vigoa, a former commando in the Cuban Revolutionary Armed Forces, didn’t even attempt to conceal his face, covering the most important thing of all: his identity. He was apprehended shortly after and is currently serving four life sentences for multiple robberies and the murder of two armored truck guards. 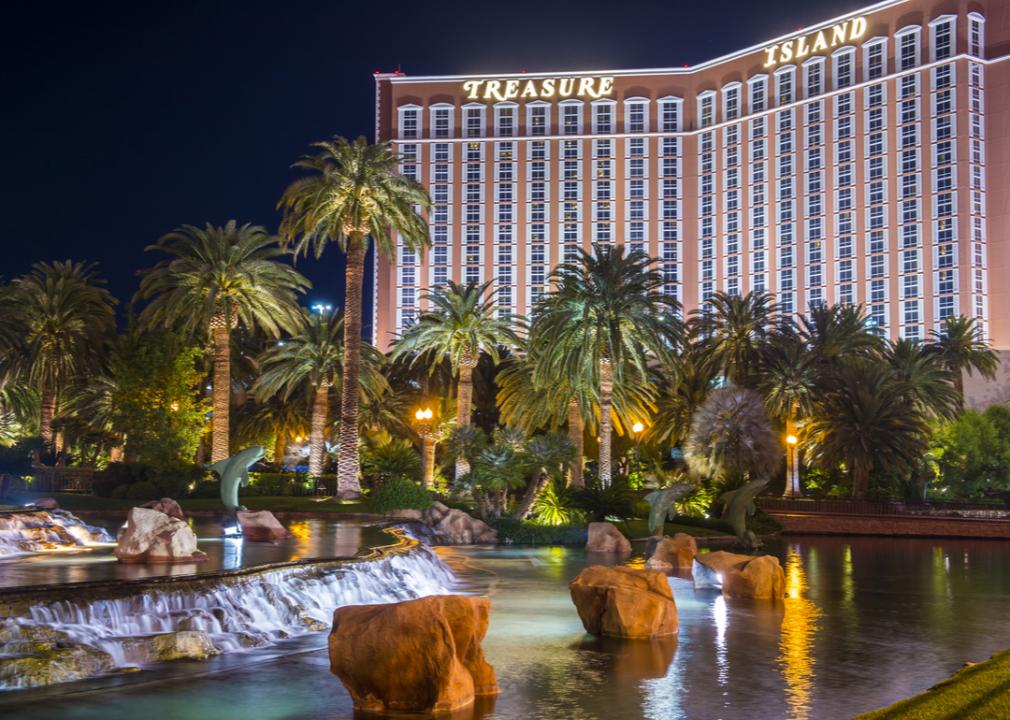 Just the thought of robbing a casino—not a fleeting fantasy about being rich or living out a George Clooney movie, but a thought you intend to act on—is completely unrelatable to most people. To actually make an attempt is outside the average person’s comprehension. To make three attempts at the same casino in a calendar year is a reckless impulse only one person on Earth could have ever entertained: Reginald Johnson. Johnson robbed Treasure Island in July, October, and December 2000, shooting at and injuring security guards on multiple occasions. In his first two attempts, Johnson walked away with more than $30,000. The third time was indeed the charm for Vegas authorities; he was captured and pled guilty to robbery and attempted murder charges.