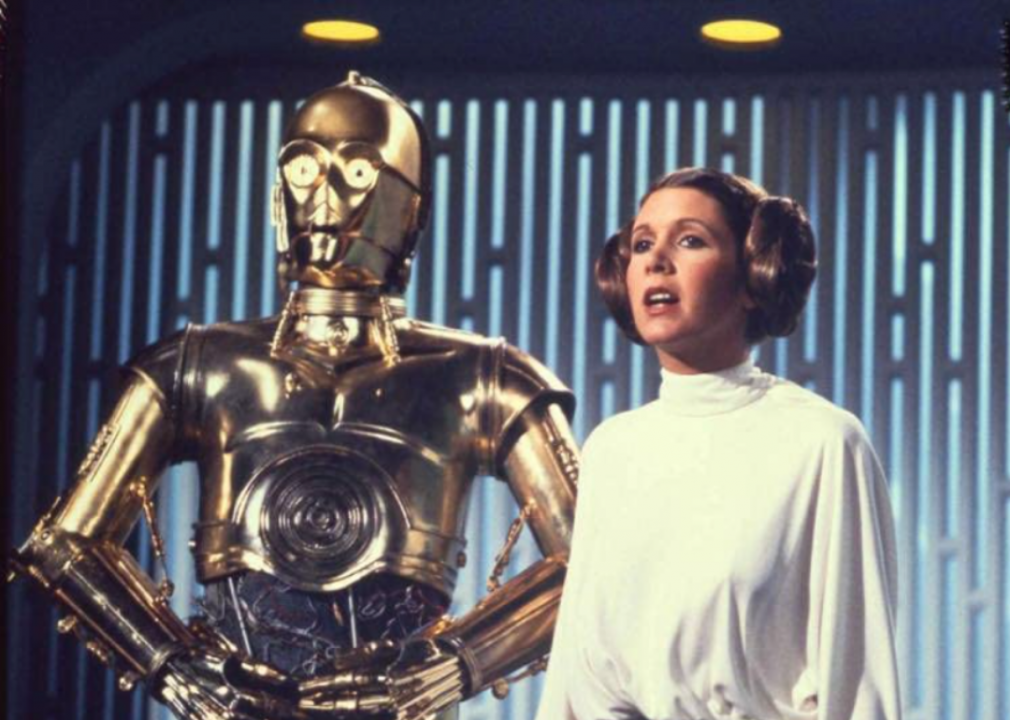 George Lucas’ “Star Wars” saga stands as the most dominant pop-culture franchise of the last half-century. ​​The space western has permeated virtually every medium, from film and video game to slippers and theme parks. But one piece of “Star Wars” memorabilia is notably absent from the canon: the resoundingly panned, time-immemorially terrible, “Star Wars Holiday Special.”

To memorialize that which filmmaker George Lucas has made every effort to erase, Stacker has done the difficult, at-times-unpleasant work of compiling a brief history of the ever-campy, 1978 TV variety show. The special’s plot centers on Chewbacca’s family, awaiting his return to the planet of Kashyyyk. While the family waits, and the Empire stalks the rebels, viewers gain an inside view of Wookiee family life. The (perhaps unintended) high point of the whole fiasco is the short cartoon midway through the special when the world is introduced for the first time to Boba Fett.

Following the staggering, instant success of “Star Wars: A New Hope,” Lucas’ attention and time were elsewhere—notably on work for “The Empire Strikes Back.” While he was looking the other way, production of the TV special went sideways, churning through two directors while Bea Arthur crooned in a cantina, Jefferson Starship performed a reasonably good song about UFOs, and Carrie Fisher, Harrison Ford, and Mark Hamill popped in for regrettable cameos. The star power was strong—Harvey Korman features in three roles including one as a Julia Child-inspired alien chef preparing “Bantha Surprise” with his myriad arms—but even that wasn’t enough to save what for all ostensible purposes ought to have been a slam dunk.

The show, which is unavailable for streaming and can not be found on professionally sanctioned DVD or VHS (though you’ll have no trouble finding pirated versions online and as DVDs in their entirety), has served as the butt end of many jokes in the nearly 45 years since its release. Namely, Carrie Fisher went on the record claiming she put the holiday special on at parties as a way of enticing her guests to leave at the end of the night. Lucas famously attempted (and failed) to destroy all hard evidence of the special’s existence altogether.

Keep reading to discover everything you could possibly ever want to know about the “Star Wars Holiday Special.” 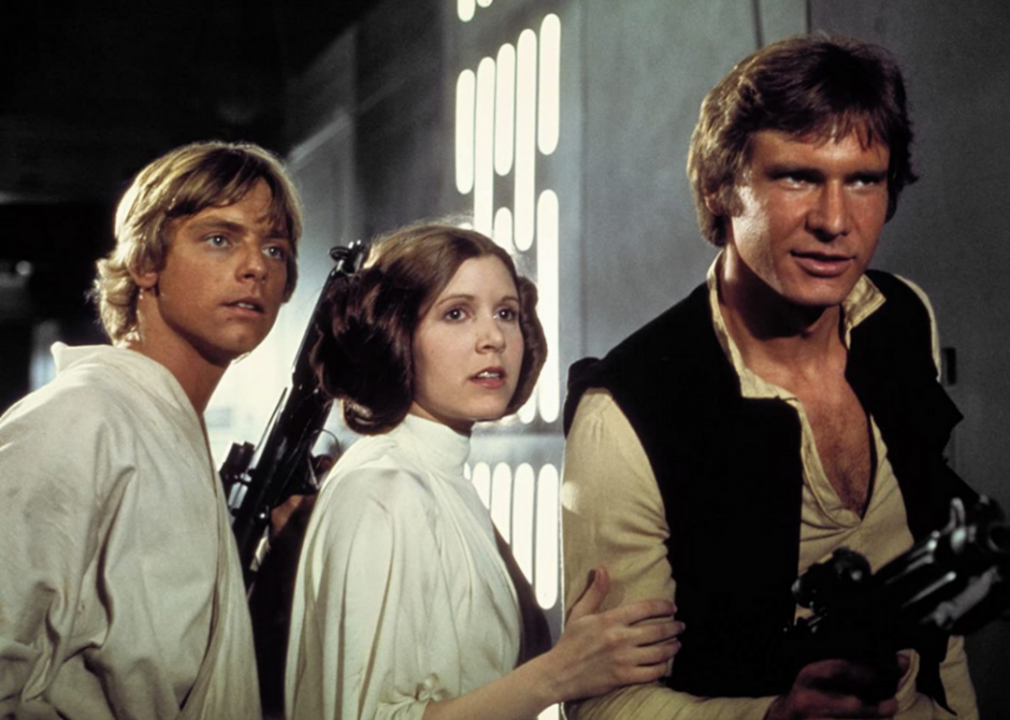 The runaway success of “Star Wars: A New Hope” made Lucas’ brainchild the highest-grossing movie in history, nudging out 1975’s “Jaws” and grossing $775 million. The film wasn’t surpassed until 1982’s “E.T. the Extra-Terrestrial.” “A New Hope” came complete with a unique lexicon, mythology, and intimidating potential for merchandising. 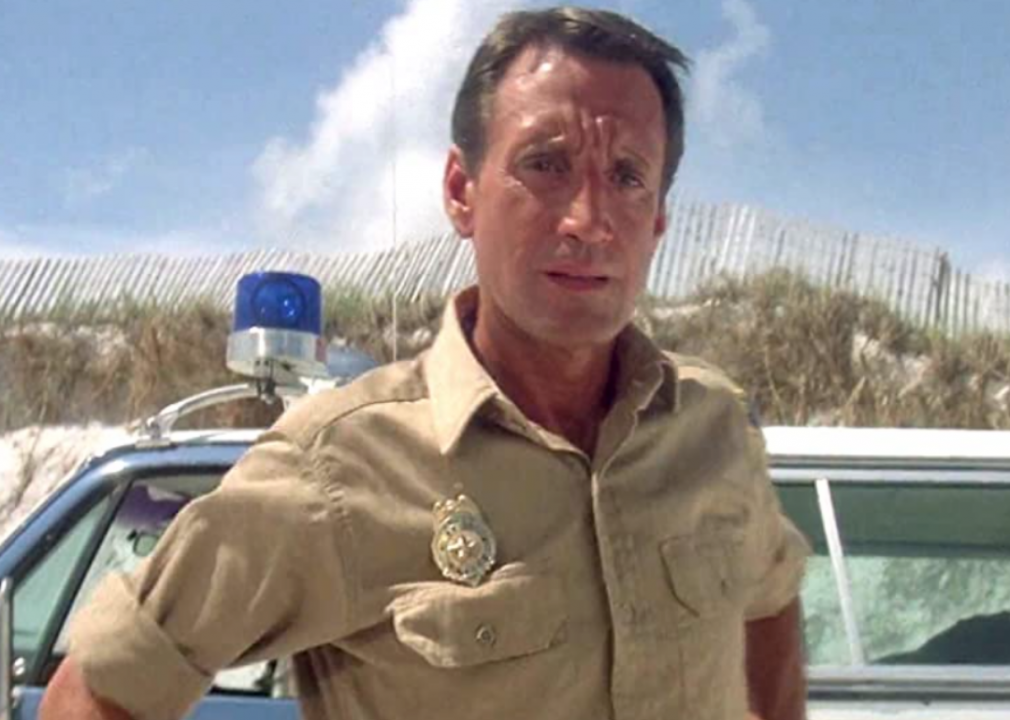 Small-budget films with quick turnarounds like the James Bond series enjoyed enormous popularity in the ’60s and ’70s, but big-budget franchises and sequels were virtually nonexistent. That changed with “Jaws 2,” which made nearly $200 million worldwide on a $30 million dollar budget. The sequel was the definition of big-budget, exceeding the original “Jaws” budget by more than four times. 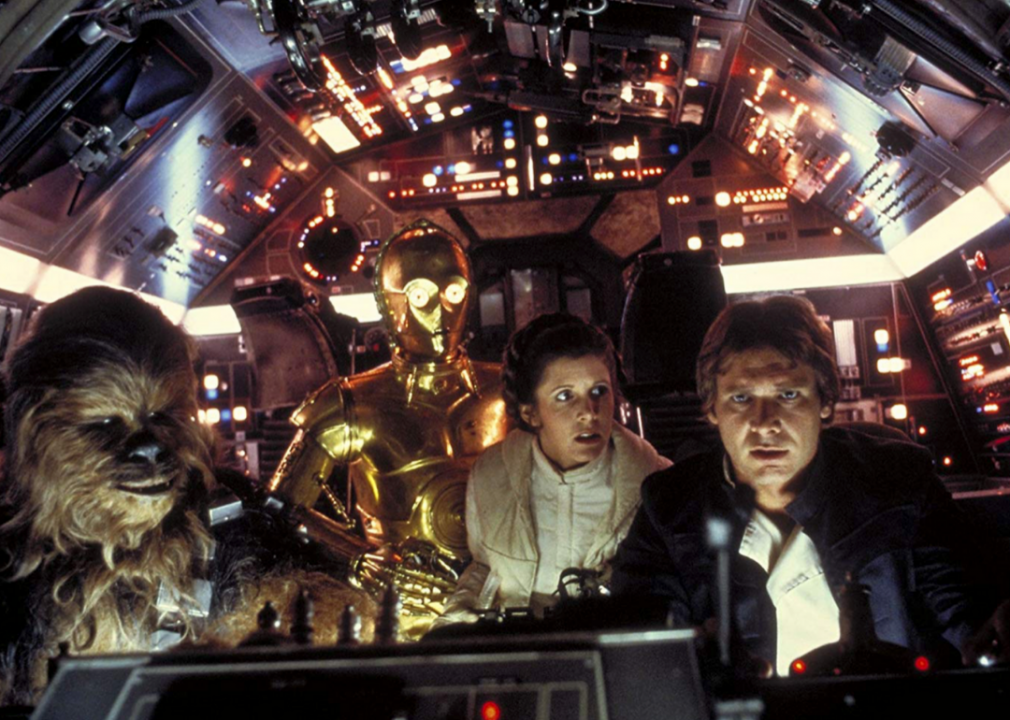 July 1978: Lucas funds production of ‘Empire’ with his own money

The first run of “A New Hope” ended July 20, 1978, and was re-released the following day in response to demand. The return engagement netted $10.1 million in three days. Meanwhile, George Lucas was already nearly a year into plans for “Star Wars: Episode V—The Empire Strikes Back.” To retain creative control over the sequel, Lucas funded “Empire” with his own money.

It was a risky move unlike any that had been tried before in movie history—particularly as the budget exceeded “A New Hope” by more than 150%. 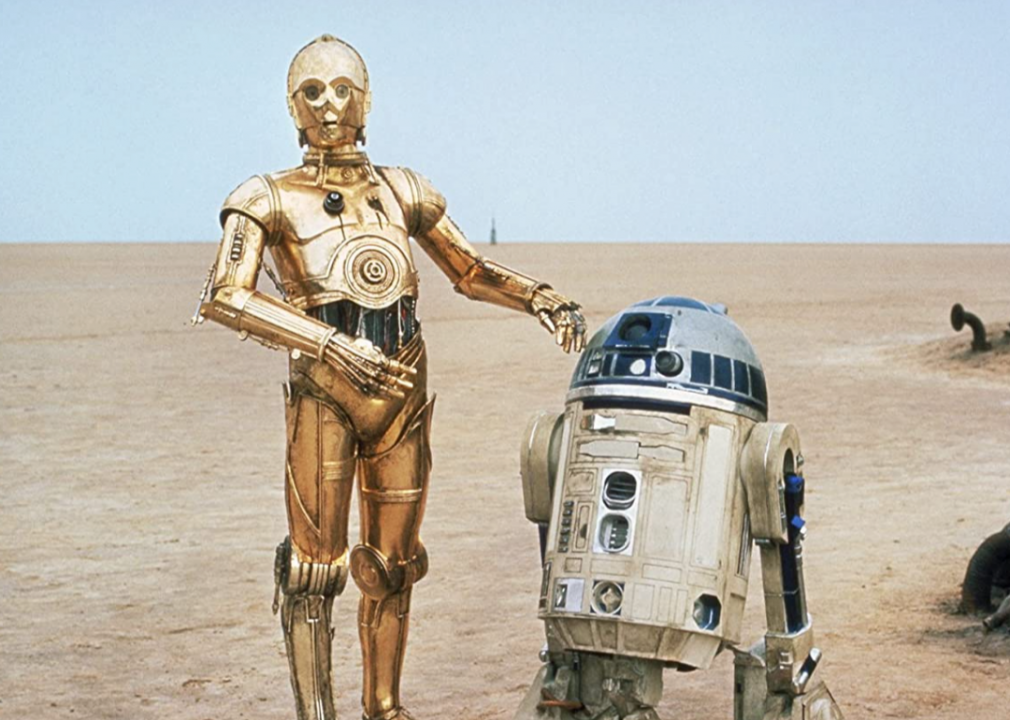 As costs mounted for “Empire,” fears grew that the “Star Wars” universe and its characters wouldn’t maintain a hold on public consciousness long enough for the franchise’s sequel to make a splash in the box office. With little precedent for sequels being promising ventures, ideas began to form for a way to maintain the relevancy of “Star Wars” while gaining new fans in the process. 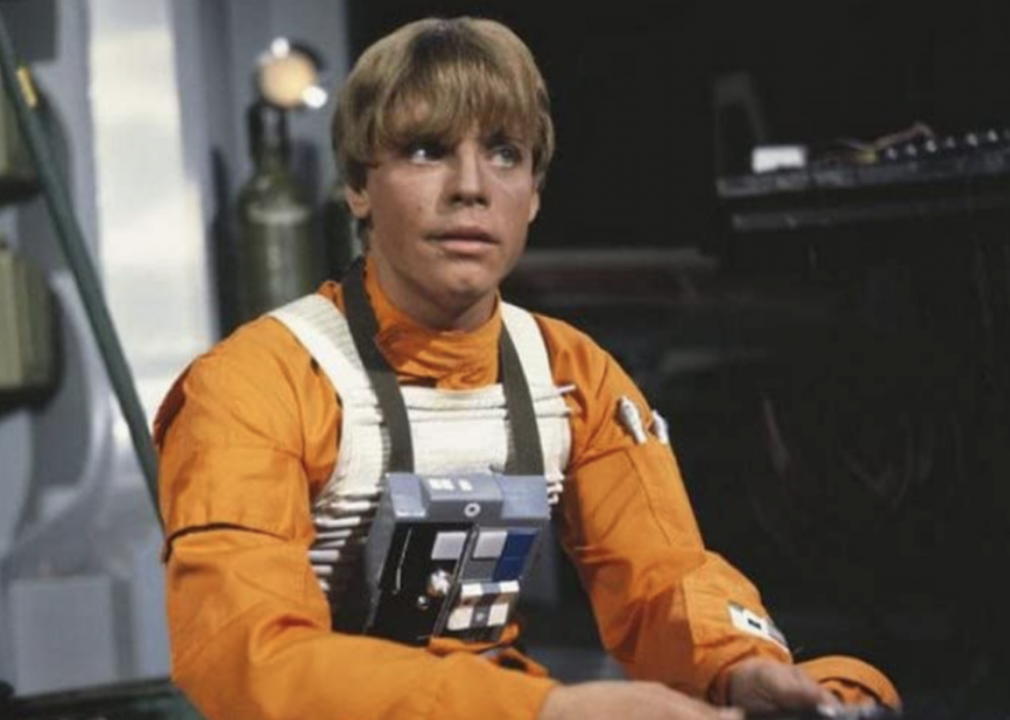 Variety shows were among the earliest offerings of television, gaining steam throughout the ’30s and ’40s and enjoying explosive growth during the Golden Age of television. By the ’70s, major networks had canceled many variety shows that appealed to more rural demographics in favor of catering to wealthier parts of society. Most variety shows had ceased production by the end of the decade, which adds to the mystique of why CBS went ahead and pitched Lucas on a variety show centered on the “Star Wars” universe to be broadcast around the Thanksgiving holiday—and why the famed filmmaker jumped at the opportunity.

Getting “Star Wars” stars and other celebrity household names proved to be a separate challenge: Harrison Ford was particularly difficult to convince; and Bea Arthur, who played the cantina’s bartender, later said she only agreed to participate because her youngest child was a diehard fan of “A New Hope.” 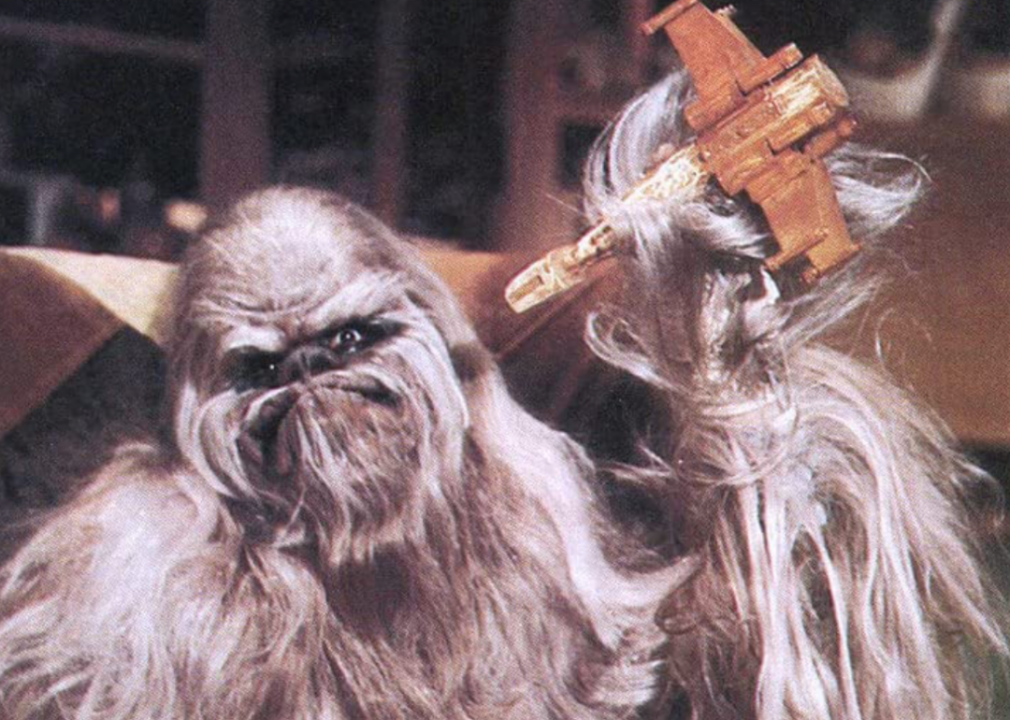 Lucas hands over a simple-if-ill-fated concept

With Lucas preoccupied developing “Empire Strikes Back,” CBS took the reins on production of the “Star Wars Holiday Special.” The caveat would be the death knell for the operation: an insistence by Lucas that the storyline center on Wookiees—namely, Chewbacca’s family. The film creator offered up a six-page treatment for the special.

Lead writer Bruce Vilanch, who later admitted to copious drug use during the screenwriting process, objected to focusing entirely on creatures who grunt unintelligibly without subtitles. Lucas was apparently firm, and the storyline moved forward. 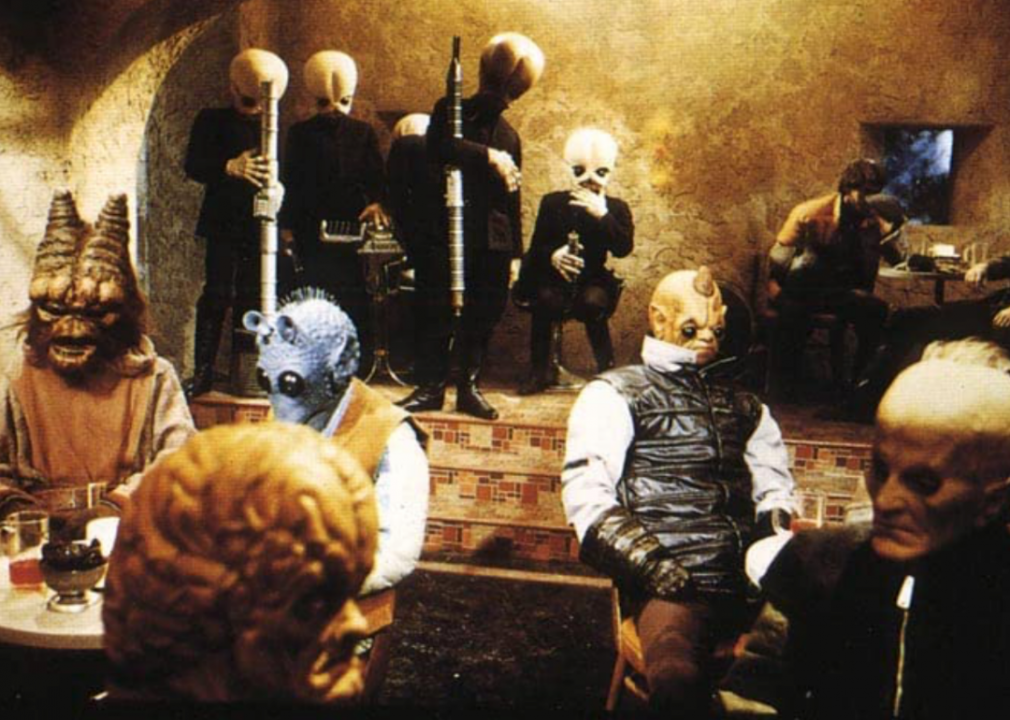 Director David Acomba made it through a small handful of titular scenes—including the cantina and Jefferson Starship’s performance—before departing the production and being replaced by Steve Binder.

Mayhem on set was second nature—from characters passing out during the cantina scene due to lack of oxygen inside the masks and Mark Hamill having to wear almost comical makeup to disguise scars from his recent car accident to an entire scene in which Chewbacca’s father, Itchy (Paul Gale), watches—on primetime TV the week before Thanksgiving, no less—a holographic adult film. 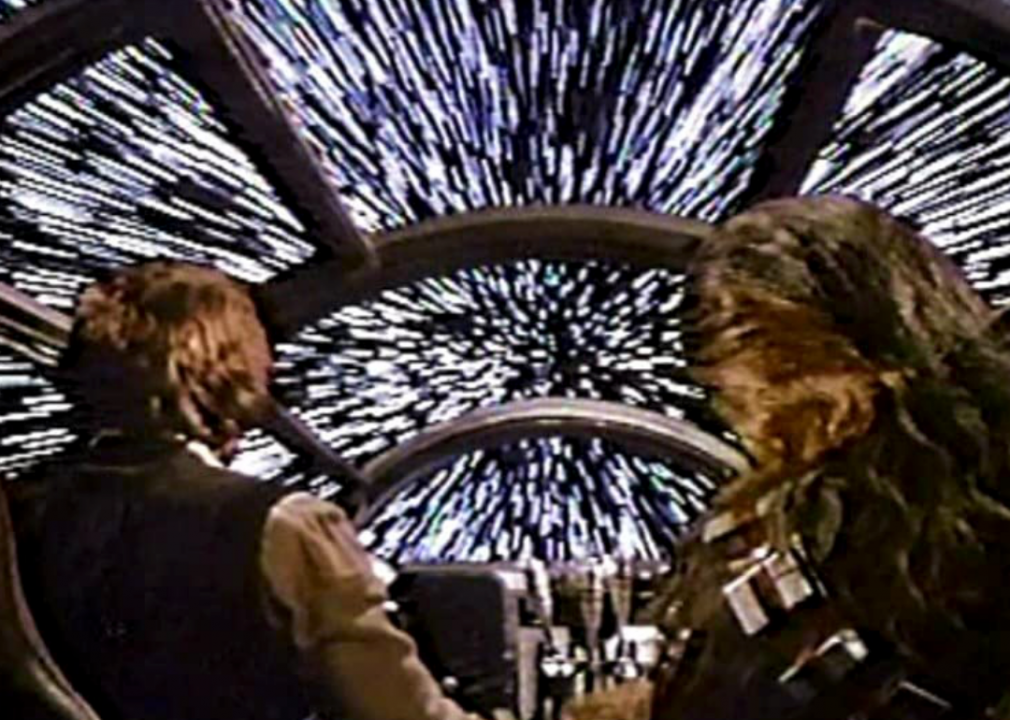 With a plot full of holes and a handful of celebrities begrudgingly taking part, the “Star Wars Holiday Special” made its debut. For his part, Lucas was mortified and successfully halted the show’s broadcast in most territories outside of the U.S. and Canada. At one “Star Wars” convention, Lucas famously said, “If I had the time and a sledgehammer, I would track down every copy of that show and smash it.” The “Star Wars Holiday Special” drew in roughly 13 million viewers nationwide, failing to rate among Nielsen’s Top 10 for the night and losing out to shows including “The Love Boat” and a Pearl Harbor miniseries called “Pearl.” Nielsen data further shows that the largely plotless special hemorrhaged ratings about an hour into the show and immediately following Boba Fett’s debut.

The show was never rebroadcast. 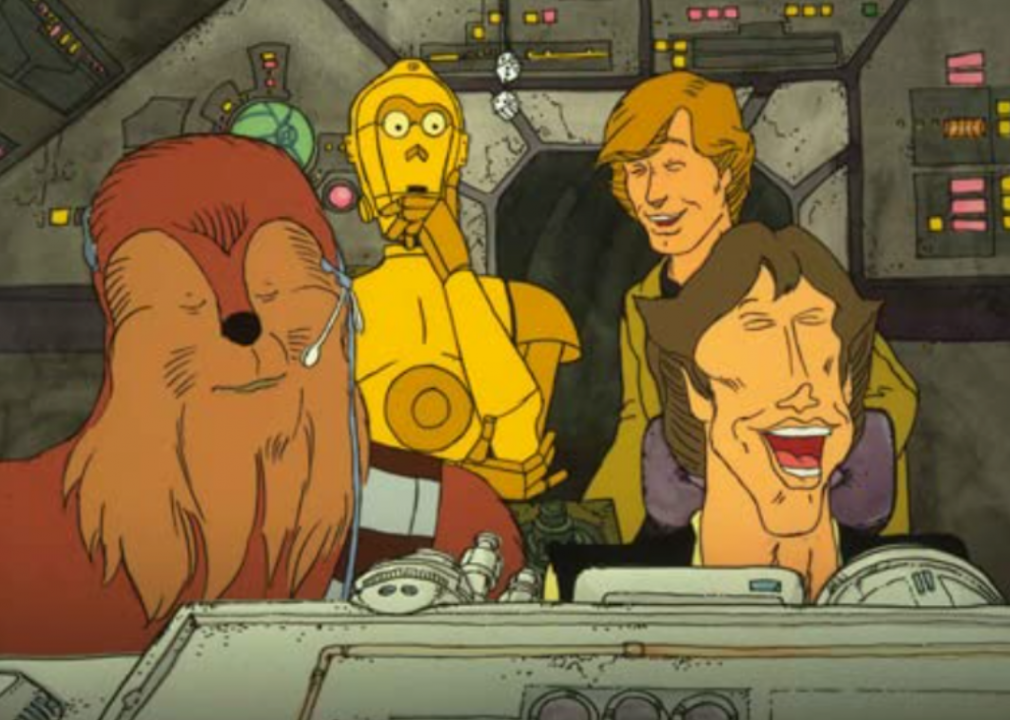 Decades later, the special is the stuff of legend

For all of Lucas’ attempts to buy and destroy every master copy of the production, and the ongoing embarrassment of almost every actor who took part in the production, nothing could stop the “Star Wars Holiday Special” from living on in infamy.

Modern-day plugs—from podcasts like “Stuff You Should Know” to Disney+’s adoption of “The Story of the Faithful Wookiee” interlude cartoon featuring Boba Fett—have contributed to enshrining the “Star Wars Holiday Special” into our cultural fabric. Interviews with cast members have only added to the intrigue: In 2006 as a guest on “Conan O’Brien,” Harrison Ford claimed to have never seen the special and wouldn’t admit it ever happened.

Meanwhile, “The Empire Strikes Back” was released May 21, 1980; it stands as the 11th-most successful of the “Star Wars” movies.