Mississippi company hopes plane will be packed — no, stuffed — to fly Christmas spirit to children in need 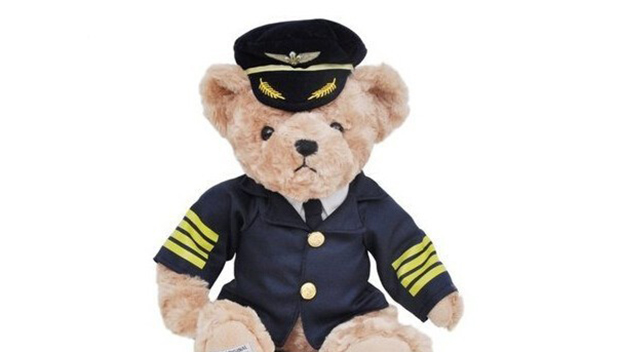 When Mississippi’s Nicholas Air says one of its flights will be stuffed with the Christmas spirit, they mean it literally.

Officials with the private air travel company in Oxford are planning to pack one of its planes with stuffed teddy bears to deliver to children who may not get to celebrate Christmas at home, but at Children’s of Mississippi medical center in Jackson instead.

As part of its Stuff the Plane: Teddy Bear Drive,  Nicholas Air is accepting drop-off donations of teddy bears in all forms, shapes and sizes in the first-floor lobby of their building located at 300 South Lamar Court. The company will be accepting donations until Dec.17,

“A teddy bear is kind of the ultimate comfort for some children who aren’t going to get the opportunity to spend Christmas at home this year with their families,” said Nicholas Air President Peder von Harten. “With even the smallest of gestures, it’s important that we all do our part to help them through a difficult time.”

Nicholas Air is using their means and influence to make what would typically be a somber situation into a better one for the children and their families through this donation, even if it is just for a moment.

“There are few things that are more uplifting than a smile on a child’s face at Christmas,” said NJ Correnti, Nicholas Air Founder and CEO. “If we contribute a small, little part of that then great. That’s what great companies are supposed to do. It’s not just about the business, but the community and the heart behind it as well.”

This is Nicholas Air’s first year with the Teddy Bear Drive. The company pulled together all the staff to come up with the perfect way to give back but make it unique to the air travel company’s brand.

“With a great team here, we get great ideas from all over the organization,” said Correnti. “One of our employees presented the idea to us and while it was a slightly different version, we made it our own by putting an aviation touch to it and doing it right here in our home state of Mississippi. Our roots are here in Mississippi and we want to continue to support all efforts around the state.”

Their roots may be in Mississippi but they have branched themselves out further to extend their brand of influence and charity.

“We do a lot of different charitable endeavors throughout the year and really around the country. Nicholas Air is not just limited to the Oxford community,” said von Harten. “It’s obviously where we make our home and where all of our people live, but everyone came here. So there are folks from all over the country who may have supported a cause in the past where they are from and want to continue that support for that foundation even if they don’t live in that geography anymore.”

Even though they cater to clients from all over the nation, Nicholas Air is heavily involved with the local community and strives to support the area that has become it’s new home. A lot of their initiatives would not be possible if the Oxford community were not as supportive and enthusiastic about each event like the NICHOLAS AIR 5K run.

According to von Harten, the company understands their place to support the people of Oxford.

“Quality of life is easily why I think Oxford has been a big piece for our folks in an industry that traditionally goes into those major metros,” he said. “It ties into what we are doing here. There is a very strong sense of community and taking care of your neighbor [in Oxford]. I think people here understand that you don’t just limit your life to be focused on yourself.”

Although von Harten has no past ties to the LOU community and he travels more than he stays in one place, he said his experiences from all over the country allows him to see how special Oxford truly is.

“Coming here, moving here and living here— I can tell you first hand that it’s just different and it provides for a much easier and, in a lot of respects, a happier life,” said von Harten.

It is that happiness, that sense of community and service to others that Nicholas Air wants to share with Children’s of Mississippi for years to come. Nicholas Air is willing to see how far this idea can go.

“I’m looking forward to it getting bigger and bigger over time,” said von Harten. “It’ll be fun someday if somebody tells me one airplane isn’t enough.”