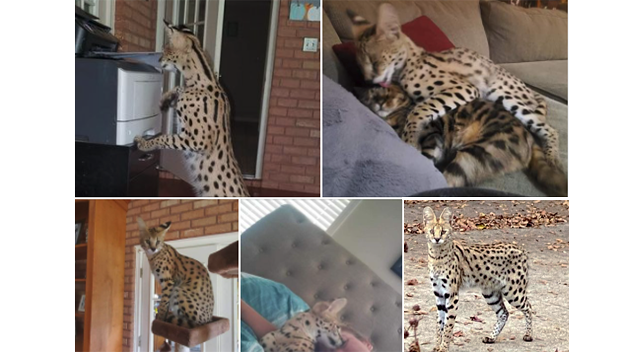 A Mississippi woman has been searching for her exotic African cat since September when the cat went missing.

Shanna Smith said the cat apparently opened the back door  and walked out of her Richland home in the Jackson Metro area.

Since then Smith’s African serval, named Arya, has been spotted several times in various locations around Jackson.

So far, Arya has been spotted in Richland, Florence, Byram, Jackson and Clinton.

Smith is offering a $1,000 reward for anyone who can bring Arya home safely. If you see the serval, Smith said to send her a message on Facebook.

Smith said she doesn’t remember leaving the door open. She also has Bengal cats living in the house. After Arya’s disappearance, Smith has been searching for the animal. She took to social media to find out if anyone has seen the serval.