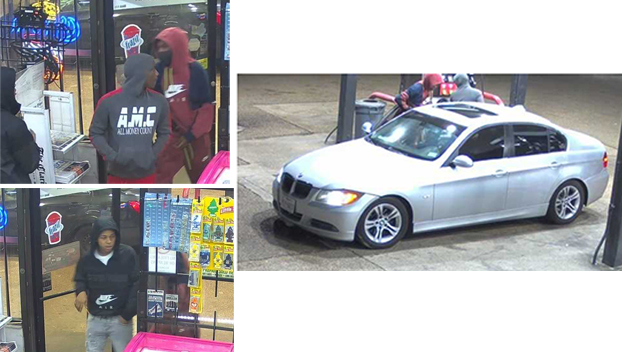 A 23-year-old pregnant woman and her unborn child died Wednesday night after being shot multiple times in Jackson.

Officers said the woman was shot multiple times and that woman and her unborn baby died from their injuries at the scene.

Officials with the Jackson Police Department say they are looking for the suspects in this shooting. JPD released photos of people they believe are connected with the shooting.

JPD officials say Joseph Brown and three unknown males followed the woman from a nearby gas station in a silver BMW with a Texas tag number PLY5622.

Anyone with information about this crime is asked to call CrimeStoppers at 601-355-8477.