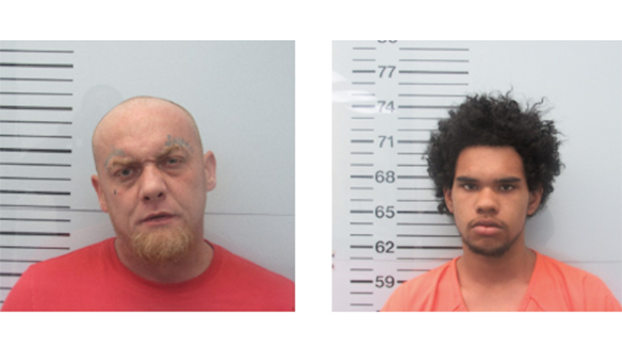 Two Mississippi men have been arrested in connection with a string of auto burglaries.

During the preliminary investigation, officers and investigators were able to identify two persons of interest. On December 12, 2021, officers located the suspect vehicle and conducted a traffic stop for a traffic violation.

The driver identified as Darick Moody, 18, of Oxford, was transported to the Criminal Investigation Division building for questioning and subsequently charged with 12 counts of auto burglary.

Bramlett was located inside the residence and taken into custody without incident then transported back to the Lafayette County Detention Center where he was officially charged with 12 counts of auto burglary and one count of possession of a weapon by a convicted felon.

Moody and Bramlett were both taken before a Lafayette County Justice Court Judge an each received a bond of $50,000.