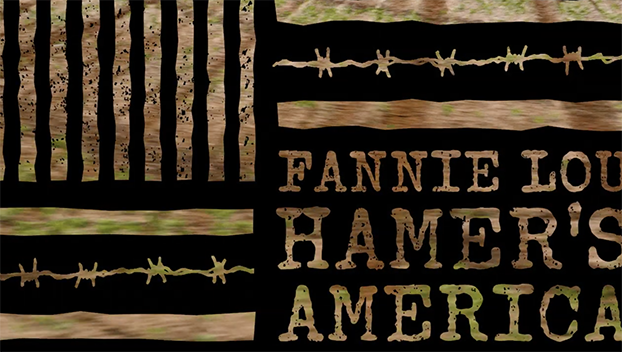 Produced by Hamer’s great-niece Monica Land and Selena Lauterer, and directed by Joy Davenport, “Fannie Lou Hamer’s America” follows Hamer’s life story and the injustices against Black people she spoke out against. The film will air at 8 p.m. CST on Feb. 22, according to a news release by WORLD Channel.

“For 10 years, America ReFramed has shined a spotlight on a transforming America, bringing audiences into communities that are becoming increasingly diverse and introducing them to people whose stories are often overlooked by the mainstream,” said Chris Hastings, executive producer/managing editor of WORLD Channel at GBH in Boston.

Born during the height of the Jim Crow era, Hamer began her activism in the 1950s by attending civil rights conferences. She fought for equal rights for Black citizens and encouraged Black people to register to vote.

After stepping onto the national stage in 1964 at the Democratic National Convention and detailing the injustices and racism she faced on the cotton fields through speeches, Hamer went on to help start the National Women’s Political Caucus and was proactive in fighting for justice for Black women as well.

Her humanitarian efforts helped provide housing, educational programs and food for many in the Mississippi Delta.

More than 40 years after Hamer died from breast cancer and other medical complications on March 14,1977, her story is being told through her own words.

In 2005, distant memories of her great aunt Hamer led Land to consider creating a documentary focused on Hamer’s personal life. She began gathering stories from family with her cousin, Sulla Hamer, about two years later. Land said over 17 years, the team stumbled across newspaper stories she was not previously aware of and overcame many obstacles, including securing funding for the film.

“This has been a very long, hard, emotional journey,” Land said.

Unlike other documentaries about her great aunt focused mainly on Fannie Lou Hamer’s political and humanitarian efforts as told by those who worked with her or distant relatives, Land’s vision for the film was to highlight Fannie Lou Hamer’s personal life.

The film — assembled by a team of civil rights scholars, historians and Hamer’s family members — uses video footage of Hamer’s public speeches, personal interviews and songs, according to the website about the film.

“Fannie Lou Hamer’s America is a powerful film, one that illustrates the challenges and sacrifices so many faced in fighting for the right to vote,” said Sylvia Bugg, chief programming executive and general manager at PBS.

In addition to the documentary, individuals can learn more about Hamer’s legacy through the website, https://www.fannielouhamersamerica.com/, which includes a plethora of material on the human rights activist.

The film and TV series will be available for streaming on worldchannel.org, WORLD Channel’s YouTube channel and on all PBS platforms, including PBS.org and the PBS Video app, according to the news release.

Mississippi waitress, single mother of 4 cried when she…